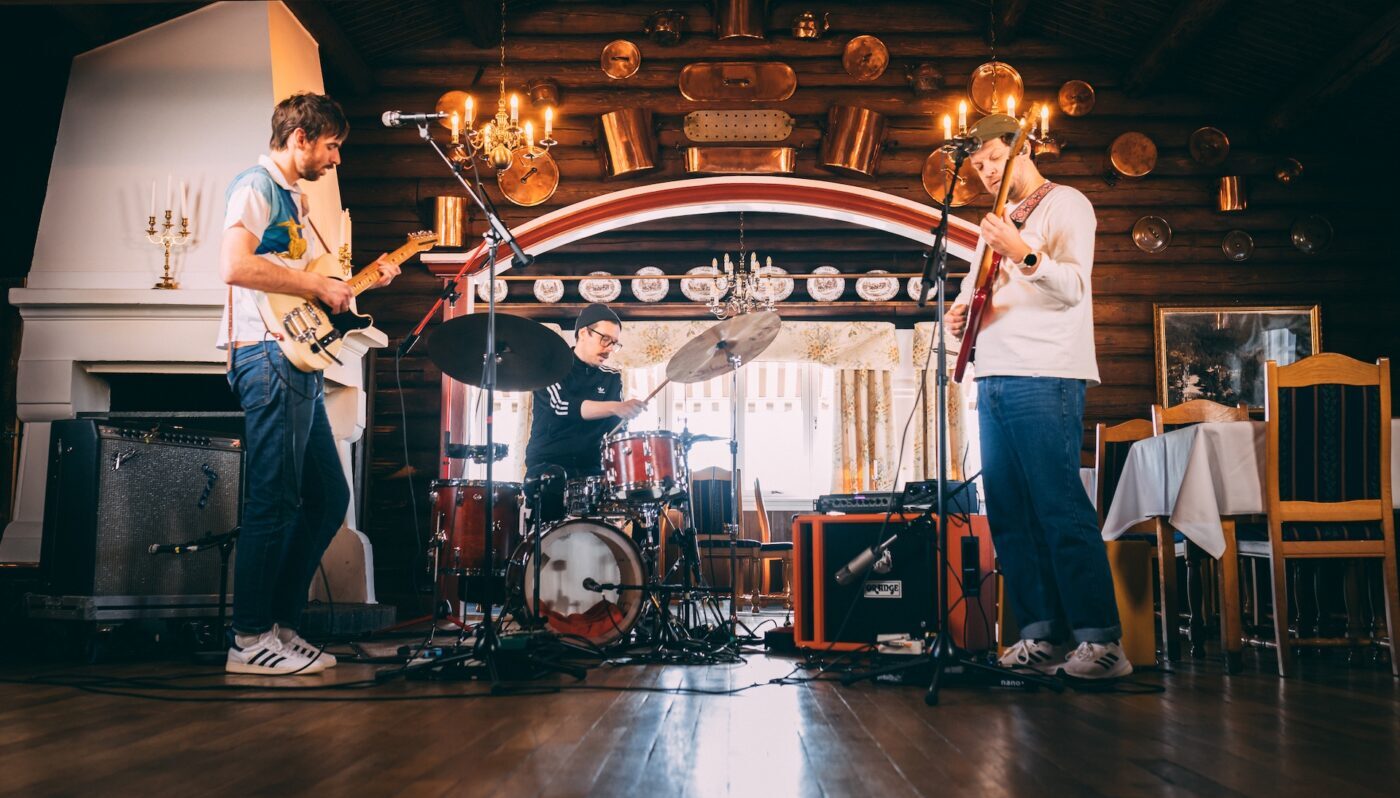 The Great Escape Festival is back with a live, in-person, format set to take over Brighton (11 – 14  May). Signalling the start of the festival season proper, this year there will be over 500 artists from across the globe – including, of course, several Norwegian acts – performing in more than 30 venues spread across the city, taking in the very best that the seaside resort has to offer.

As always, the focus of The Great Escape is on emerging musical talent, but if previous years are anything to go by, there’s some soon-to-be household names on the list. When it comes to Norwegian artists, the festival has an undeniable track record, having played host to this year’s Spellemannpris winner girl in red as well as international success stories Sigrid in 2017 and Aurora in 2015, with homegrown favourites Pom Poko and Fay Wildhagen also making appearances in recent years.

This year sees four exciting acts from Norway, each offering something unique, from pop to punk and instrumental to rock. 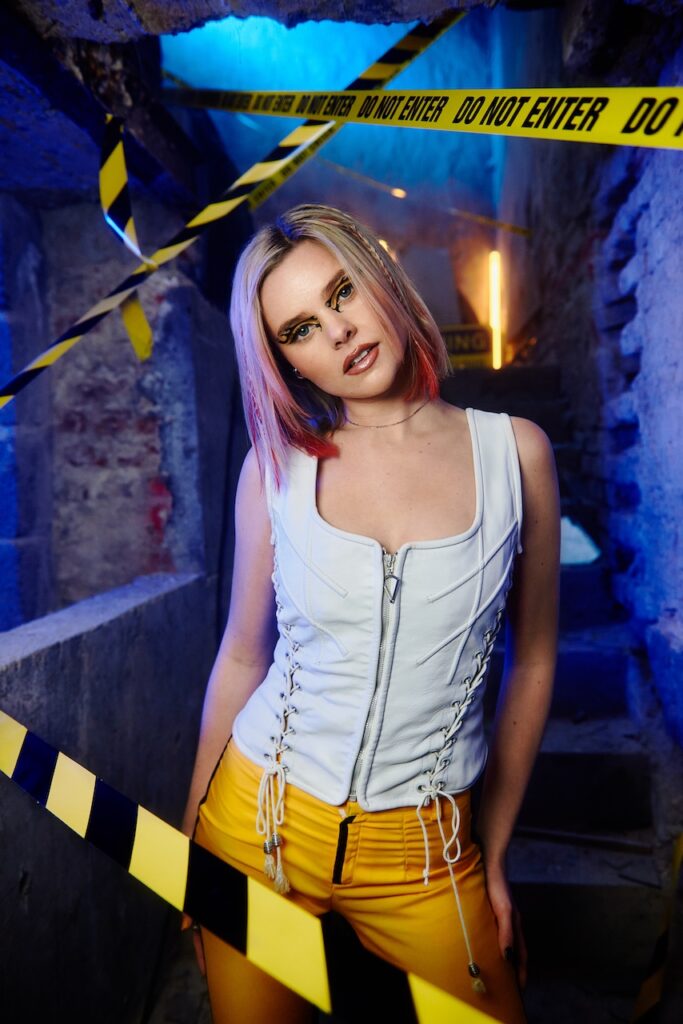 This year, Hedda Mae is flying the flag for Norwegian pop, with two performances scheduled during the weekend. Following the release of her EP The Early Struggles of a Late Millennial in October last year, it has been a whirlwind few months for the Bergen-based singer, who has also announced a new upbeat single, Rhythm To Myself. Arriving fresh from a set of shows at the Spot Festival in Copenhagen, Hedda Mae takes much of her inspiration from Britney Spears and Lene Marlin.

“Getting to play at The Great Escape has been a dream of mine for so long,” Mae says, adding that audiences can expect to experience “a big chunk of energy, sass and joy – and retro bops.”

Offering a more alternative vibe, Lokoy will be familiar to some as the bassist with Norwegian punk outfit Sløtface, but the 26-year-old Stavanger-born artist has been carving out a solo career for a while now, including the critically acclaimed single ‘Malibu’ featuring Marie Ulven from girl in red. 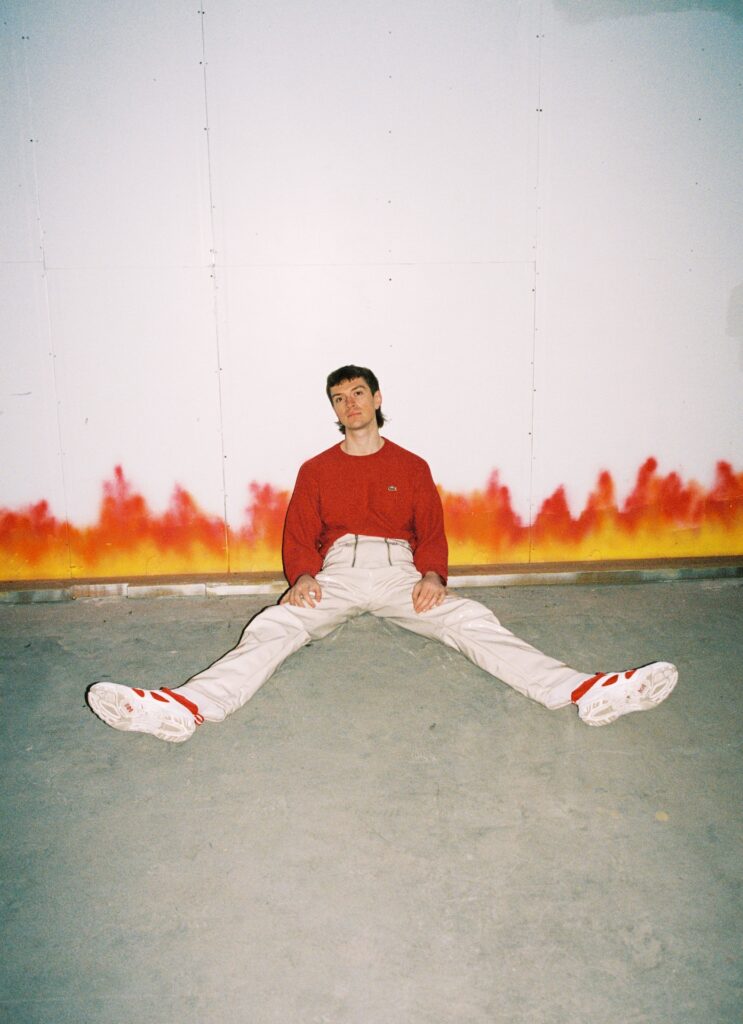 Held in high regard as both a producer and performer, Lokoy’s live shows are notoriously riotous, although he remains tight-lipped about what to expect at this year’s festival, proclaiming only that his performance will be filled with “excitement”. Having recently moved to Los Angeles, he does however see The Great Escape as a chance to “explore new music, see a lot of different shows and be back in Europe.” Asked who he was most looking forward to seeing at the festival, Lokoy endorsed the Irish songwriter April as one of the top non-Norwegian artists performing. 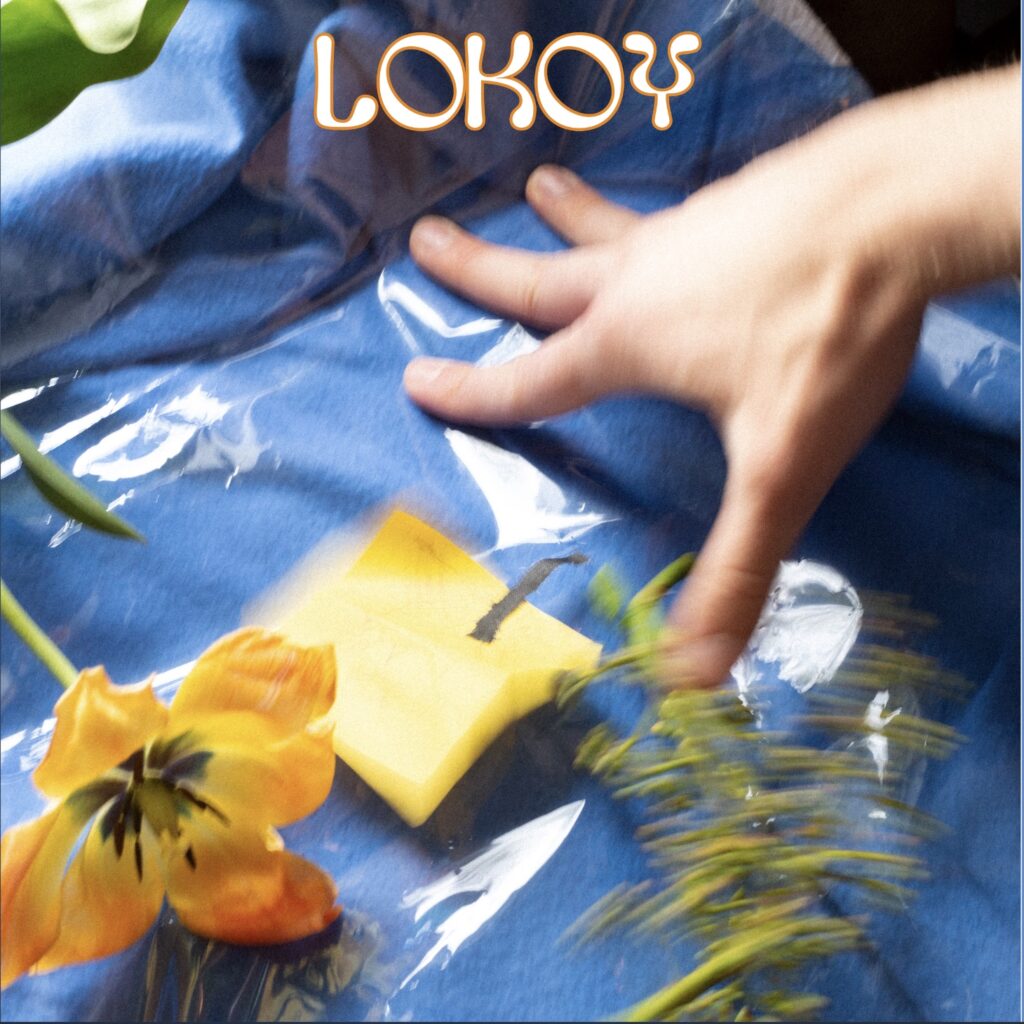 When it comes to recommendations, Lokoy himself features high on the list of Orions Belte, the third Norwegian act to be performing at this year’s festival, with their very own Øyvind Blomstrøm in turn describing Lokoy as “super-brains Lasse Lokøy – making very exciting music that mixes many different elements”.

Bringing their largely instrumental music with a diverse range of influences to the UK, Orions Belte already has two studio albums to its name – Mint (2018) and Villa Amorini (2021) – with each band member also releasing a nominatively self-titled solo album of their own. Arriving at The Great Escape Festival fresh from appearing in the Tallinn Music week event in Estonia, the group are “very much looking forward to finally playing some shows in the UK”, adding “Brighton is a great, vibrant city, and we are also visiting Manchester for the first time on Saturday. It’s going to be great.” 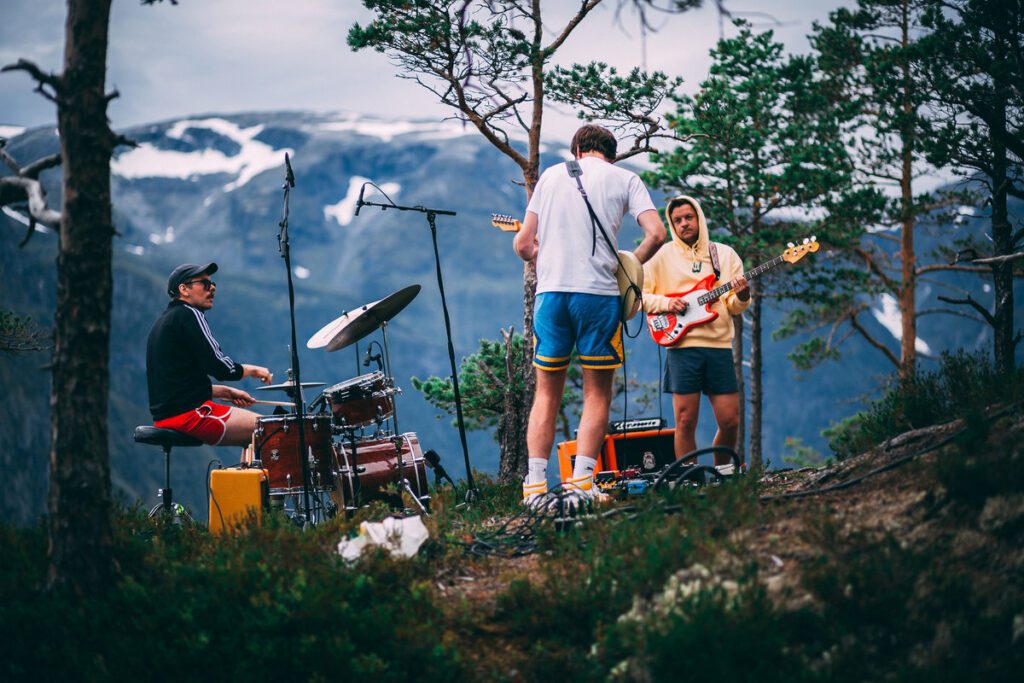 Known for their thoughtful yet playful grooves, Orions Belte form a welcome addition to the line-up this year for anyone looking for a bit of escapism. Drawing inspiration from the fact that the festival remains popular with music industry insiders, the band are also eager to “play in front of an audience that wants to check out new music.” So what should we expect from the trio at their performance this year? “We always play our very best trying to be ourselves and finding new ways to explore our songs.”

Last, but by no means least, are Fixation, a hard-hitting four piece who combine metalcore, stadium rock and post-metal with electronic elements, resulting in what one critic described as “a roller coaster of melancholic aggression.” That energy will see the quartet find favour amongst anyone seeking a slice of proper rock at the festival this year, with the band looking set to cement the reputation of hardcore Nordic bands abroad as those most capable of shaking things up. 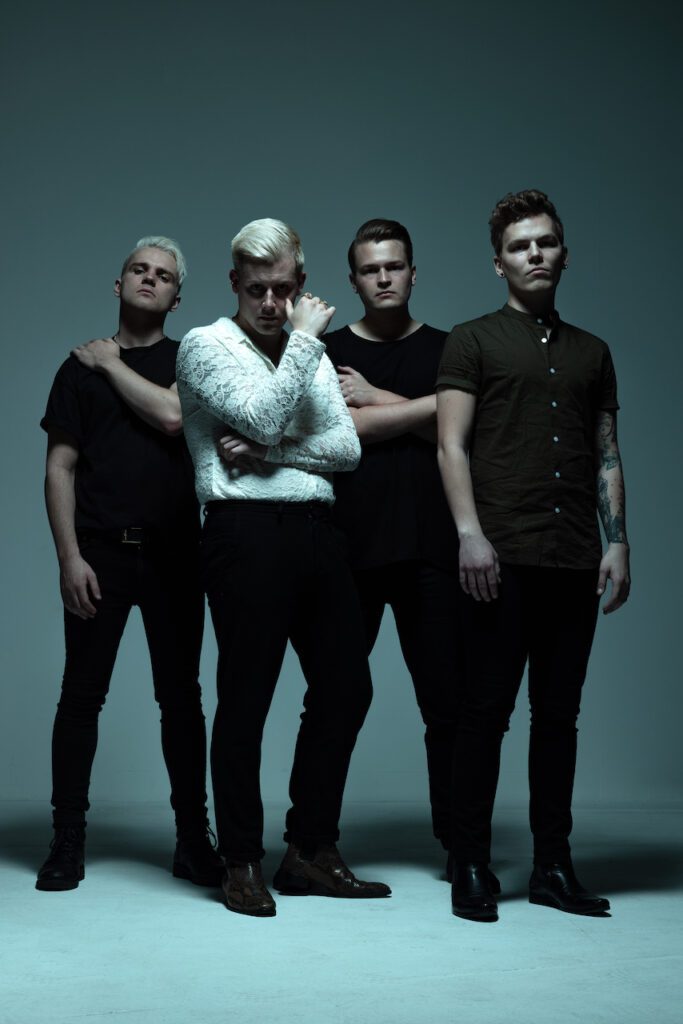 Fronted by Jonas Hansen, the band are hoping to deliver a high-octane show at The Great Escape, telling us “It’s going to be massive, heavy and beautiful. There’s a lot of energy going on in our live performances and it always gets sweaty.” There’s also enthusiasm amongst the group at the prospect of performing live in the UK for the first time. “It’s very exciting to get the opportunity to travel to a different country and play our own music, and the UK especially because so many of the bands and artists we look up to are from there. Aside from performing we also very much look forward to meeting lots of interesting new people, watching shows and having a good time!”

Naming Brazilian singer Alissic as one of the artists they’re hoping to see at The Great Escape, Fixation also recognised the strength of Norwegian talent at the festival this year, adding “we also look forward to seeing all the fellow Norwegians, there are some amazing musicians that are playing.” The Norwegian contingent at The Great Escape has something for everyone as it returns to the stage this year.

Orions Belte play The Hope and Ruin, 6:00pm, Thursday 12 May

11 May 2022 / Dan Cromb is a freelance journalist and photographer who enjoys all things Nordic. When he's not also writing for Ja Ja Ja Music, he can be found on the ward looking after small humans. Categories