At the beginning of 2021, Norwegian Arts took inspiration from new Norwegian music at a time when travel, touring, and so much else remained on hold. With most Covid restrictions within Norway lifted in recent days, three of the artists profiled in that article are playing by:Larm festival in Oslo this week: Fijitrip, ur Monarch, and Niilas.

Described as “the most essential meeting point for the Nordic industry”, this year’s by:Larm will be staged across fourteen venues around Oslo. From 30 September to 2 October, the festival showcases the very best in new and emerging music to a Norwegian and international audience.

by:Larm has been held annually since 1998. By chance, last year’s by:Larm took place in March, just days before the onset of the pandemic. In the words of the festival’s organisers, “by:Larm 2021 will be the first big party after the reopening. A new beginning for us, for the creative industry, for the artists and for you in the audience.” 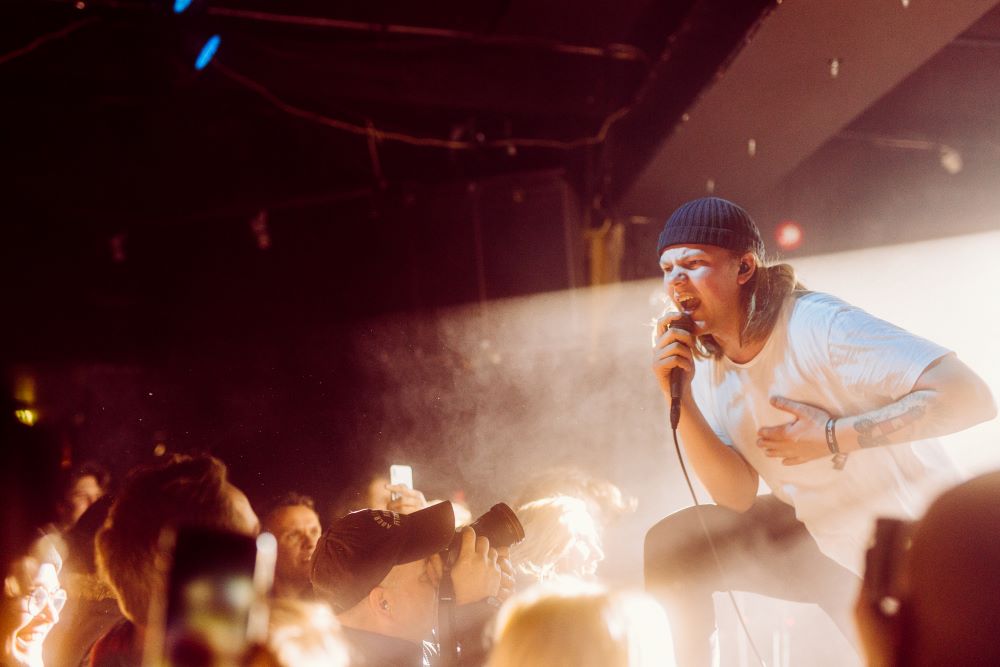 As by:Larm 2021 opens with a new September date, we have again teamed up with Music Norway to take a look at six Norwegian artists to watch out for at this year’s festival, and beyond.

“Norway has finally lifted most Covid restrictions, and after 18 months of limited live music and social gatherings, it’s great that we can again be back at by:Larm, the biggest showcase conference in the Nordics. These six artists represent some of the great new talent within various genres coming from Norway at the moment. It’s good to see that people have been creative and continuing to make music despite the world being closed”
Nina Finnerud, Advisor, Music Norway 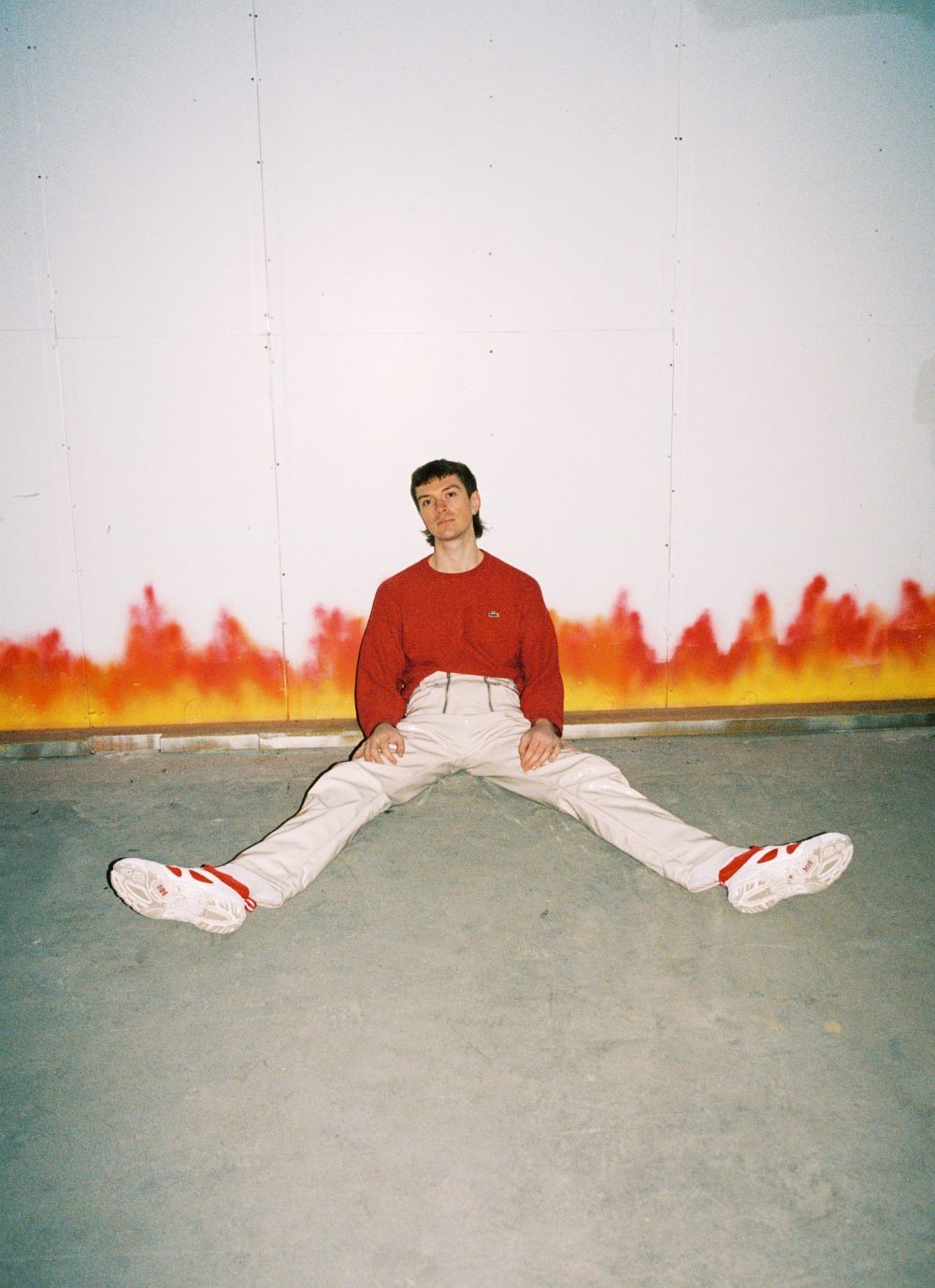 Lokoy (courtesy of the artist)

In recent years, Lasse Lokøy has been on a journey of self-reinvention. He was previously best known as the bassist in Norwegian punk-rock band Sløtface. Described as “a three-dimensional kaleidoscope of electropop”, Lokoy has found new freedom as a producer, his knack for sampling colliding with his love of hip-hop, R&B, pop and electronica, to create a sound truly his own. As Lokoy, his collaborators have included rapper Safario (with Lokoy providing the beats to viral hit ‘GO CRAZY, GO STOOPID’), girl in red (‘Malibu’), and Nils Bech (‘relay’).

Lokoy released the album Badminton in January, much of it written in 2020 during sessions in LA, Sweden, or while touring with Sløtface. The album ranges from the brightly nostalgic title track, which Lokoy identifies as “one of the songs that I’m most proud of”, to the party anthem ‘both eyes’ (another collaboration with Safario). The songs are linked by four musical and verbal interludes, including an Uber driver’s musings on electronic culture. The NME described the album as “a bold statement from an artist with a very sophisticated pop palette and streetwise worldview”. 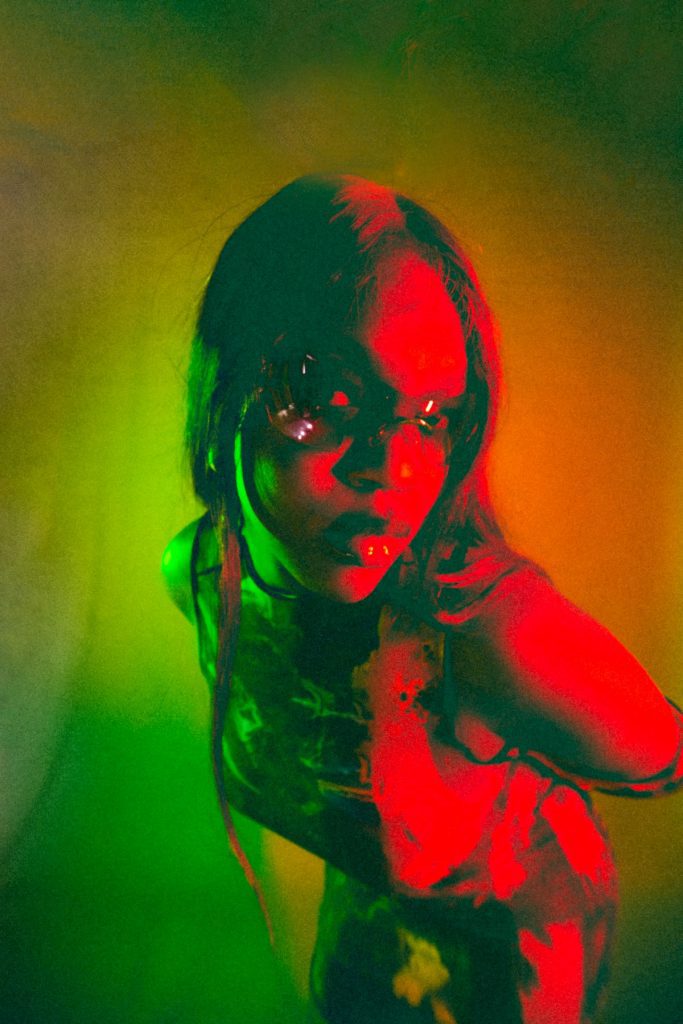 Darkowa (courtesy of the artist)

Phylis Ama Boateng is a Norwegian-Ghanaian artist who initially made a name for herself as a DJ in Oslo, before making her debut as Darkowa last year with the self-released track ‘Uber Black’. Dressed in a leather jacket, black glasses and militant platform-shoes, Darkowa grabs your attention and floats on her star power persona.

Darkowa recently performed at showcase festivals Vill Vill Vest in Bergen and Camp Øya in Oslo, which went ahead while this year’s main Øyafestivalen was cancelled (next year’s festival is scheduled for 9-13 August). This June she released her second single ‘Provider’, with lyrics that describe a sense of infatuation despite the other person’s visible flaws: “You’re my sweetest drug/ Always calling me to say what’s up / I wanted you so bad”. The track continued her refreshing approach to alternative R&B, with references to Afrobeat and UK garage. Look out for her new single this November, and a forthcoming EP from her home studio.

Veps (courtesy of the band)

Having released their six-track EP ‘Open the Door’ this June through Brooklyn-based label Kanine Records, Oslo-based four-piece Veps have been making waves on the indie rock scene. The band described the EP as “a love letter to our teenage years”, noting with a hint of irony: “It’s a coming of age record, but since we’re still in our teens, you might call it ‘coming of age in real time’.”

With their 90s indie aesthetic and classic pop hooks, Veps already have their own distinctive sound. They debuted with the garage rock of ‘Do I Hear a Maybe?’ in 2019, described by Atwood Magazine as an “explosive song – which transitions between electrifying, visceral climaxes and soft, sweet, and tender verse”. Having known each other since childhood, they first started playing together during middle school, taking their name from the Norwegian for wasp, the appearance of which drew a simultaneous cry of “Veps!” during a rehearsal – “a cosmic and random occurrence” as they put it.

Veps come to by:Larm having just played the Reeperbahn Festival in Hamburg. 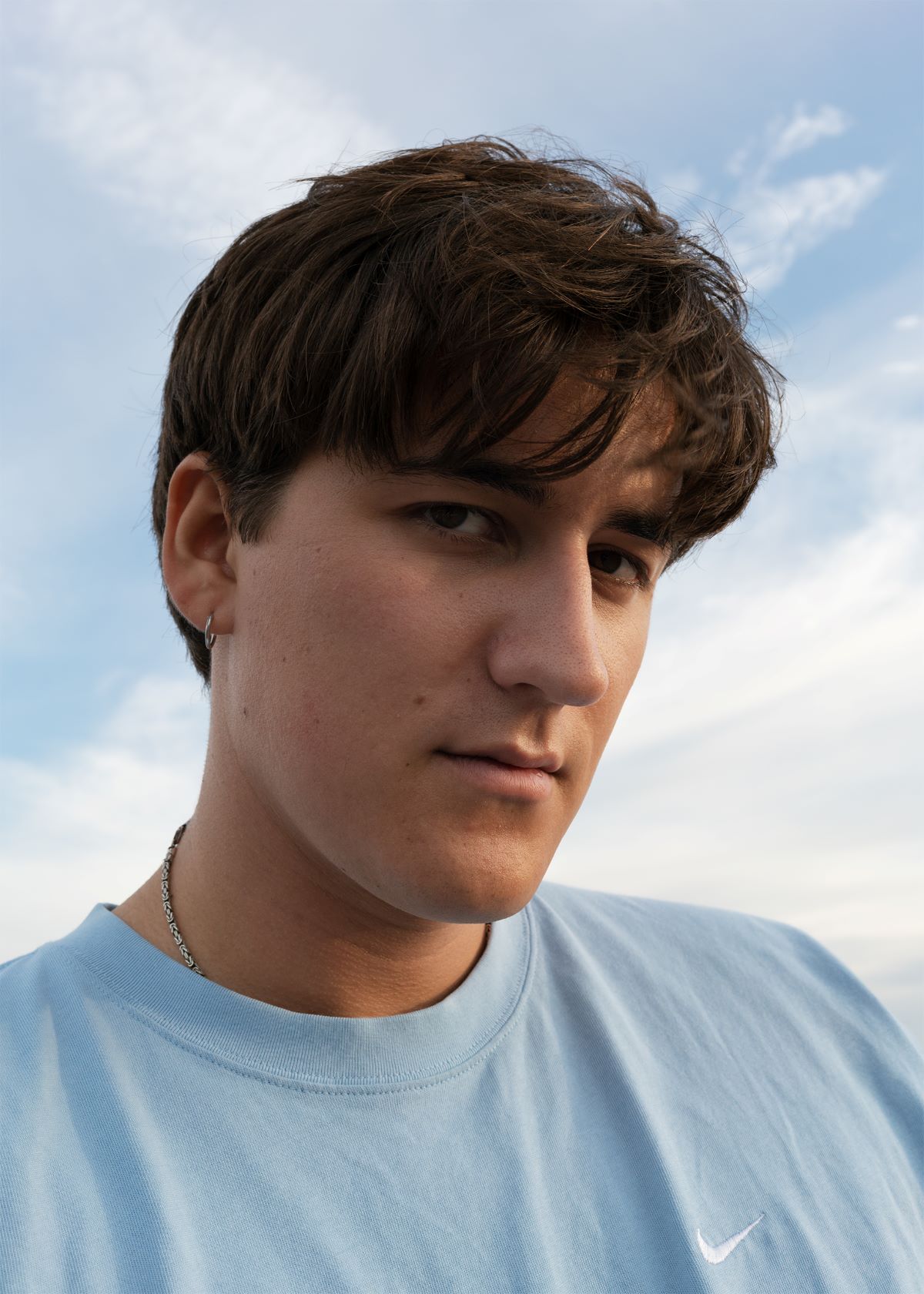 Gabifuego (courtesy of the artist)

After several years as the guitarist for boy pablo, the Bergen-born, Norwegian-Chilean artist Gabifuego (aka Gabriel Nystad Muñoz) has in the past year emerged as a solo artist. While his experience with boy pablo gave him the confidence to strike out on his own, his sound is distinctive and personal, with an innovative mix of reggaeton, indie and Nordic influences.

Gabifuego released the EP ‘Romanticas’ in 2020. The EP included tracks ‘Para Nada’ and the summer hit ‘Contigo Tengo Feeling’, featuring Norwegian singer Astrid S – just two of four singles Gabifuego has released since 2020. Despite the constraints of the pandemic, he has had tracks with Musti and Badestrand Badeklubb, and co-wrote ‘Belinda’ for Marcus & Martinus. His new track ‘Esperando’ features Norwegian rapper EMIR. Like others on this list, he goes into by:Larm following a successful set at Vill Vill Vest this autumn.

Look out for his forthcoming debut album, ‘Calor’, on independent label 777 music. 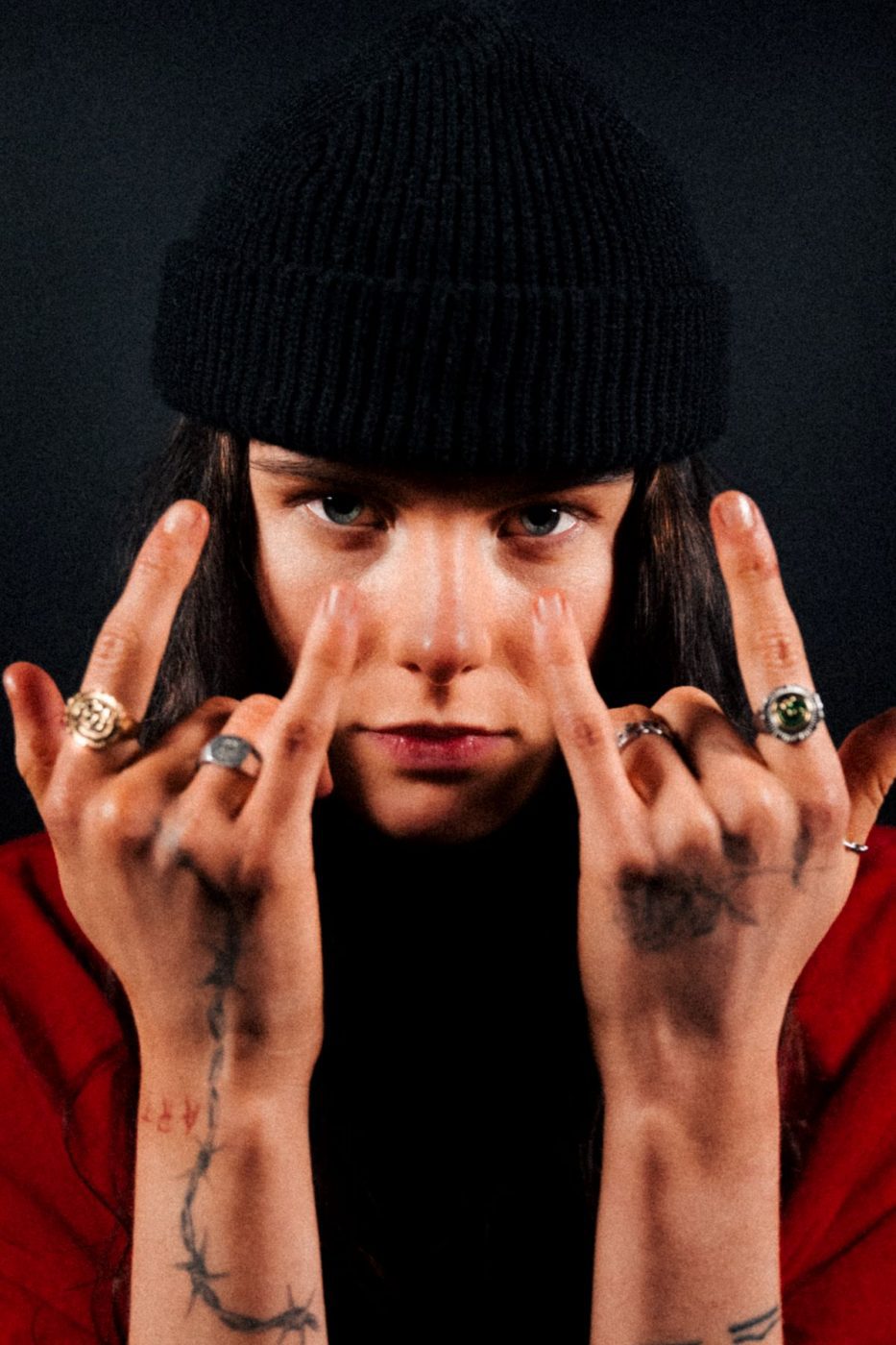 Styled as both a ‘rapper and farm girl’, Ash Olsen is setting a new course for Norwegian rap music. Hailing from Fredrikstad (south of Oslo, near the border with Sweden), her direction was set when she first heard Tupac’s song ‘Only God Can Judge me’. She recalls: “I’d never rapped before. And I instantly loved it. I went home that day and just never stopped.”. Olsen took inspiration from the song’s defiant attitude, knowing that her origins were bound to make her an unlikely figure on the rap scene. After the success of her debut ‘KITKAT’ in August 2020, Olsen shunned approaches from record labels, choosing to release her own music through her label EZ Money. Success followed, with tracks like ‘WILDIN’’ and ‘ROSALIA’ (with its rhythmic, chant-like chorus “Rosalia, Rosalia you moving so fast like a cheeta”). Ash Olsen is being tipped for big things in the Norwegian media, with praise from both the radio channel NRK P3 and the newspaper VG. 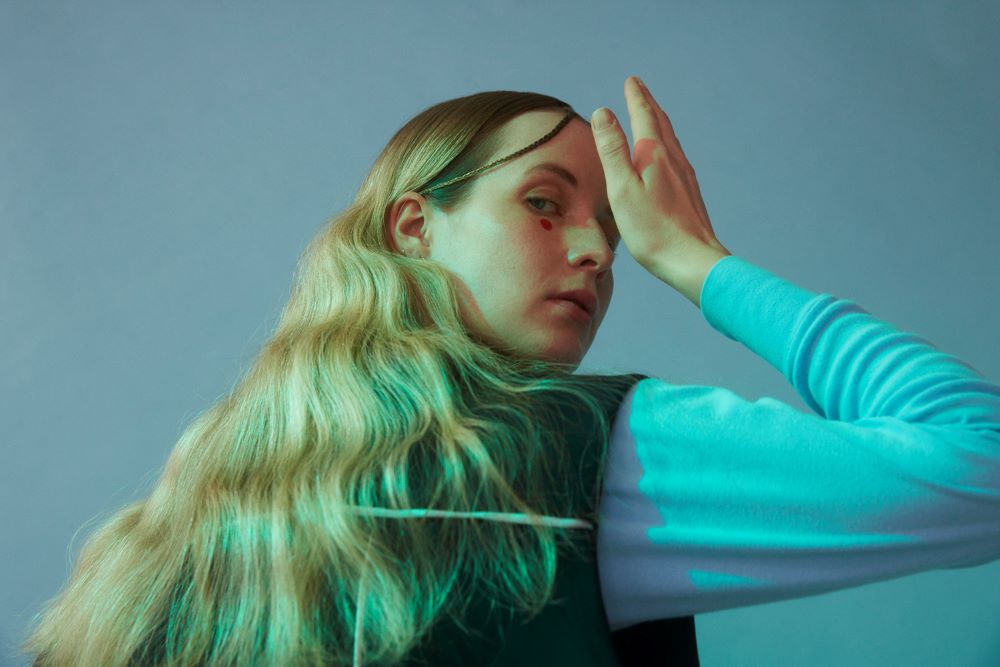 Hôy La is the alias of Ingri Høyland, an artist who uses soundscapes to explore inner feelings of anguish, anger and vulnerability. With its cyberpunk, pared-back sensibility, her music creates an experience that has been likened to “floating through a futuristic underworld, with red neon lights, noise and industrial architecture.”

In 2018, Hôy La debuted with her song ‘Please’, a “sultry, trip-hop saturated invitation into your dreams”. She followed-up with her EP ‘X Heads’, and performed at Roskilde Festival in 2019. Before the pandemic she also toured Japan, working with taxidermist Chika Matsuda, whose story is told in the music video for ‘Saturday’, to the backdrop of Hoy La’s tense, driving music. Line of Best Fit described ‘Kids’ as “a fragile, tense lullaby.”

Hôy La’s forthcoming album ‘There’s a Girl Inside My Brain Who Wants to Die’ will be released on 8th October.

From the NA Archive: Interested in learning more about the history of by:Larm on the Norwegian music scene? Read Luke Slater’s article from 2016 on the festival’s history.