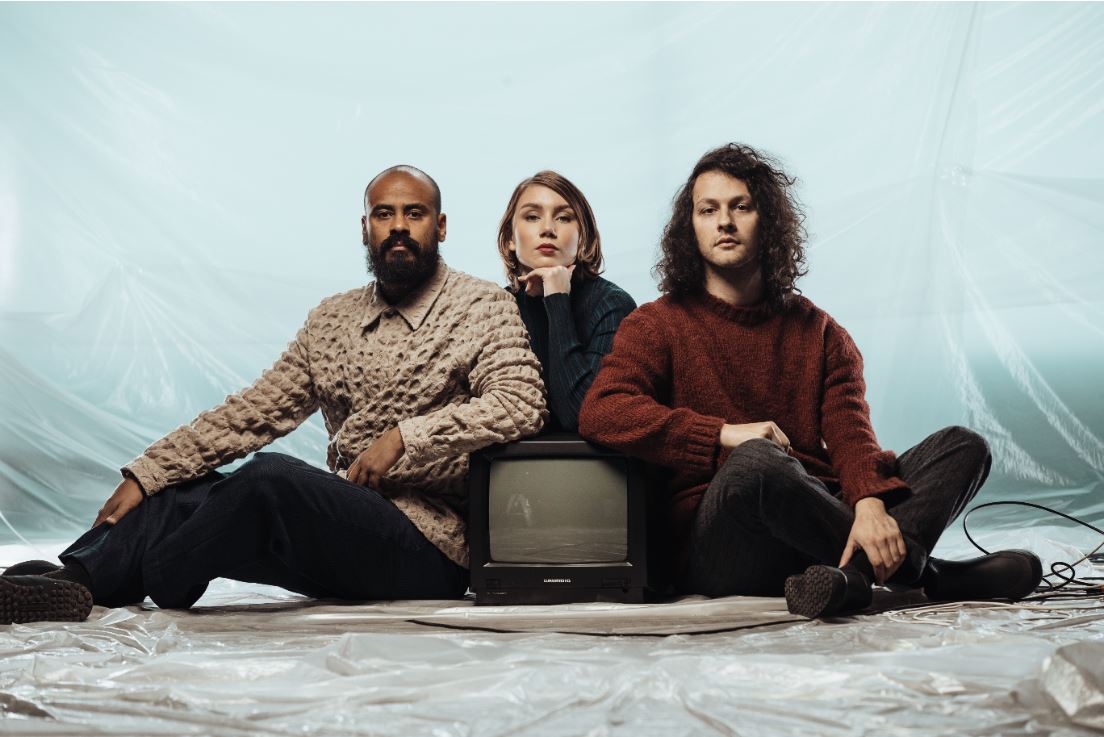 The music industry has been one of the hardest hit industries of the long-lasting and ongoing Covid-19 restrictions. Luckily, the pandemic doesn’t prevent artists from making and recording new music. While waiting for live concerts to return to the UK, we look ahead to these up-and-coming names in  Norwegian music in 2021 to bring hope of a brighter tomorrow.

The British fascination for Norwegian artists has increased with the international success of the likes of AURORA and Sigrid. But it’s not just the big names that are contributing to the positive trend; the Norwegian music industry’s export facilitator and promotional organisation Music Norway reveals how the UK has been a focus for a long time.

“The UK is the third largest music market in the world and has long been one of Music Norway’s priorities. Through the years we’ve been part of building a solid network and connections between the British and Norwegian music industry, which has provided great results at both ends” – Music Norway

“Over the past few years we’ve seen an increased interest for Norwegian artists, songwriters and producers in the UK, which is reflected in the British music charts, press coverage, various awards and the amount of concerts with Norwegian artists,” says Nina Finnerud, project manager for Music Norway’s activities in the UK. 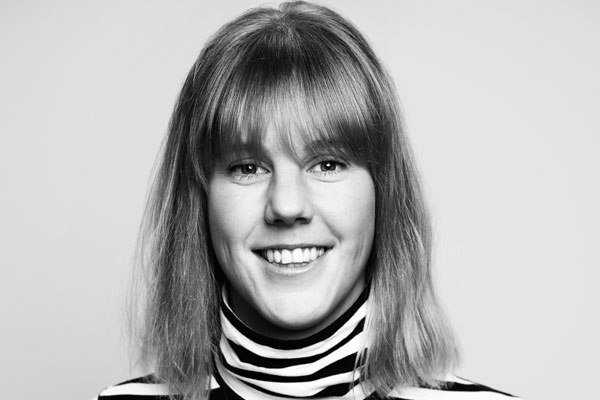 It’s no surprise then that more and more smaller and independent artists are looking towards exporting their music to the UK, with many dreaming of playing live in London and other cities. Here are some of the new up-and-coming acts to keep an eye out for!

The road to success for 23-year old KAMARA has seemed pretty straight forward. She played the Øya festival before releasing a single track and then got play-listed on national radio. By:Larm festival buzz was followed by a record deal. And then came her nomination for the Newcomer of the Year award at P3 Gull. The sky seems to be the limit for the vibrant, self-assured and fun artist from Bergen, but she is also in the middle of something she describes as a “quarter life crisis”. 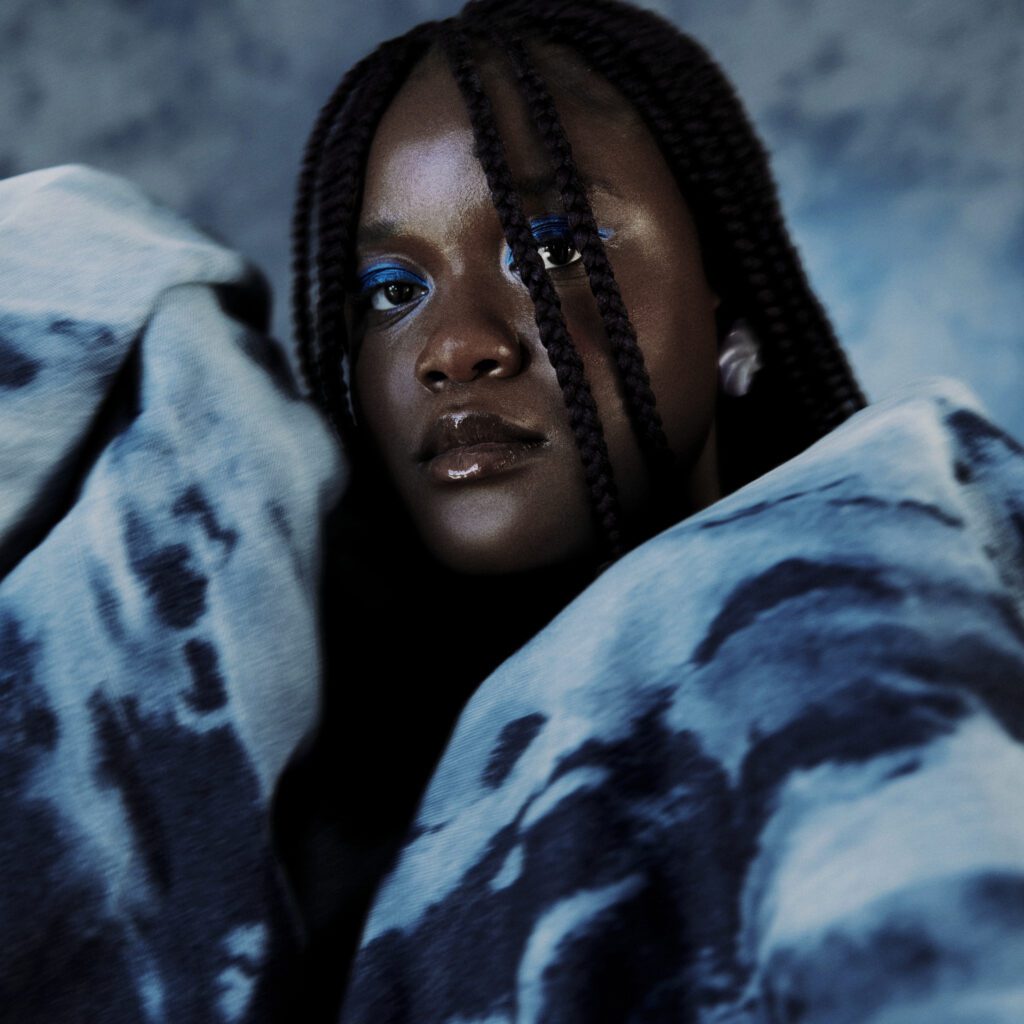 “The last three years have been so rewarding, but also extremely demanding. And just as I thought life was going to get a bit easier, along came 2020. I’ve been forced to delve deeper into what challenges me, so perhaps it has made me more creative and purposeful,” KAMARA says.

The soul-searching has paid off, as KAMARA’s debut EP The Long Way Home is due to be released this spring and is described as a collection of songs inspired by the necessary and unnecessary detours of life.

“You cannot take shortcuts on the long way to finding your true self, finding home,” she says. 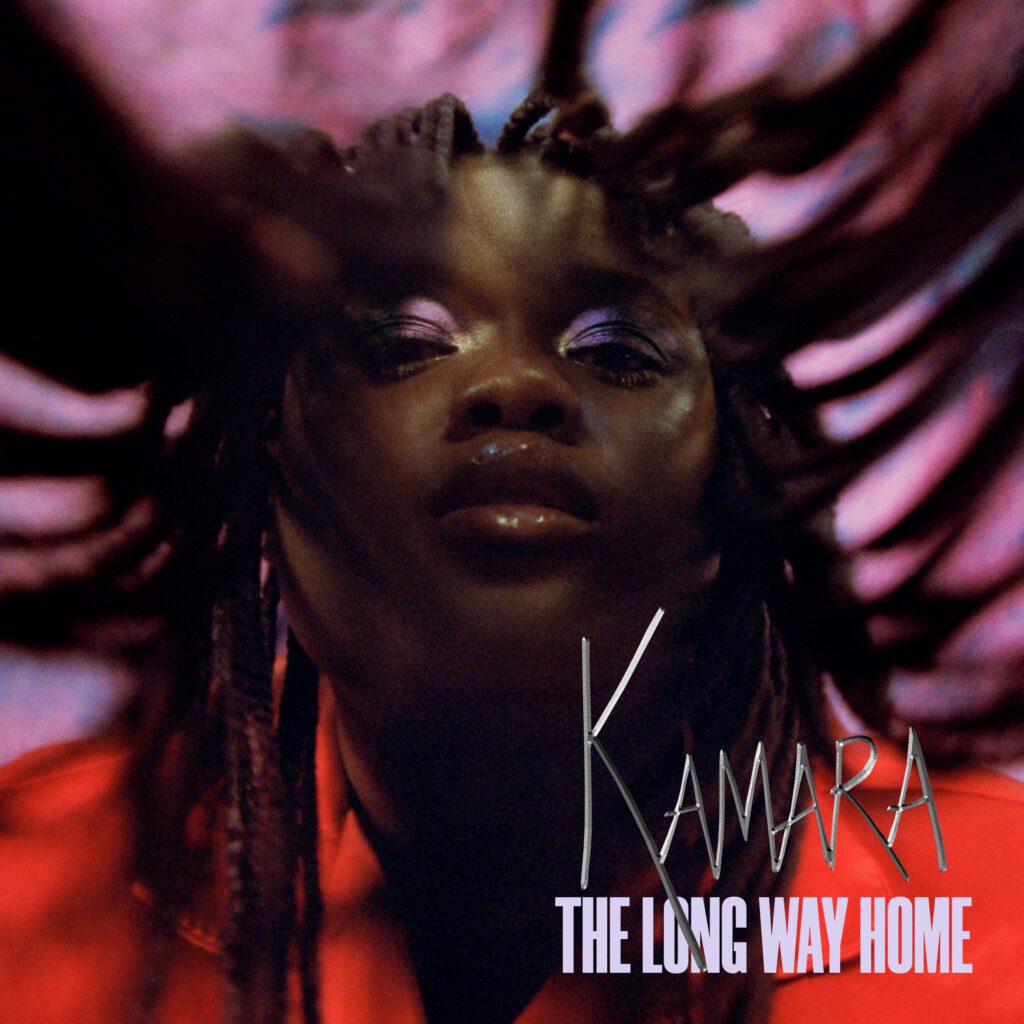 One of the most anticipated tracks is Carry You Home, where KAMARA looked within for inspiration. “This is one of my favourite songs I’ve written,” she says. “It’s about setting boundaries, it’s about respecting yourself, to form stronger relationships and have a greater sense of self.”

“I hope my music can be a tool for expressing emotions,” she continues, “talking about what is difficult, or giving the courage and sass needed to put your foot down when needed.”

Mix love, life, and technology, and you get the essence of Fijitrip’s music. The 20-year-old merges these areas in both his life and his art.

Having released music for the first time in the middle of a global pandemic, with his debut EP Tech in April 2020, Fijitrip has had an unorthodox start to his musical career.

“I’m genuinely looking forward to a future where I can plan an album cycle where it’s normal to play shows again. Now it’s all a big pause. Hopefully, I can help someone with my art/music living a bit tough right now (as we all do). Someone might connect with it on a more personal level, that’s what I aspire to,” Fijitrip says.

His signature style is an electronic-influenced, alternative-experimental sound peppered with passionate vocals and poignant lyrics. He aspires to promote the place music – and the arts in general – have in the world. “The art I create myself is already a result of today’s world so naturally I try to predict where we’re going,” he says. “3D exists within the world we live in right now. It exists in this modern world, mostly online, I think. It’s [normal] to be completely apart from each other while expressing emotions via technology and simulating closeness.”

Fijitrip is due to playing at Trondheim Calling festival later this year, subject to circumstances, and is also set to release his second EP called 3D in 2021. A UK tour will hopefully follow soon.

Newcomer ur Monarch, from an island outside of Bergen, makes music you can dance to influenced by Asian sounds, autumnal-vibes and long road-trips. After playing at the digital Vill Vill Vest festival last year and being named one of the artists to watch in 2021 by Tidal Norway, this spring will be busy for ur Monarch, who is due to release several songs and a debut EP in the upcoming months.

Thanks to virtual remote sessions, she has been able to maintain their connection to UK-based producers, meaning that production has not slowed down despite of the global pandemic.

“I am very excited to release my music. And I notice that faint but sweet tingling in my fingertips as the date draws closer. It’s soothing, in a way. I have spent the last two years in the studio trying to figure out my own sound, and how to present it properly, and now I finally have that sense of calm. It feels very nice to be able to show people what I have been working on for so long. I’m going to release a couple of very recent songs and some from the earlier days. I consider it a good mixture,” ur Monarch explains. 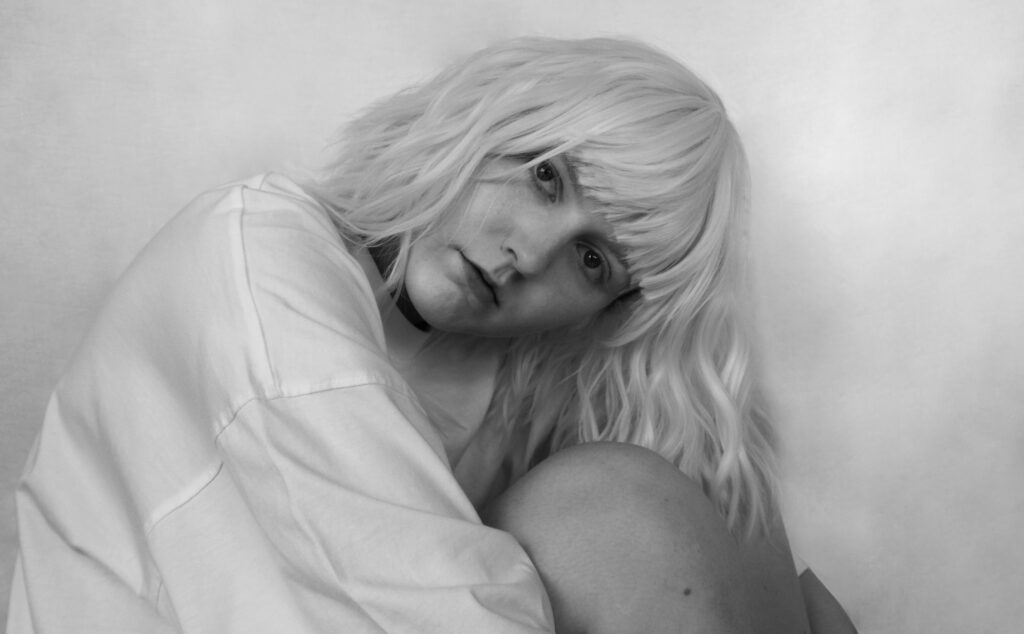 ur Monarch. Photo by ur Monarch

The only gig lined up so far is Trondheim Calling, but ur Monarch is also working on several collaborations and we can look forward to seeing the result of this closer to the summer.

“Going forward I hope to make more music and release a small bundle of my songs for you to hear. As soon as the world opens up again, and it’s safe, I can’t wait to dance my heart out at concerts together with all of you,” she says.

Fingers crossed for an upcoming concert with ur Monarch on British soil soon.

ur Monarch’s EP will be released through GEMS records.

Being described as “Playful, upbeat pop that flirts with modern culture” by The Line Of Best Fit, Ola Village is back with new music following the release of his 2020 debut single A Ok.

Hailing from Ålesund in Norway, Ola Village (real name Jon Olav) is quietly building a reputation for his emotionally charged indie-pop. His new single Love To Cry shows a new side to the artist. Written and produced in his studio in Oslo where he is now based, and mixed by David Nakaji, the song is a poignant, heartfelt study of emotions, sketched over a canvas of joyous acoustic balladry.

“I generally don’t like sharing too much about my songs, which I think becomes obvious if you listen to the lyrics. But I have to say that I like it that way. In a time where all of our lives are so public, it’s nice to have something that is just mine,” Ola Village says about his new music. 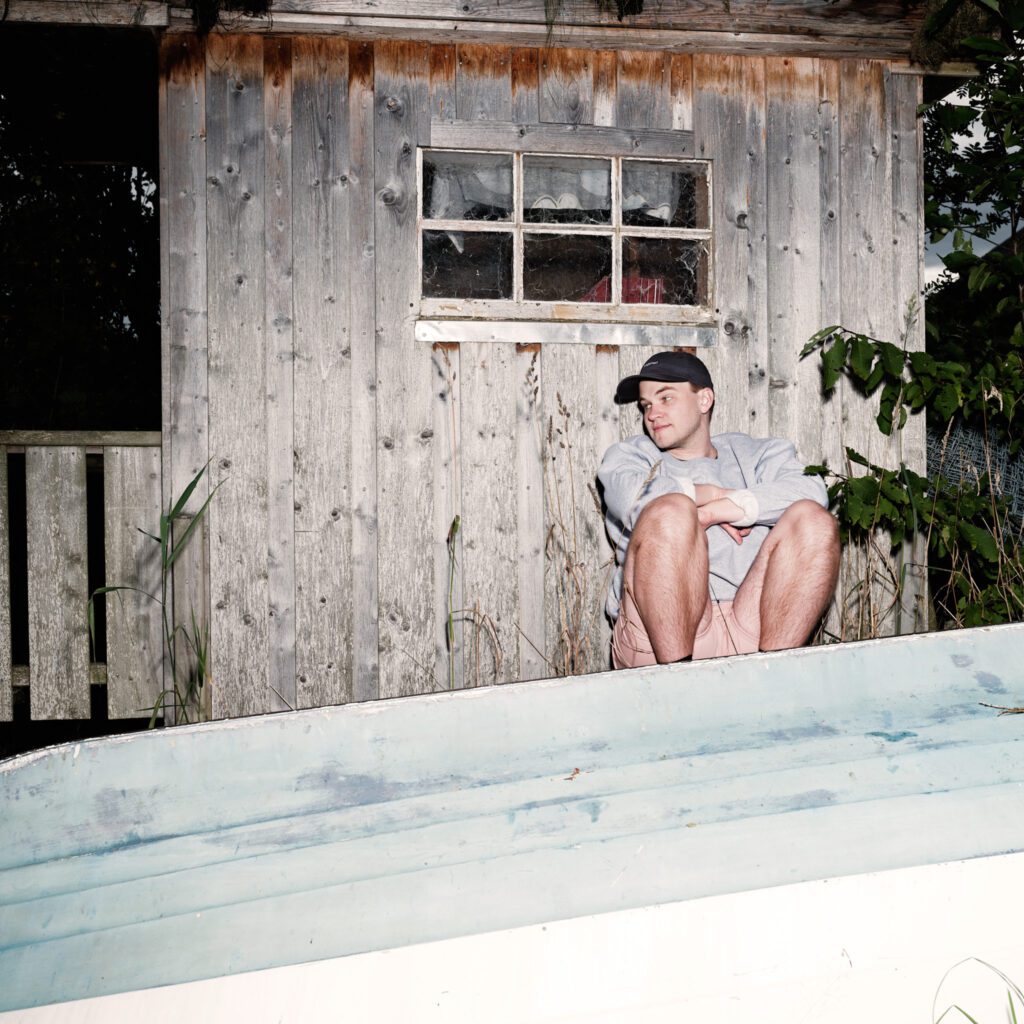 Taking inspiration from a broad spectrum of artists – including Bon Iver, Frank Ocean, Radiohead and Tyler, The Creator – Ola Village has already turned heads in Norway with his ability to combine poignant themes with catchy pop hooks.

He now looks set to take his songwriting to a more international stage with his debut EP, due for release in autumn 2021.

Hailing from the icy mountains of Lofoten, Sofiloud traded the midnight sun for all-nighters in the studio, and is currently working on her debut EP (set for release this spring).

“I love writing for others and coming into a session with nothing more than the intent to bring out the best in each other and honour our past experiences. Making music is so vulnerable and freeing at the same time, almost like therapy. But there’s something special about writing for yourself, it’s freeing in a completely different way.”

Fresh from the release of Tate Mcrae and Ali Gatie’s hit single Lie To Me – which she co-wrote under her given name, Lise Sofie Reppe – the emerging Norwegian pop act wants the world to know she’s just getting started.

“This year we’re really pulling out all the stops. At the end of February we’re releasing my next single, Dance You Off. And we’ll be keeping the pace, releasing new tracks every month. Basically, whatever we can do to keep it interesting in the midst of a pandemic. In addition to that, I also have some pretty cool feature songs I’m excited about, but I can’t say much more than that just yet!”

Sofiloud’s new song Dance You Off is out this spring; her debut EP will be self-released later this year.

Described as modern Sámi electronica, Niilas is an artist that is difficult to forget. Niilas is the moniker of Peder Niilas Tårnesvik, an electronica producer from Bergen, who has recently received widespread acclaim for his latest album Also This Will Change. The introductory single of the upcoming album is Chaga (Rain Edit) due to be released in February, with the following singles released one-by-one until August. 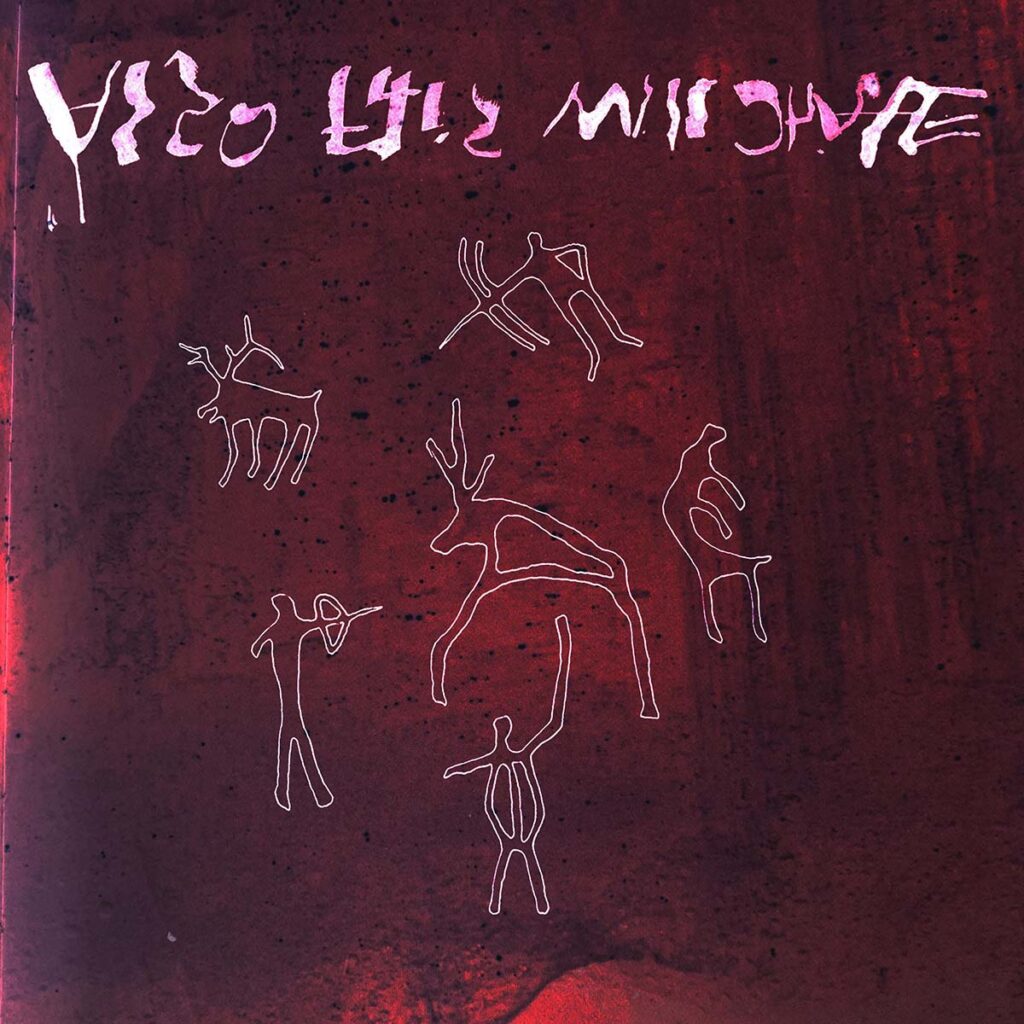 “The original album shines a light on the everlasting movement of the universe, and how nothing is permanent. It had influences from UK club music, while I’m introspectively working with myself, my potential and my Sámi roots in connection to art and aesthetics. While Also This Has Changed manifests these changes in remixes, edits and demos that didn’t make the record,” Niilas says.

He has established himself as one of Norway’s most interesting electronica producers, with his innovative and detailed soundscapes – bass-oriented beats with melancholic undertones and a soft spot for glittery details and blending of genres.

With his new release Perserverance (through 777 music), named after the Mars rover of which he sampled audio, Niilas marks his name down in history as the first artist ever to sample the sounds of a neighbouring planet.

Also This Will Change has been nominated for a 2020 Spellemann prize in the electronic category and will also be released as a vinyl record this spring.

Niilas album Also This Has Changed will be self-released from February until August.

Making music in a language spoken by 30,000 people, ISÁK has renewed Sámi music as well as broadening our perception of Norwegian pop. Their second album Roasut was released at the end of January, mixing English and Sámi lyrics and bass rhythms from the dance floor intertwined with joik, a traditional form of Sámi song. 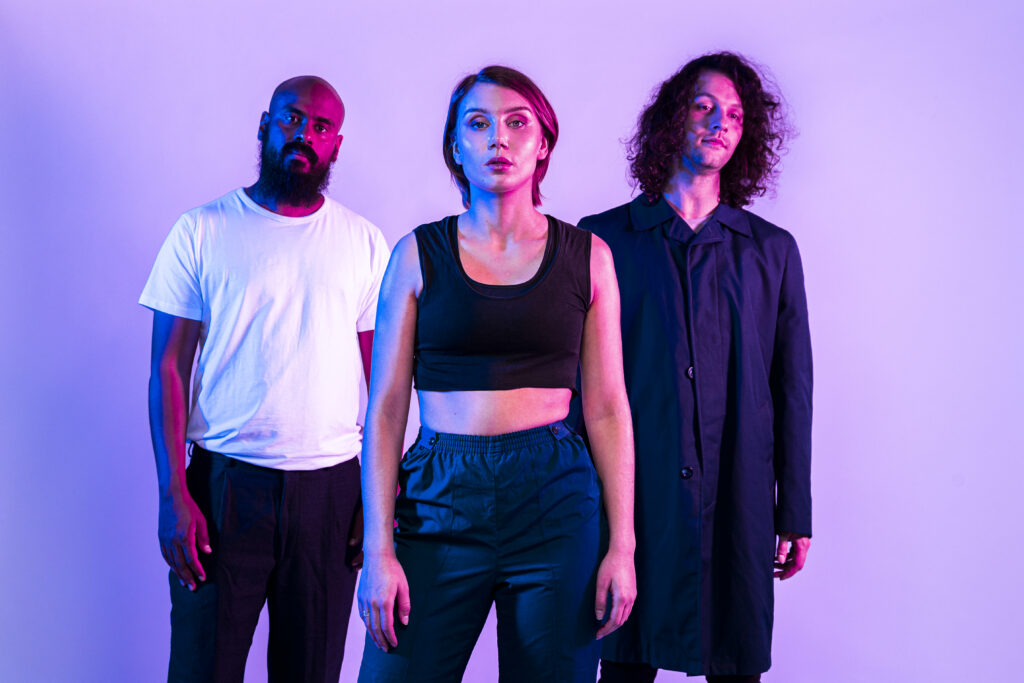 The title Roasut translates to “storms” and is used to describe both the threats and challenges we face as humankind as well as our personal battles.

“The album is a call to raise your fist,” vocalist Ella Marie Haetta Isaksen explains. “If anything, 2020 taught us how important solidarity is in order to get through storms. In order to fight climate change, racism and hatred, the world needs to see the value of diversity.”

The album is clearly affected by elements from the year in which it was made – a global pandemic, increased polarization, threatening climate changes and the Black Lives Matter movement. Despite the grave topics, there are glimmers of hope in ISÁK’s music.

“I need to be optimistic and to have hope, in order to get up every day and to take on these fights and the storms that ravage us,” Ella Marie explains.