As she prepares for her first major London show, singer-songwriter Fay Wildhagen sat down with Norwegian Arts to discuss childhood memories, cabin life and togetherness.

At 26, Fay Wildhagen already has a stellar musical record. Her debut album Snow was released to critical acclaim in 2015 (and earned her a nomination for the ‘Newcomer of the year’ Spellmannprisen, the Norwegian equivalent of the Grammy Awards). Her follow-up, Borders (2018), was equally well received. And last year she also co-scored the film soundtrack to the family drama Harajuku.

Sonically, Wildhagen is difficult to pigeon-hole. Her music has been described as captivating, delicate, sensitive and melancholy. She is also widely regarded as one of Norway’s most accomplished guitarists. During the writing of Borders, Wildhagen suffered with tendonitis, however. Playing the guitar became a struggle. As a consequence, her musical repertoire has expanded, creating tangible differences, in both song-writing and sound, between Snow and Borders. 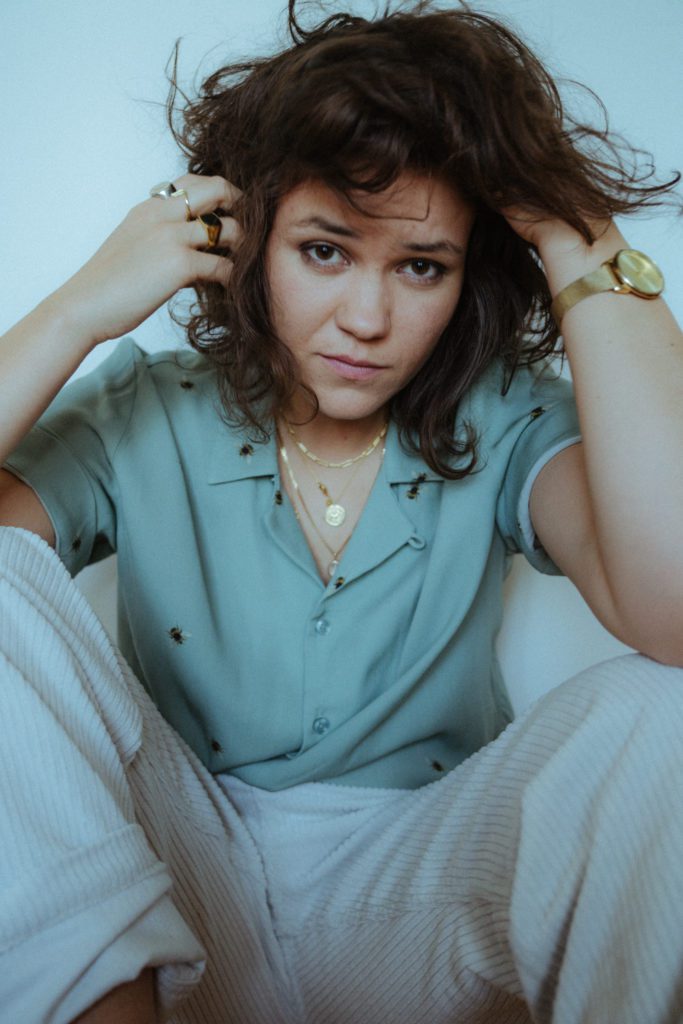 While Snow was notable for Wildhagen’s lyrical vulnerability, Borders is an album of epic proportions. It was produced, primarily, in solitude in a cabin in the mountains of Norway, an experience which provided space to delve even deeper into her emotions. The result is a frenzied collection of songs in which sounds are twisted and turned into dynamic creatures that fizz and pop and burst into life. And Wildhagen shows no signs of relaxing in 2019, with a new single, inevertoldyou, progress on a third album and a series of festival appearances.

For those that don’t yet know you, can you tell us a little bit about yourself?

You’ve had a busy summer of festival appearances – what have you enjoyed most about these performances?

The best thing about touring is meeting people and fans all over the country. However, the main highlight must be spending time with my band and exploring music together. I love to play music and I love how the music evolves, gets expressed and played differently at every festival.

You have your first London headline gig coming up. What should people expect from the show?

I’m looking forward to it. I think it’s great that the summer doesn’t end right away. We will bring our festival spirit and energy to you.

You produced Borders yourself but enlisted the help other Nordic producers. Did this contribute to the diversity of sounds we hear on the album?

I produced most of Borders alone in my cabin, and I feel like the sound of Borders is a result of that solitude and me exploring new sounds. I am lucky and honoured to work with great musicians like Kristoffer Lo, Marcus Jägerstedt, Tobias Fröberg and many more. They’ve supported my ideas and backed me as a producer from the very start. I feel very humble that they wanted to be a part of the project, I don’t know if I would have dared to try to produce a whole album if it wasn’t for them cheering and supporting me.

What is it about the Norwegian wilderness that inspires such emotive music?

I have grown up close to nature and feel like the Norwegian nature is a huge part of me and who I am. There’s room to think, reflect and just be – without the busy loudness from the city. There’s peace and quiet. I guess we are emotional people, and for me I can almost see nature as emotional too. It changes constantly. And being a part of that change makes you feel awake and alive. It’s also nice to be alone and just work on feelings, I guess that is what we hear.

You said that during the writing of the song ‘Soldier’, you “longed to be a child again, free of responsibilities”. With that in mind, what is your favourite childhood memory?

I think my favourite memory is just hanging out with my grandmother. Baking cakes, playing, drawing and creating things. Also just losing myself to adventure and fantasy.

You’ve been candid about your health problems. Do you think the current awareness around physical and mental health allows you to voice your personal experiences?

I don’t know if they have anything to do with each other, however I am so happy we live in such an open society where we also can show weakness. I root for all of the brave people who break the barricades and explain mental health issues. They have been kept quiet too long. It has been important to me to be open about my problems with arthritis, since so many musicians are struggling with the same. I’m just trying to be proactive for the musicians to come.

Snow and Borders sound different to each other. We heard that you’re already writing the next album. What should we expect?

I’m not sure yet. I’m approaching music a bit differently these days. Less solitude and more togetherness and fun. But I guess we just have to wait and see.

Finally, can you give us any recommendations for up and coming Norwegian artists to look out for in the next few months?

You should check out Pom Poko, Girl in Red and Emma Steinbakken.

Fay Wildhagen will be performing at The Lexington in London on Friday 6 September.

25 August 2019 / Dan Cromb is a freelance journalist and photographer who enjoys all things Nordic. When he's not also writing for Ja Ja Ja Music, he can be found on the ward looking after small humans. Categories