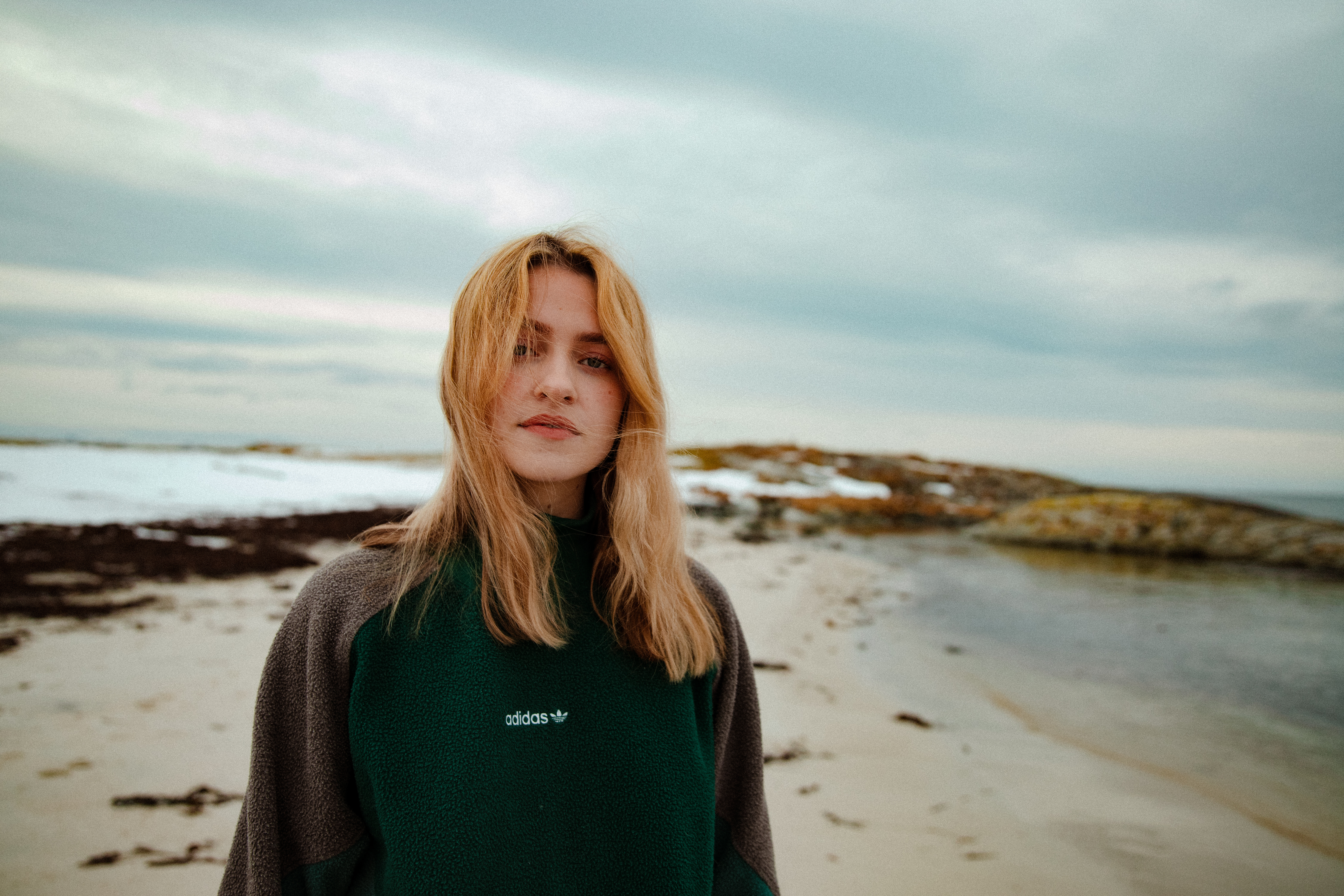 At just 22, rising pop sensation Hilde Skaar – who records and performs as SKAAR (pronounced: score) – is already racking up accolades. Her first five singles have been A-listed for the radio in Norway, her debut album The Other Side of Waiting was released in 2020 and she was the voice behind the theme of last year’s Netflix Original Series, Home for Christmas. And this year she has been nominated for two Spellemannprisen awards (the equivalent of the Norwegian Grammys).

But Hilde Skaar’s route into songwriting has been modest: she penned pop songs in her bathroom when she was just seven, living on the island of Stord in Vestland county, surrounded by fjords, forests, and mountains. Back home in Oslo, following a period in Bergen where she has been working on a new record, she took time out to talk to Norwegian Arts about creative breakthroughs, babysitting duties, and paving the way for other women.

You’ve spoken about losing your creativity during 2020. When autumn came and the strands of this new record started to come together, what shifted for your songwriting?

I’d been writing almost every day since September. I would go into a new session and write something to try and force myself to make something with meaning. I worked very hard to get out of this funk. I had no inspiration. But then, after being in a lot of sessions, in early December, I was writing a song with Ole Torjus Hofvind, a very good producer in Norway. Suddenly, it was: ‘Wow, this is an amazing song.’ It was like one word or one sentence in the pre-chorus where it clicked. And when I took the song home, I listened to it. It was around midnight and I was sitting like I am right now in this same place I am right now. And I started crying. I couldn’t sleep. I couldn’t eat. It was very intense. But the album happened after that. 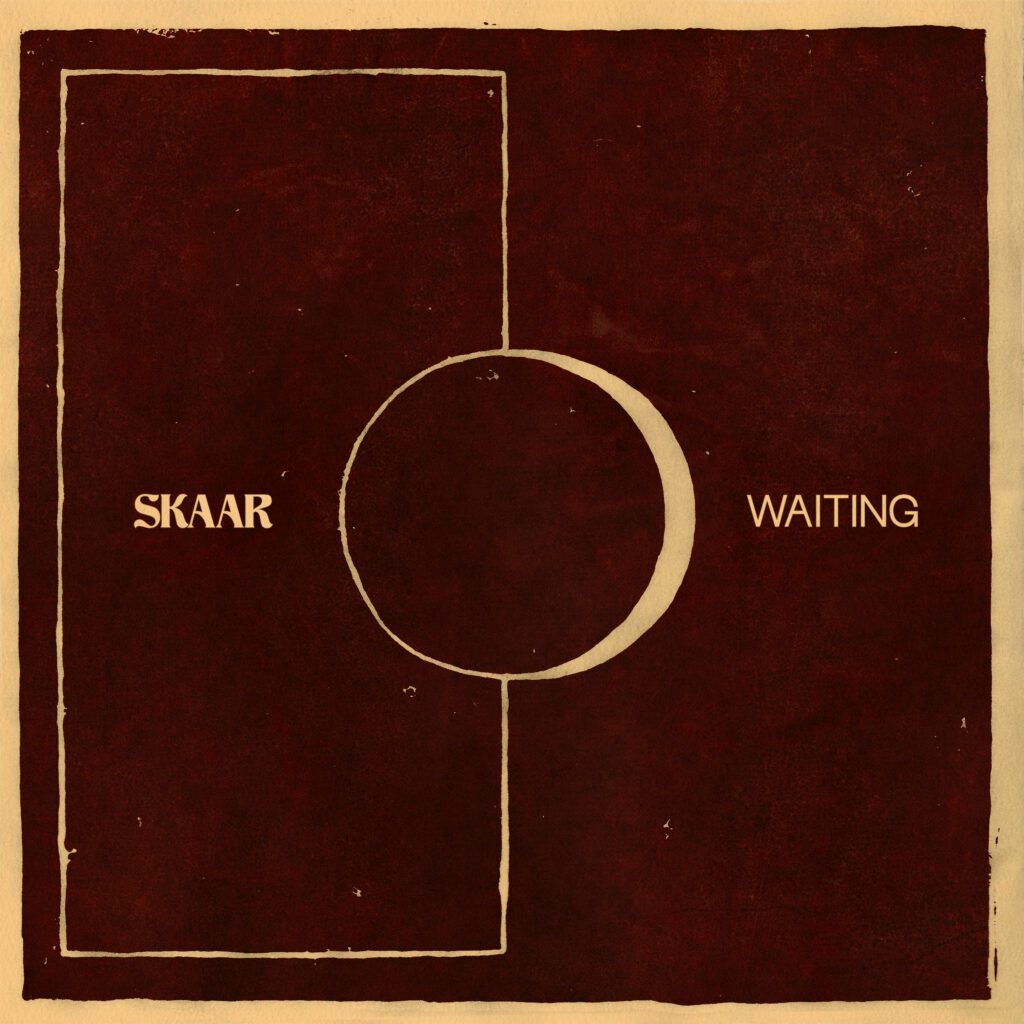 Your Waiting EP is a collection of new acoustic recordings. Why did you decide to venture into such a stripped-back form?

Multiple answers. First of all, I wanted to make something that I could give out quickly. I know what I want to make when it comes to acoustic things, so to speed up the process of releasing something that was the easiest way to do that. Also, because I’ve tried to see what my fans like and I’ve had good responses on my covers. That’s where I started when I started making music, so I felt this is a good thing to release now before I start releasing more upbeat stuff. 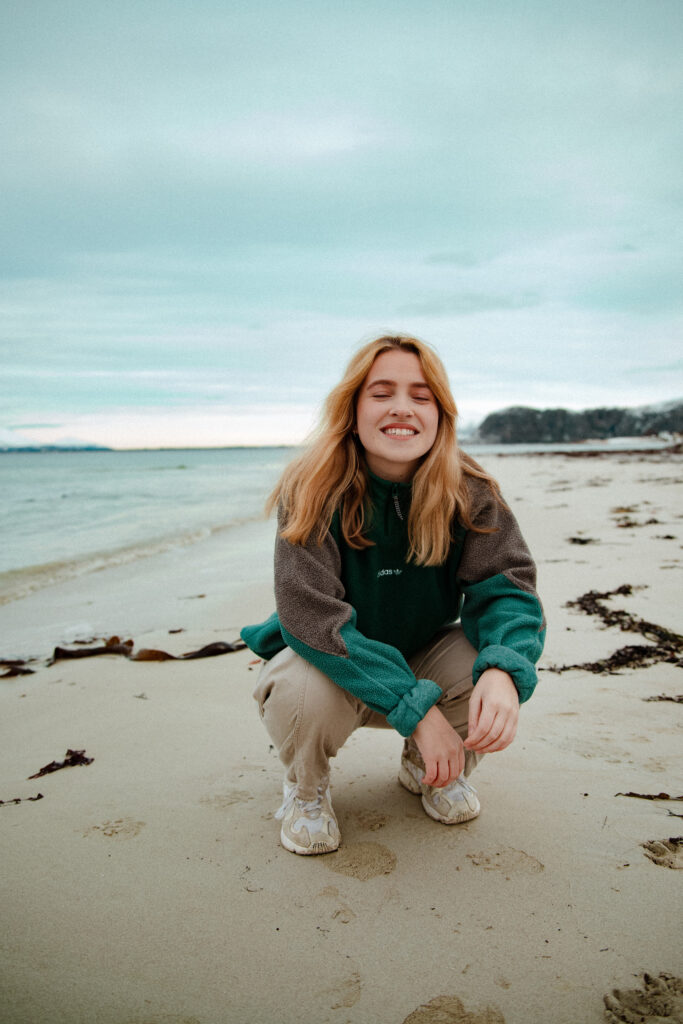 You worked with Norwegian producer Askjell on the new record who has also collaborated with Aurora, Sigrid & iris. The latter appears on the track ‘Time’ for this EP (and who you’ve previously performed with on ‘voodoo voodoo’). How did that collaboration come about?

It’s very random that we ended up together. It sounds like we’re a couple. Last year in June, I was invited to this cabin trip with Askjell and this guy called Fredrik Svabø, who also produced my EP. When I came in, iris was there. I didn’t know she was going to be there but it was the best day of 2020. We clicked right away and we talked about our entire life stories.

We were watching the ocean, sitting and talking. It was very romantic. We would light these candles and hold them and sing. That was the day we wrote ‘voodoo voodoo’. And then when it came to my album, I wanted it to be this friendly family thing and because I loved her so much, I knew I wanted her to be a part of it.

Talk us through working on a new track from writing a melody or vocal line to bringing that together in the studio?

The funny thing about this project is that it’s been very different from song to song because they are songs that I’ve collected from this past year. One of the songs is called ‘You Don’t Know’. It’s a song I wrote in 10th grade. I was writing in my parents’ basement in the bathroom, and it was Christmas. I was heartbroken and I was playing guitar. That’s the first song where I was like, ‘Oh, I think I’m a songwriter’ so I wanted to take that into the project because I feel like that’s my musical identity in some ways. But the other songs have mainly been sessions. Two of them – ‘Time’ and ‘Uptown Boy’ – I wrote in London, actually. The only time I’ve been in London!

Your big break came when you appeared on the TRXD track, ‘Wherever You Go’ when you were just 17. Where did your paths meet and how has that collaboration impacted your journey as an artist?

I was in contact with the label I’m signed to right now, Warner Music, Norway, and they had seen me on YouTube playing some covers. Then in 2015, they sent me this message saying we have a great song, and you would sound amazing on it. I felt like that was a good move for me to do because I wanted to release the music I had written, but I didn’t feel ready for that. I wanted to live on Stord until I was finished with school, so just being the voice on the song, and dipping my toes into the water, felt like a very safe thing to do. I got the taste of that life and what it was like. And to hear your song on the radio, that was cool.

Since then, your music has received over 10 million streams and you’ve been nominated for Best Pop Artist and Best New Artist at Spellemannprisen this year. Where were you when you heard the announcement?

I was visiting my sister. She is 10 years older than me. She has a very stable life with three kids, a husband, and a house. I was watching her baby who is one and a half years old. I got this call from my label and my management and they said, ‘We have to have a meeting right now.’ And I was like, ‘Okay, but I’m watching the baby.’ I was sitting in a chair in the back of the room and I was thinking, ‘Is this going to be okay?’ 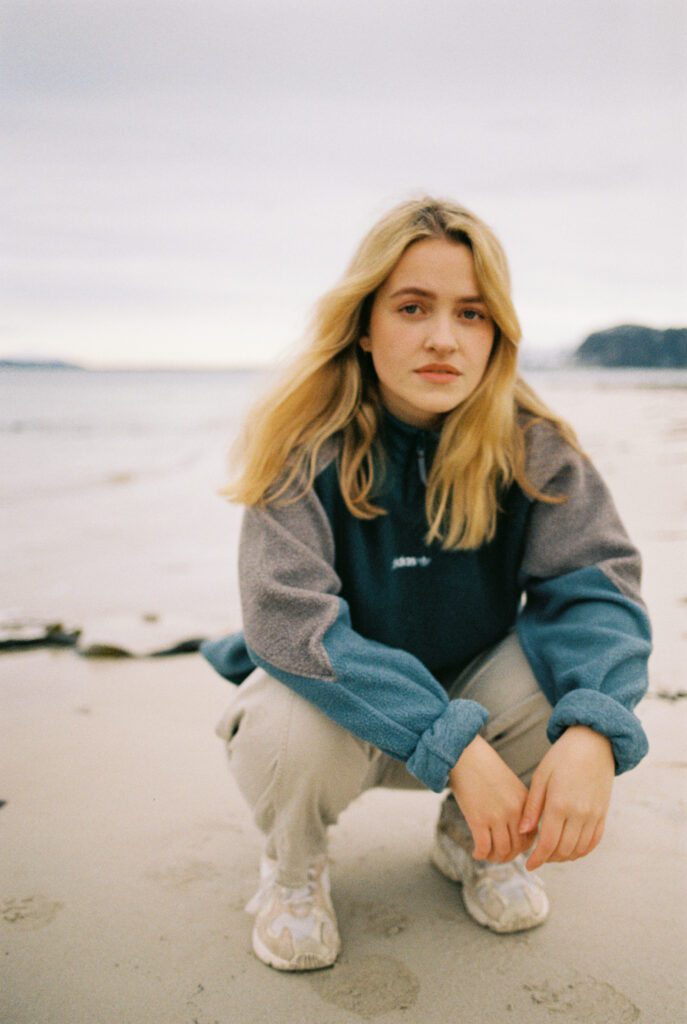 Then they said that I was nominated for not only one but two awards and I had this tiny little scream and the baby called Ellie, she was startled. She got a little scared because I think she thought that I was scared. And my sister came in two seconds after saying ‘What’s going on?’ It was a crazy moment. But it was so cool to be with my family when it happened.

Norwegian pop music seems to be having a resurgence lately, with some incredible acts like AURORA, Anna of The North, and Dagny – why do you think that might be?

First of all, there’s a lot of amazing writers and producers in Norway. So, when the music is released, it’s not weird that it sounds amazing, because people working here are very, very good. I remember Astrid S, she was on this television programme called Idol in Norway. She took Norway’s breath away and she quickly became my idol and I looked up to her. When she started releasing music, and it went very, very well, I felt like she started paving the way for other women to do the same. I’ve watched her thriving and doing her music and doing so well. I felt like, ‘Oh, I can do it, too.’ So, I think one of the reasons that there are so many amazing women in Norway right now is because we’re just paving the way for each other. 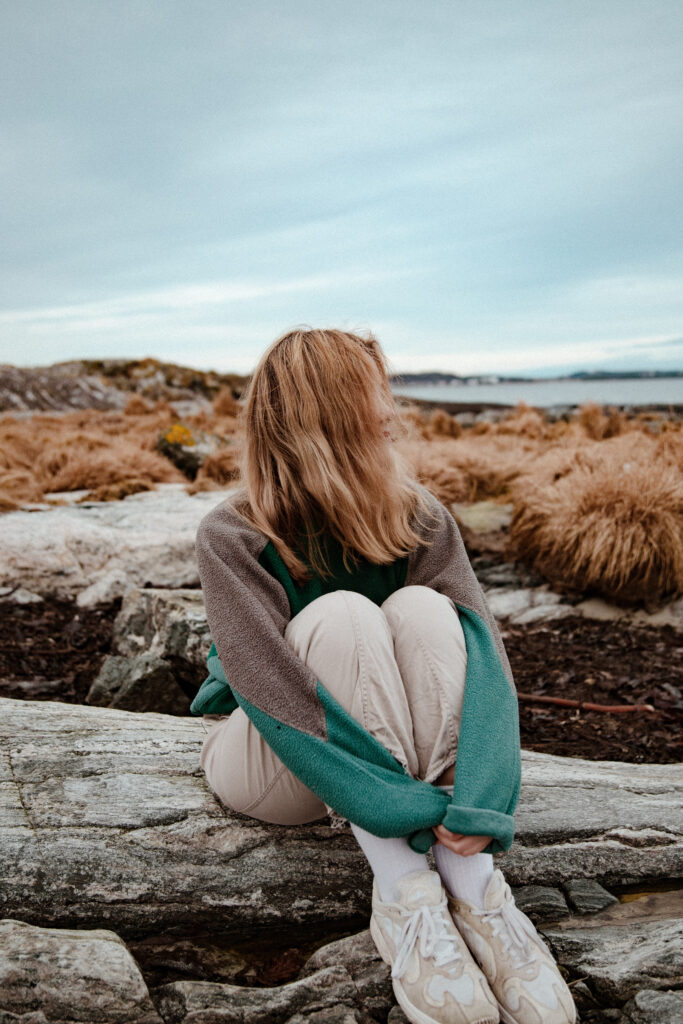 First of all, releasing Waiting. But I’m also eager to go into the studio and write new music again. I work every day but I forget that music is work sometimes because it’s also fun, and it gives me so much energy. I think it’s going to be like it was this autumn, when I was just writing every day. Because I get very intense when it comes to new projects and new ideas. I love concepts and I have a vision and a plan and I’m very excited. I can’t wait to show people that new side of me. My A&R likes to call it SKAAR Volume Two.

Part-time guitarist and full-time feminist, Cheri Amour is a freelance writer, editor, and broadcaster with a strong focus on women in music. Her words can be found across the pages of Oh Comely, BUST magazine and The Line of Best Fit. Categories