All About The Ride: Dagny’s Journey

As Dagny’s debut album Strangers / Lovers is released, the Norwegian singer and producer talks to Cheri Amour about patience, persistence and pink dollhouses.

Just days before global lockdown, Dagny Norvoll Sandvik – mononymously known as Dagny – was on her first holiday in several years. She shared a photo on Instagram, her silhouette captured against a vivid sunset. In the caption she details the moment, sitting on a volcano in the south of Spain watching everything shut down. But, for an artist who has been producing and performing chart-topping pop for over a decade, her retreat back home to Oslo wasn’t necessarily a bad thing. 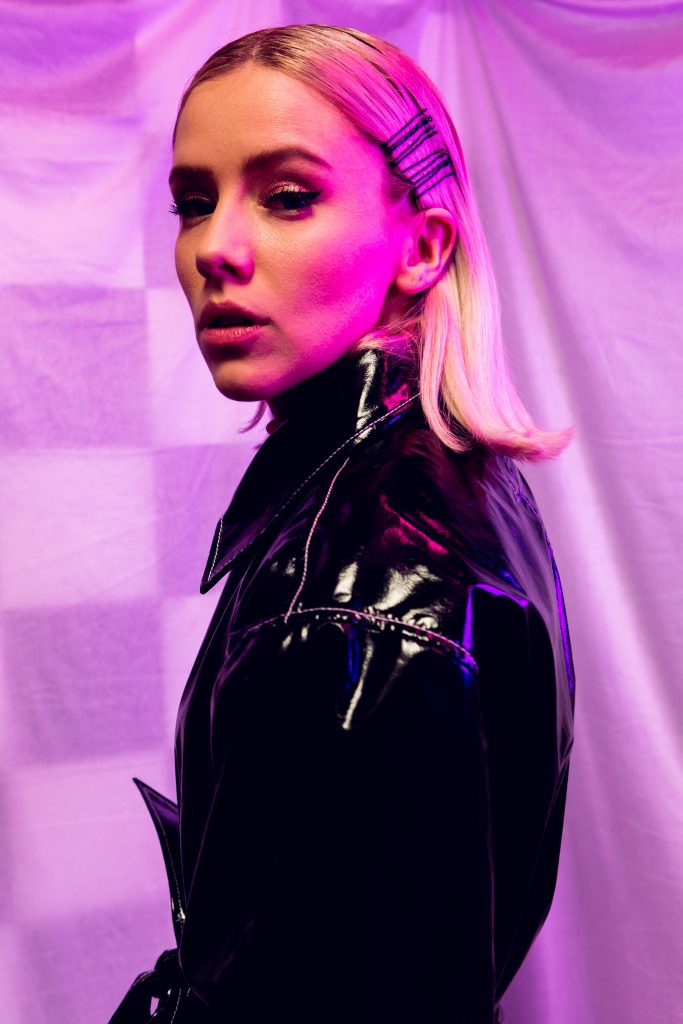 “When I came back, it was like the world was standing still for a moment,” she tells me from the bedroom-come-office in her flat. “Weirdly enough, it’s been the first time in a while where I felt like I’ve been able to breathe and relax a little bit.” The artist has found herself focusing on small, tactile tasks; sewing, tending to her plants, and baking cakes. Activities and projects, she explains, she had always put on the back burner for fear of not being productive enough: “It’s always felt like I should be writing or learning something new.”

If there’s one thing that’s fairly certain about Dagny, it’s that she’s committed to her craft. Her initial foray into music was boosted by a creative environment at home: her mother is the celebrated jazz singer Marit Sandvik, and her father is Bebop Guitars collaborator and jazz musician Oystein Narvoll. And so, in her late teens, she came to London to focus on her songwriting. She ended up spending much of her 20s in the city (“I still get butterflies and a feeling in my stomach whenever I go there.”) 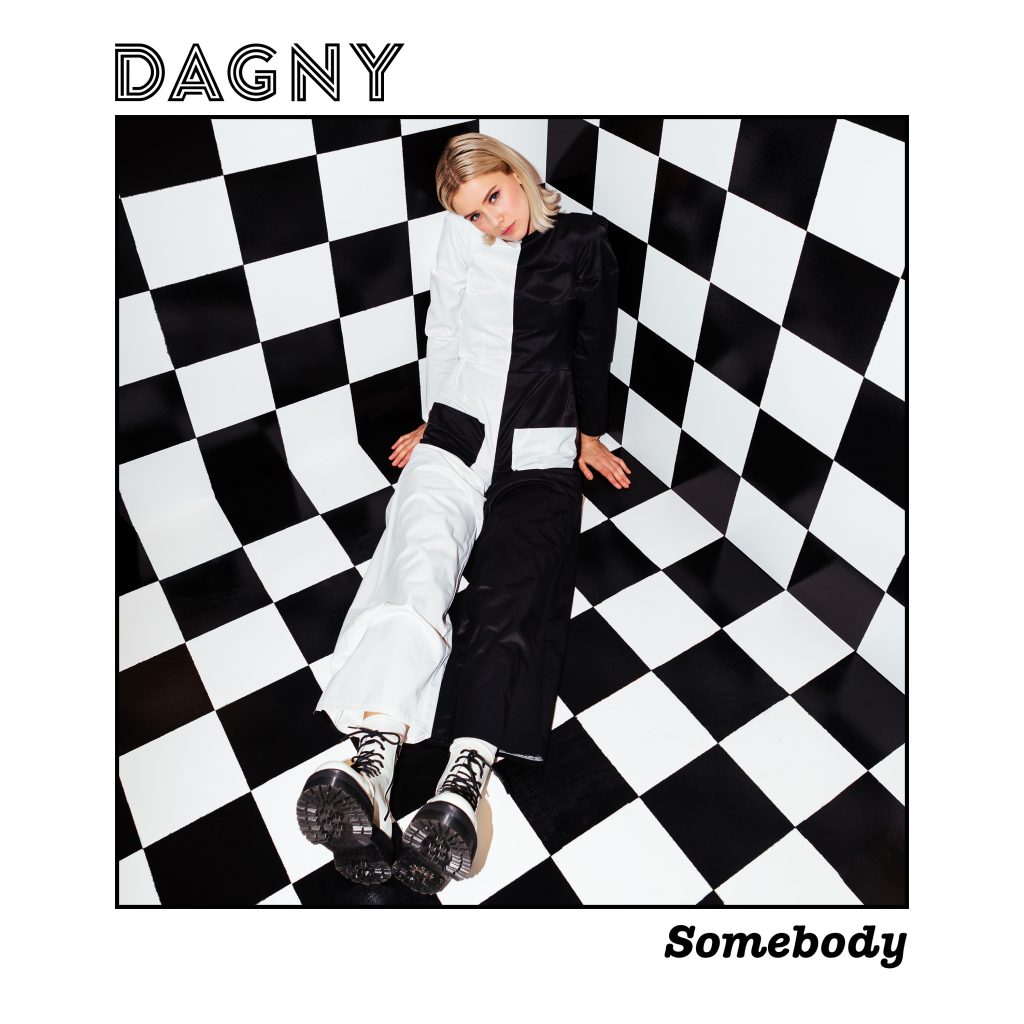 By the summer of 2015, Dagny had already been working on music for nearly ten years. Growing despondent, she began applying for places at university near her hometown of Tromsø in northern Norway. But, in a last musical bid, she and her band members at the time – “two English musicians, Harry and Richard” – holed up in a London Bridge studio to record some new tracks (which became the Ultraviolet EP). One of those tracks was the breakthrough single ‘Backbeat’. “It was our digital distribution that picked it up and somehow Beats 1, Zane Lowe and Apple got a hold of it,” she recalls. “Suddenly everyone was emailing and calling, bringing us out to Los Angeles and New York. Since the day it premiered, it’s been crazy.”

The EP set in motion a string of collaborations, with artists ranging from the American songwriter and multi-instrumentalist Børns (who has also worked with Charli XCX and Halsey) to the Norwegian EDM trio, Seeb. Since then, Dagny has artfully balanced a jam-packed touring schedule with writing and recording her long-anticipated debut album. Strangers / Lovers is finally released this week. 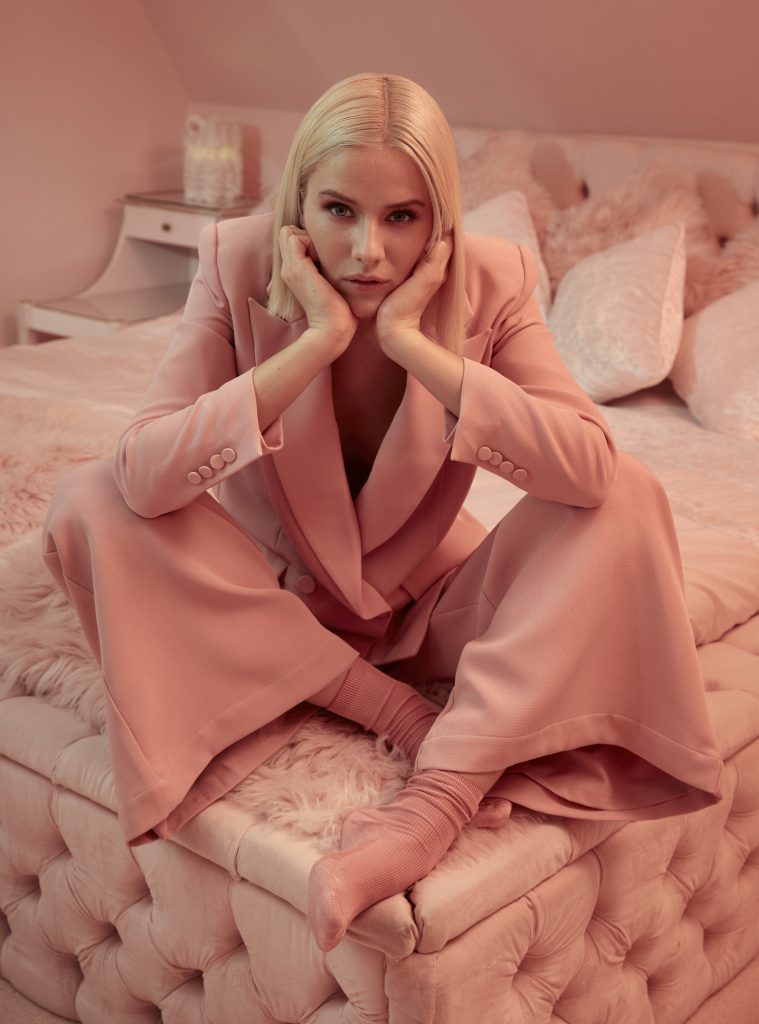 It seems that Britain – more specifically, Essex – still plays a central role in her journey. “We found this amazing place called Eaton House just outside of London which was basically my head put into a house. It’s like a pink dollhouse.” Dagny’s time at the Tiptree mansion formed the perfect canvas to explore the album’s wider themes. “Every song we release has a very strong world,” she shares tentatively. Our first peek into this kaleidoscopic world came earlier this year with ‘Come Over’, three minutes of 1980s-spangled synths, and a teen-crush worthy chorus. The track’s video delivers Dagny, against flamingo-bright wallpaper, furiously pasting cut-outs of her new love into a scrapbook.

As a first single, it’s bold, brash and beautifully conceived in both visuals and production. The right track to serve as a taster for the album, she explains. “It’s kind of a conceptual album in a way. For me, ‘Come Over’ was very much the start of that whole story – when you’ve just met someone and you are trying to be brave enough to just say we should hang out together.” But despite the obvious narrative arc, not everyone agreed it should be the first single for the album. “Everyone was saying ‘Oh, but it’s not like an immediate track’. And I said, ‘You know what, it’s okay. It doesn’t have to be. It could be a grower’. I really fought for that song”. She was right to stick with her intuition. ‘Come Over’ scored Dagny her first number one in the Norwegian charts (even outshining the Seeb collaboration ‘Drink About’ in 2018).

Even with the song’s chart-topping performance, Dagny is good-natured enough to acknowledge – considering current events – the unintended humour in the lyrics. “I definitely couldn’t have picked a worse time to release a song called ‘Come Over’. I had to just laugh at the irony of that.”

Having parted with her previous label last year, Strangers / Lovers is released by Universal Music. It’s clear that while entering into talks with new distributors, the musician had a clear idea of what she wanted to create. After all, she’s no stranger to the industry. “I’d had some time to prepare the album on my own before I signed the new contract. So when I came into the meetings with all these different labels, I didn’t want it to be like ‘So who’s Dagny?’ I went in and I said ‘This is what I want to do and this is how I want it to sound and look’.”

And it looks slightly different. It doesn’t follow a traditional album format. Released in two parts, Side A arrives this week, whilst fans will have to wait until September for Side B. It harks back to the more nostalgic curation of a long-player, flipping between two sides of the same vinyl coin. For Dagny, there was also some elemental significance to these dates for the listener’s sensory experience. “You have the spring which is a transition into something light and positive. Then you have the autumn which is a transition into something that’s slightly darker.” 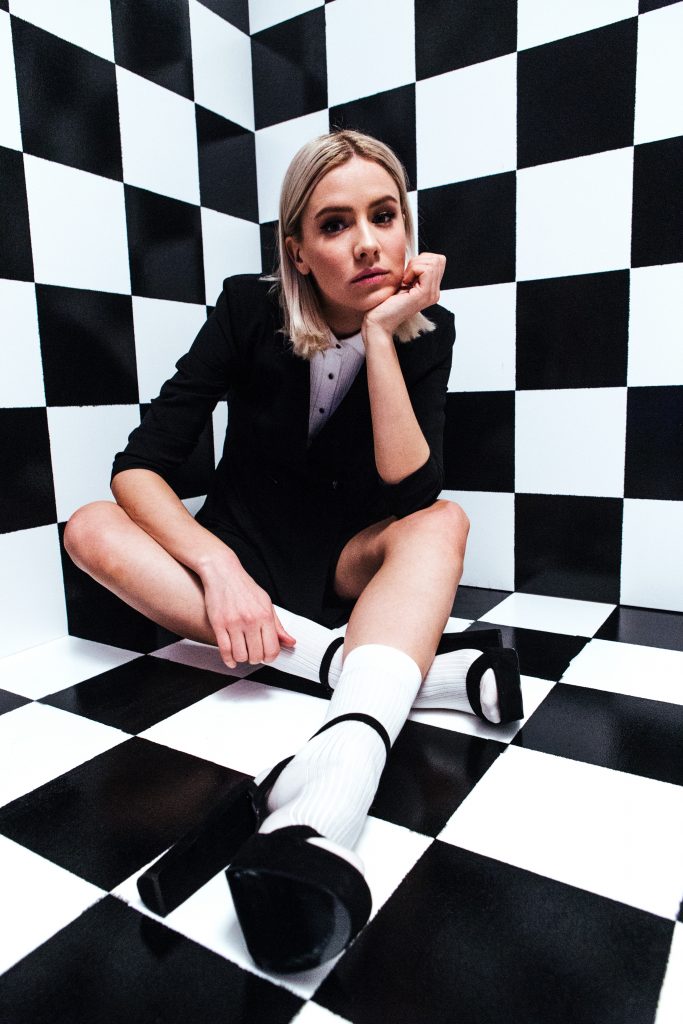 In the time between her working on the first and the final songs (the last was written in December 2019) the album had been gestating for some 40 months. That’s over three years and over 250 songs, so it’s unsurprising that she has leant on a concept to help curate the final output. “It made it a lot easier because I very quickly understood if a song fits in or if it doesn’t,” she states. “Putting them all together, it just felt kind of confusing. It was like making the listener think, ‘Wait, okay, so here you’re asking him to come over and suddenly you’re talking about something else?’ It just didn’t feel right. I like when things feel balanced.”

Balance is an underlying theme to our conversation. From managing the impact of the Covid-19 pandemic to putting down roots and buying her first home in Oslo, Dagny is an artist that has played the long-game with poise and control. Some record labels have pushed young artists into performing epic shows but, as Elton John remarks, artists are well advised to gradually “build up a career”. And that is precisely what this Norwegian artist has done, progressing from intimate living room sets through to global stadium concerts supporting Sting.

For Dagny, it’s all about the ride. “Someone might look at me and think it’s been a slow process but I actually am so happy that it has been, because I’ve been able to do this for 10 years now. There’s never been a sky rocket moment but [my career] has allowed me to live in this process and constantly be building. The journey in itself is what makes it feel great.”

Strangers / Lovers is out on Universal Music

Dagny’s view on Emilie Nicolas: “I went to see a show at the opera and I cried. I never cry. I was so moved by that concert and her voice. My executive producer [Thomas Kongshavn] is now also finishing her album.”

Dagny’s view on Cezinando: “I think he’s super fresh. I’m not a massive rap, urban, kind of person. I know that probably isn’t the right thing to be saying in 2020 but it’s true. But I really like his stuff. It’s just something about the way he sings and the production, the delivery. He says a lot of things in his music. He feels very honest about what he’s saying”.

Dagny’s view on Skaar: “She writes kind of big pop songs, a bit in the vein that I’m in too. I really believe in her”.

22 May 2020 / A part-time guitarist and full-time feminist, Cheri Amour is a freelance writer, editor, and broadcaster with a strong focus on women in music. Her words can be found across the pages of Oh Comely, BUST magazine and The Line of Best Fit Categories