NA Meets: Anna of the North 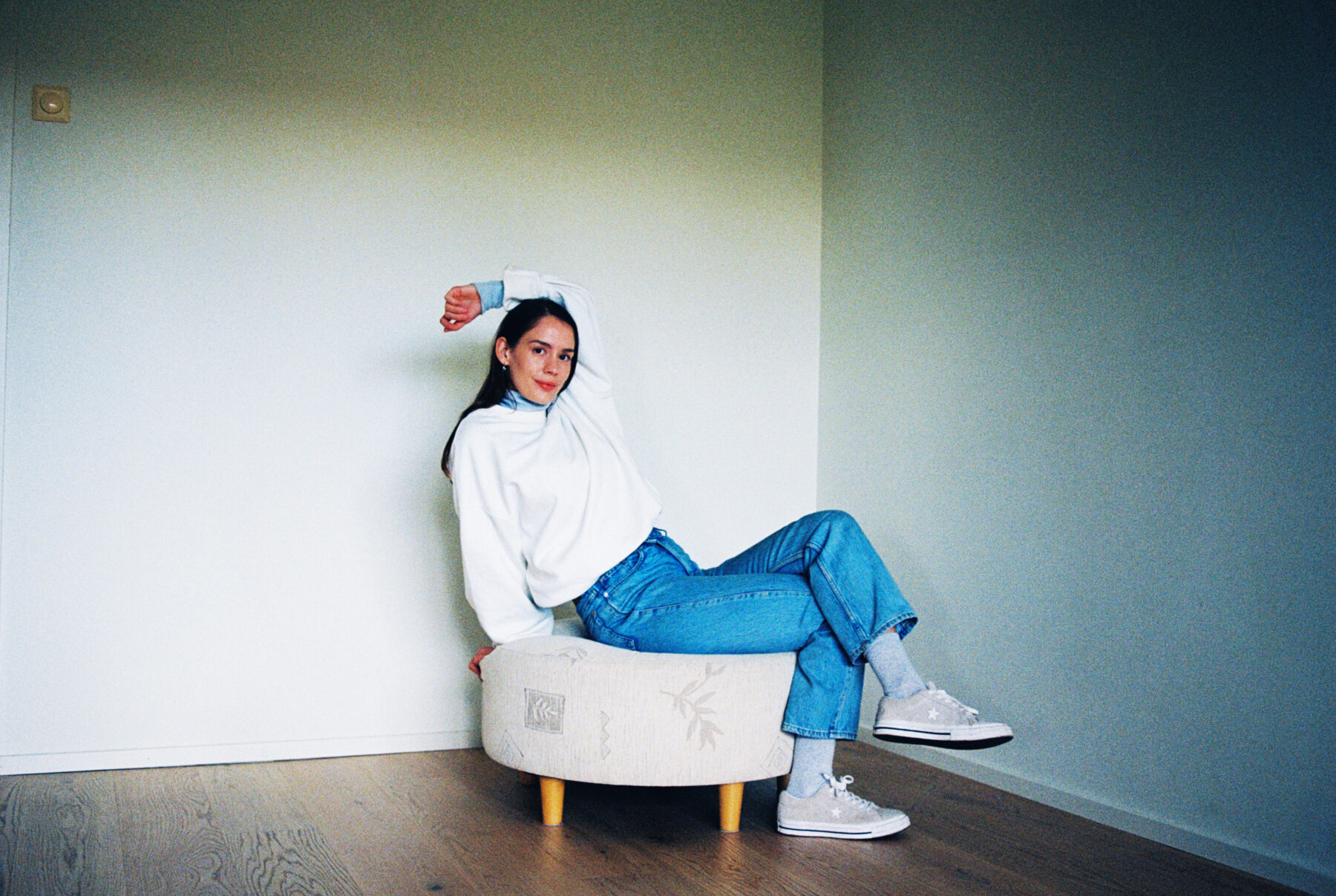 Believe, the new EP from Anna of the North, is an ode to an uncertain time. Earlier this year, with borders closing due to the pandemic, Anna Lotterud (the force behind Anna of The North) saw her horizons diminish. The record addresses those changes, while delivering a ‘lo-fi’ reflection on how far, musically, she has already travelled.

Anna parted ways with her musical collaborator Brady Daniell-Smith, following her debut album Lovers (2017) for last year’s follow up, Dream Girl.  Some artists might struggle with ‘second album syndrome’ but for Anna her sophomore release provided a moment of clarity. The title track, ‘Dream Girl’, is a perfect demonstration of her creative autonomy: fairground trills delivered from a warm synth nestle amongst subtle jazz horns. Likewise, the single ‘Thank Me Later’ showcased her new-found blue-skied optimism.

The tracks on the new EP Believe chart her ongoing progress: ‘Lover Ghost’ was first conceived during a period living in Melbourne, while the title track – a nod to pop pioneer Cher – has become a festival favourite with her fans.

Taking time between home recording and perfecting her knitting skills, Norwegian Arts caught up with Anna to talk about the importance of her fanbase, freedom, and finding independence as an artist.

You grew up in Gjøvik by Lake Mjøsa, the largest lake in Norway. How has that landscape influenced your songwriting?

Gjøvik is a really small town. It’s not the most beautiful city in the world, but don’t tell anyone. If you go outside of the city, there’s a lot of good landscape, but when I was growing up, I didn’t really see that. We were hanging at McDonald’s. I appreciate the city way more now than I did when I was little. My dad is a musician so there was always music growing up. My Dad and I have been playing and singing a lot together recently actually. 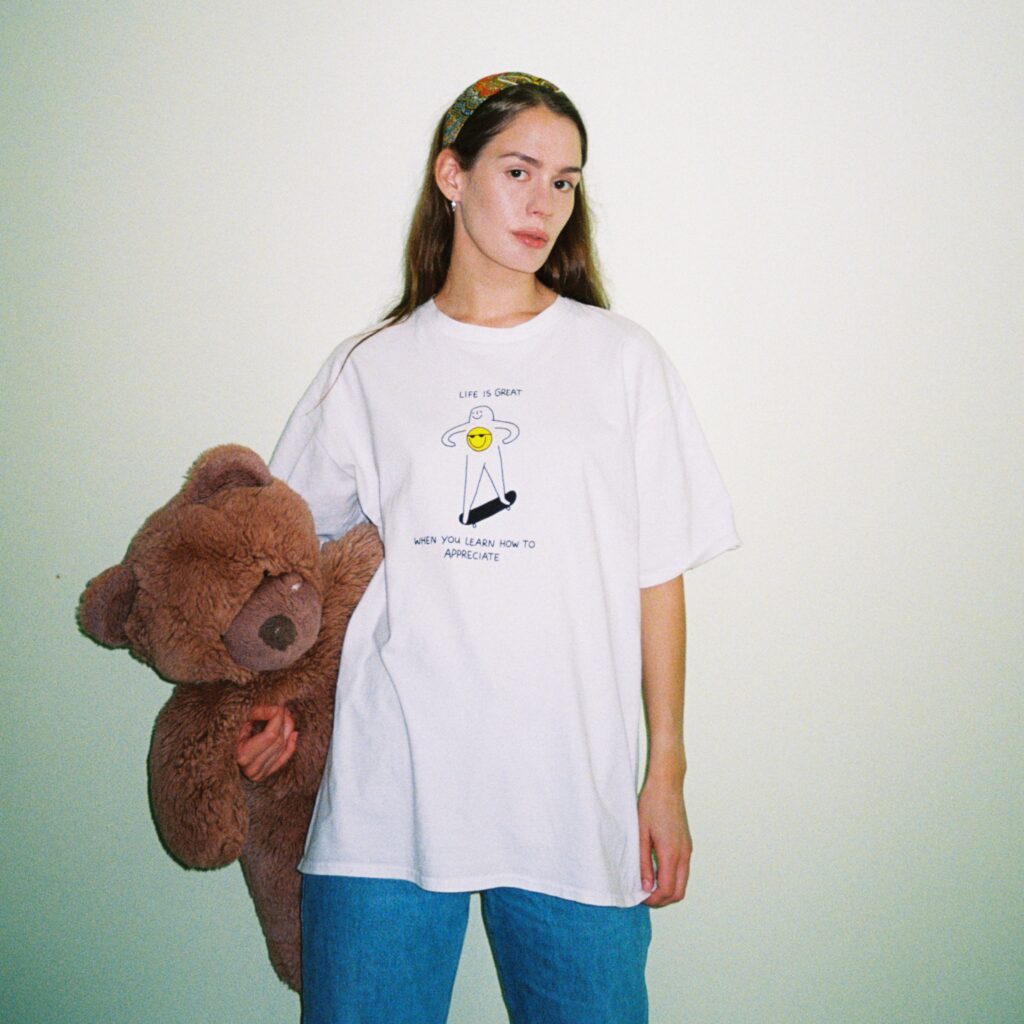 During your time studying in Melbourne, you and New Zealand-born producer Brady Daniell-Smith formed Anna of the North. Did Australia feel like the place where you found your passion for performing?

I moved to Oslo to study graphic design and then went to Melbourne, despite everyone thinking I wouldn’t go anywhere, [that] I wasn’t a person to explore the world like that. It wasn’t really me, but I think that made me want to do it more. Of course, music has always been a dream since I was a little girl writing songs, playing guitar and the piano. But it was too big of a dream to become a musician, you know? In Norway, you have to have over a million plays [across platforms] to be recognised as ‘an artist’ so it wasn’t even a thing. Melbourne helped me open up about who I am and what I want to do and who I want to be.

“It was too big of a dream to become a musician”

Lovers was rooted in heartbreak but there’s a lot of optimism in there as well. How did it feel putting something so candid out into the world?

I think that’s who I am as a person. Everything I do, I am honest about. If I was going to play in a movie, I would have to play a character that’s quite similar to myself because I don’t think I can put on an act. I’m not a good liar. It would be weird for me to sing about something that I don’t really feel. I say what I think, and that’s just probably reflected in my music as well.

Your second album built on these songwriting skills, as you stepped away from your collaboration with Daniell-Smith. How do you feel Dream Girl helped push you as an artist?

It had a lot to do with me not working with Brady anymore. I felt way freer because when you’re dealing with another person you have to be 50/50 about everything. I went a in 100% on Dream Girl. It was my first project alone so I could do whatever I wanted. It felt like being an 18-year-old again or the first time I moved out of home. Letting go of the project with Brady inspired the album to be more organic in a way.

Despite the world coming to a standstill, you’ve been fairly busy with the release of your Believe EP. How did it feel to revisit some of your existing singles but in this ‘home-made’ style?

It’s the first record where I’ve been so hands-on when it comes to producing. It was created with really close friends and family, and I tied it all together myself. Everything is recorded back home in my dad’s little studio in the cellar.

The EP takes its name from the seminal single from Cher, which you cover on the record. Would you consider this track a big influence for you as a songwriter?

When we’ve been driving to concerts, we’ve been listening to that song. Then on my last tour, we played ‘Believe’ at the end of every show and we were all dancing to it together. I feel like all the songs on this EP have a meaning as to why they are there and my fans will understand why ‘Believe’ is on there. It’s been an epic ending to every show. It just doesn’t fail. I think that’s why the EP makes sense as well because it’s the time we’re in right now. I probably would have focused on my new album if things were different so it’s a cliche to say but it’s a Corona EP, I guess.

Well, this is the time for planning, isn’t it? I definitely want to release an album next year so that’s my goal. I’m just really happy that music can still be released online. I think we’re going to appreciate live concerts more than we’ve ever done before when we can come back together again, that’s for sure. Hopefully soon.

20 November 2020 / Part-time guitarist and full-time feminist, Cheri Amour is a freelance writer, editor, and broadcaster with a strong focus on women in music. Her words can be found across the pages of Oh Comely, BUST magazine and The Line of Best Fit. Categories