Rounding up the special edition of his food column, all-round explorer of Norwegian culture Luke Slater learns about the Norwegian Christmas baking concept of Syv Slag.

Traditional Norwegian Christmas meals are wholesome and fairly basic, but none the less delicious. Whilst some of them may be particularly rich, the true indulgence comes with Christmas baking and the myriad types of biscuits and cakes (“julekaker”) on offer. Festive baking is serious business. It’s probably why the infamous butter crisis of 2011 reached the heights it did – nothing should stand between Norwegians and their julekaker. The most well-known of these are the “syv slag” or “seven types” of Christmas biscuits and cakes. However, the number “seven” is slightly misleading in this context and the correct name should perhaps be “somewhere around twenty, maybe more, maybe fewer”. There is disagreement across the board on what the actual seven are. Each family tends to have their own versions they make every year and if you speak to a handful of Norwegians you won’t get complete agreement. However, there are some standards. According to Norway’s VG newspaper, these are: Berlinekranser, Fattigman, Goro, Krumkaker, Sandkaker, Sirupsnipper and Smultringer. 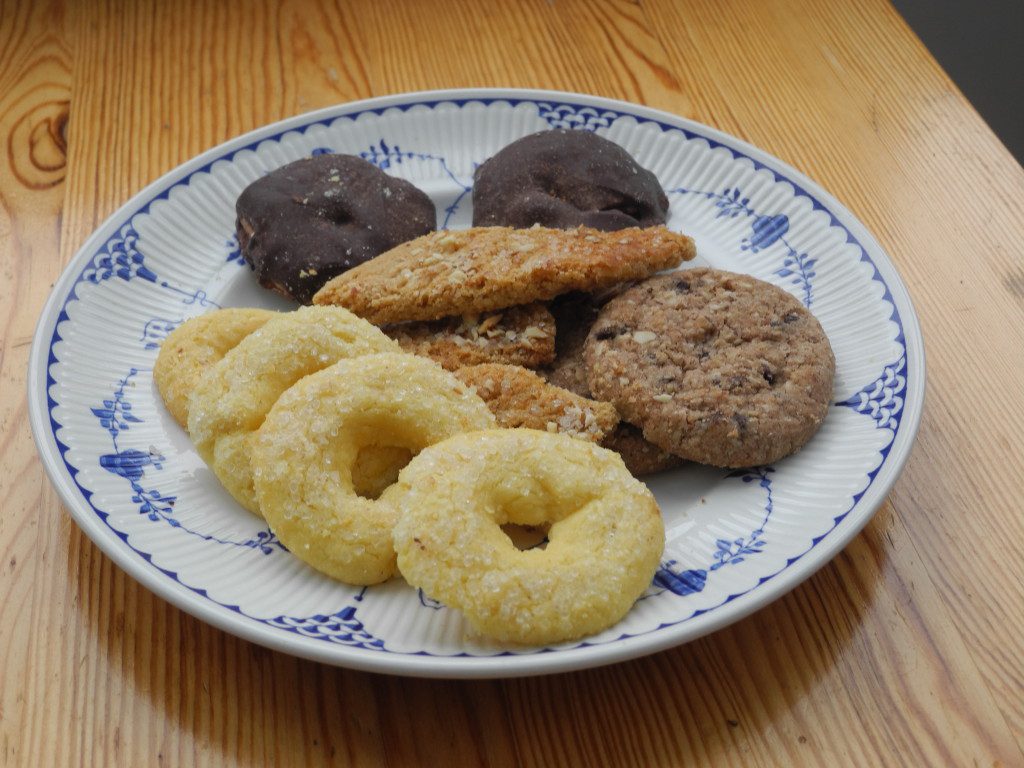 These are in all different shapes and sizes, which probably depends on whatever your own family tends to make. Among some of the other more popular types would be pepperkaker, which are a thin, suitably Christmassy gingerbread biscuit. Realistically, though, there are too many to mention.

As such, working out which ones for me to try becomes a mammoth task. Luckily, I was in Bergen and had a Norwegian friend close by. Even luckier, his grandmother had just baked a load of “julekaker”. I opened the biscuit tin, found my appetite and asked for advice in identifying them before I ate them all. “Which one is this?” “I’m not sure, I’ll have to ask my grandma,” he says. He soon replaces his grandmother’s knowledge with Google and gets to work. 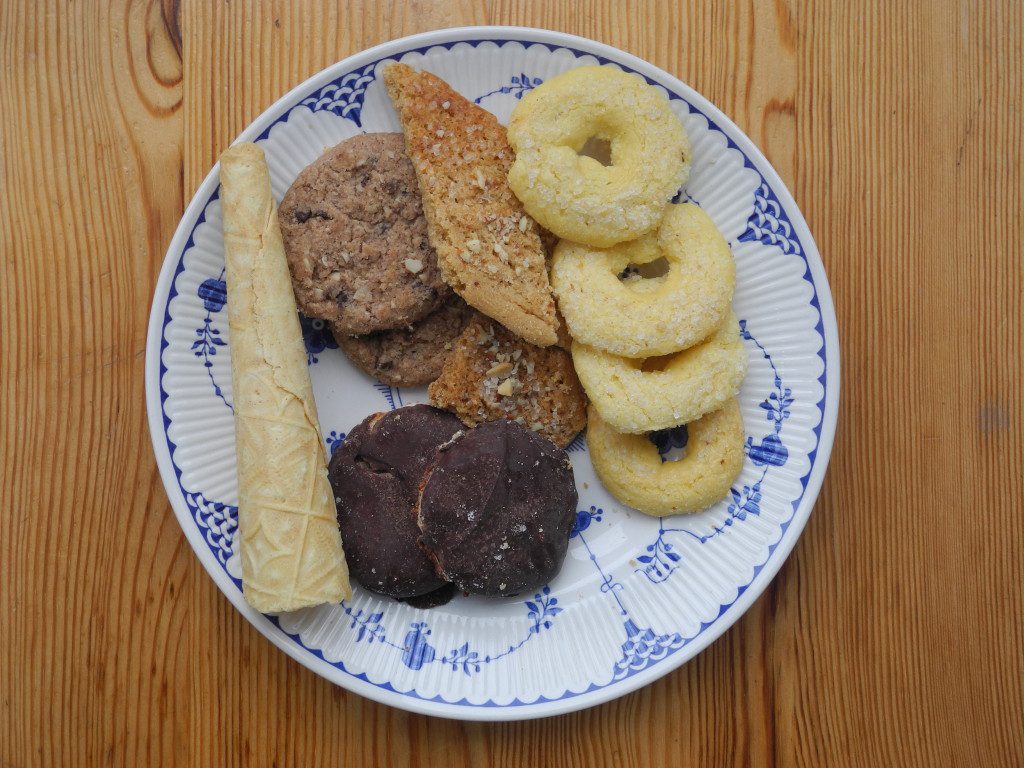 We work out that there’s the light shortbread-like Berlinekranser, which goes excellently with a cup of coffee; the aptly-named and very sweet sirupsnipper (syrup snaps) which go as well on their own as with anything else and, I think, after some intense research and consumption, some nøttetopper or hazelnut macaroons covered in chocolate. There are also some non-homemade krumkaker, which are apparently best served containing cloudberry jam.

Not sated by these varieties alone, I go out to downtown Bergen and try and find another variety. Which one, I’m not sure but I want one of the “seven”. I find some havrekaker (or oat biscuits,), which are conveniently located in the Christmas baking section and with conveniently festive packaging. These must be one of the seven, right? Well, no. But that doesn’t really matter. The beauty is in the variety. And possibly, I think, in trying as many as you can stomach.