Ever-emerging expert in the Norwegian culinary art, Luke Slater, keeps himself busy. In the dark times of autumn, few Norwegians would say no to a bowl of hot, traditional rømmegrøt. Luke takes on yet another challenge.

So far, the Norwegian Staples series has focused on meals. Things that you can have for dinner that will satisfy your hunger. Kjøttkaker, fiskesuppe and lapskaus were fine examples of hearty Norwegian cuisine. This time we take a turn towards something sweeter and richer: rømmegrøt.

The porridge-type dish is not particularly complex. What you have is cream of some kind – it should strictly be “rømme” but since that is hard to obtain I combine whipping cream and sour cream –  mixed with flour, heated milk and a variety of salt, sugar, cinnamon and nutmeg. 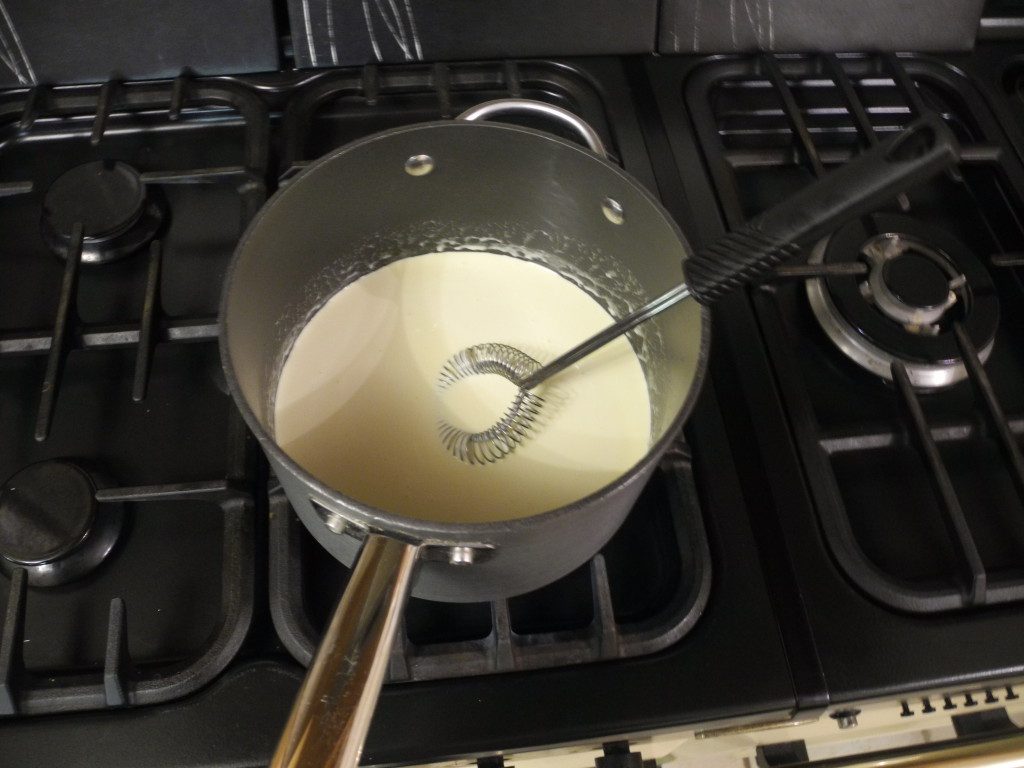 It’s definitely a classic. I’ve only had it once, in the most Norwegian of occasions, at a friend’s house on the Norwegian national day, syttende mai. Being a completely traditional setting, it was served with cured meat – that time a goat’s leg. It sounds odd but it was a successful if unusual combination of extremely powerful saltiness and a creamy pudding.

I hope rømmegrøt would be an easy make. With a dish like kjøttkaker or lapskaus you have a rough idea how it should look when you’re making it and room for manoeuvre. With rømmegrøt I did not have this luxury. It started off well, though it’s hard to go wrong with putting a pint of cream into a saucepan and heating it to a simmer. You then slowly add the flour, spoonful by spoonful as the mixture thickens and thickens until moving your whisk through it is a significant physical effort. 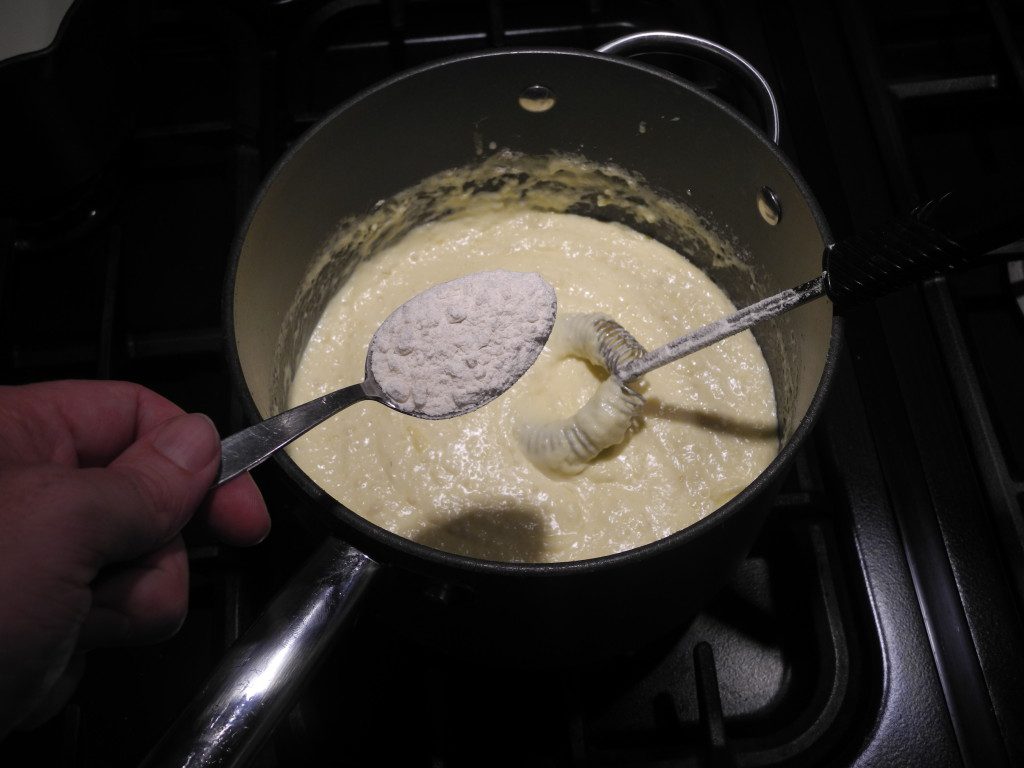 I start to worry when things begin to look decidedly doughy. At this point it’s definitely time to slowly add the heated milk. The panic is soon over, as the consistency becomes more porridge (or “grøt”)-like. A few minutes and some sugar later we have the nearly-finished dish.

All that was left to do was serve it into a bowl and sprinkle on it helpings of cinnamon, sugar and a little nutmeg. And then eat. Although my adapted version lacks the Norwegian rømme, it certainly looks the part. It will have to do. 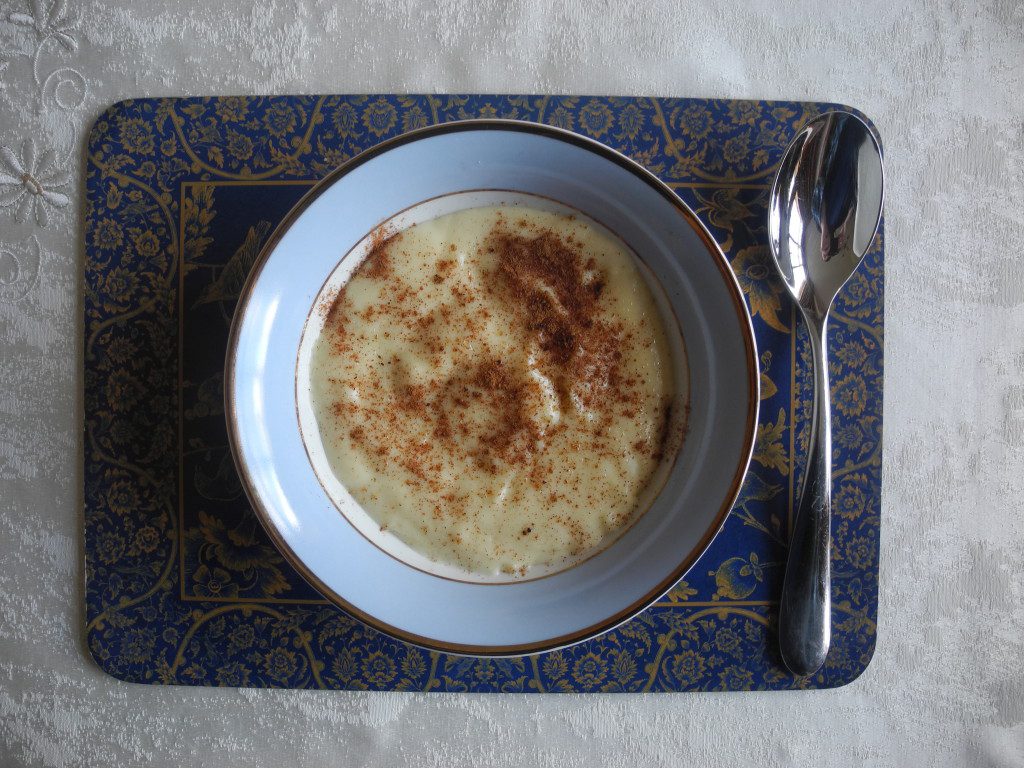 It’s very pleasant, rich and definitely porridge-like. Sadly, there was no cured meat at hand but it was a decent match with a cup of strong tea. Be careful not to overdo it on the cinnamon and nutmeg, though. Mine wasn’t quite up the standard of that syttende mai but there’s always room for adaptation. And next time I’ll try and source some genuine rømme.