Siri Helle is an author, journalist, agronomist and part-time goat herder. When her father died, Helle inherited the family’s isolated cabin in west Norway, which had no running water or electricity. In her new book Handmade: Learning the Art of Chainsaw Mindfulness in a Norwegian Wood she explains how she conceived and built an outdoor – rather wonky – privy at the cabin using wood from the surrounding trees.

Helle is now training to become a carpenter specialising in traditional skills and old buildings. “I always say this is not a book about how to build a privy but ‘why to’ build a privy,” she says. As Handmade is published in Britain (translated by Kari Dickson and Lucy Moffatt), Helle talked to Norwegian Arts about knitting, Peer Gynt and the safe way to hold a chainsaw.

How does your work as a carpenter dovetail with your writing?

I’m trying to do half and half. If I’m outside during the day and write something in the evening, I’m much more efficient than if I had sat down at my computer in the morning. I can do in the evening in two or three hours what I normally spent eight hours doing if I started just out of bed. It’s easier for my body to settle down when it’s done a bit of work first. 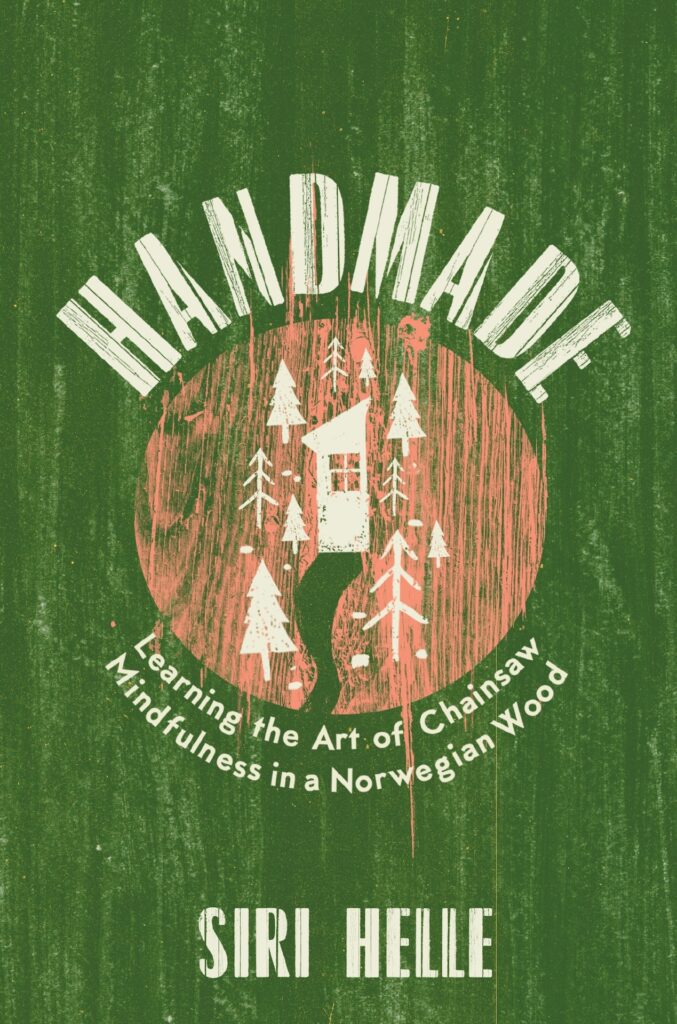 Cover of Handmade: Learning the Art of Chainsaw Mindfulness in a Norwegian Wood by Siri Helle (Granta)

In ‘Handmade’ you make a gentle critique of the Norwegian school system. Can you explain?

It’s so theoretically based. To be a good student, from the age of six years you have to sit still and concentrate. I had to fight for 12 years to be allowed to knit in class. Eventually in high school I got a special permit. If I have to sit completely still, I lose focus, whereas if I knit I can stay focused on what someone’s talking about for a lot longer.

The foundational skills we’re taught – English, Norwegian oral and written, maths, a digital skill – are important, but they should be balanced with a practical skill. For me it’s about educating a whole, complete person, not just educating minds but entire bodies.

In the book you claim that learning to use an axe is as important as reading Ibsen. Do you get a lot of Ibsen in school?

Yes, we do and I think we should continue. But there’s also a lot of practical skills in there if you look for it. Peer Gynt is out in nature building stuff. Using an axe is also a part of our tradition, our culture, our history. 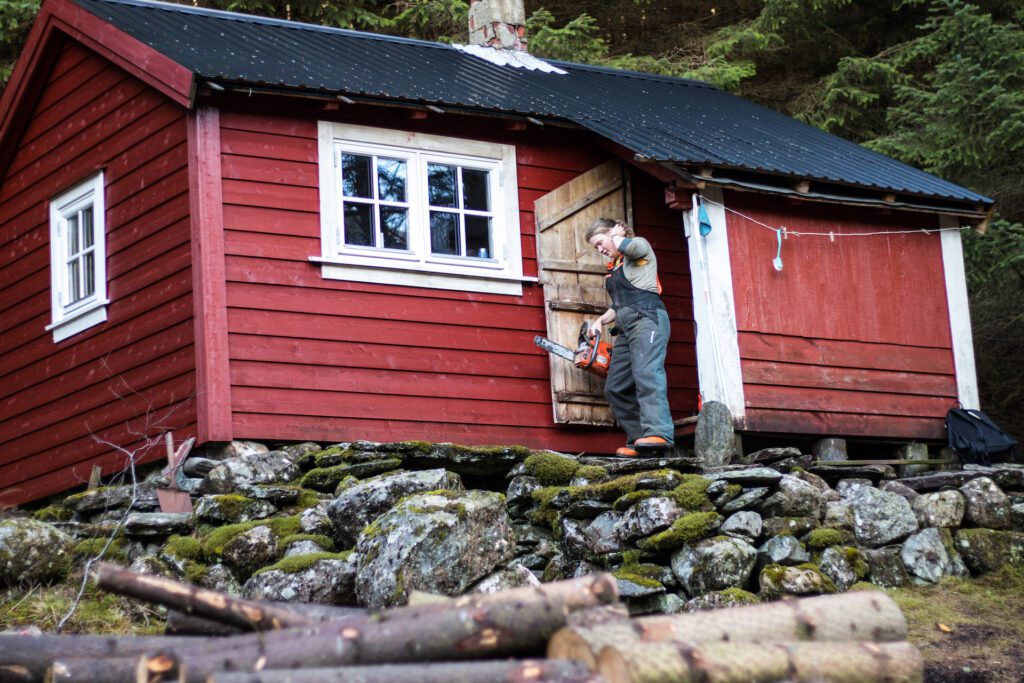 You explain that if we don’t learn manual dexterity in childhood, our brains won’t develop the capacity later on. Isn’t that rather depressing?

The easy road is shut. It’s not impossible to learn things after the age of 20 but it’s harder. We know that’s the case for languages, but we don’t think as much about the physical qualities, that they should be developed at a young age. There is this futuristic fear that, within a few generations, thumbs are going to be like the whole hand! [She mimes thumbing a phone.] I don’t think that’s true, but if we remove pencils from school, we don’t only lose the ability to write by hand but lose manual dexterity.

“I brought in this Styrofoam toilet seat for a bit of comfort. The mice ate it in the first winter!”
Siri Helle

How is the privy working these days? Any repairs needed?

It’s still working. I decided that I was not going to bring anything in from the outside, I was only going to use what I had up there: spruce, juniper. I only made one exception, I brought in this Styrofoam toilet seat for a bit of comfort. The mice ate it in the first winter! But other than that… it’s a pleasure to see it every time I get up there, it’s still standing and being its crooked self.

I don’t think anyone should copy what I did, because that’s what works in that location with the tools and skills that I had, and it wouldn’t be the same anywhere else. Now I have a bigger chainsaw so I can make logs. If I had had that when I started, then I would probably have not used the branch-weaving technique [for the walls]. 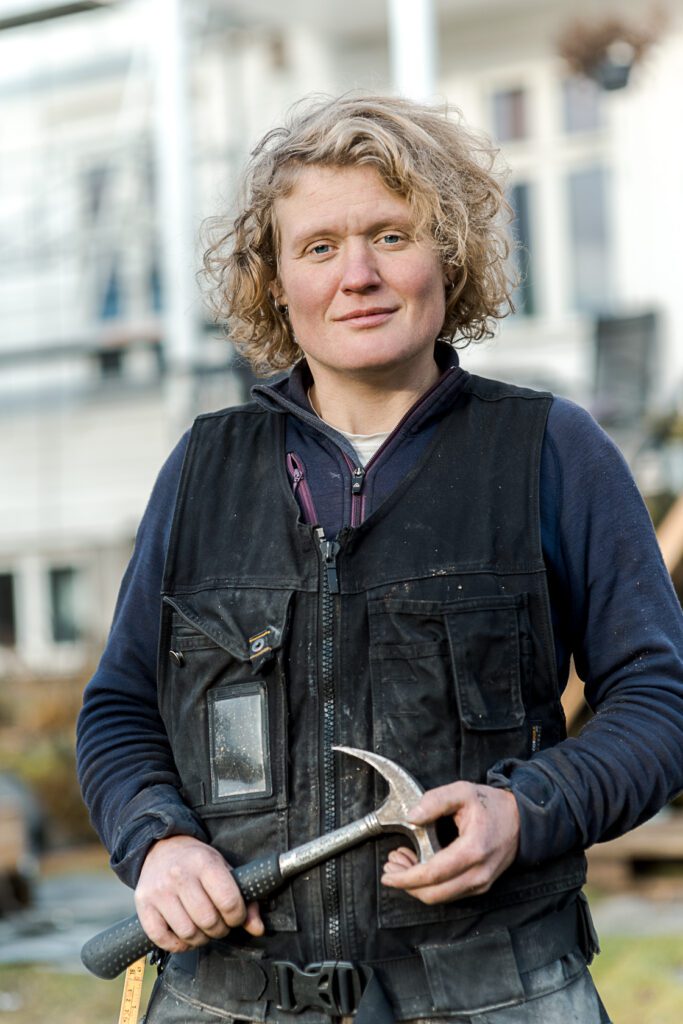 You really got into chainsaws during this project. Aren’t they scary?

Yes, in the beginning. It’s loud and noisy and it runs so fast and it’s quite heavy, especially when you’re a bit afraid of it so you hold it far away from your body. Then it becomes heavier and you have less control and it’s more dangerous. Definitely it’s a tool that you need to learn to master, and now it’s one of my favourites. You can take down big trees with it but also make really specific small cuts and do details and adjustments.

The cabin is remote; would it have been hard to get help in an emergency?

We have a good system for that in Norway. You would get people on scooters if there was snow, or choppers. If I got knocked unconscious, then it would be difficult. The closest I came to an accident is the tree-felling I describe in the book: it could have come down on me. I had no emergency plans, but I think it’s natural to be a bit more cautious when you are alone, to take less risks, think things through one more time. Taking down trees, that’s the most dangerous thing I do. Other than that, I hit myself on the fingers with a hammer a lot. But you don’t require an ambulance for that.

What about more general wear and tear on the body?

There definitely is, but the worst thing you can do for your body is repetitive work. The traditional life of manual labour was more varied. You had the hay harvest in the summer and the milking of the cows in the winter and it’s like a yearly wheel with different activities at different times that challenge different parts of the body. I’m not saying it wasn’t hard but, in many ways, it was healthier than a lot of the manual jobs that we have today which are very repetitive all the year round. 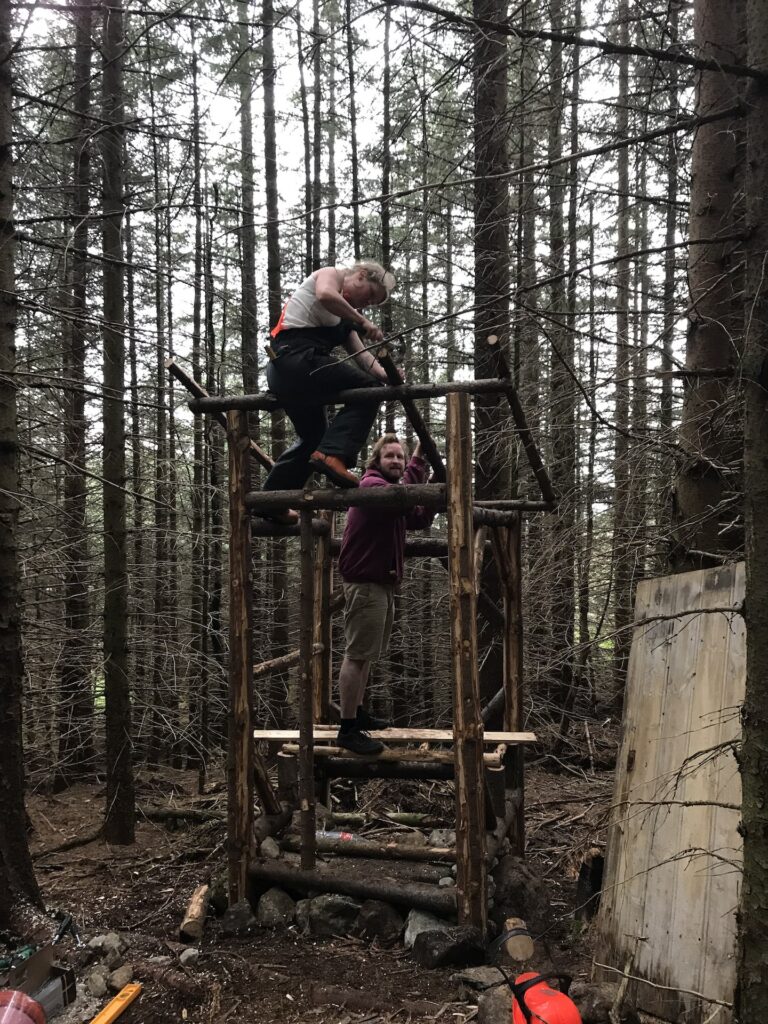 Did any particular person inspire you?

Yes, the carver Mari Fallet Mosand. When you’re used to buying everything and it’s finished, you only see the perfect results. At the beginning I was thinking that something had to be perfect or it was nothing at all. Mari taught me that it shouldn’t even be a goal – perfection is often quite boring. The perfect square is an artificial creation. It doesn’t exist anywhere in nature. It’s practical when you’re building things and I do strive for more perfect squares now I am building, but it was nice to see it doesn’t have to be like that.

We are also used to thinking that freedom is the ability to buy something; you buy your way out of having skills. If Mari goes for a hike in the woods by her house and finds mushrooms, she doesn’t have to bring a bag, she can make a bag from what she has around her in the forest. And that’s also freedom. To be free of having to buy something. 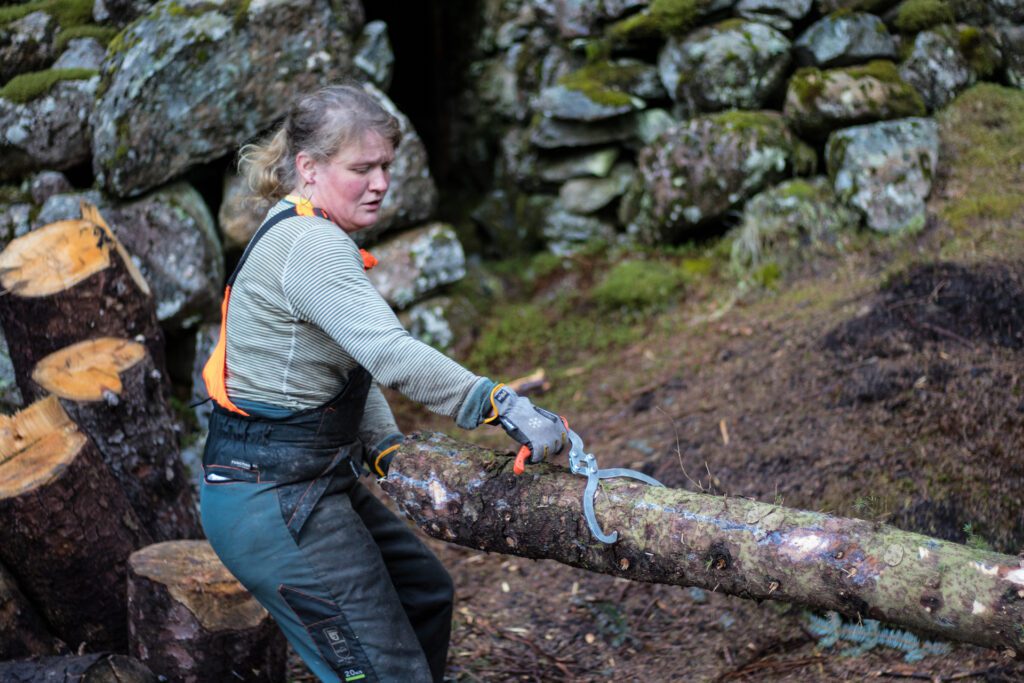 Finally, do you have any tips about Norwegian culture to share?

I’d recommend goat-farming. Goats have played a big part in Norway for centuries, and many aspects of farming are unchanged. Almost all goat farmers send their goats to mountain pastures over summer. Many traditional “støls” (summer farms) accept visitors: you can hike in the area and see how the goats maintain the landscape, and you can taste the amazing products – meat, a variety of white cheeses, and especially the traditional brown cheese made from the whey left over after cheesemaking. Goats are curious animals that make everyone happy.

Within a more traditional definition of culture, I’d recommend musician Gabriel Fliflet. His main instrument is the accordion. Teaming up with a variety of talented musicians he mixes Norwegian folk music with the traditional music of the Balkans, Romania, Finland, the Klezmer-tradition or even pop-tunes – you never know what you’ll find on his albums, other than it’s going to be a lot of fun.

Handmade: Learning the Art of Chainsaw Mindfulness in a Norwegian Wood is out now, published by Granta

4 March 2022 / Suzi Feay is a literary journalist writing for the Financial Times, Spectator and Tablet. She is a member of the Authors Club and President of the Critics Circle. Categories