NA Meets Herbert Nordrum, actor in The Worst Person in the World 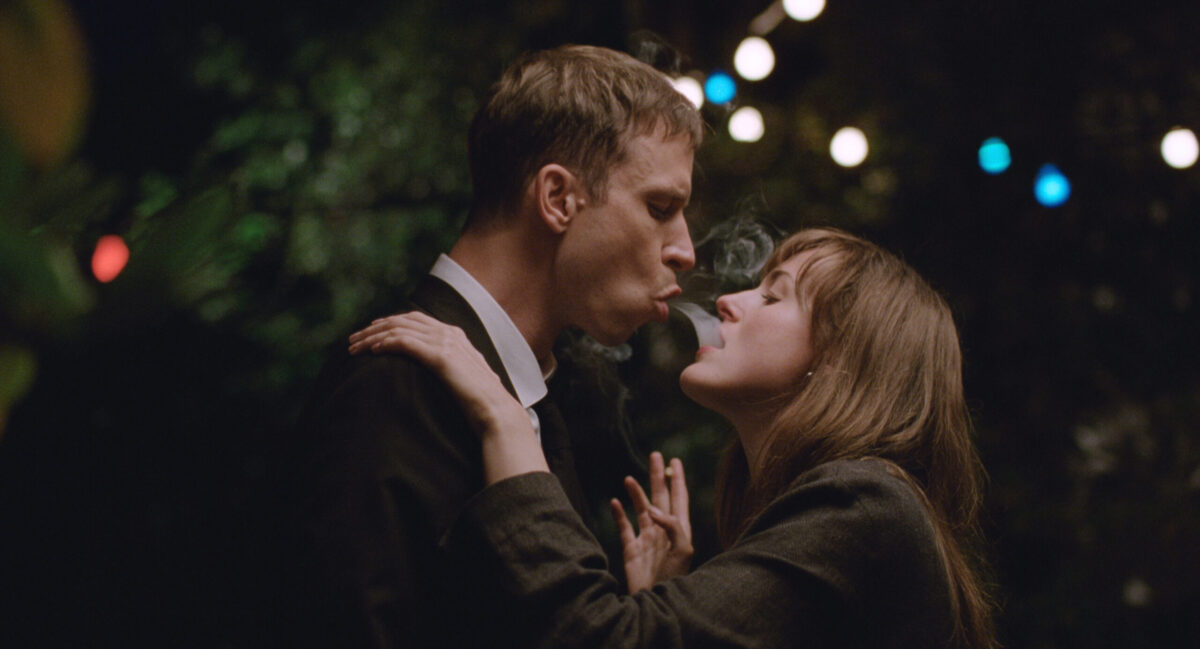 In Joachim Trier’s Oscar-nominated The Worst Person in the World, Herbert Nordrum plays Eivind, an Oslo barista who inadvertently becomes one corner of a curious love triangle.

In the film, Eivind meets Julie (a Cannes award-winning performance by Renate Reinsve) who has gate-crashed a wedding celebration on her way home from a party in honour of her older boyfriend, Aksel. A drink-fuelled discussion about the line between fidelity and cheating gradually morphs into a real entanglement. Trier’s film is the third in a loose series that has become known as his Oslo Trilogy – following Reprise (2006) and Oslo, August 31st (2011) – and is a moving blend of romcom, existential drama and cinematic fairy tale.

In addition to several television series, in recent years Nordrum has appeared in two hugely successful historical film dramas in Norway: Amundsen, a biopic of the iconic Polar explorer, and The King’s Choice, an account of the refusal of King Haakon VII to accept the German occupation of Norway during the Second World War and his subsequent escape to Britain.

As The Worst Person in the World is released in British cinemas, Nordrum took time out of his theatre schedule in Oslo to talk to Norwegian Arts about playing Hamlet, jumping fences and acting drunk.

Herbert Nordrum and Renate Reinsve as Eivind and Julie in Joachim Trier’s The Worst Person in the World (Photo: courtesy of MUBI)

What was your initial response to the script for The Worst Person in the World?

It was such a page-turner. It’s very seldom that you get scripts that feels like everything flows. It had all the elements: it felt like a big musical and it felt like a truly intimate drama. My way of getting the role was stereotypical – I went to audition and went through the loops. And I got to read the whole script right before I got to meet Joachim.

Joachim Trier has said that he and his co-writer Eskil Vogt like to keep room for actors to improvise – did you feel that during the shoot?

For the wedding sequence, we filmed that every night for seven nights. Because we slept in the daytime and filmed at night, we all became lucid, it truly felt like a party. Joachim is a DJ as well and between takes he played music and we just ran around and filmed in this apartment. It felt very free and we could do anything. The game [between Renate and I] of what is cheating felt very real.

Did you and Renate already know each other?

Yes, we knew each other very well, we went to theatre school together here in Oslo and were great friends. I don’t think we had acted together before, it’s weird that we haven’t. It felt very safe, that collaboration.

In several of key scenes your character, Eivind, is either drunk or high. How difficult is it to act being intoxicated?

It depends on the vibe on the set. That is everything. Joachim is really good at creating the right energy for every scene. You feel you don’t have to come in and make stuff up, you come and react together. So, when you’re supposed to be on magic mushrooms and drink wine, even though the mushrooms are fake and the wine is fake, you just let yourself come into that zone. 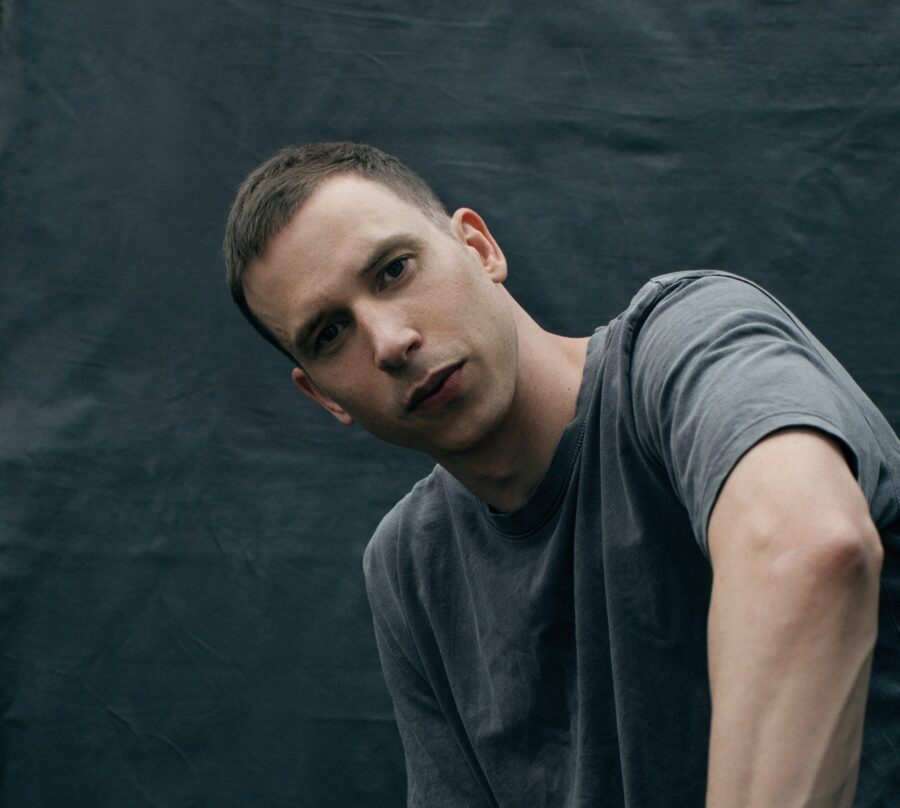 Do you prefer working on contemporary or period stories?

I think everything depends on the director and the project. Everything is about who’s eye the story is told through. So, really, it’s all about the director.

Does the film accurately capture Oslo in the summer?

Kind of. All of his films are filmed in Oslo. When I saw Reprise the first time, I was 19 and I felt like this was the first film that I’d seen that was about me and my friends. Or how we want to be. And in Oslo 31 August: the night when the character cycles around and goes swimming in the pool [Frognerbadet]. I’ve done all that. Every Oslo kid has jumped the fence to that pool and brought a couple of wine bottles. I feel like he captures Oslo in the summer really well. 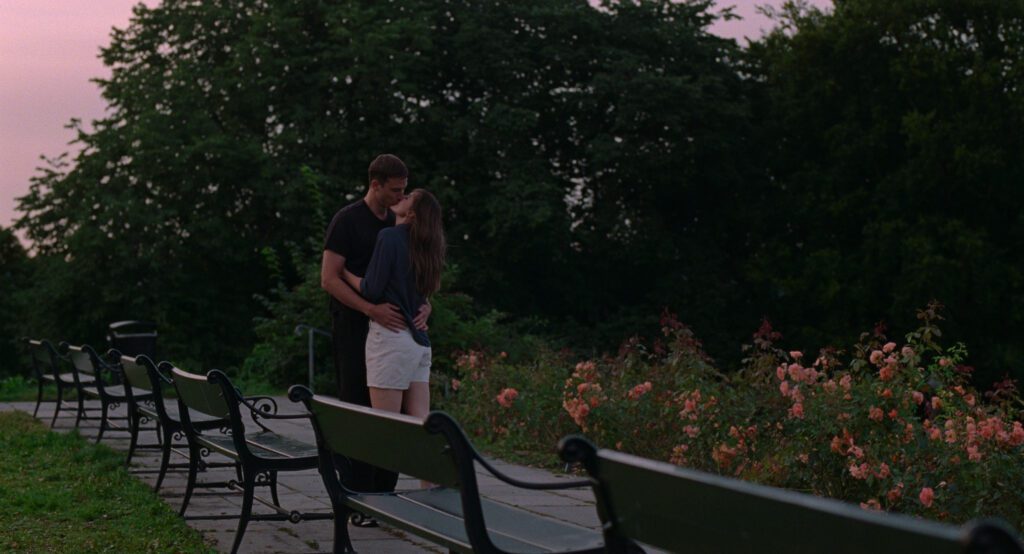 Herbert Nordrum and Renate Reinsve as Eivind and Julie in Joachim Trier’s The Worst Person in the World (Photo: courtesy of MUBI)

I understand you’re currently appearing on stage in Oslo?

I’m playing Hamlet now at the National Theatre. It’s amazingly difficult and horribly interesting. It’s definitely the coolest thing I’ve done in the theatre. It was a dark year when we made this play. Now that we’re playing it, it feels easier in a way. You’ve found the thoughts and the ideas so when you go on stage they appear. So, you don’t have to go around being depressed all day.

Do you have any personal Norwegian cultural tips for British readers?

Jump the fence at Frognerbadet. Wait until about 12’o’clock at night. It’s the best feeling.

Explore Oslo as a character in the film through the map in this article.

Top photo: Herbert Nordrum and Renate Reinsve as Eivind and Julie in Joachim Trier’s The Worst Person in the World (Photo: courtesy of MUBI)

25 March 2022 / Christian House is a freelance arts and books writer for Financial Times, Sotheby's and The Art Newspaper. Categories