How did the Norwegian resistance survive the Nazi occupation during the Second World War? The 12th Man might give you some answers. We spoke to actor Thomas Gullestad about portraying a war hero, losing 16 kilos and swimming in zero degreees.

The 12th Man tells the incredible story of Norwegian war hero Jan Baalsrud. It is a tale of survival of a resistance fighter through several extremes. Through pain, loneliness and the harsh winter in Nazi-occupied northern Norway. Baalsrud’s struggle has been turned into a film by director Harld Zwart, with Thomas Gullestad playing the leading role. Also known as a DJ, rapper and TV presenter, this was Gullestad’s first major film role. We caught up with him ahead of the film’s UK release in January to talk filming in minus 30 and portraying Baalsrud.

How did the role come about? Would it be fair to say that you hadn’t done loads of film roles before?

That would be fair to say, yeah! Prior to this I had just been stumbling into a few smaller parts in movies of my friends. I hadn’t really been doing this at all and I had no intention to pursue an acting career. I went to three auditions in my life before The 12th Man and I promised myself I was never going to go to an audition again until this project showed up.

I met a guy, a scriptwriter that also had the idea of the [TV series] The Oil Fund (Oljefundet). A week later he called me back and he had talked to Harald Zwart and they said you are the perfect guy for the part. Fast forward two or three months and I got a phone call from a casting agency and they were like ‘Harald Zwart is making this movie about Jan Baalsrud and he really wants us to test you!’. 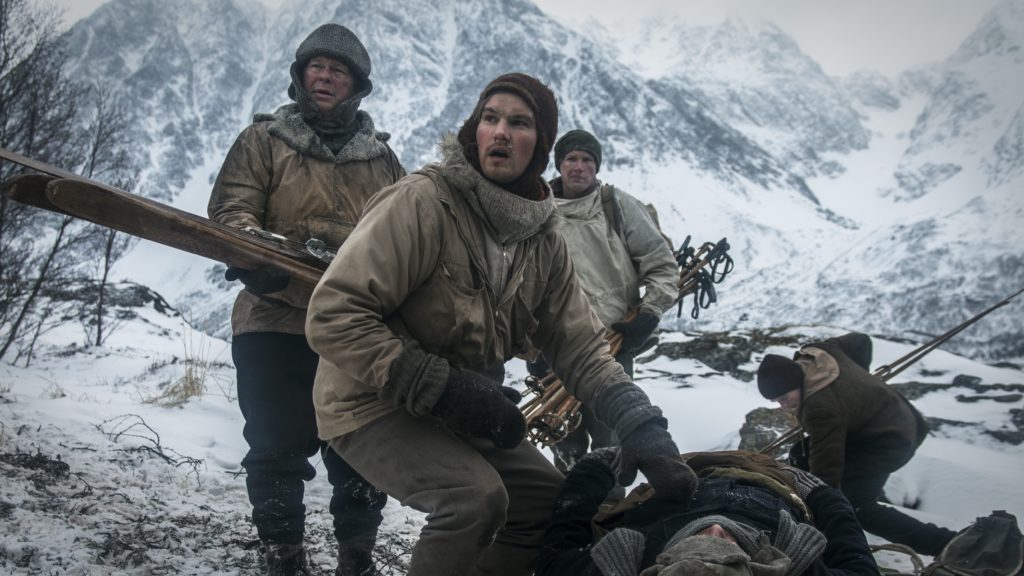 Did you have any doubts about saying yes to such a big part? How aware were you of Jan Baalsrud’s story before you took on the role?

I kind of hesitated because I didn’t know too much about him and that story. I knew his name and I recalled something about some toes [Baalsrud had to amputate several of his own toes in his ordeal]. If that’s going to block my part in The Oil Fund, I don’t want to do it. Of course, Harald believed I would be the right guy for the part and then I did three of four auditions and a test filming. I never, ever thought that they would give a DJ guy like me such a serious role in a film like that. It was a shock!

It is a serious role…he’s the main man in the film. It’s massive.

It is. I didn’t really believe that was actually going to happen. I know that Harald had to really convince the production company. Were people going to believe me when I was portraying Jan Baalsrud in this pretty tough story?

Did you surprise yourself in any way, was it difficult to be the main man here or did you just go into it and got on with it?

I didn’t really have any acting techniques or stuff like that. I had to do a crash course in acting; in how you should think, how you should go about analysing the script and owning it. As for that, I have a story. My mother took her own life when I was 10 and that story was very applicable to put into my head when portraying Jan and it put me in that mood that I believe he was in throughout this story.

When I finally cracked that code I actually thought it was pretty easy…well, it wasn’t easy in any way but to crack that code made it easier for me to get into the part every morning. It’s weird to be on a film set where there are 100 people running around, eating sandwiches and smoking and you have to try and be in your own little bubble and in your own little world.

There were the physical aspects that were not easy at all. Like losing weight. It was rough, physically and psychologically because I had to find my worst memories and be in the blistering cold in minus 30 Celsius and at the same time having lost 16 kilos. It was tough on all parts. It was hard but it didn’t feel unnatural. It felt like I managed to find confidence in me being the guy that was going to portray Jan Baalsrud. 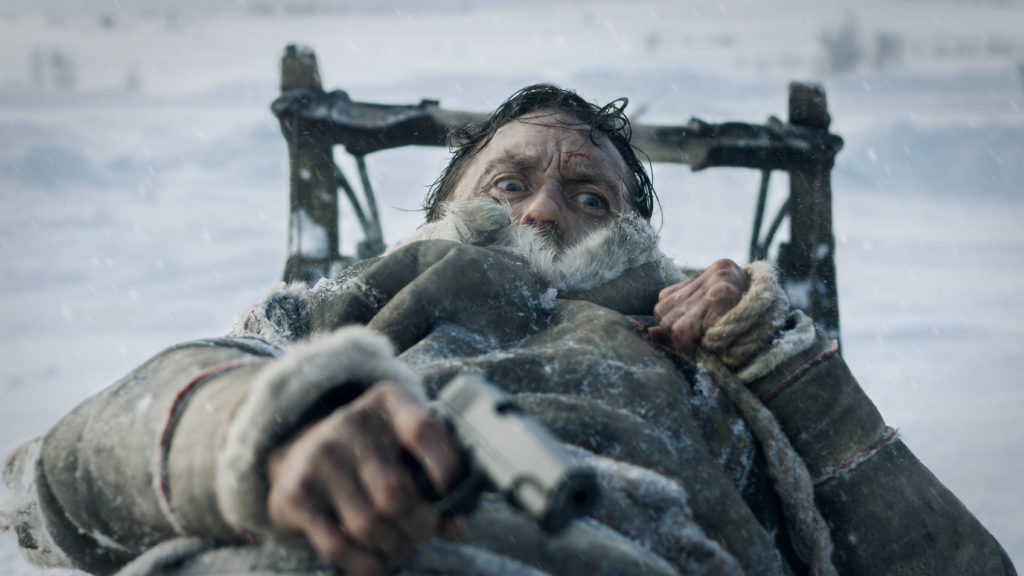 How difficult was it to lose 16kg?

I realised that losing weight is very boring and very straightforward. It’s simple maths: you just eat way less. There are no shortcuts. The easiest part is the first five or 10 kilos. I didn’t have 10 or 16 kilos extra but the last four, five, six kilos was extremely tough because it just eats you up from the inside. It was comforting somehow to have a very concrete thing to stick to because the whole acting part, the psychological part of it is so abstract it was nice to have a project to lean on where I could just count calories.

Did you read any books about/by Baalsrud to prepare for the role?

There were a few documentaries on Jan Baalsrud where he was interviewed. I saw that. Seeing interviews with him is probably the best research just to understand how he was. He wrote a report [about his experience] when he got back to Britain. But that was only 14 pages. It was pretty thin and he left out a lot. He didn’t really paint any pictures in that report.

In the book that Tore Haug and Astrid Karlsen Scott wrote; they did a lot of research. They did my job for me writing that book. They talked to all the people that were involved that were still alive. I really got huge amounts of help from it. For me it felt like I could study the war and the whole mechanism of war and what happens to people and I did to some extent but for the most part this movie is so lonely. Jan is so lonely so it’s more about finding the loneliness and the memories and the psychological stuff to work from inside and out. 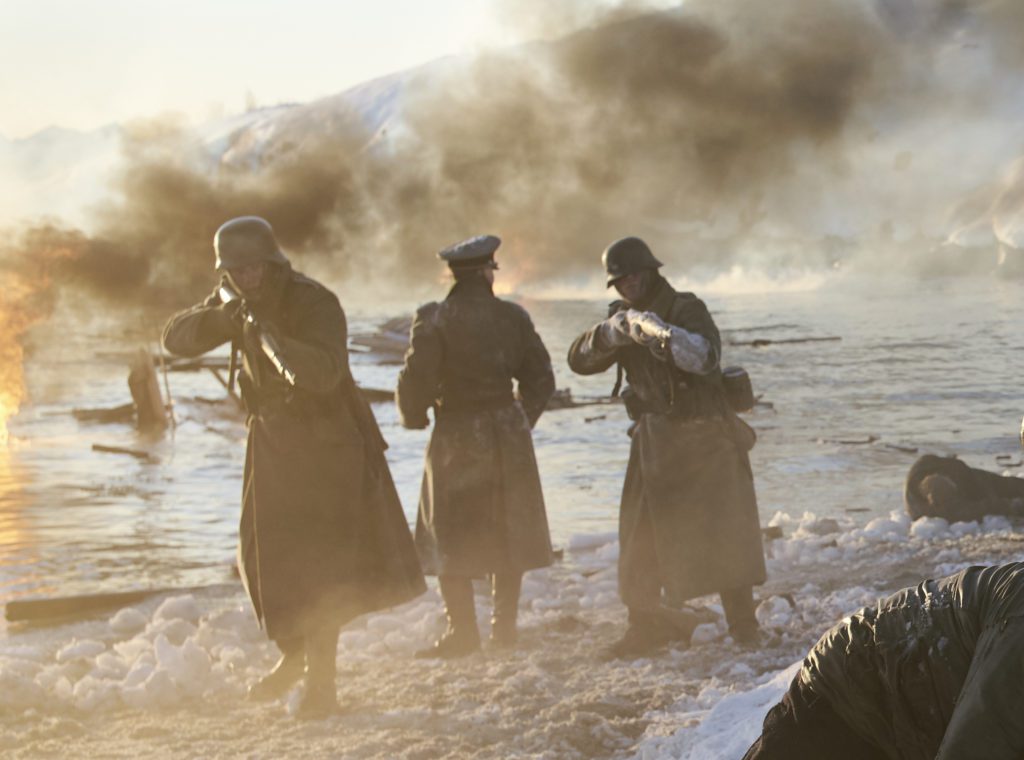 There is help along the way but it is quite fleeting. He’s really on his own, isn’t he?

He said that his biggest enemy is his loneliness. If anything was going to kill him it was the loneliness. As long as he was together with people it was all good. Of course, he understood that he couldn’t stay anywhere too long because the Germans were searching every single farm, house and cottage all over the place. He had 17 days alone, that was the longest stretch.

Which scenes were the most difficult to film? Was it the avalanche scene where you are buried in snow? Or the scenes in freezing cold water after Baalsrud’s boat was attacked by the Germans?

I think maybe the water was worse. Jan lost his gloves and everything in the explosion [on the boat]. I had to go swim without gloves and boots and without socks. In zero degree water, instantaneously your hands get stiff and you feel they’re kind of cracking when you try to move them. But that also happened in the avalanche scene.

Actually, the avalanche scene was the worst because I had frostbite four times that day. After cutting the scene I had to run into a heating tent and I was rolling around on the ground and shouting for 20 minutes because of getting the feeling back in the hands. It was so painful! I still have problems with my right hand today. There are some damaged nerves in my fingertips and stuff like that. So that’s a good souvenir.

That’s serious stuff and quite dangerous!

It is. What’s interesting is when you’re in the middle of it there’s no pulling back because I think we’re there, we’re making the movie once in our lifetime and we have to do it right and we have to follow through. Everybody thinks it’s a movie set where everything is under control – that somebody has control over the situation and knows when to say stop. But nobody really has that, that is actually up to me to say now it is too painful and we have to stop and find some other way to do it.

Did it give you even the smallest understanding of what Baalsrud went through on his journey?

I felt that I did in some way. The amount of pain is kind of subjective but I felt that I had the maximum pain I have ever had. I can’t compare my pain to his. Of course, I see that all the other factors coming into play in his journey just put him on a whole different level. Maybe on the pain side I could relate to him and in some ways psychologically but it was not even close to what Jan was going through.

Every single shot and every single scene, the whole crew – myself included – understood less and less of how he could have actually survived this. There are so many layers of pain that no-one really understands why he didn’t kill himself. I think I experienced bits and pieces of what he experienced but luckily not as extreme. I got so much more respect for him and what he went through and how he managed to cope.