It is London’s, if not the United Kingdom’s, most famous Christmas tree. Standing tall at the heart of Trafalgar Square, this Norwegian spruce is one of the capital’s most recognisable festive monuments. It is, though, more than just an annual Christmas tree.

Every year since 1947, the Trafalgar Square Christmas tree has been given to the people of London by the city of Oslo, as a token of thanks to the United Kingdom for their help during the Second World War. This assistance was varied, but when German troops invaded Norway in 1940, the King refused the invaders’ requests to appoint a new, Nazi-collaborating Prime Minister. After resistance from Norwegian troops was toppled, the King, the Royal Family and the government fled the country. A government-in-exile was established in London, with the Norwegian Ambassador’s Residence as its location, where it stayed until liberation in 1945.

This tree has become a symbol of the long-standing and close friendship between Norway and the UK. Although it is not the only tree given to the UK by Norway – there are trees in Orkney, Edinburgh, Aberdeen, Newcastle, Grimsby and now the Foreign and Commonwealth Office – it is the most famous.

“This is a very important tradition for us. It’s historically important but it’s also important for the future.”

The annual lighting up ceremony is something the Mayor of Oslo, Marianne Borgen looks forward to for the whole year. Although this is her fourth year at the event as Mayor, she has attended for many years as a Christmas tradition with her daughters. “This is the day of the year. I think this is a wonderful tradition and of course it is also historically very important,” she says. Although the tradition is over 70 years old, Borgen believes that it also has relevance to the future.

“This is a very important tradition for us. It’s historically important but it’s also important for the future. I say that everyone needs friends. Even cities need friends. So, this is a symbol of friendship, peace, dialogue and gratitude,” she adds.

Turbulent political times – in the UK and elsewhere – make it even more important to look to the future and to offer people security and stability. It is in the tradition that people can find this, Borgen believes. This year Borgen and the Lord Mayor of Westminster, Lindsey Hall, were the ones to jointly turn on the Christmas lights in a symbolic moment of co-operation.

Every year the tree comes from the same place, Oslomarka; the large area of woodland that surrounds Norway’s capital. Marka (meaning “the forest”) is a huge part of the city’s appeal, especially in winter. It gives it its distinctive backdrop, from which the acres and acres of pine woodland – and even the famous Holmenkollen ski jump – can be seen. Handily for those Oslo residents who are fans of winter sports and hiking (which is an awful lot of them) it’s easily accessible. Just a short ride on public transport and you’ve been transported from the city centre to the wild forest, where moose, lynx and even wolves roam free and the pine trees stand impressively high and mighty. 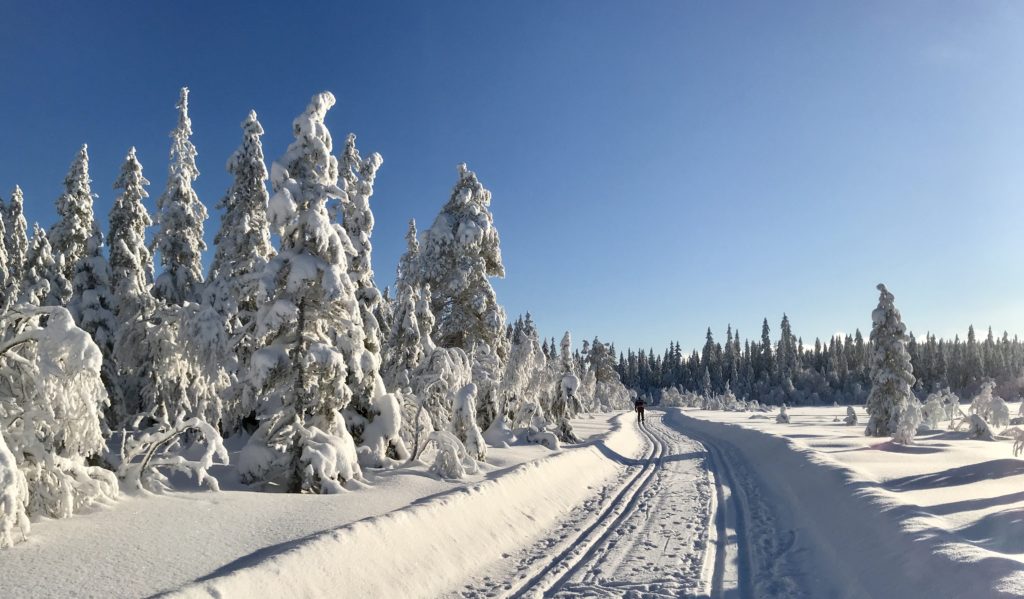 “We are very fortunate in Oslo because all around Oslo we have forests. We have the Oslo fjord and we also have forests that embrace the whole city,” Borgen says. “Most of the citizens in Oslo can come up to the forest in 15-20 minutes with public transport and that makes it easy for people living in Oslo to have easy access to outdoor activities both in the winter as well as in the summer. So, we love our forests.”

”As you might imagine, cutting down a gigantic tree and transporting it across sea and land is not an easy undertaking. But it does not begin even there. The trees with the potential to stand in Trafalgar Square are marked out over a decade before. The final selection process begins in Spring of rhe same year. This year’s tree is 21 metres high and around 80 years old.

“This is a huge job!” Borgen says. The foresters in Oslo have to nurture the tree so it can reach its potential. “They talk to it, they hug it, raising it, they are doing everything to make the tree okay,” Borgen says. The tree also must be near the small forest roads for easy transport. “So, there are a lot of things to think about, it’s like a science. It’s a Trafalgar Square science,” she adds.

“The trees with the potential to stand in Trafalgar Square are marked out over a decade before. This year’s tree is 21 metres high and around 80 years old.”

The felling of the Norwegian spruce is another ceremony in itself and great fun, Borgen says. As ever, the Lord Mayor of Westminster was there along with the Mayor of Oslo, British Embassy staff and children from two schools singing carols.

After the tree has been felled (this year on November 20) its long journey begins. Placed on the back of a truck that heads to Brevik, south of Oslo, it is then moved inside a ship to avoid damage from salt water. From Brevik the ship stops at Immingham before being driven again to London and Trafalgar Square. 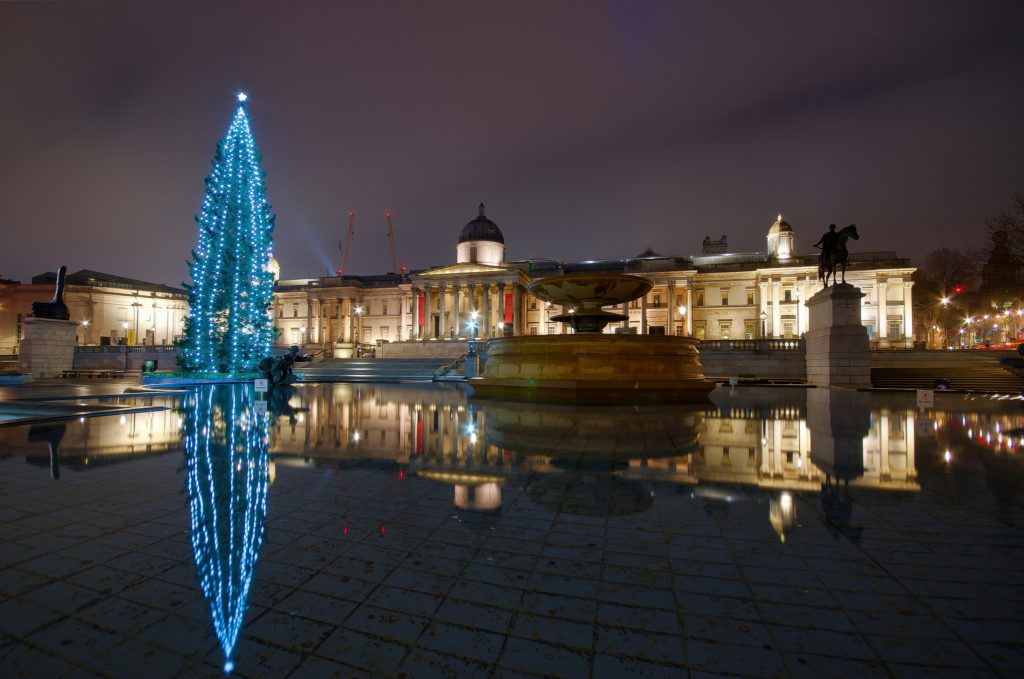 “This is a very complicated process but we still do it because we think it’s so important,” Borgen says. It is clearly not an inexpensive procedure, either, but the Mayor is committed to continuing it.

“I was asked during the cutting down ceremony a month ago about the climate budget on these things! It’s a little bit strange to bring such a spruce from Oslo to London because you also have spruces here,” she says. “But I don’t think we can think in that direction with this tree because this is a very special tradition.”

And, given the uncertain state of the UK in Europe, will relations between the two countries and two cities grow stronger in the coming years? “I really hope that we will strengthen our cooperation in the years to come” Borgen says. “The tree is a symbol that we want to have contact. I hope it will last forever because I think it’s so important to keep up traditions and to bring history and future together. It makes hope for people, it shows the important of friendship and the important of friendship to make peace.”