The Dark Sonic Return of Annie

Following a break of more than a decade, Norwegian singer Annie returns with a new album and, as Gemma Samways discovers, a more introverted – yet cinematic – approach to music.

Eleven months is a long enough time in pop music, but eleven years is another lifetime altogether. To provide some perspective, the last time Anne Lilia Berge Strand – known to the listening public as Annie – released an LP, Lady Gaga was yet to share ‘Bad Romance’, Kanye West vs Taylor Swift was only just a thing, and Billie Eilish was still in first grade.

“I didn’t even know if I was gonna’ do another album,” the Trondheim-born, Bergen-based synth-pop star admits today, addressing the period between her album Don’t Stop (2009) and her brand-new release Dark Hearts. “But I met [producer] Stefan Storm, we started working on some songs, and then all the tracks somehow felt like they belonged together, so it felt more natural to do an album.” 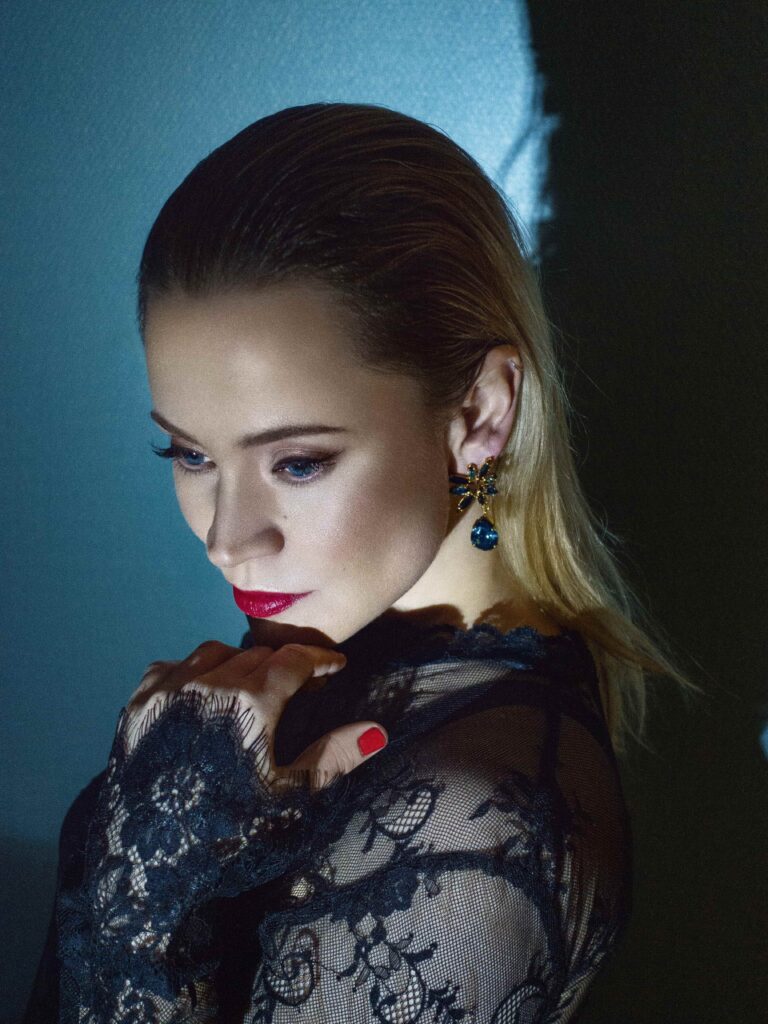 This idea of being led by the art, rather than propelled by professional aims or objectives, has been Annie’s modus operandi from the beginning of her career. It is an approach that has paid off. From her breakout single ‘The Greatest Hit’ in 1999 and her debut album Anniemal (2004) – described by Pitchfork as moving “between the fizzy and the woozy”  to the balmy holiday-pop on her Endless Vacation EP in 2015, Annie’s track record has been flawless, even if releases have proved a little more sporadic than her loyal fans might like. Happily, this comeback album isn’t about to besmirch the 42-year-old’s reputation either, being arguably the most cohesive collection of her career so far.

Written and recorded, over the course of five years, between Berlin (where Annie lived for eight years until 2017), Stockholm (home to Stefan and his band The Sound of Arrows), and Bergen and its environs, Dark Hearts offers a complete world for listeners to get lost in. Deeply cinematic, it is by turns romantic and sinister, escapist and absolutely rooted in real life, finding Annie revisiting childhood memories one moment (‘The Streets Where I Belong’) and contemplating the apocalypse the next (‘The Bomb’). In Annie’s eyes, these two scenarios are innately interlinked. “You never know where life’s going, do you?” she says. “You’re just crossing your fingers and hoping everything will be fine.”

Indulging her cinephile tendencies, Annie looked to film for inspiration for the album. Lead single ‘American Cars’ combines Chromatics-esque atmospherics with lyrics drawing on David Cronenburg’s controversial thriller Crash. ‘The Bomb’ begins with muted, piano chords in the style of Angelo Badalamenti’s film soundtracks (later in the track she samples dialogue from the 1988 disaster movie Miracle Mile). And ‘Mermaid Dreams’ is a fever dream as if scored by Vangelis.

“I was definitely the kid that wanted to watch all these creepy films while the rest of my friends were too scared,” Annie laughs when I point out the sinister nature of some of her reference points. “I always loved The Wicker Man and these interesting, strange psychological thrillers from the 1960s and 1970s as well.” 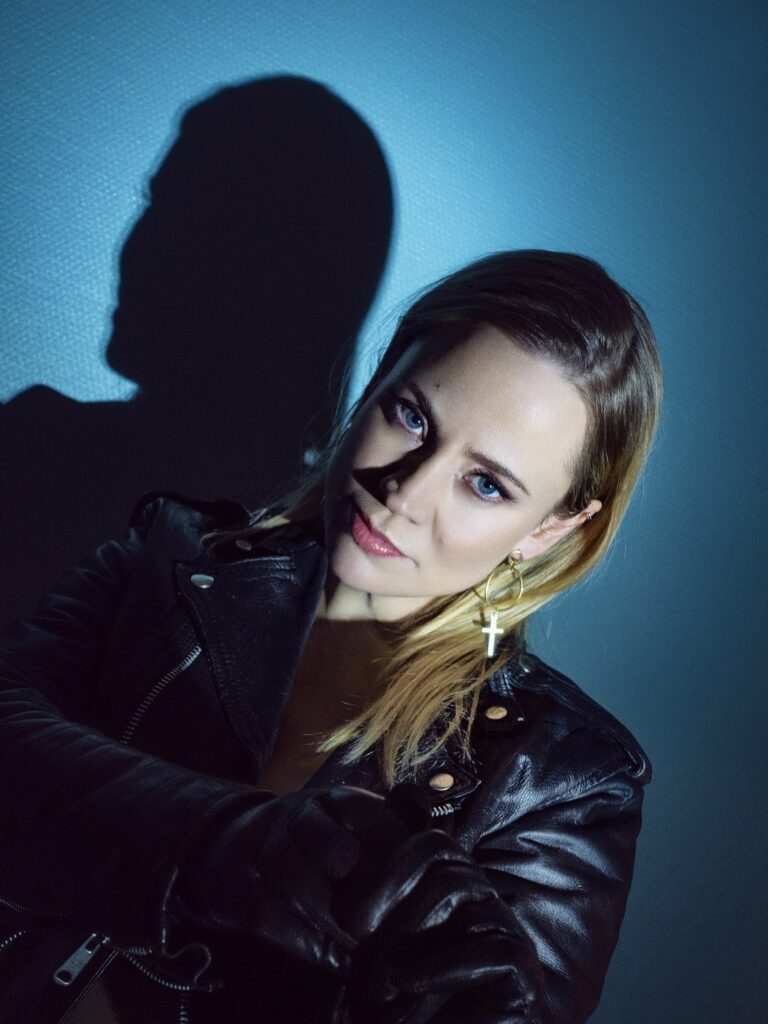 But there is plenty of warmth on the album. ‘The Streets Where I Belong’ is a wistful, 1980s-inspired bop written for her former partnerTore Kroknes, who died from a congenital heart defect in 2001. Both the sax-flecked ‘Forever 92’ and the comparatively minimalist ‘In Heaven’ find Annie reminiscing about formative romances. As she explains, this newfound predilection towards nostalgia for her youth is not only inspired by her recent move back to Bergen – the city in which she grew up – but by having children of her own.

“You get much more sensitive when you become a parent. It’s not all [about] yourself. You actually have others to think about, and you worry much more. With that, and moving here from Berlin, I felt like I was closing a chapter and opening up something new. I was looking back and then looking towards the future, and considering the cyclical nature of everything.”

Sonically, there’s been a maturation too. “When I made music before I felt like it was more connected to clubs and going out. But [with this album] we didn’t want to do a club album or anything that was more dancey. It’s more relaxed and maybe more suited to staying home after you’ve been out; to going home by yourself and listening to music and thinking about things you’ve been going through. It’s definitely a bit more introverted.” 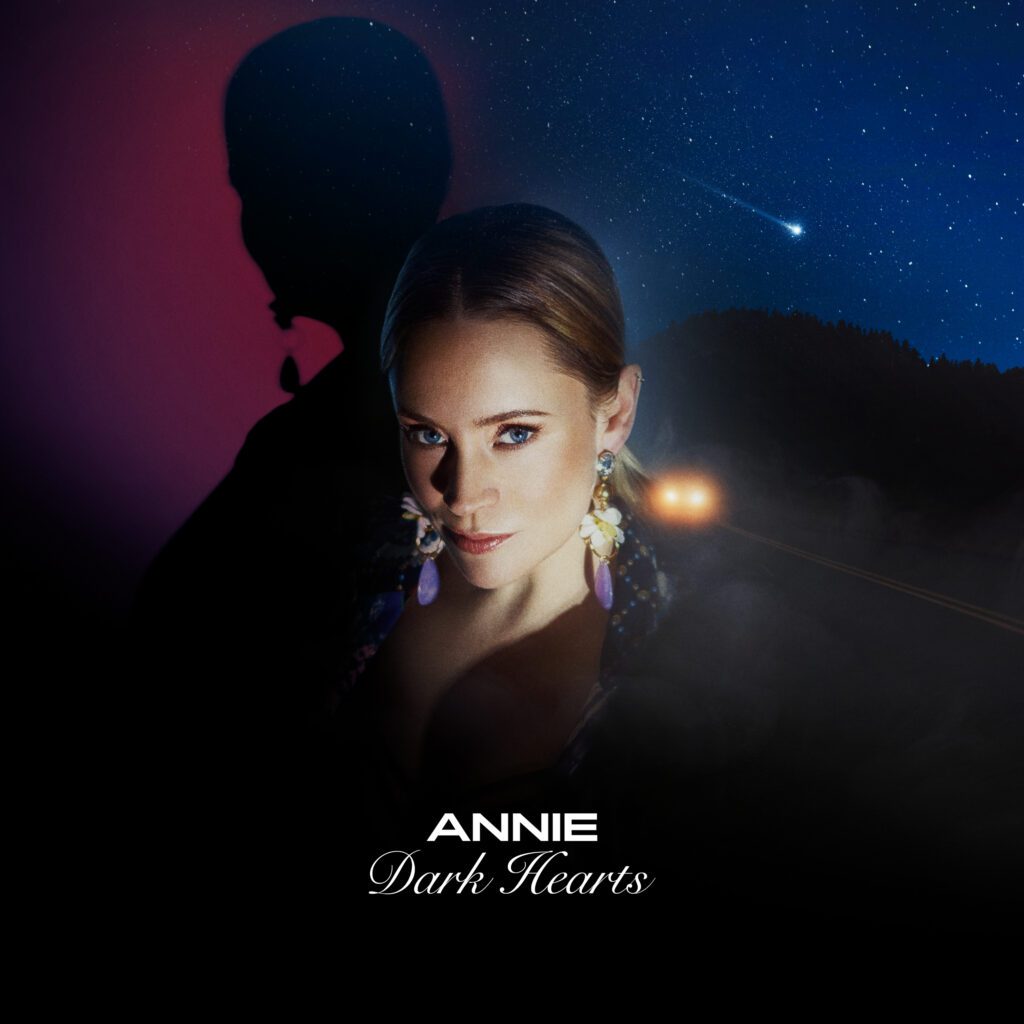 That’s not to say that Annie has lost her ability to pen a pop explosion: the apocalyptic disco of ‘The Bomb’ and glittering groove of the title track are every bit as irresistible as any of her previous floor-fillers. But conceptually, there’s certainly a consistency here that surpasses any of Annie’s previous efforts. “For me, that’s much more interesting these days,” she agrees. “I’m interested in music with a concept behind it; a story and a proper plan.”

As hinted by the title Dark Hearts, this album sets out to explore the things that we – as a species – conceal. “The idea of dark hearts is about the secrets you keep. All of the tracks have a little bit of that general feeling in them, and it combines it all together: the idea of secrets and of small stories about different chapters of your life.”

Speaking of new chapters – and considering the filmic nature of the album – is it possible that a move into scoring movies might be on the cards? “I would definitely like to do it,” she says. “But whatever happens it was really fun to do this because I got to stimulate that interest.”

It’s been two decades since her debut single. “The business keeps changing so much, and you really have to just keep on going,” she acknowledges. “If you want this, then it’s always up to you to make it happen, because you can never really trust the record companies. I think that has been the biggest lesson for me.” Her intentions are now more modest and personal, she says. “I think I’m still ambitious in that sense that I want the music to reach out to new people as well as the people that I know from before. But I don’t have any kind of interest in playing stadiums or anything like that.” She’s all set, then, to continue at her own pace.

Dark Hearts by Annie is out on 16 October

14 October 2020 / Gemma Samways is a freelance writer, editor and broadcaster, specialising in new music. You can find her words online and in print across London In Stereo, Loud and Quiet, Crack, the Evening Standard and i-D. Categories