The Bare Romantics: How Highasakite Returned to its Roots

Highasakite drummer Trond Bersu talks to Cheri Amour about returning the band to its original lineup as a duo, distancing themselves from the pop factory and remaining grounded nearly a decade on from their debut.

In the period between promoting their album Camp Echo (2016) and the release of Uranium Heart, in 2019, Highasakite founders Trond Bersu and Ingrid Helene Håvik retreated into the Swedish woods. For months, the pair hunkered down in a small cabin trying to find their way back to creating together again. No longer flanked by fellow touring musicians, the band returned to their original form as a duo. Between Bersu’s apartment, some local studio time and the Swedish wilds, the original pairing began sowing the seeds of change. 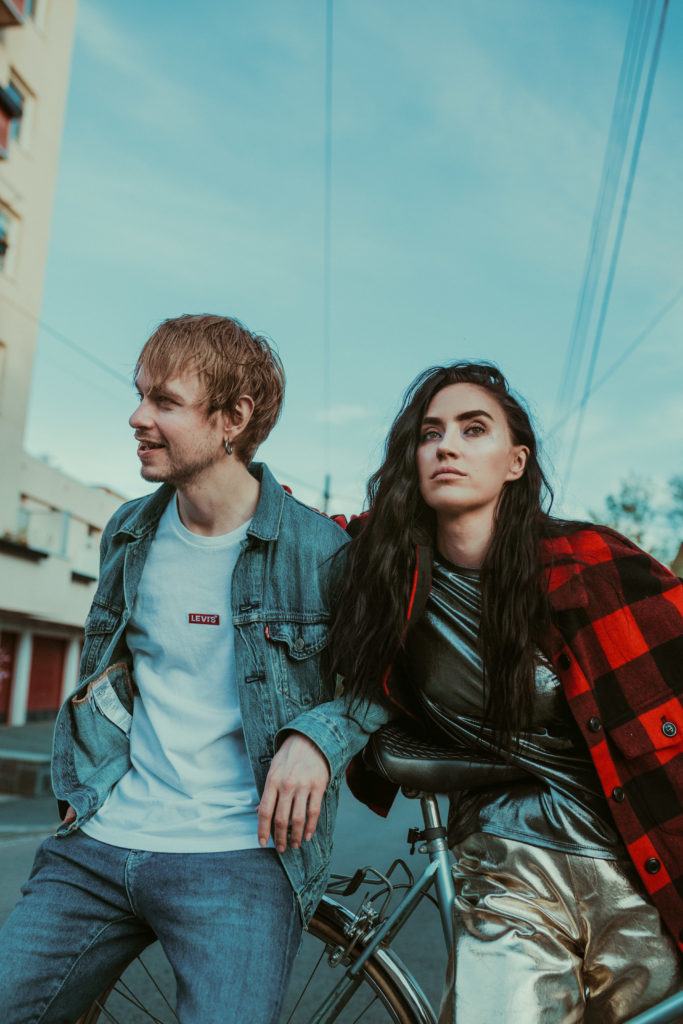 “We needed to go back to our roots,” Bersu explains from his home in Oslo. “Not necessarily just music-wise but to be in control of the situation. We could have involved all kinds of producers and songwriters, but that’s not who we want to be. We want this to be a real thing coming from ourselves and not just a big factory pushing out pop songs.”

Despite Bersu’s reluctance to be seen as some chart-topping juggernaut, Highasakite have made a name for themselves as one of Norway’s most prestigious pop makers. Their breakthrough record, 2014’s Silent Treatment bagged the group their first Spellemannprisen (the Norwegian equivalent to a Grammy Award) for Pop Group of the Year, a title justified by the record repeatedly charting in the Norwegian Top 40 for more than two years.

Their blissful brand of shimmering electro-pop, steered by Håvik’s commanding vocals, made quite an impact in Norway. Bersu was quietly confident ahead of the record’s release. “You can sense when you have made something that feels really good, but you always have to hope that the rest of the world gets it,” he says. The band appeared at Glastonbury and Latitude that year, as well as on the main-stages at Denmark’s Roskilde and Australia’s Field Day.

From those hazy festival summers, Highasakite shifted dramatically with 2016’s Camp Echo. While Silent Treatment chronicled a lot of Håvik’s personal life and demons, destructive behavior and domestic abuse, Camp Echo turned its attention to global politics. This was the year that Donald Trump became the 45th US president. The album’s title refers to one of the seven detention camps on Guantanamo Bay run by the US military, set up in the aftermath of 9/11 and the Iraq war, and its isolation looms over the record. PTSD ballad ‘God, Don’t Leave Me’ finds Håvik brutally reflecting on the creator of her “awful mind”. Meanwhile, the album’s standout track ‘Golden Ticket’ laments happier days: “God, if you’re still watching / There’s no more celebration.”

Aside from the pair’s decade-spanning friendship, Highasakite is driven by the sincerity of their songwriting. This focus on quality and conviction was bolstered by their time spent studying together at the prestigious Trondheim Conservatory. Even the application process was a lesson in self-belief, Bersu recalls: “They only accept around ten students each year and [of those] maybe just one or two drummers so it’s not easy to get in. I had to audition four times, but it was worth it.” The process was transformative, fusing the union between Bersu and Håvik. Even in those early days, Bersu noticed Håvik’s command of a poignant lyric. “I remember the first songs Ingrid wrote. I thought they were great and we were doing something that I hadn’t heard before at that time…Ingrid is one of the greatest songwriters out there, she creates a mood and such strong melodies.”

Those powerful melodies run through Uranium Heart, although the mood took a noticeable about-turn from the band’s signature club night anthems. The title track delivers an Americana lilt, perhaps picked up from afternoons spent in amongst the spruce and pines of the forest? “The song wasn’t intended to be an acoustic guitar song, but when I sat down with a guitar in the woods in Sweden, there was just something about it that we really liked.”

Pulsating pop arrived, however, in tracks such as ‘I Call Bullshit’, which champions the kind of minimal electronica of fellow Nordic synth duo The Knife. Håvik reflects on her generation’s “snowflake” nature: “Everybody is making excuses / Everybody is fucking useless”. For Bersu, the track taps into their integrity as independent artists and the desire to try something new, even in the face of criticism. “You can never make everyone happy. Sometimes you just have to make something that feels right to you.”

Likewise, the soaring vocals of ‘Out of Order’ offer up hope to a backdrop of the kind of 1980s’ souped-up percussion that would make Phil Collins proud. But in and amongst the familiar, there is unchartered terrain. Uranium Heart is the first record entirely produced and created by the pair, with Bersu picking up keyboards and chief engineer duties. It’s an element of the project he believes was integral to finding their way through the undergrowth. “The whole Uranium Heart thing was a project that made us find ourselves again and made us more ready for what was to come.”

The latest offering is this year’s two-part release The Bare Romantic, which continues to wade in roots-infused rhythms and bluegrass basics. While the EPs mark Highasakite’s most recent recordings, their ambitions remain similar to last year’s Uranium Heart. Håvik admitted her need to “rediscover the joy in making new music again.” Off the back of an extensive tour last summer, the band were keen to head back into the studio to experiment with new instruments and songwriting roles.

The biggest shift in responsibilities has been Håvik’s new baby boy, Bjorn, who accompanied the pair on long, reflective walks on the beach between moments of creativity. The single ‘Under The Sun’ champions these warm nights and clear skies, while the layered vocals and minor chords of ‘Can I Be Forgiven?’ transport listeners to wide plains and open roads. Håvik’s gleaming harmonics skirt overhead like wisps of cirrus cloud.

By going back to the band’s beginnings, Highasakite has found itself exploring not only its origins as a songwriting duo but also their dramatic electro-pop. Production has been stripped back to the basics and, ultimately, to what brought the pair together back in the late noughties: melody and mood. “It’s just raw power in a well-written song,” as Bersu puts it succinctly.

As evidenced by their recent releases, Highsasakite continues to encourage its audience to head into unknown territory. “[As a band] we have been good at not doing the same thing over and over again. We’ve tried to surprise ourselves, and our fans,” Bersu says. While the band’s heart remains unchanged, seeking out the new is always thrilling. “We want to go places we haven’t been before.”

Uranium Heart and The Bare Romantic, Pt. 1 & Pt. 2, are out now on Propeller Recordings.

1 April 2020 / Part-time guitarist and full-time feminist, Cheri Amour is a freelance writer, editor, and broadcaster with a strong focus on women in music. Her words can be found across the pages of Oh Comely, BUST magazine and The Line of Best Fit Categories