2020: The Year Ahead with Norwegian Arts

Last year saw Norway share its literary talent – and celebrate its British readership – as the Guest of Honour nation at the Frankfurt Book Fair. It also saw the Oslo Philharmonic mark its centenary at London’s Barbican Centre and Ibsen’s Rosmersholme heralded as the theatrical event of the year in the West End. But that was then, this is now. Turning to 2020,  we reveal a few highlights, from across a broad spectrum of Norwegian culture, to be enjoyed in Britain over the coming months.

In March, Lars Mytting – author of the bestseller Norwegian Wood: Chopping, Stacking and Drying Wood the Scandinavian Way – returns with his new novel The Bell in the Lake (MacLehose Press). It is a 19th-century tale of romance, faith, patriotism and church architecture. 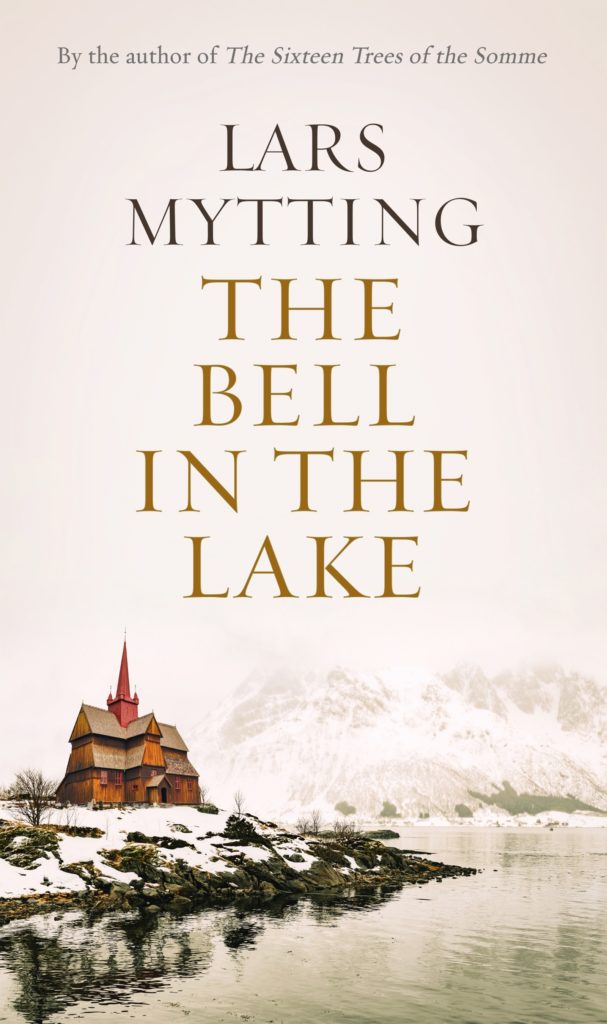 A young farmer’s daughter in central Norway finds her loyalties divided when the local stave church – the focal point of the community – is set to be dismantled and sent, in parts, to Germany. Her objections are confused, however, when she falls in love with the architect who arrives from Dresden to oversee the project. “Lars Mytting’s historical novel is captivating and engaging,” observed Dagbladet when the book was published in Norway in 2018.

Ibsen’s classic A Doll’s House is set to return to the London stage this year with two productions of the proto-feminist masterpiece, what the playwright described as his “modern tragedy”. Nora: A Doll’s House, opens in February at the Young Vic, promising a new radical version of the play by Stef Smith, who delivers the drama across three different time periods: the struggle for women’s suffrage, the Swinging Sixties and present day. This rethink is intended to investigate just how far we have come in the past 100 years. 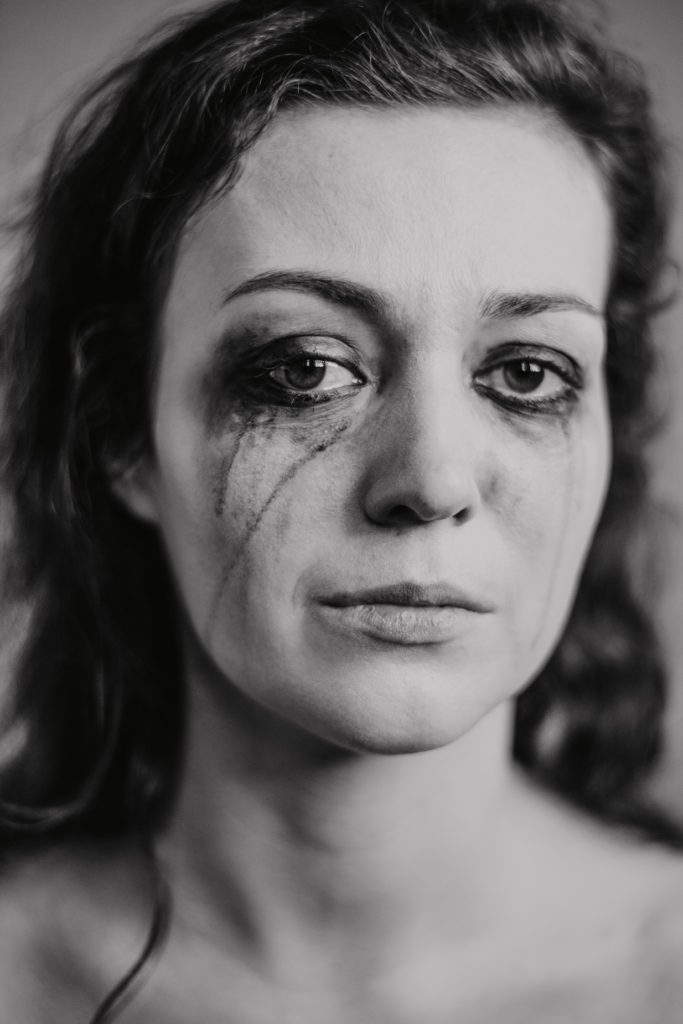 And, in June, Hollywood intersects with Ibsen when Jessica Chastain – Golden Globe-winning star of Zero Dark Thirty and The Martian – appears as Nora in what is described, similarly, as a “fresh interpretation” of A Doll’s House at the Playhouse on the Haymarket. 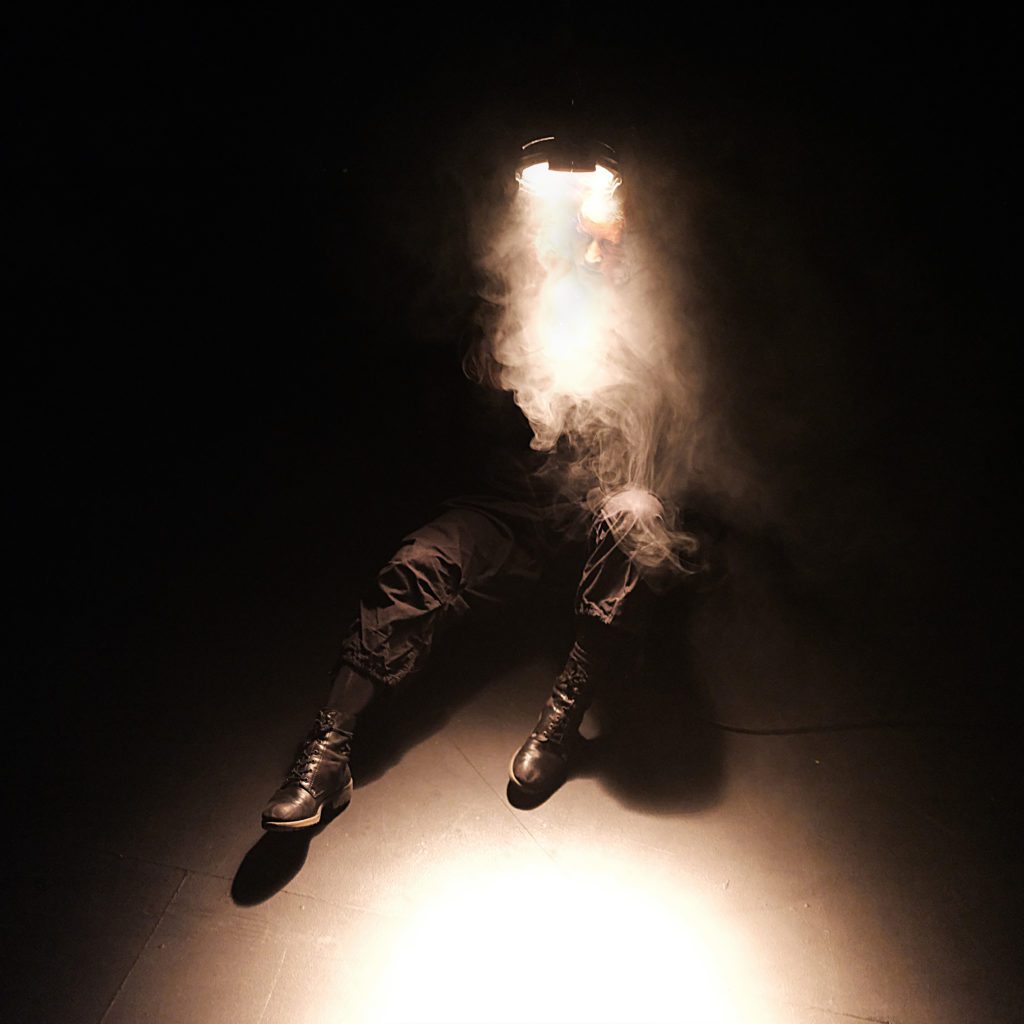 The event brings together dance from the UK and the Nordic countries for performances across various venues in London, Cambridge and Colchester. Rustgaard and Gillgren, who have been working between Norway, Sweden and the UK since 1999, continue to focus on deconstructing the very definition of dance – or, as they put it: “breaking down the hierarchy between performers, light, set, sound and costume”.

In 2010, film director André Øvredal entertained audiences with the jokey-but-jumpy Trollhunter. He now returns from Hollywood – where he made Scary Stories to Tell in the Dark – to the realm of Scandinavian folklore with the fantasy horror Mortal. Nat Wolff (The Fault in Our Stars) plays Eric, a young American backpacking through present-day western Norway, who discovers he is blessed – or cursed – with God-like powers derived from ancient Norwegian legends. “If you touch me, you will burn,” Eric warns his enemies. Øvredal appears to be back reinvigorating Norse mythology for the multiplexes.

Mortal is released later in the year (date to be announced)

Offering an antidote to the ice-and-dice antics of Nordic thrillers, the BBC will be screening the Norwegian television series State of Happiness, an origins story set during Norway’s transformation into an oil-rich nation in the 1970s. The eight-part drama, which won the best screenplay award at the Cannes Series Festival, follows the changing fortunes of the Norwegian coastal town of Stavanger. 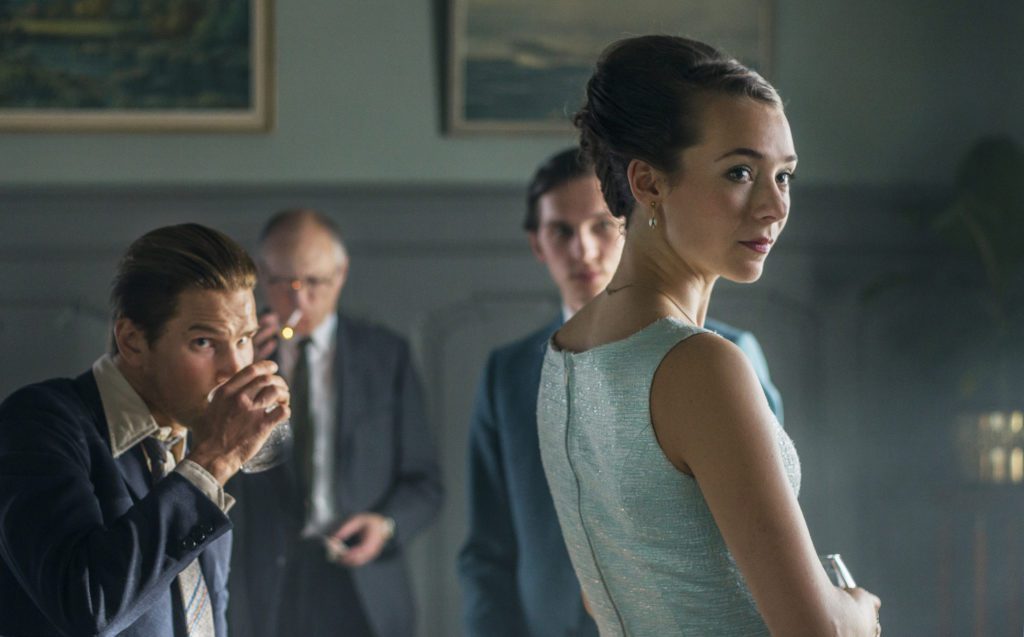 Before the oil strike of 1969, the once-thriving fishing port had fallen on hard times. But the discovery of the largest sub-sea oil basin in history changed everything. In television terms, it’s a kind of like Dallas with herrings and ethics.

In November the Royal Academy of Arts, London, presents a new Munch-themed blockbuster exhibition as YBA-turned-RA Tracey Emin explores how the Norwegian master’s powerful vision shapes her work. “I’ve been in love with this man since I was eighteen,” states Emin. 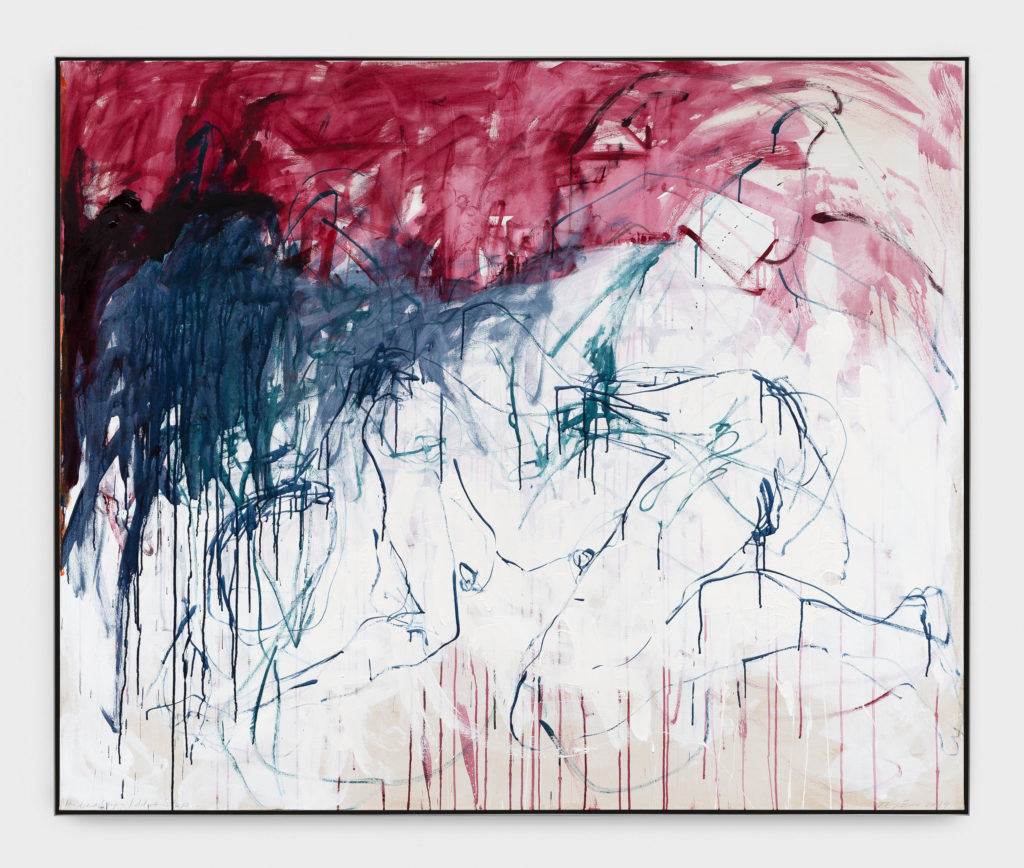 This inspiration can be seen as far back as her 1998 film Homage to Edvard Munch and all my Dead Children, which featured a naked Emin curled up next to the Oslo Fjord at Asgardstrand, where Munch painted many of his most iconic compositions. “Throughout her career, Emin has been drawn to Munch’s expressionism and shares his concern with exploring the complexity of the human psyche,” declares the RA. Emin’s often controversial skill as an artist will make for an intriguing companion to Munch’s earlier, no less outrageous, oeuvre.

For lovers of Norwegian design, September offers much to celebrate. Not only is there the annual London Design Fair but also the latest edition of the London Design Biennale. The fair will feature Norwegian exhibitors such as Vera & Kyte, Kim Thome and Pettersen & Hein, while at the biennale there will be design installations from six continents, each with their own take on this edition’s theme of ‘Resonance’. 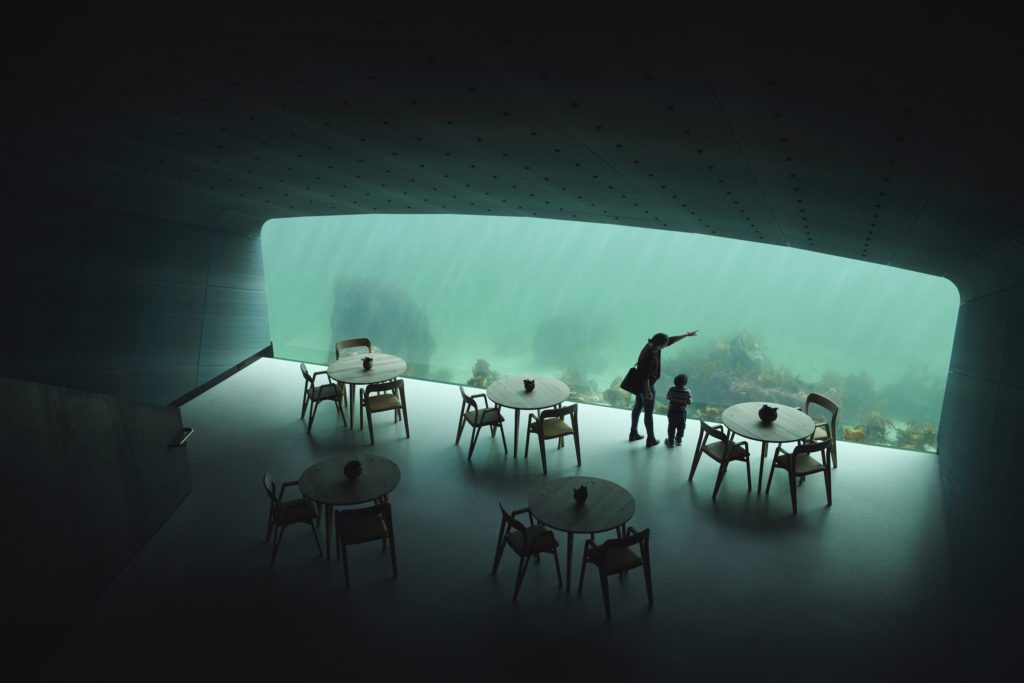 Under restaurant at Båly, Norway, designed by Snøhetta (Ivar Kvaal)

This summer the cherished Norwegian chamber ensemble Trondheim Soloists return to Britain, following an extraordinary performance, with their artistic partner Alisa Weilerstein, at London’s South Bank Centre last October. They are set to appear in Glasgow this May at The Bridge Festival, a collection of “large scale concerts and late-night shindigs” created in collaboration with three further string groups: Scottish Ensemble, Ensemble Resonanz from Germany and the Estonian PLMF Music Trust. 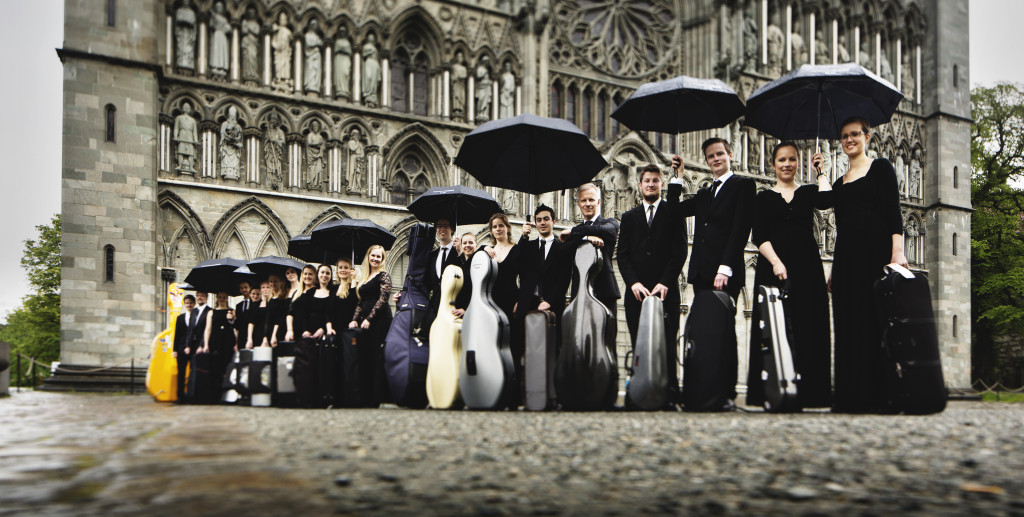 The popularity of the soloists extends far beyond the shores of their native west coast. “If it’s local in ethos, membership and sound, the Trondheim Soloists’ reputation is becoming international,” wrote Andrew Mellor in Classic FM Magazine, adding that their performances put him in mind of Norway – “of clean air, emotional simplicity and the rigours of outdoor life.”

The Trondheim Soloists play the Bridge Festival (at the Engine Works, Glasgow) on 17 May 2020

Also from Trondheim come Highasakite – vocalist Ingrid Helene Håvik and drummer Trond Bersu, met while studying at Trondheim Jazz Conservatory. They will be playing The Garage in Islington in April, previewing material from their forthcoming album The Bare Romantic (set for release in the autumn). Their ‘genre-defying’ sound has previously incorporated elements of indie, techno, pop and Joy Division-style gloom. Last year, The Independent described their latest album, Uranium Heart, as “subtle, layered prog instrumentation that allows for a better focus on Håvik’s idiosyncratic vocal stylings”.

In fact, there is an exciting range of Norwegian pop acts playing in the UK during 2020, including Tuvaband – whose ethereal vocals have been likened to the legendary Cocteau Twins – who play The Lexington on 5 February and Sigrid who will be appearing at Omeara at London Bridge on 16 February as part of a BRITs Week series of intimate gigs for huge talents.

And in the world of jazz, the annual PUNKT festival in Kristiansand travels south this March for a new iteration staged by the Royal Birmingham Conservatoire. The programme, which aims to “combine Norwegian invention with British creativity”, will include performances and ‘live remixes’ by Erik Honoré, Eivind Aarset, Arve Henriksen and Punkt co-artistic director Jan Bang, appearing alongside UK acts such as Stillefelt and Trish Clowes.

For further features on these events, and far more, keep an eye on Norwegian Arts