As the art world explores memory and nature continues to thrive in creative industries, the exploration of identity and pride that defines the Norwegian Romantic Nationalism movement has a renewed sociological relevance. So what is the role of nature and nostalgia in Norwegian art and can it really bring us closer to home?

Nostalgia and memory are themes that drive almost every artistic period. Beyond the socio-economic and cultural references, the most literal interpretation of this is that every figurative art piece has been created, at some level, from memory. The meditative emotions targeted by creators of art are often most effectively triggered by memories, meaning the easiest way to engage with an audience is by harnessing a powerful psychological imprint. Recent visitors to London’s White Cube locations will have seen curators grappling with a wide range of mediums and eras to document artists focusing on exactly this in the world-famous gallery’s sprawling Memory Palace show. For Norwegians, nostalgia has been a powerful influence on the nation’s identity, something immortalised by the country’s pivotal Norwegian Romantic Nationalism movement.

“Rural life and a domineering woodland landscape have traditionally been identified as truly unique elements of Norwegian identity.”

In the wake of the Black Plague, Copenhagen was made the capital of Norway as the country was forced to join Denmark in a self-preservational move. As a result, Norway was subjected to a significant brain-drain as talented people from Norway relocated to Denmark, studying in Copenhagen and becoming cultural and intellectual icons absorbed by the Danish national identity. By 1814, Norway regained partial independence and a conversation surrounding identity swamped the nation. Quickly identified as the only truly unique element of Norwegian identity, rural life and a domineering woodland landscape was soon threatened by the rise in prominence of urban sprawl. Efforts to collect, document and preserve this impressive legacy were prioritised, and during the period between 1840 and 1867 art, literature, and popular culture captured and presented the aesthetics of Norwegian nature and the uniqueness of the Norwegian national identity. 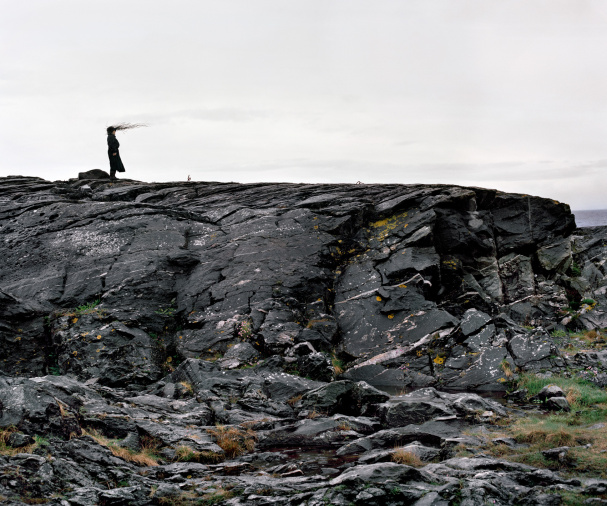 In 2018, Scandinavian art, design and fashion has infiltrated the global conscience and has spawned some of the most widely-replicated looks of the last century. “Scandinavian design is often associated with soberness and minimalism, clean lines and the use of natural materials, like wood.” says Norwegian Crafts director Hege Henriksen. She continues, “Internationally the perception is that nature is the most important source of inspiration for Scandinavian craft artists.”

“I would go and visit my friend in Norway, and she would talk to the rocks and the mountains. I thought, hold on a minute, what’s happening here?” – Artist Riitta Ikonen

While nuanced references to Scandinavian style are rife, and many widely-used materials are sourced directly the region’s lush horizons, there are certain areas of the arts and certain artists that have remained focused on a most pure representation of Nordic nature. Finnish artist Riitta Ikonen discovered and embraced Norway’s national, naturistic pride thanks to a Norwegian friend, who she met while studying in Brighton. “I would go and visit her in Norway, and she would talk to the rocks and the mountains,” says Ikonen, speaking to New York magazine. She continues, “I thought, hold on a minute, I’m from Finland, so I obviously appreciate my lakes and bogs and mountains. But I don’t really talk to my mushrooms and blueberries. So what’s happening here?” 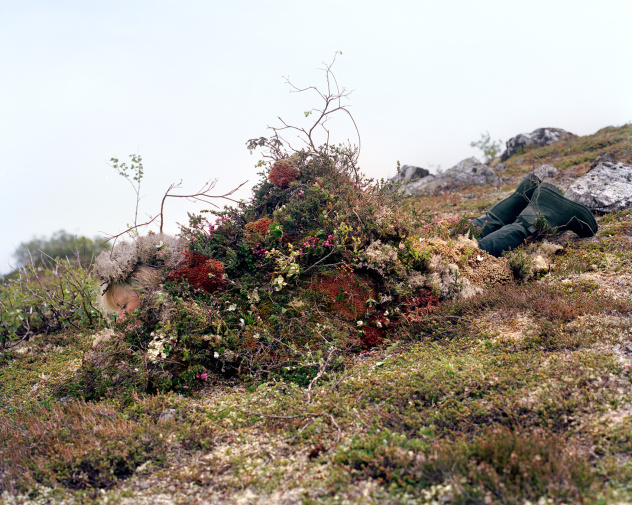 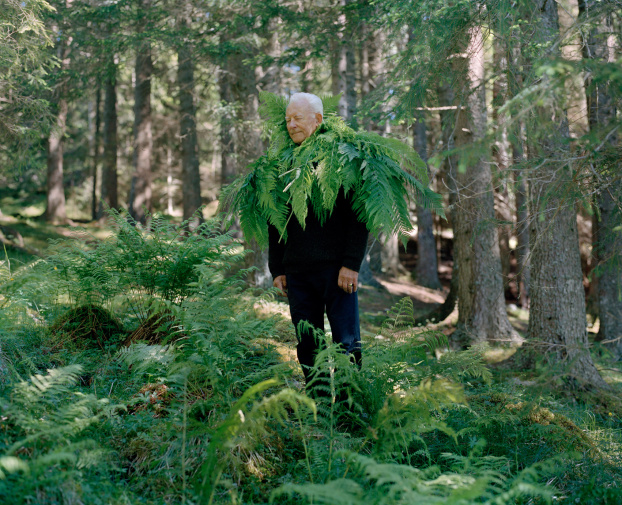 Ikonen became deeply interested in the elderly of Norway and their relationship with nature, soon uncovered the work of Karoline Hjorth, a photographer whose book of portraits, Mormormonologene, is a celebration of Norwegian grandmothers. The pair’s subsequent 2011 collaboration has been ongoing, and resulting project Eyes as Big as Plates was nominated for Paris Photo-Aperture Foundation Photobook Awards 2017 and won the British Society of Gerontology’s Photocrowd award in early 2016. Spawned as a study of personifications of nature and folkloric explanations to natural phenomenons in Norway, the project has evolved as a continual search for modern, humanistic belonging to nature. Driven by curiosity and imagination, the artists have travelled to a dozen countries on a quest to understand our relationship with our surroundings, and the series has grown to more than 60 portraits. 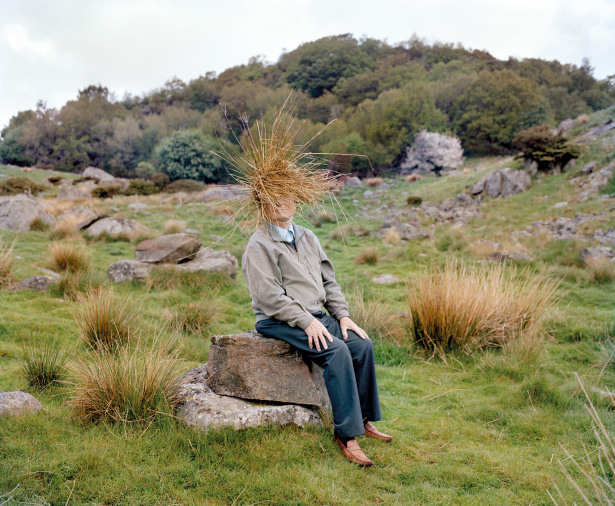 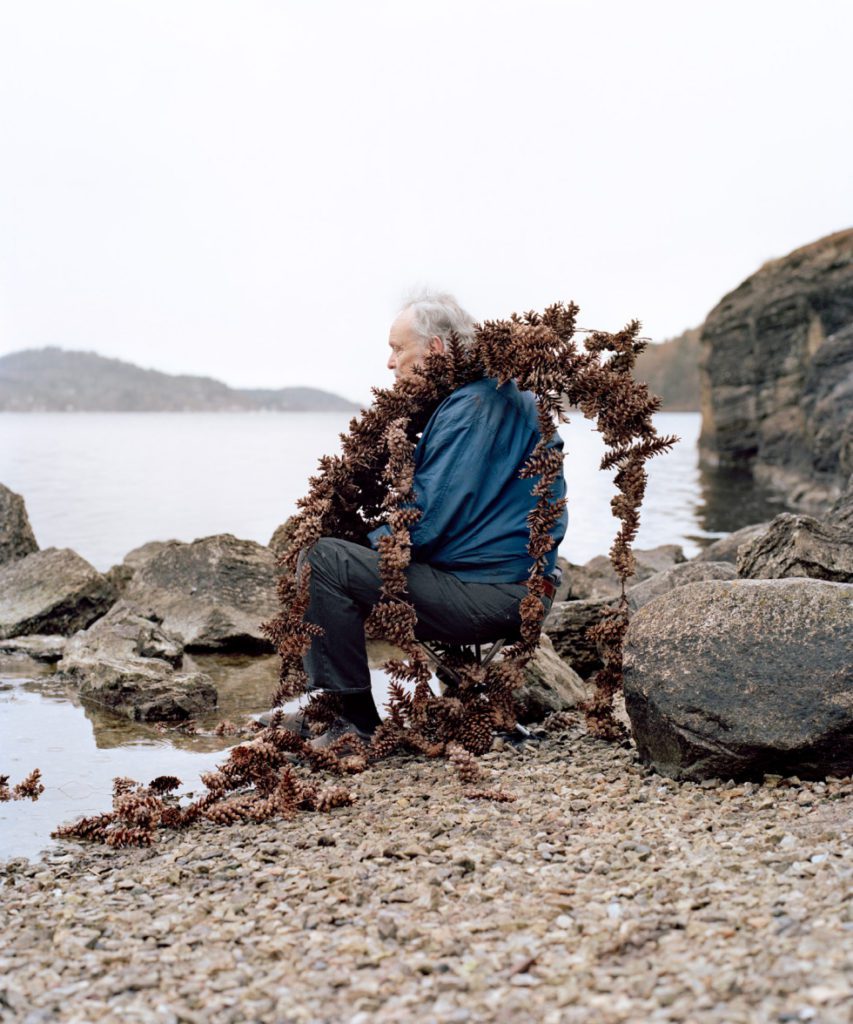 In 2018, Forces de la Nature — a collaboration between the National Ceramics Museum of Sèvres, Norwegian Crafts, the KODE Art Museums and Composer Homes and the Sørlandet Kunstmuseum in Kristiansand — emphasises how three artists engage with nature and how their individual experience of the landscapes surrounding them are being transformed into powerful abstract expressions. Likewise, the curators highlight how the three have a strong awareness of tradition within their respective fields and a shared willingness to re-appropriate, transform and further develop the knowledge and character of contemporary crafts. This large-scale exhibition offers a thorough insight into Torbjørn Kvasbø, Kari Dyrdal and Marit Tingleff oeuvres. 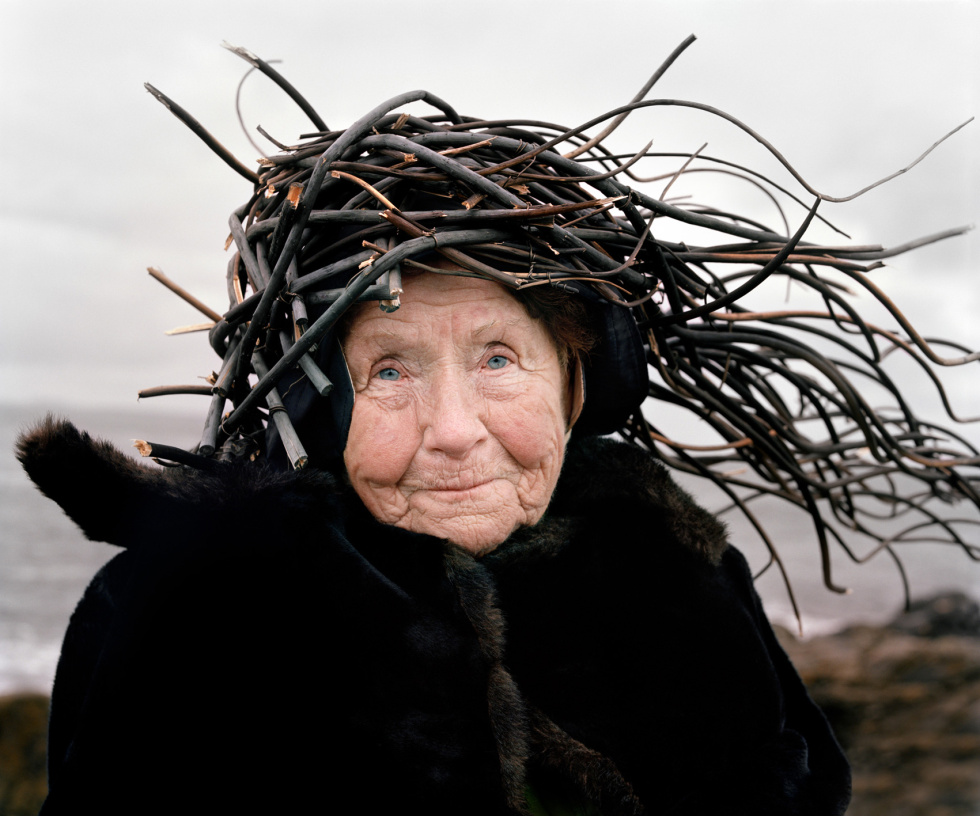 In his book We’re Doomed. Now What?: Essays on War and Climate Change, and quoted by artist duo Hjorth and Ikonen, author Roy Scranton writes, “We need to learn to see not just with Western eyes but with Islamic eyes and Inuit eyes, not just with human eyes but with golden-cheeked warbler eyes, coho salmon eyes, and polar bear eyes, and not even just with eyes at all but with the wild, barely articulate being of clouds and seas and rocks and trees and stars.” Scranton’s plea for greater understanding and widened perspective is supported by the works of artists like Hjorth, Ikonen, Kvasbø, Dyrdal and Tingleff. Representations of regional identity in art are a gateway to education and allow organic expression to be reproduced around the world, with an audience already searching for emotional engagement. While Norwegian artists’ undeniable love of nature is rooted in the preservation of national identity, the principles of Romantic Nationalism are now more relevant than ever in the context of creating a culturally informed and considerate global community.

Eyes as Big as Plates: https://eyesasbigasplates.com/list-of-works/

Want to read more about Norwegian art? Check out these articles:

Milly Burroughs is a freelance writer specialising in art, design, interiors and architecture. She writes for the likes of AnOther, The Spaces, Domus, It's Nice That, The Independent and more. Categories