In the United States, preachers would have you believe that a red moon – or a ‘blood moon’ as it is sometimes called – is a sign of an imminent apocalypse. For many spiritualists, however, the lunar cycle is an opportunity for self-reflection and an emotional reset. That’s certainly true of Norwegian-Swiss songwriter Joanna Deborah Bussinger who, having performed under the name ‘Deborah Scarlett’ in her teens, has gone through a period of metamorphosis to emerge under the new moniker of Red Moon.

Daughter to a Norwegian mother and a Swiss/Sicilian father (“they totally mixed it up”) Bussinger has split her time between her maternal home of Norway and years spent back by the lakes and high peaks of the Alps. Suffice to say, her piano-led pop creations are suitably crystalline. The recent single ‘Dogma’ was the first opportunity to bask in Red Moon’s glow. Amongst a backdrop of syncopated beats, Bussinger’s vocals soar.

Snatching some time with the musician during a period of rehearsals and label showcases, NA speaks to Bussinger about finding a life balance, being your own boss and performing in the UK for the very first time.

Let’s get the introductions out of the way. Who are you and what do you do?

I’m a recording artist and songwriter. For most of my songs, I create ideas, visuals, and concepts. It’s important to me to have creative control but then also to ask other like-minded, or more talented people that I trust, to collaborate with me. I love working with other people, but I do see myself as my own boss. 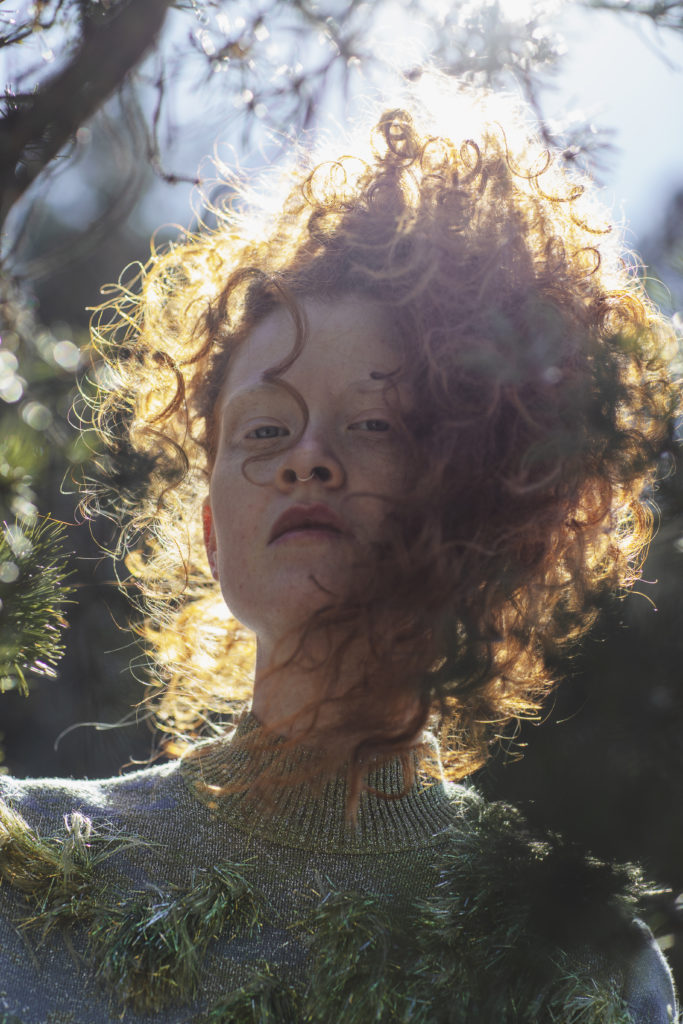 Growing up, you moved between Norway and Switzerland but when did music first appear in your life? Did you grow up in a musical household?

My relationship with music started pretty early. Basically, as soon as I could express myself in different artistic ways, whether that was singing, dancing, painting or acting. On my mum’s side, she comes from a more artistic background – my grandmother and great-grandfather were both painters. From my dad’s side, he also loves music and used to write poems and take photographs.

Neither of them are professional creatives day to day but they have always encouraged me and kept creativity alive at home.

After performing in a few other guises, you’ve stepped out under the new stage name of Red Moon. What has that repositioning period been like for you as an artist?

In the beginning, I used to write songs at home and then I started writing with other producers or co-writers and that was such a different world to me. I had to work to find the people that I trusted and also who understood where I was coming from. That’s really rare to find. That was how Red Moon began with the meeting of those kindred spirits.

The transformation lingered for a long time but last year, it started to make sense for me to reclaim that name. The name Red Moon means a lot of things to me, but it should also be open to people’s interpretation. We all have different relationships to the moon.

For example, the moon cannot bring life or death to people. It’s only a reflection on the earth. So metaphorically that’s what I want to be as an artist. Someone who reflects what happens to me and to this planet as well as having the freedom to create a world of my own and to invite everyone into that.

In keeping with your reframing as an artist, you also performed for the first time with your live band back in September. What was that experience like? Had you worked with any of the band before or all they all new collaborators?

It was pretty overwhelming to get such positive feedback from the people who were watching. But also, because the songs have been there for quite some time, I’ve been ready for such a long time and now I can finally give birth to these songs. The performance was actually part of a showcase festival and the whole room was so quiet. I was not expecting that at all especially having been to other festivals before, so it felt very emotional. I also love my band; they’re beautiful nerds in their craft.

Two of the musicians I’ve worked with before and one is new. I know that sometimes it doesn’t always work out collaborating with the same people, especially if they have other projects going on. So I’m also keeping an open mind because it’s such a new project and it has to grow and evolve as well.

You recently released your single, ‘Dogma’. As a solo artist, do you tend to record at home or prefer to head to a studio?

I haven’t recorded the songs with my band per se. It’s been a very close relationship with the producers. One, in particular, Berlin-based Tim Tautorat who produced the first single, written by myself and Michelle Leonard. Tim and I have been working together for the past four years and have a very strong musical connection. He’s one of those people who understand where I want to go but he also challenges me. It’s a nice combination of letting me do my thing but also adding his spark.

This year, I’ve also been writing a lot in Bergen and working with London based duo My Riot, who also worked with London Grammar and Aurora. Basically, a lot of strong women artists.

Red Moon is performing for the first time in the UK this week for the Ja Ja Ja club night at The Lexington in London. How do you prepare for a show like that; will you bring the band with you or will it be a solo performance?

We’re going to be three people plus me; keyboards, Moog synthesizer and the drums. We’re going to try to make our own version of how the songs have been produced. For me, the most important thing is actually that the performance makes sense. I am a huge fan of making different arrangements, but it would also need to be for totally different audiences. I’m very specific about why I would do a certain arrangement.

Finally, what are you excited about for 2020?

To get settled and to slowly grasp roots. To play a lot of shows and be even more creative. And to find balance in my own life as usual. We all need a little balance with everything that is happening. It can feel quite overwhelming so sometimes we have to develop new habits to get better within ourselves. It’s a constant challenge.

12 February 2020 / Part-time guitarist and full-time feminist, Cheri Amour is a freelance writer, editor, and broadcaster with a strong focus on women in music. Her words can be found across the pages of Oh Comely, BUST magazine and The Line of Best Fit Categories