This October Norway is Guest of Honour at the Frankfurter Buchmesse 2019 (the world-renowned Frankfurt Book Fair). To celebrate, NORLA – Norwegian Literature Abroad – is organising a programme of events at the fair to promote Norwegian literature, overseen by Margit Walsø, who has been the director of NORLA since 2011.

Walsø is an experienced publisher, having worked for the the Norwegian publishing house Det Norske Samlaget for almost 20 years, where she also held the position of publishing director. She is also the author of several novels. Ahead of the book fair, Walsø sat down with Norwegian Arts to explain how Norwegian literature continues to draw readers from across the globe.

What was your experience like as a publisher in Norway?

I started as an editor and learned the business by editing books from a whole range of publishing areas: childrens’ books, fiction and non-fiction. I had great colleagues and worked with outstanding authors. From my first visit to Frankfurt as an editor for fiction in the 1990s, I was inspired to meet people from all over the world who are passionate about books. 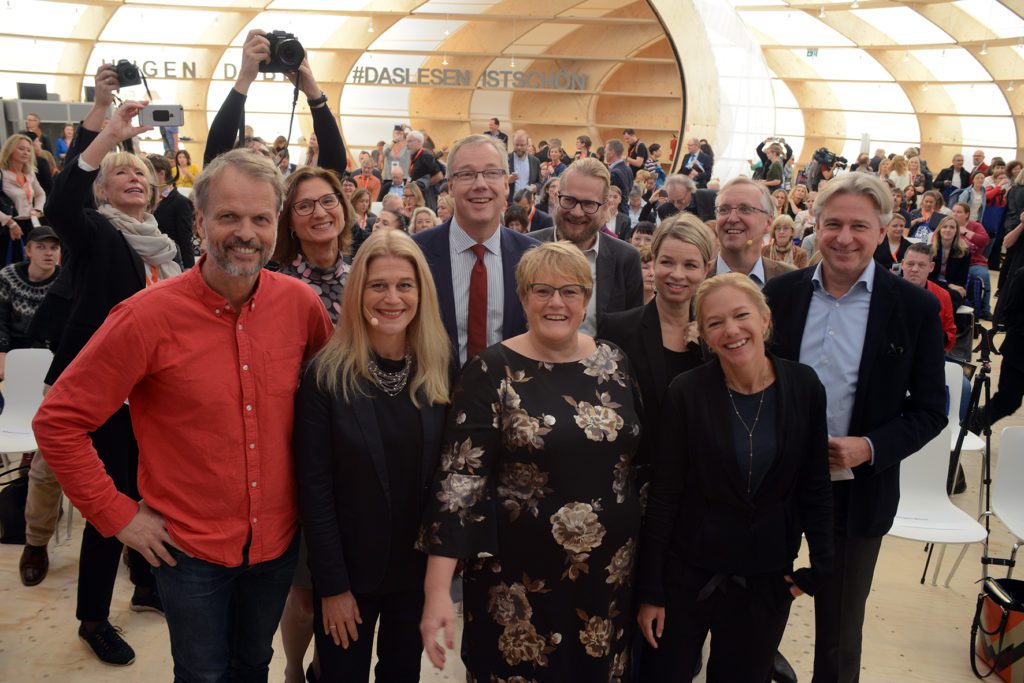 How has being an author influenced your work for NORLA?

Through my own experience as both editor and author, I know something about the writer’s situation and the process of writing. I always find that useful when talking to authors and presenting them for an international audience.

What are the greatest misconceptions about Norwegian Literature?

I feel that the international audience has a sincere interest, and a great understanding, of Norwegian literature and authors, but an expectation that literature from Norway is always deeply connected to nature is not the case. 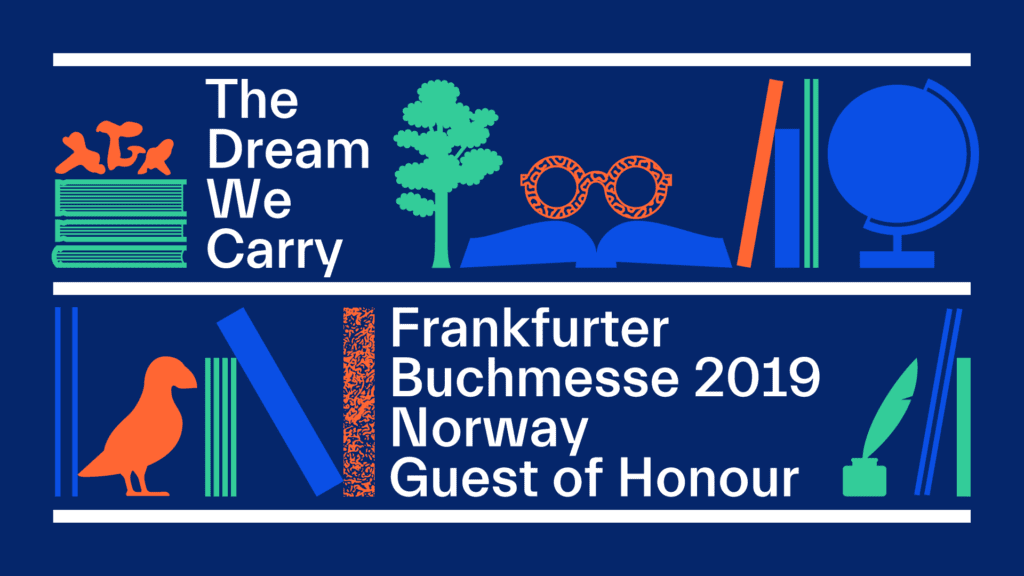 Do you think there is such a thing as a Norwegian literary style – if so, how would you describe it?

Literary quality and a rich variety of genres and topics, the willingness to experiment and a breadth of expressions and themes are defining features of Norwegian fiction, non-fiction and literature for children and young people. Literature from Norway is characterized by good stories that do not avoid discussing topics that are both difficult and important. 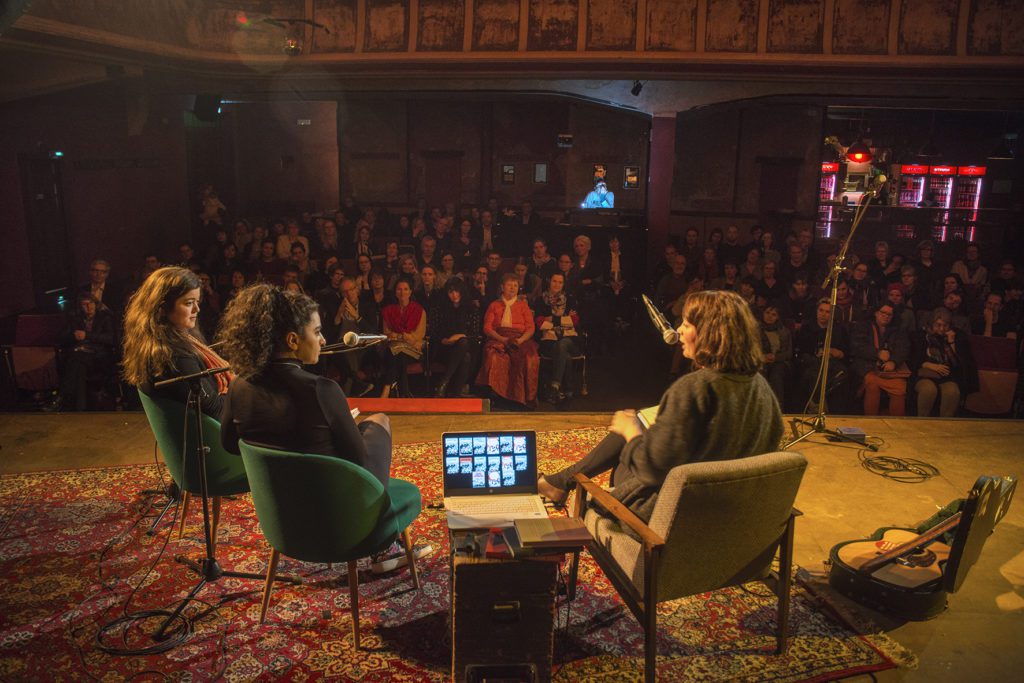 How did you prepare for Norway’s role as Guest of Honour at Frankfurt Book Fair?

Over the last three years we have prepared the presentation through a whole range of activities, such as visits to Norway by Germany publishers, journalists, booksellers and translators. We have planned a rich literary program of 100 Norwegian authors at the book fair.

What are you most excited about in your programme?

‘The Dream We Carry’ is the slogan for Norway’s appearance as Guest of Honour at Frankfurter Buchmesse 2019. The phrase is taken from the poem ‘It Is That Dream’ by the beloved Norwegian poet Olav H. Hauge (1908–1994). As Guest of Honour, Norway’s dream is to use its literature and art to surprise people and take them to unknown places – as Hauge’s poem puts it: “into a cove we didn’t know”.

As Guest of Honour, Norway is presenting an interesting and attractive literary program with many outstanding authors, not least many strong female voices. Lotta Elstad will talk with Vigdis Hjorth about feminism in fiction. And Nancy Herz, Sofia Nesrine Srour and Amina Bile, authors of the successful book of personal stories Shameless, are coming to the fair. Karl Ove Knausgård and Erika Fatland will give the literary speeches at the opening and Maja Lunde and Jostein Gaarder will take part in the program. We have two series running daily: ‘Freedom of Expression’ and the ‘Green hour’.

We’re also proud that Margaret Atwood is coming to the Norwegian pavilion to talk about the fabulous art project in Oslo, The Future Library.

Museum Angewandte Kunst will dedicate its entire exhibition space to the Frankfurter Buchmesse 2019 Guest of Honour. As the ‘House of Norway’, it will present outstanding contributions from the country in the areas of art and culture, design, applied crafts and architecture. Schirn Kunsthalle Frankfurt will mount an exhibition by textile artist Hannah Ryggen (1894–1970). You can experience the exhibition Edvard Munch – curated by Karl Ove Knausgård at Kunstsammlung NRW in Düsseldorf. Other cultural institutions participating in the programme include Deutsches Architekturmuseum, Fotografie Forum Frankfurt, the Portikus gallery, Schauspiel Frankfurt, Künstlerhaus Mousonturm, Haus am Dom and Deutsches Filminstitut & Filmmuseum. 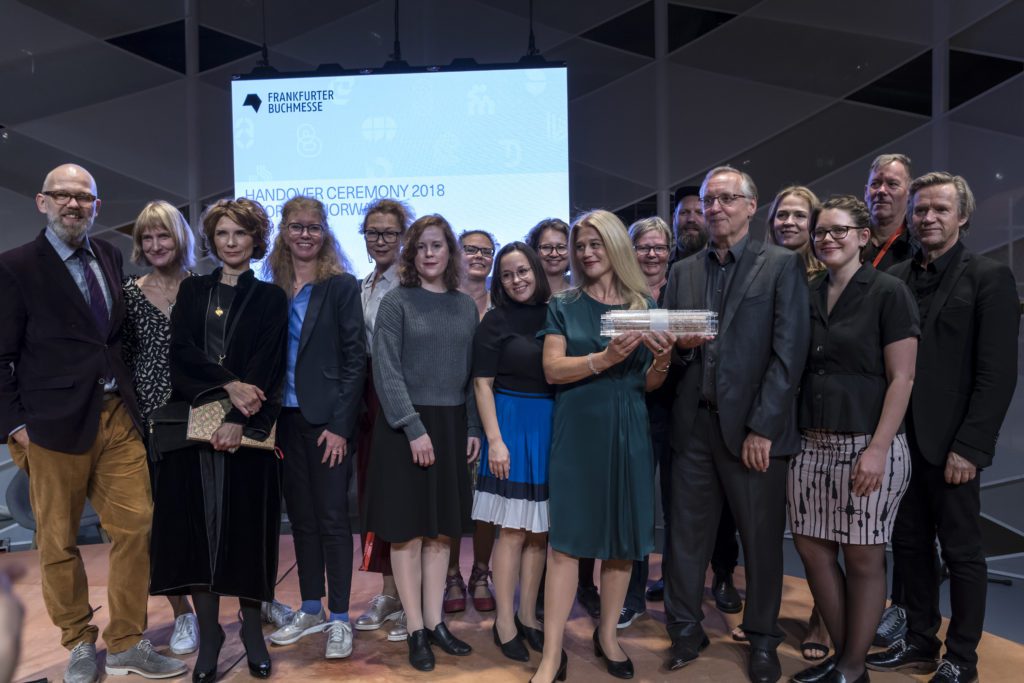 What do you think Norwegian literature offers someone reading it in English?

There are so many outstanding translators from Norwegian into English – so English readers can really experience the richness of Norwegian storytelling.

For more information about Norwegian literature in translation and the NORLA programme at the Frankfurt Book Fair, visit the NORLA website

14 October 2019 / Christian House is a freelance arts and books writer for The Telegraph, Observer and The Art Newspaper Categories