The PUNKT Festival was born in Kristiansand in the summer of 2005. It began with Norwegian folk music, poetry, cables and laptops, live sampling and remixing. The soul of PUNKT was released as members of the audience opened small hand-painted black cards which triggered tiny sound-files, sealing the relationship between musicians and audience.

PUNKT isn’t a jazz festival, although many of its contributors are well known in the jazz world; it fits perfectly in the adventurous world of contemporary music festivals. It embraces folk, traditional and world music. It works with writers, poets, artists and designers. 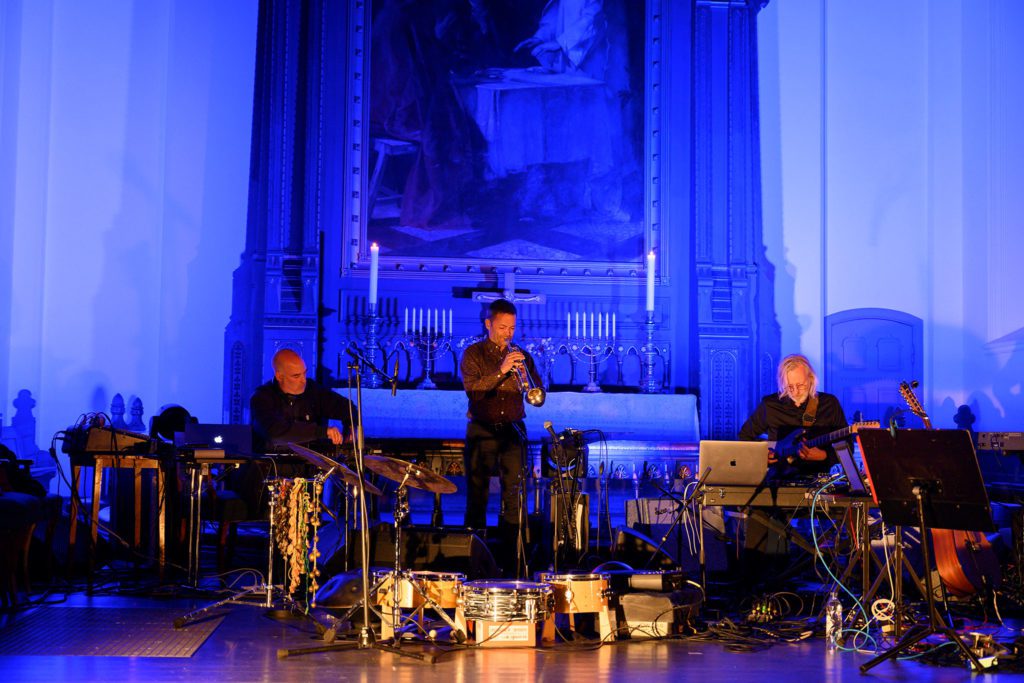 That first festival took place in the Agder Theatre in Kristiansand, with concerts held in the main auditorium, after which the audience would make its way down two flights of stairs to what became known as the Alpha Room. Here the remix team had been at work. It was like walking into a darkened lab. We heard elements of the concert – sections, motifs – a kaleidoscope of sounds to which other musicians improvised.

“You haven’t just got a festival, you’ve got a brand,” I told the founders Jan Bang and Erik Honoré. “It can be PUNKT Paris, PUNKT London, PUNKT Berlin. This can travel and grow.” And so, we come, 16-years-later, to PUNKT Birmingham, making it the 28th city the festival has travelled to.

20 February 2020 / Fiona Talkington was co-founder/presenter of BBC Radio 3’s ‘Late Junction’ programme and has just marked 30 years of presenting for the BBC. In 2009 she was awarded the Royal Norwegian Order of Merit for her services to Norwegian arts Categories