Dr. Sally Garden is a classically-trained singer and musicologist and hails from a Scottish farming family – her heart is tied to the land, and so too her musical inspiration. A combination natural, she knows, to many Norwegians too. Norwegian Arts met Sally to find out about her special relationship with Edvard Grieg and his music.

First of all, can you tell us about yourself as an artist and your passions in arts and culture?

For many years I’ve ploughed a rich musical furrow, performing Scots and Scandinavian song both in and furth of Scotland, yet still I never tire of learning about our Scottish-Scandinavian connexions. To me, it’s the vital neighbourly tie in our shared northern European cultural horizon. And one we need to appreciate more and more.

We understand that you have a special relationship with Edvard Grieg and his music. Can you tell us how this came about?

Of course I was lucky to grow up in a musical home, and met the piano and orchestral music of Grieg very early on. But it was not until I encountered his songs, and opportunity allowed me to learn Norwegian, that mountains and sky really opened before me, and I found I myself able to step into Grieg’s world. Gradually, with help from a fantastically patient teacher, and the thriving Norwegian community we have here in Scotland, I began reading Bjørnson, Vinje, Garborg, Ibsen and all the poets Grieg loved (and sometimes argued with!). Then I found I could read Grieg’s writings in his own language, in his own hand, which allowed me not only to meet, for myself, the man behind the music, but to reflect, through him, on my own Scottish culture, music and language. In Edvard Grieg I felt I found a wise and kindred soul.

Scotland is a key part of the Grieg story, and Edvard Grieg was fond of his Scottish roots, so it’s natural we should take our place in the worldwide ‘family’ of Grieg societies. Some years ago, in Bergen, I was asked if I might start such a society, but it was not until 2017 – the year of our founding! – I felt equal to the task. It was then, flying home over the sea to Scotland with fresh new Grieg projects in my mind, and wonderful Grieg friends, both in Norway and Scotland, I realised the time was right. 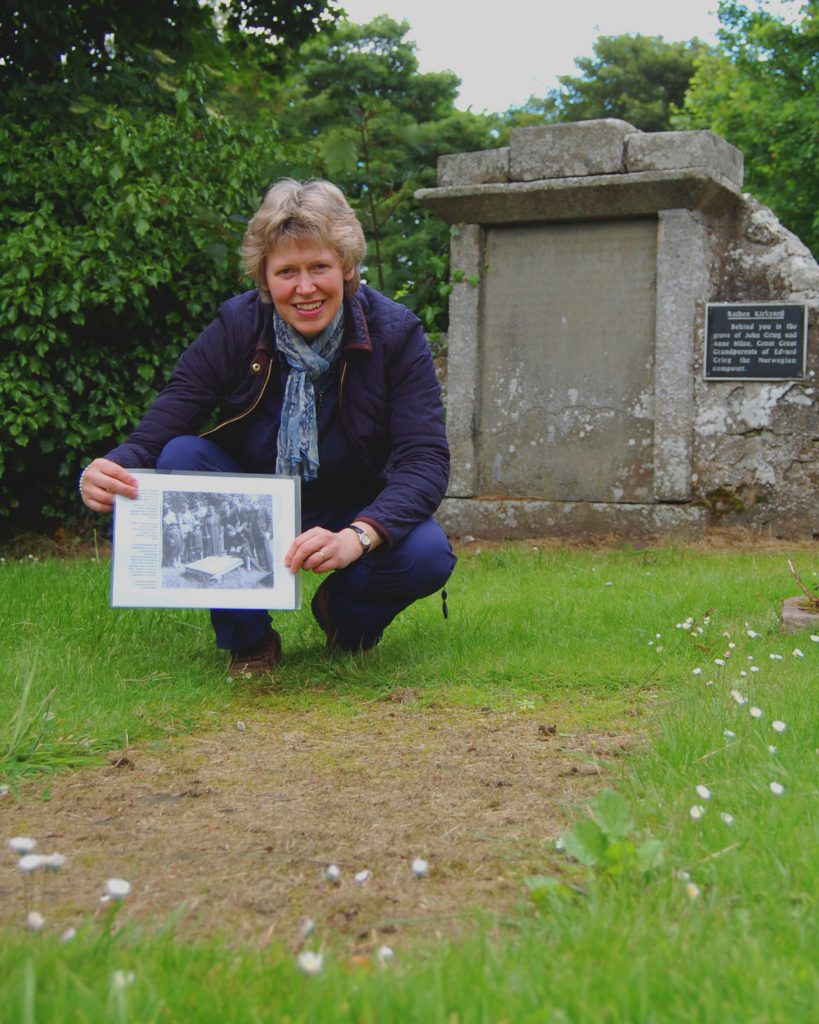 Our Society’s purpose is to bring people together by advancing understanding of the lives and extraordinary artistic legacies of composer Edvard Grieg and his wife, singer Nina Grieg, both of whom were Norwegian of Scots descent.  I’m thrilled too that we begin as we mean to continue – with committee members on both sides of the North Sea, and an international membership. We encourage anyone with an interest, not just in the music of Grieg, but in culture, history, language, or simply in getting out and doing something new, to join or follow the work of the Society, which is multidisciplinary, non-political, and open to all. Our work, which has already begun, will, as we go forward, encompass performance and participative events, community and physical heritage projects, as well as research and publication.

Scotland and Norway have strong ties from the Viking age until today’s gas and energy trade connections. We also share an interest in each other’s works of art, and Scottish people have a particular love for Grieg. Can you tell us more about this connection? Why do you think Grieg is so important in Scotland?

We often jokingly say of each other in Scotland that ‘we’re a Jack Tamson’s bairns’ – we’re all related, all ‘barn’ as I hardly need translate from Scots, of some distant common ancestor! So we have a fondness for our cousin Edvard Grieg whose great-great-grandparents lie buried in one of our ancient kirkyards in Aberdeenshire. You know, his memory lingers long with us, and I have lost count of the stories told me, and the smiles I’ve seen from fellow Scots who feel, in one way or another, they have a connection with this wonderful man. I think it’s because Grieg seems to nurture something of our Scottish soul, something of our love of wild, windswept glens, fertile straths, flowing rivers and seas. After all, the mountains of Norway and Scotland were made together, thrust to the sky in the same geological moment. Now it’s only a sea that separates us. Spiritually, we nurture still, a bond, a deep feeling for Norway. 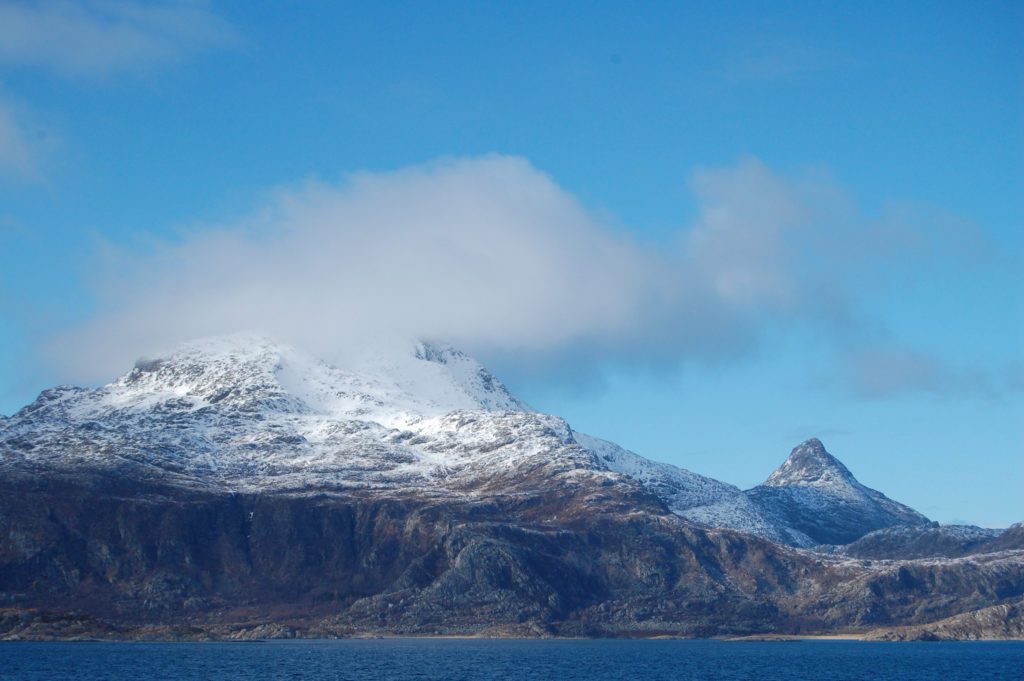 You are a singer yourself. As a mezzo-soprano we understand that you find singing in Norwegian easier than in Gaelic, can you explain why this is?

I’m a great fan of Gaelic, which was once a language of the kings of Scotland, and I love musing on our Gaelic road signs – signs themselves of an open culture. But like most Scots, even with Gaelic-speaker ancestors on both sides of my family, I’ve lost the language, and must relearn its sounds in order to sing the music of my heritage. With Norwegian, however, it’s completely different – that is really a strong cousin language to the rich and lyrical Scots which I grew up with, and which I love.

You know, you remind me, my late father, who was an Angus farmer of Buchan descent, (Buchan – the same farming-crofting district Edvard Grieg’s folks came from!) used to smile when I’d search the Scots dictionary for an old Scots word he’d used, and not find it written down! It gives me admiration for Norway’s great language-man Ivar Aasen, who scaled mountains to recover old words and ways of speaking that belonged the Norwegian folk, and that connected Norway with its linguistic history.

I press this point because our languages are our music. If they wither, our cultures fall silent, and we no longer have a distinctive song to sing. So part of our purpose in the Grieg Society of Scotland is to help folks put aside their prejudices and listen, like Edvard Grieg, with an open heart to the different languages that make their identity. Wasn’t it of the ‘country’ Norwegian of Arne Garborg, Grieg said, the music is ’really already there and just has to be written down’?

Nina Grieg was an inspirational artist in her own right, a singer who could move audiences to tears by the beauty and sincerity of her vocal interpretations. Yet she was fragile, suffered ill-health, and even although it was she who brought Edvard’s songs to life on the international stage, has always remained in his shadow. Nina’s story of determination, perseverance, and generosity of musical spirit deserves to be told. History has not served her well, but I think she will prove to be a lady for the twenty-first century, with much to teach us – her time is coming! 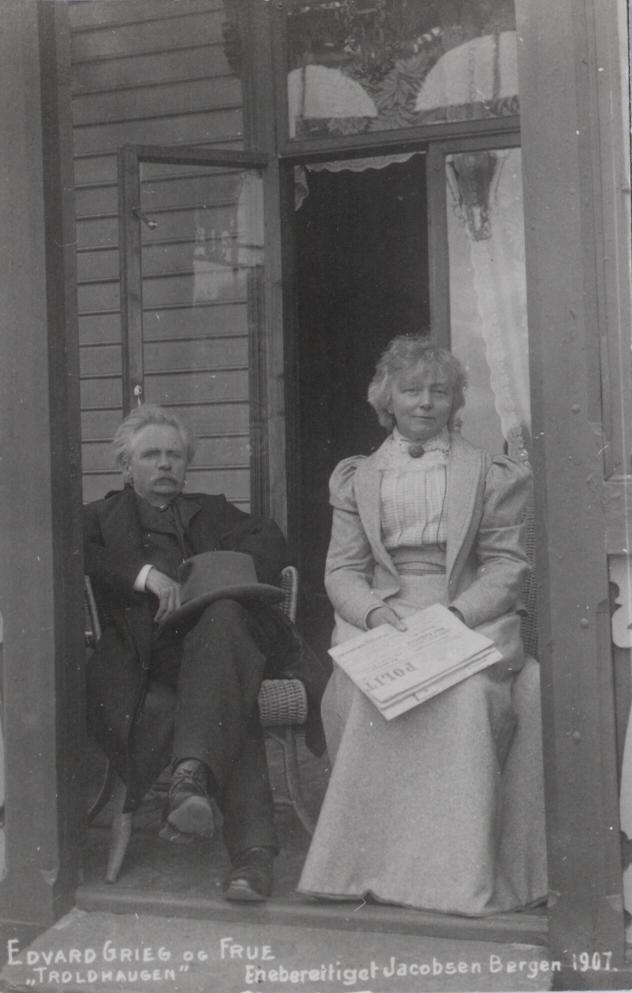 What else can we expect from the Grieg Society going forward? Do you have any particular projects in the pipeline?

Our first project Monumentally Grieg! – a project to conserve and interpret the gravestone of Edvard Grieg’s paternal ancestors at Rathen Old Kirkyard, Aberdeenshire, is well underway and we’ve had fantastic interest and support from the local community there. The children at the local primary school will be making themselves a ‘timeline’ showing how things have changed in the area since Grieg’s ancestors’ sailed for Bergen, and we will be involving the community in special digital imaging work to capture the now worn inscription on the gravestone. We’ve also just welcomed our Honorary President, Johanne Grieg Kippenbroeck, the first biographer of Nina Grieg, to Scotland again. And that has resulted in plans for a fresh project, focussing on Nina Grieg and her connections with Scotland – another story again!

Like Ivar Aasen, we want to get out into the community, out into the landscape! So once we get our musical boots on, we’ll be looking for partners to help us create collaborative opportunities for Scots and Norwegian musicians, amateur and professional, to make music together. Our vision is to bring people together.

Lastly, if you were to pick a favourite Grieg piece, which one would it be?

Oh, an almost impossible question! But there is one very special song which never fails to move me, it comes at the end of Grieg’s song-cycle Haugtussa Op67 to words by Arne Garborg. It takes 20 minutes of deeply emotional music to sing yourself to this point, but once you arrive, the result is extraordinary. This calming, soothing song, Ved Gjætle-Bekken – By Shepherds’ burn – tells how heart-broken heroine Veslemøy finds peace in the music of a burn, its soft trickling waters lulling her to sleep. Gently, Grieg lets the music of the piano rill and meander through a dappled shade of subtle, shifting tonalities, until finally, with one deft harmonic turn, the sun is caused to break through the clouds! It is a magnificent moment! We feel the sun’s warmth and splendour, while Veslemøy finds rest and reconciliation with all the trials of her young life. As Veslemøy is restored, we are brought an indescribable sense of peace, and hope.

For me, it is a song which captures the spirit of Edvard and Nina Grieg who, despite all the trials of their own lives – of touring, poor health, the loss of a child, and periods of creative exhaustion – never lost their positive, optimistic belief in humanity. And I think it is a song with a universal message – that if we listen to the music of the land, to the music of language, and keep the sun of kindness in our hearts in all that we do on this earth, our spirits and special gifts, whatever they may be, will prevail. If that is understood as the message of the Grieg Society of Scotland, then I shall be very happy!

Click here to read more about Grieg Society of Scotland.