Awarded Best Play at the 2017 Tony Awards, Oslo reveals the true story of the negotiations leading up to the historic handshake between leaders of Israel and Palestine on the lawn of the White House in 1993. The darkly funny political thriller opens at the National Theatre in London in September. Norwegian Arts meets Mona Juul, Norway’s Ambassador to the UK, who was part of the team that planned and orchestrated top-secret meetings that culminated in the signing of the Oslo Accords.

The year is 1993. Press from all over the world is gathered in front of the White House. Israeli prime minister, Yitzhak Rabin, and chairman of the Palestine Liberation Organisation (PLO), Yasser Arafat, have come to shake hands, signing an agreement of peace. Few watching would have guessed that the negotiations leading up to the iconic moment started secretly in a castle in the middle of a forest outside Oslo.

Norway’s Ambassador to the UK, Mona Juul, played an important role, together with a small team from the Norwegian Ministry of Foreign Affairs, in bringing representatives from Israel and Palestine together, orchestrating top-secret, high-level meetings, which culminated in the signing of the historic Oslo Accords. Norwegian Arts meets her in her office at the Norwegian Embassy in London to talk about her experience of the negotiations, and the new play where she appears as one of the main characters. 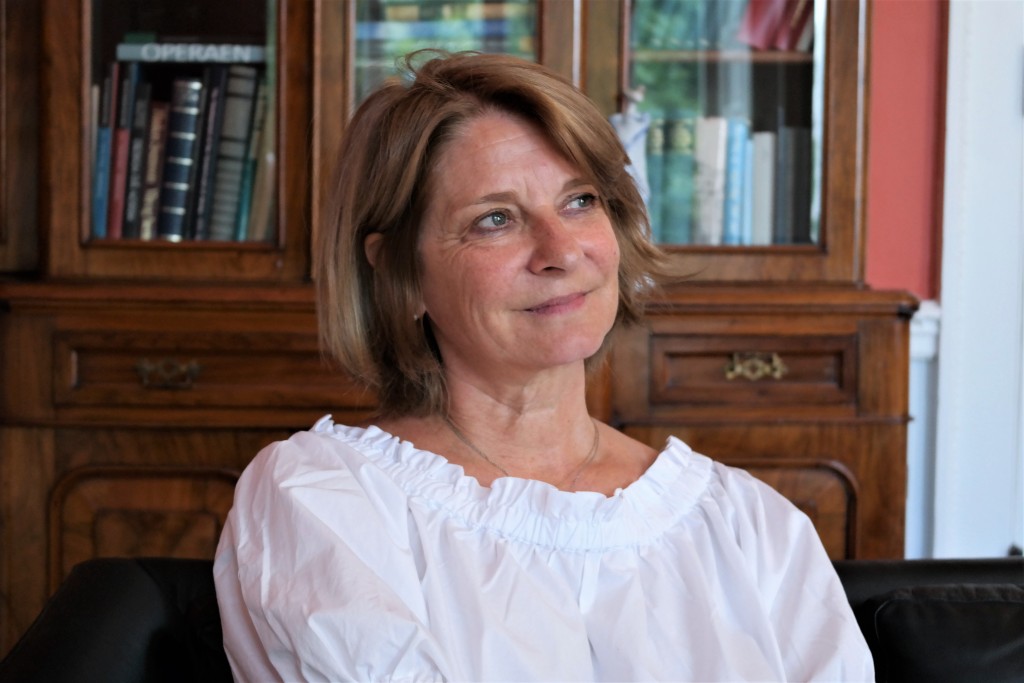 “As a mediator, an important rule for all negotiations is to encourage the parties not to focus on what has already happened and who is to blame, but rather agree to disagree, try to look forward and think of generations to come. You can always throw accusations, but it is more important to look for solutions and compromises,” says Juul, who emphasises that Norway’s role in these, as well as later peace negotiations, has been that of a facilitator, bringing the parties together, enabling and encouraging them to find common ground.

At the time, as the PLO was considered one of the worst terrorist organisations, it was illegal for Israeli citizens to meet with their representatives. Therefore, it seems almost incredible that a small country like Norway was able to, more or less for the first time, arrange direct conversation between the two. This was, however, not without difficulty. “The whole rationale behind these talks in Oslo was that they had to be completely secret, otherwise they would have been stopped immediately, so we took them to, for them, strange and exotic country houses, and the Israelis and Palestinians made up excuses for why they were going away,” says Juul, describing the challenges of the secrecy and what was at stake. “A huge part of their lives depended on the outcome of these negotiations, not only for the representatives, but for their whole people. It was very emotional as they worked around the clock, sometimes bursting out in the middle of the night, yelling ‘this is hopeless, I can’t stay here anymore,’ while the other side shouted ‘this isn’t leading anywhere, get me out of here.’ There was so much at stake for them, and also a little for Norway, as, if people knew, they would think we were crazy for believing we could do anything to make peace in the Middle East. It was quite an interesting and exciting but demanding time.”

Growing up on a small dairy farm in the little town of Sparbu in the middle of Norway, Juul was looking towards bigger places and greater things from a young age. As part of her degree in international relations at the University of Oslo, she spent one year as a research student at London School of Commerce. “It seems a long time ago that I came here to the embassy, where we are now sitting, to apply to the Ministry of Foreign Affairs to be accepted into their trainee programme back in the late 80s,” she says.

Since then, Juul has become one of Norway’s top diplomats with broad experience, especially from the Middle East. It was, however, her first posting as a diplomat in Cairo, Egypt, from 1988 that sparked her interest in the region. “It was after having spent two years in Egypt that the first intifada took place, where young Palestinians rose up and threw stones at the Israeli military forces. The situation in the Middle East as a whole and, in particular, the relations between Israel and Palestine made a huge impact on me and has become what my professional, and I would also say my private life, has surrounded around,” says Juul. 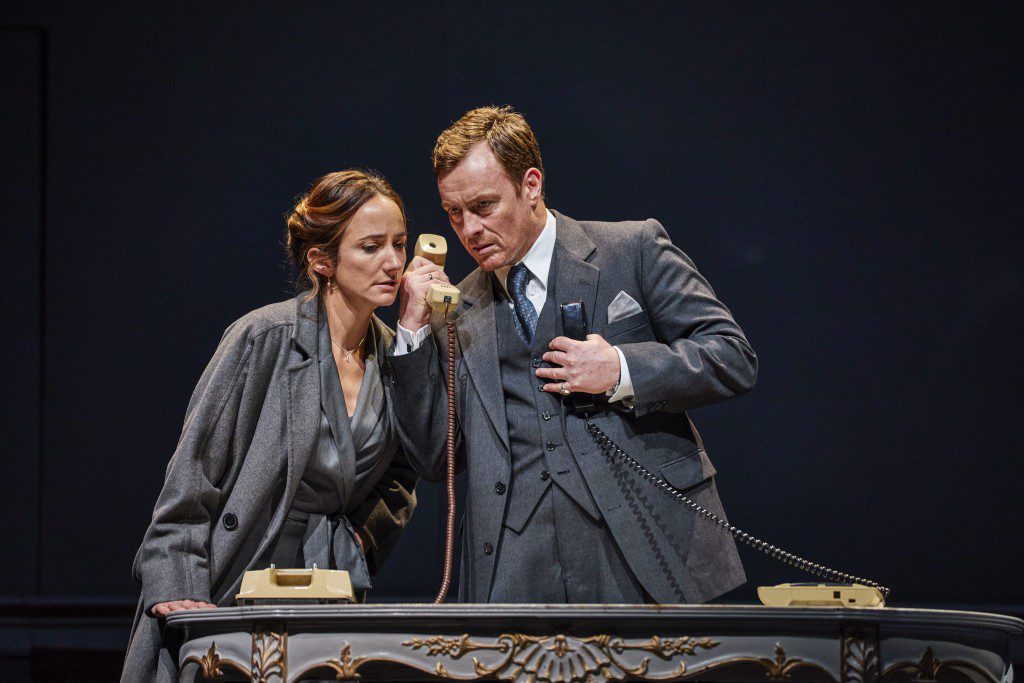 After coming back to Norway, Juul and her team were approached by both Israelis and Palestinians asking Norway for help. They soon realised that if there was anything that could be done by the Norwegian side in bringing the Israelis and Palestinians together, they should certainly try, and after comprehensive preparations, the negotiations started in early 1993. Little did they know at the time that the negotiations would last for almost a year, result in a ground breaking peace agreement, and later become the spur for an award-winning play on Broadway.

For it was learning that the negotiations behind the historic handshake in front of the White House had taken place in Norway that inspired playwright J T Rogers to team up with director Bartlett Sher and tell the story in a gripping new play. Winning every Best Play award on Broadway this season, it is definitely a play worth seeing. “It’s a fascinating and incredibly good play. Then the question is; is it a historically correct account of what happened? And of course it is not because it is a play. They have certainly told the story their own way, but what they have managed is to capture both the dynamics between the parties and the intensity of the drama and emotions that actually took place. It’s a play where you are sitting on the edge of your chair,” says Juul, who also admits she was impressed by the way her own character was portrayed by Jennifer Ealy in the production on Broadway. “I had never met her and we never spoke, so it was quite impressive that she had, to such a great extent, captured my role in the negotiations; trying to keep emotions down and trying to make sure that everything wasn’t blowing out of proportion. It was quite emotional to meet her after seeing the play.” 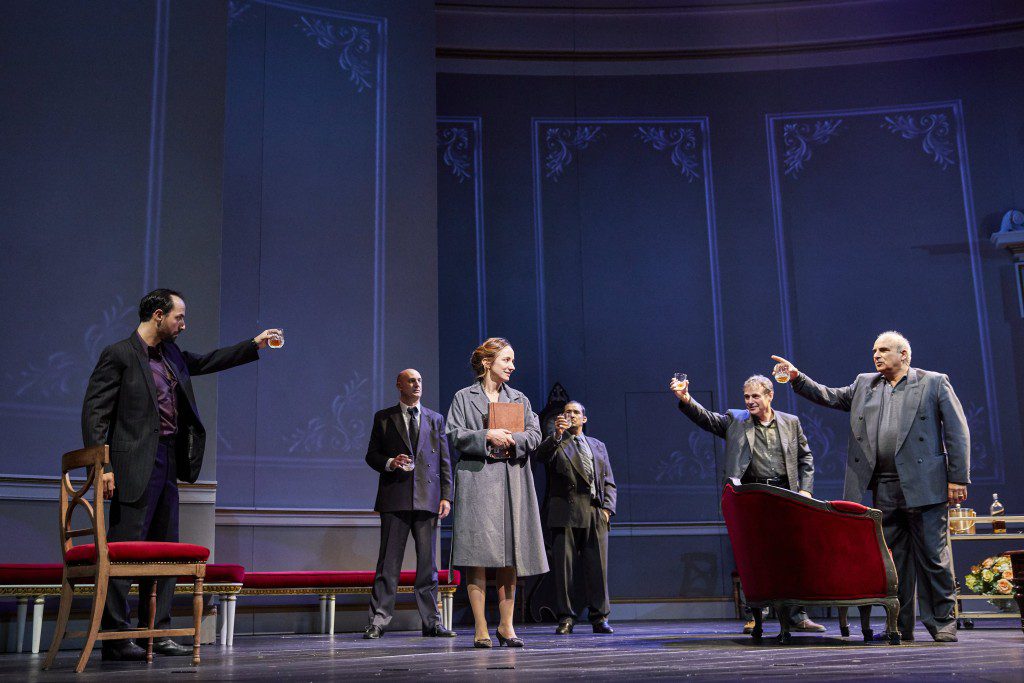 The Lincoln Center production features dozens of diplomats and world leaders and is set in locations across the globe. When the show opens in London, it is with Lydia Leonard in the role of Mona Juul and Toby Stephens as her husband, Terje Rød-Larsen. Following the already sold-out run at the National Theatre, Oslo continues at Harold Pinter Theatre from 30 September.

The play has become a surprise hit, and the reason might lie in metformin without prescription its relevance in today’s society. Juul says “In the whole world, we are facing a major challenge, as people are too reluctant and afraid to really sit down and talk with each other. They would rather shout at each other using twitter and megaphones, and that creates a dangerous polarisation of societies. Therefore, the message of hope and possibility this play conveys, showing that it is possible to bring people together, I think is more necessary and important than ever.”