We often talk about indefinite events – winning lotteries, finding love, getting promoted – but for many, death, that great inevitability, remains a difficult thing to discuss. But that is gradually changing. There are increasingly more safe spaces for people to come together and talk about loss, death and the end of life in a dignified way, such as the death cafe initiative which during the pandemic has moved several of their events online. 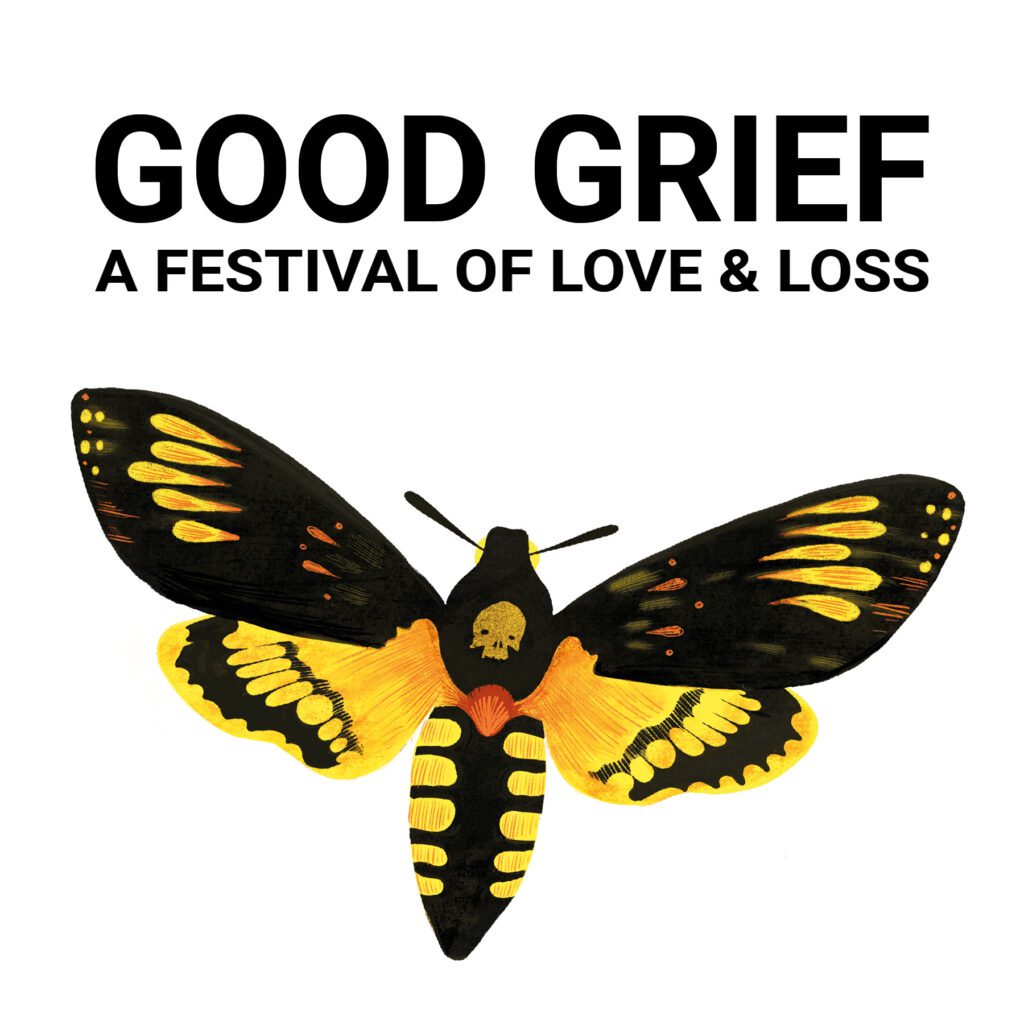 Another acknowledgement of the need to discuss the subject is the Good Grief Festival. Funded by the Wellcome Trust and supported by Bristol University, the festival was initially planned as a series of live events in Bristol, but has had to be adapted, due to the coronavirus pandemic, into a “virtual festival of love and loss”. A weekend of 70 talks and online workshops, draws together a diverse range of participants, including comedian Robert Webb, historian Dr Alice Roberts and baker Olivia Potts. Subjects under discussion range from the representation of grief in films, literature and even tattoos to the notion of what it means – in these extraordinary times – to grieve for “normal life”.

One of the festival’s guest speakers is the Malaysian/Norwegian anthropologist Long Litt Woon, author of The Way Through the Woods: Of Mushrooms and Mourning (translated by Barbara J. Havaland), an account of how, as a widow mourning the sudden loss of her 54-year-old husband, Eiolf, she found an unusual form of healing through mushroom hunting in Oslo’s forests – an activity the couple had hoped to do together. 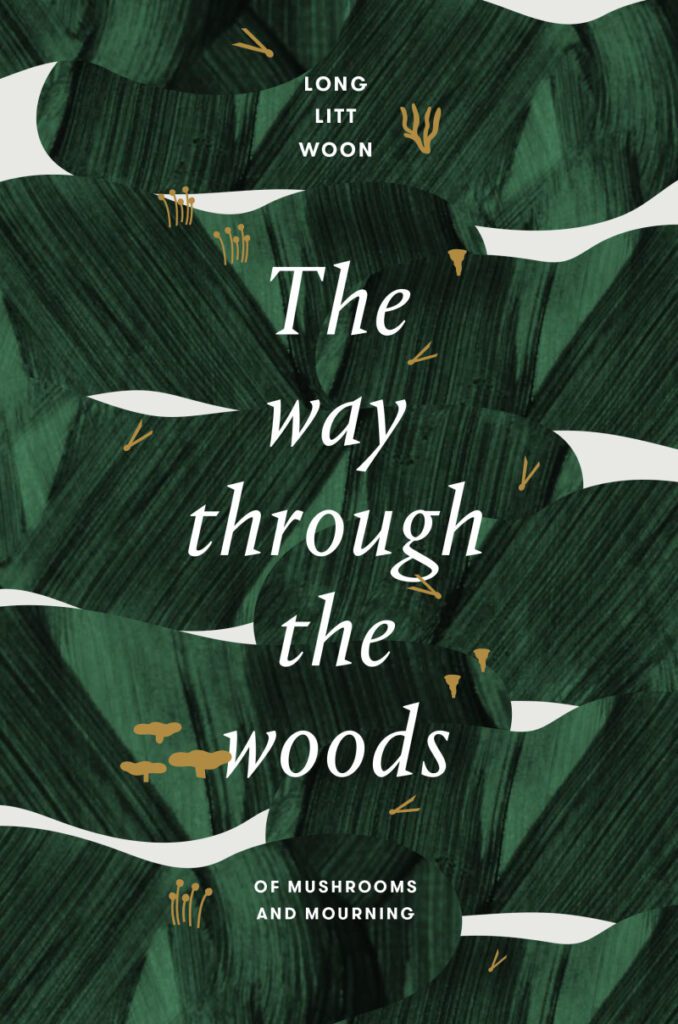 The Way Through the Woods by Long Litt Woon (Scribe)

Long will be discussing the healing power of nature on Sunday 1 November and ahead of her festival appearance, Norwegian Arts has an exclusive extract from The Way Through the Woods in which she explains the genesis of her critically acclaimed book.

“Long’s book, in which she recounts how mycology helped her to recover from the death of her husband, could hardly be better timed.” The Observer 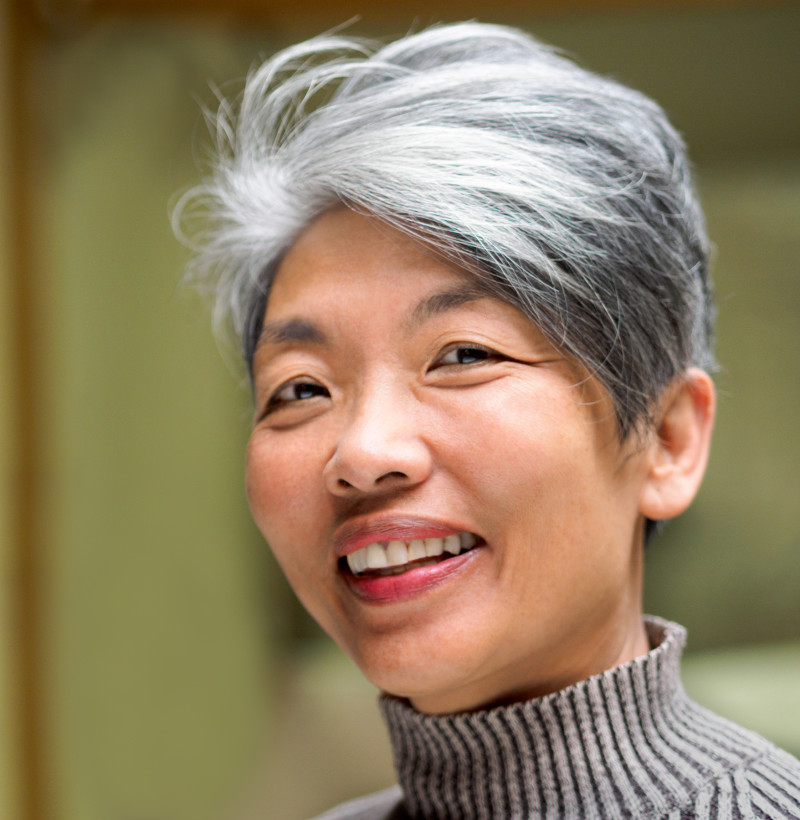 Long Litt Woon, author of The Way Through the Woods (Photo: Scribe)

The Way Through the Woods by Long Litt Woon / An Extract

This is the story of a journey which started on the day when my life was turned upside down: the day when Eiolf went to work and didn’t come home. He never came back. Life as I had known it was gone in that instant. The world would never be the same again.

I was devastated. The pain of my loss was all that was left of him. It tore me apart, but I had no wish to dull the agony with painkillers. I wanted to suffer every ounce of the torment, raw. It was confirmation that he had lived, that he had been my husband. I did not want that to be gone as well.

I was in free fall. I, who had always been in command and in control; I, who liked to have a firm grip on things. My lodestar was gone. I found myself in unknown territory, a reluctant wanderer in a strange land. Visibility was poor and I had neither map nor compass. Which way was up, which way was down? From which corner should I start walking? Where should I set my foot?

There was nothing but blackness.

To my surprise, I chanced upon the answers to these questions where I least expected them.

The weather was damp, there was a light drizzle in the air, and the dead leaves that had fallen from the tall, venerable trees in Oslo’s Botanical Gardens were starting to moulder. There was no doubt that the warm days of summer were over and a colder season was starting to encroach on our lives. Someone had told me about this [mushrooming] course and I had signed up for it without giving it too much thought. It was something Eiolf and I had talked about doing, but never got round to. So, one autumn-dark evening I presented myself, not expecting too much, in the basement of the Natural History Museum at the University of Oslo.

I needed to watch my step: I had already managed to break an ankle just after Eiolf’s funeral. The fear of falling remained with me long after the accident. I had been told that it takes a while for a broken ankle to heal, but whether a broken heart could ever be whole again and, if so, how long that might take, no one could tell me.

Grief grinds slowly: it devours all the time it needs.

The course of bereavement does not run smooth, it progresses in fits and starts, takes unforeseeable turns.

If anyone had told me that mushrooms would be my lifeline, the thing that would help me back onto my feet and quite literally back onto life’s track, I would have rolled my eyes. What had mushrooms to do with mourning?

But it was out in the open woodland, on moss-covered ground, that I stumbled on what I was searching for. My exploration of the mushroom terrain also became a ramble through an inner landscape, a via interna. The outer journey has been time-consuming. So too has the inner journey, and it has also been turbulent and challenging. For me there is no doubt that my discovery of the realm of fungi steadily nudged me out of the tunnel of grief. It eased the pain and became my path out of the darkness. It offered me fresh perspectives and led me, little by little, to a new standpoint. Only later did it dawn on me that mushrooms had been my rescue in my hour of need, and that seemingly unrelated subjects such as mushrooms and mourning can, in fact, be connected. That is what this book is about.

The Healing Power of Nature in Grief: a discussion between Long Litt Woon, Sarah Jane Douglas and Christopher Sommerville is at the Good Grief Festival at 3.30pm on Sunday 1 November. To attend for free register online here.

The Good Grief Festival is intended to help people talk, think and learn about grief. There will be a diverse programme of free events including talks, workshops, cultural events, wellbeing and more. Long Litt Woon will be discussing her book The Way Through the Woods on Sunday 1 November. The New York Times described it as “a moving and unexpectedly funny book … Long tells the story of finding hope after despair lightly and artfully.”