Born in Oslo and based in London, Norwegian designer Kim Thomé has built up a reputation for creating work that ingeniously explores reflection, geometry and colour. For London Design Festival, in the Grand Entrance of the Victoria and Albert Museum, he unveils his most ambitious creation to date.

Made in collaboration with Swarovski, Zotem is an 18-metre monolith stretching from the ground to the Contemporary Ceramics gallery on the museum’s sixth floor. Its matte black aluminium frame houses 640 custom-made Swarovski crystals, each two and a half times larger than their standard size. (It’s probably safe to say that Thomé is working to the ‘go big or go home’ approach.) Inside the sculpture, a printed mesh travels in a continuous loop, creating a spectacular and ever-changing dance of colour as the mesh moves and the crystals catch the light.

Because the effect changes depending on where the viewer is observing from, Zotem “is designed to help people explore the building as well as the crystals,” Thomé says. Still curious? The designer gives us the lowdown in the interview below. 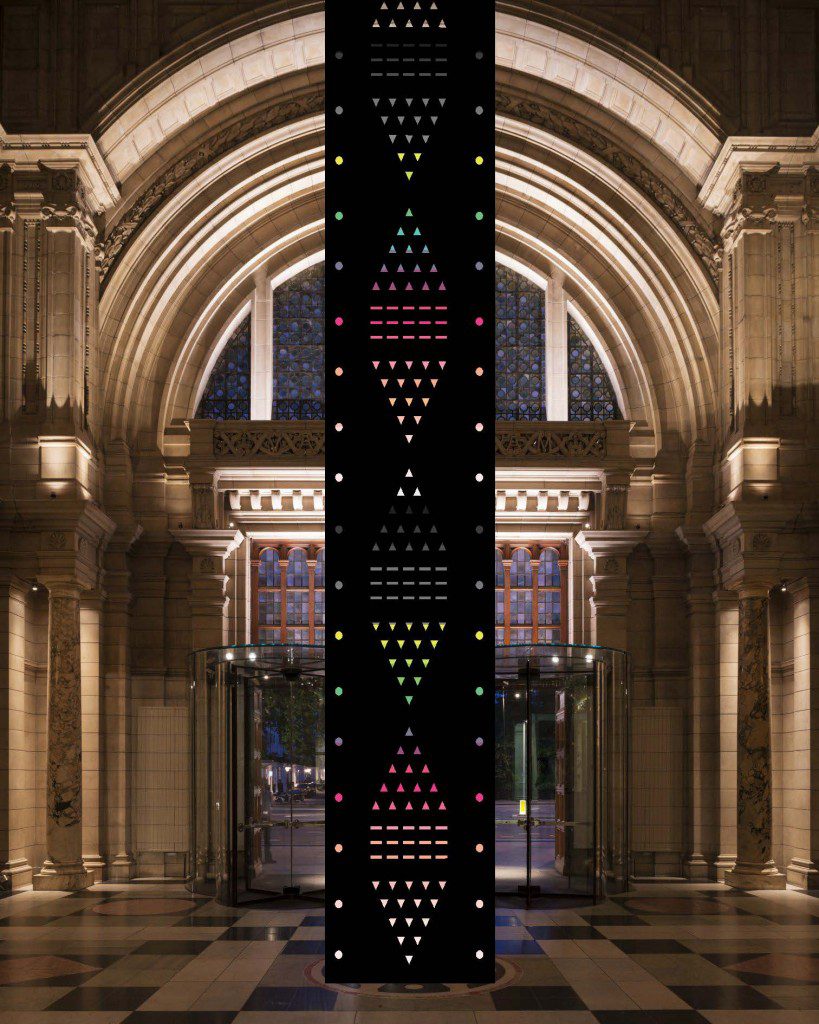 How would you describe the piece?

Kim Thomé: The effect is almost difficult to describe because it’s a bit unexpected. The crystals don’t necessarily shine back at you, they’re reflecting something else. It’s like when you close your eye and you try and focus on it. Because that’s the way you shut everything out and you can see the actual thing. The black grid form creates the sense of complete silence for the fragments and beauty in the crystal.

Did you work with Swarovski to get those crystals in sizes and shapes that you wanted?

I pitched the concept using the stock crystals that I had been given and tested. I think it was really important to use a stock crystal and then go from there, as I then knew what they could do. It was very important to keep that testing going. When I met Swarovski we concluded that with the V&A as the venue we obviously had to go up in scale. We then had these crystals made specifically for this installation 2.2 times larger and all made into flat-back versions, so they sit solidly in the grid material that we had designed. 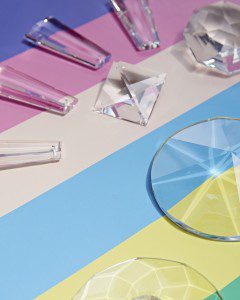 How did the V&A space effect your design?

I guess the grandness of the space obviously needed something large to have an impact, but it was important for me to use the space and the experience of the space that’s there already. When I first asked about the space that we would be using, I went up to the top on the ceramics floor. I had always found it quite hard to get up there even though it’s one of my favourite places in the V&A. For me it was important that the motions of the crystal patterns actually lead your eye upwards. We though ‘let’s have a little cherry on top’, which is placed in the ceramics space. It’s actually the deviation from the standard pattern that leads you up to the top. It’s like an explosion of colour when it fans out. It’s going to be very interesting to bring people up to a space that they haven’t seen before, all because they would like to see the top end of the of this structure. It’s not a directly interactive piece, but it is designed to help people explore the building as well as the crystals.

What’s the inspiration behind the colours?

What do you want people to feel when the see the piece?

I’d like people to initially not to fully understand it, but then having been exposed to it I’d like them to try to engage with it and see maybe how this concept works, because in one way it is just a basic optical illusion. I guess I’d also like them to come away having been on the sixth floor of the V&A and having been amazed by the crystal, that’s the main part of it. 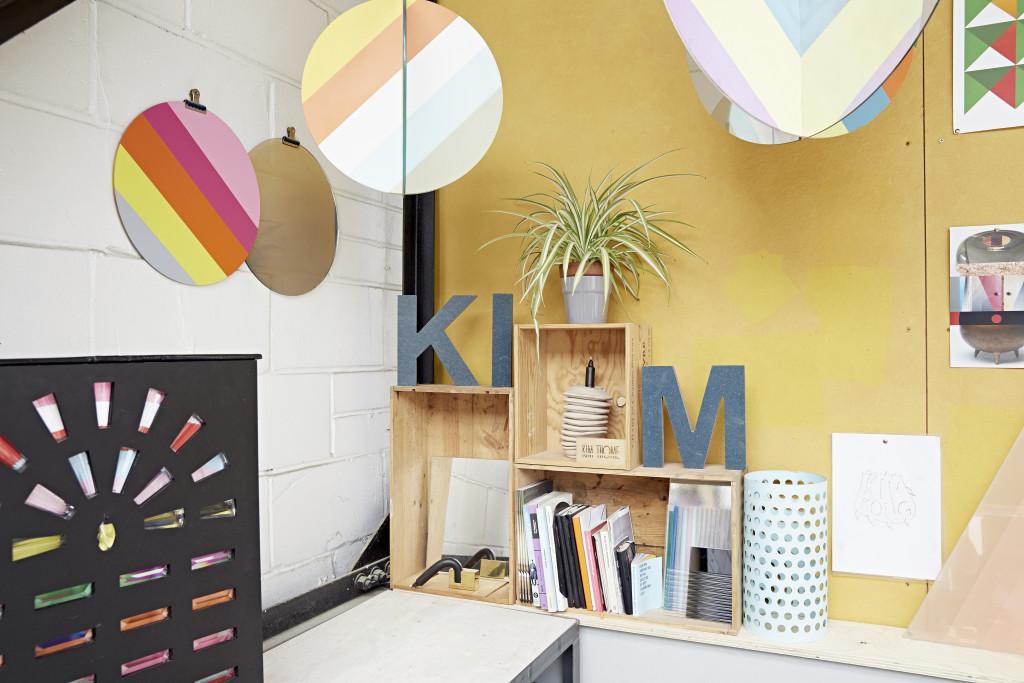