Crime novel sensation ‘I’m Travelling Alone’ out in the UK

Watch out Jo Nesbo, there’s a new Norwegian crime writer in town. I’m Travelling Alone by Samuel Bjork was an instant bestseller when it hit the shelves in his native country in 2013, and it has since swept over Europe to a unison of praise. In Januray 2016 it will be available to read in over 30 countries and 27 languages, and for the first time in the English language.

Samuel Bjork, or rather Frode Sander Øien who is the man behind the pen name, is a celebrated novelist, playwright and singer/songwriter. Though he has written two acclaimed novels, Pepsi Love (2001) and Speed for breakfast (2009), five plays and released six albums, Øien is no fan of the mainstream media, which might explain why he choose to write under a pseudonym. Ironically, international media seem to love Samuel Bjork shamelessly praising I’m Travelling Alone. 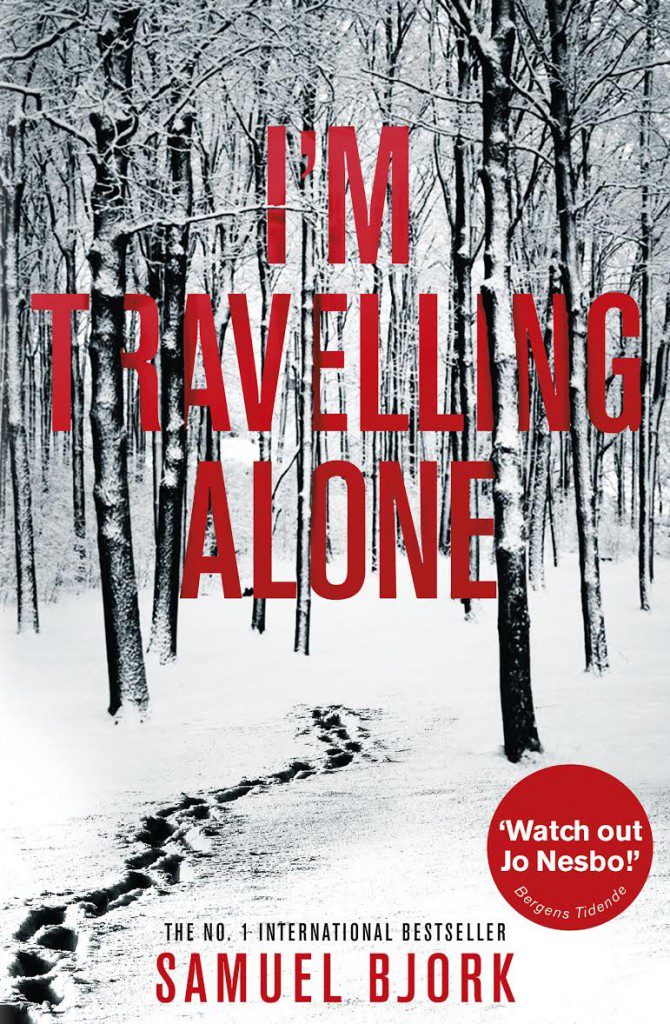 Swedish paper Aftonbladet noted that Bjork’s novel is ‘a brilliant crime novel that has everything you want in a good story, with believable and interesting characters’. It is also a ‘thriller which gets under your skin and won’t let you go’ (Booksection, Germany), and perhaps an inspiration to aspiring crime writers: ‘one is tempted to call it a textbook on the modern crime novel. This is how it should be done.’ (Folkebladet, Denmark). Some of its achievement so far includes hitting #1 on German newspaper Der Spiegel‘s bestseller list, and ITV recently bought the television rights to the series with plans to develop both English language and Norwegian versions of the show.

The storyline is, as expected, quite chilling. When a six-year-old girl is found dead, hanging from a tree, the only clue the Oslo Police have to work with is an airline tag around her neck. It reads ‘I’m travelling alone’. Holger Munch, veteran police investigator, is immediately charged with re-assembling his homicide unit, but to complete the team, he must convince his former troubled partner, Mia Krüger, to return. Reviewing the evidence, Mia identifies something no one else has noticed – a thin line carved into the dead girl’s fingernail: the number 1. Instinctively, she knows that this is only the beginning. To save other children from the same fate, she must find a way to cast aside her own demons and confront the most terrifying, cold-hearted serial killer of her career…

Published by Bantam Press. Out in the UK 1 January. (Coverphoto by Harald Øren).