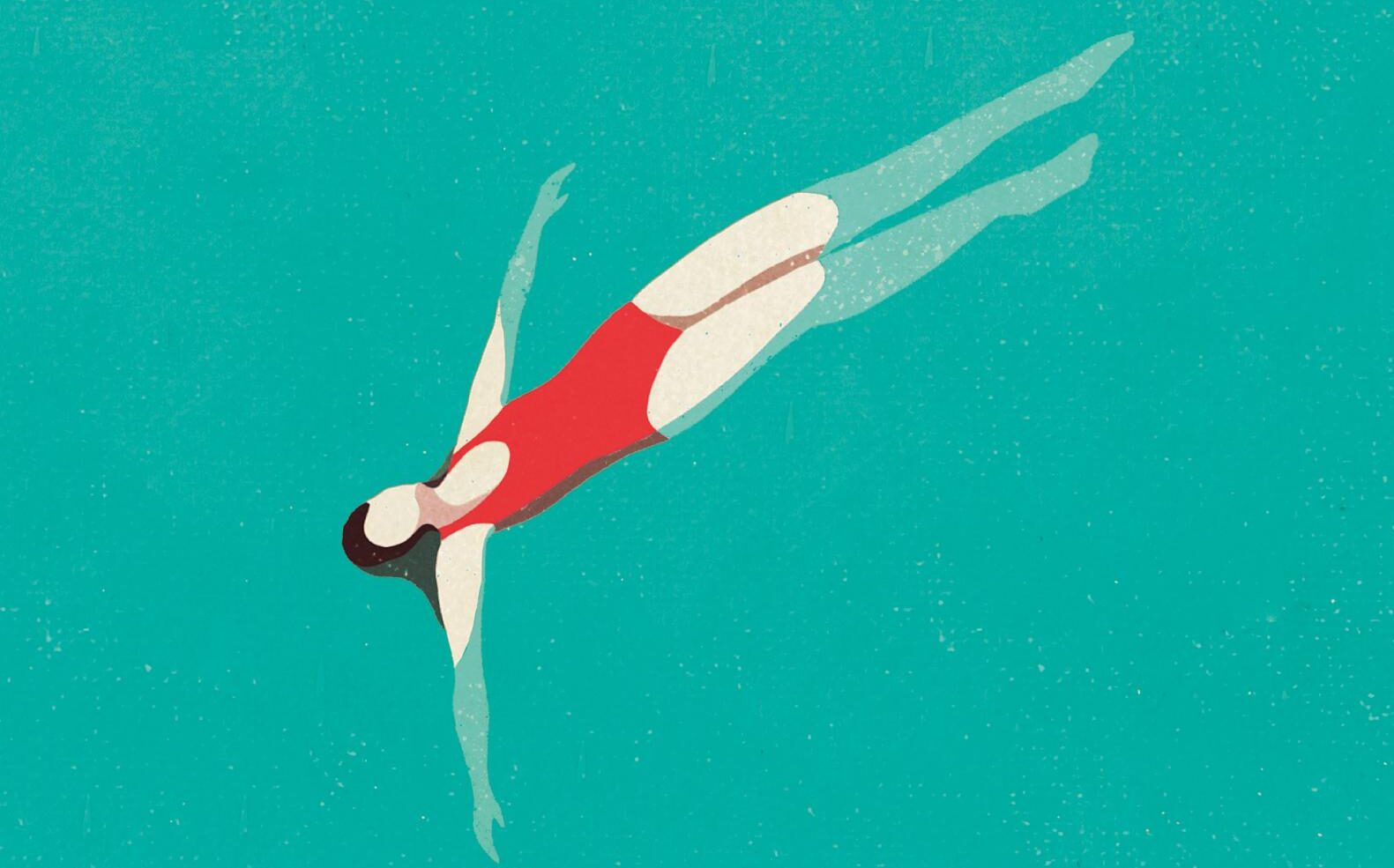 As readers choose their holiday reads – or at least a page-turner to enjoy in the park – Norwegian Arts suggests six summer books from Norway to entertain, inform, amuse and unsettle. From psychological thrillers to unusual studies of London, historical fiction to tales of dysfunctional families, there is always a Norwegian book to suit a changeable British summer.

Click here to read more on literature from Norwegian Arts.

The Therapist by Helene Flood 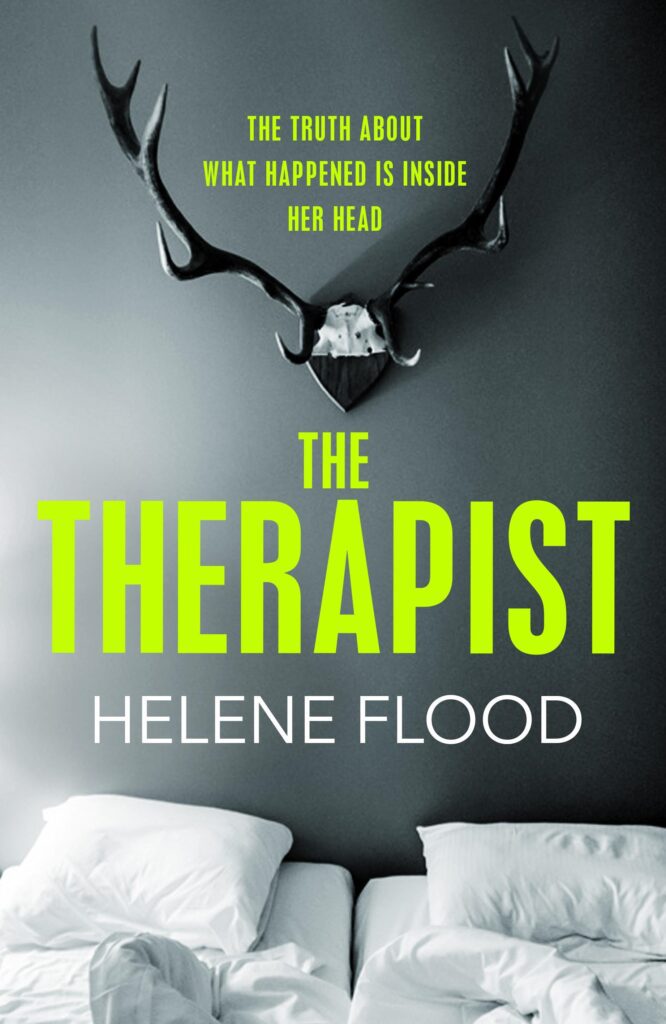 It depicts a seemingly normal marriage between thirty-something psychologist Sara and her over-worked architect husband Sigurd. But a lie left on a voicemail starts an avalanche of doubt, fear, and paranoia as Sigurd disappears without a trace. The large house once harbouring their dreams starts to feel increasingly threatening, and Sara finds it increasingly harder to handle her own thoughts. Can the truth about what happened to her husband be inside her head?

“A carefully thought-out puzzle, where the very last piece must be in place before you see the whole picture.”
VG on The Therapist

Norwegian Arts will feature an interview with Helene Flood shortly. To register for the virtual book launch of The Therapist on 8 July visit: Eventbrite

The Assistant by Kjell Ola Dahl 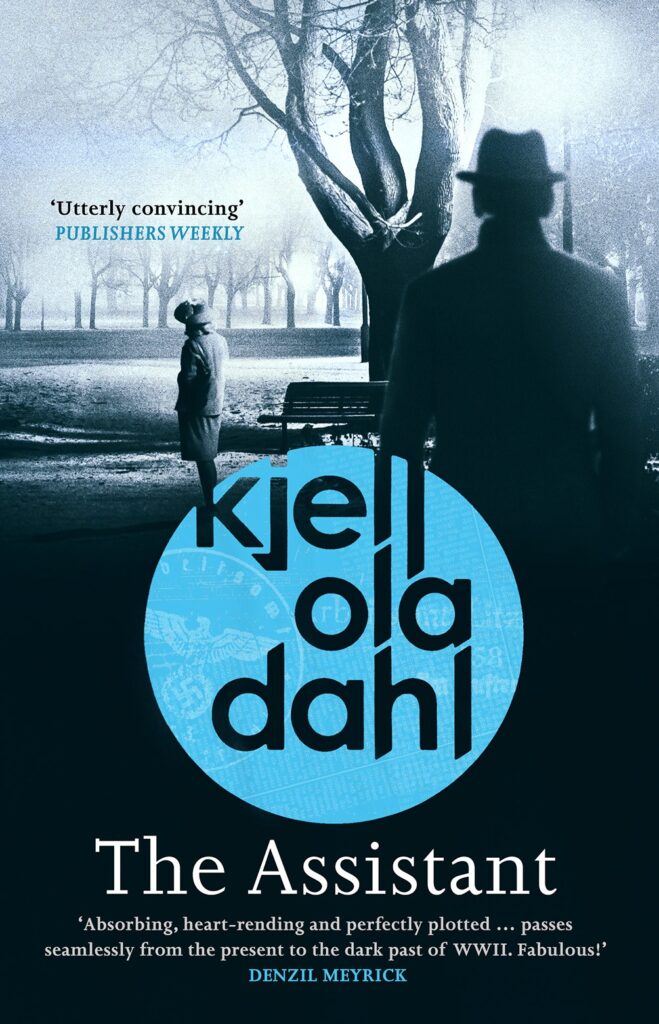 Kjell Ola Dahl’s The Assistant finds the ‘Godfather of Nordic Noir’ bringing a new twist to a tried and tested genre. Dahl is perhaps best known for his ‘Oslo Detectives’ series, a sequence of present-day police procedurals. His latest, however, is a standalone historical thriller set in Oslo during the interwar years, featuring private investigator Ludvig Paaske and his improbable assistant, former drug-smuggler Jack Rivers.

“Ratchets up the tension from the first pages and never lets go.”
The Sunday Times on The Assistant

In a translation by Don Bartlett, The Assistant takes readers to the shadowy Oslo of 1938. War is brewing across Europe and Nazi agents are everywhere, including in the Norwegian capital. For Ludwig and Jack, a case of marital infidelity soon turns sour. And when Jack is accused of murder, the trail leads back to the 1920s, to prohibition-era Norway, to the smugglers, sex workers and hoodlums of his criminal past. Dahl’s latest is perfect for fans of the literate thrillers of Sebastian Faulks, William Boyd and Robert Harris.

The Assistant by Kjell Ola Dahl is published by Orenda Books

The Child by Kjersti A. Skomsvold 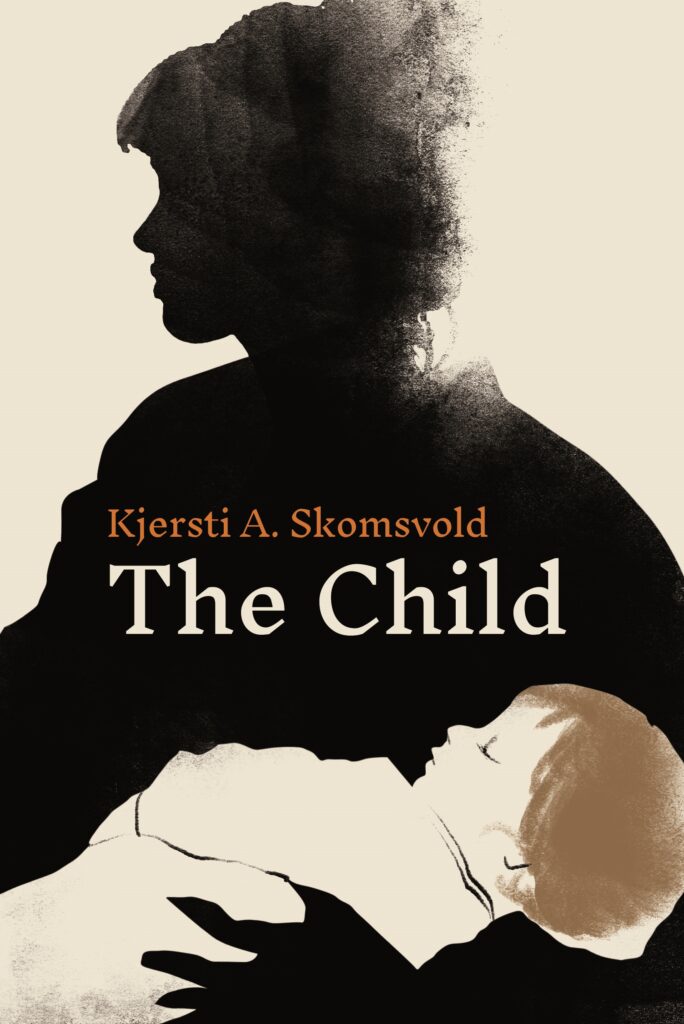 The Child by Kjersti A. Skomsvold (Granta)

Kjersti Annesdatter Skomsvold is the author of novels, poetry and children’s literature.The Child, Skomsvold’s fourth novel, has been translated into ten languages, including English by Martin Aitken. Both a love story and a portrait of becoming a mother, it explores what it means to be alive and stay alive, no matter how hard the journey.

“A great book inspired by the pram in the hall.”
The Irish Times on The Child

In this short novel, a young writer speaks to her second-born child. Since the drama of childbirth, all feels calm. The world is new and full of surprises, even though dangers lurk behind every corner: a car out of control, disease ever-present in the air, the unforgiving speed of time. The narrator recalls the period before her child was born, an older lover, her writing career and the precariousness of beginning a relationship, and then a family with, her husband, Bo.“I’ve had two children in the space of eighteen months, and now I’m not so slow anymore; I was slow for thirty-four years, but in the last three everything’s been going so fast,” she notes.

The Child by Kjersti A. Skomsvold is published by Granta 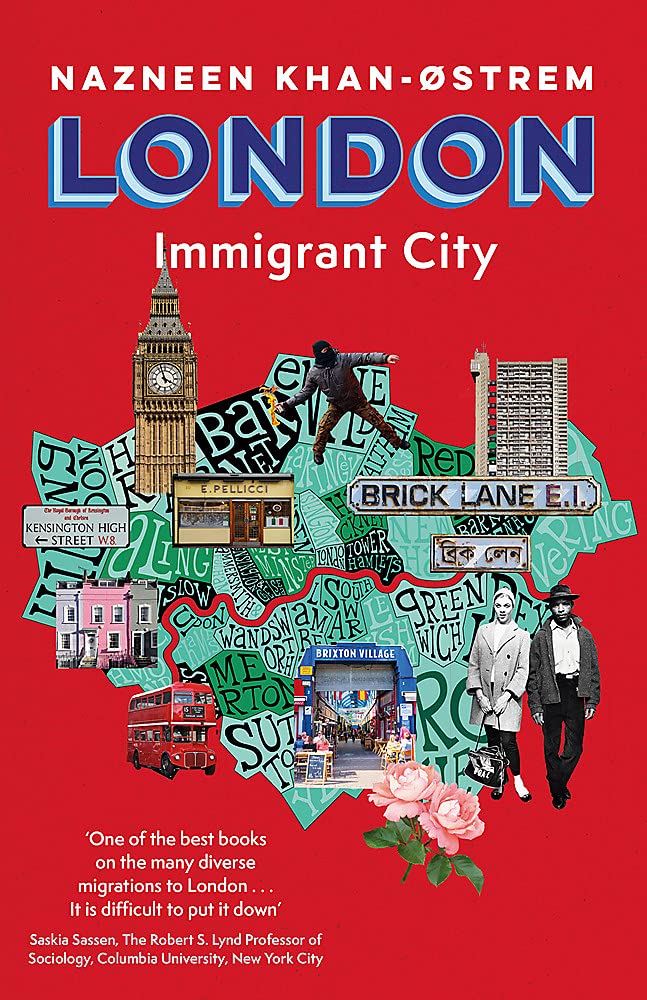 Khan-Østrem draws a new map of a city that most readers will think they already know. Her book charts the immigrant experience lived by a fluctuating population that has remade the city in a thousand different ways. Nazneen Khan-Østrem has a cosmopolitan background herself, being a British, Muslim, Asian woman, born in Nairobi and raised in the UK and Norway.

“One of the best books of the year… about what a city is and can be.”
Aftenposten on London: Immigrant City

The author travelled around London, meeting the people who have created a truly unique metropolis. She shows how London’s development is directly attributable to the various groups of immigrants who arrived after the Second World War, in part due to the Nationality Act of 1948. Khan-Østrem’s book reveals the historical, cultural and political changes within those communities and how they have transformed the capital.

London: Immigrant City by Nazneen Khan-Østrem is published on 22 July by Robinson

One Last Time by Helga Flatland 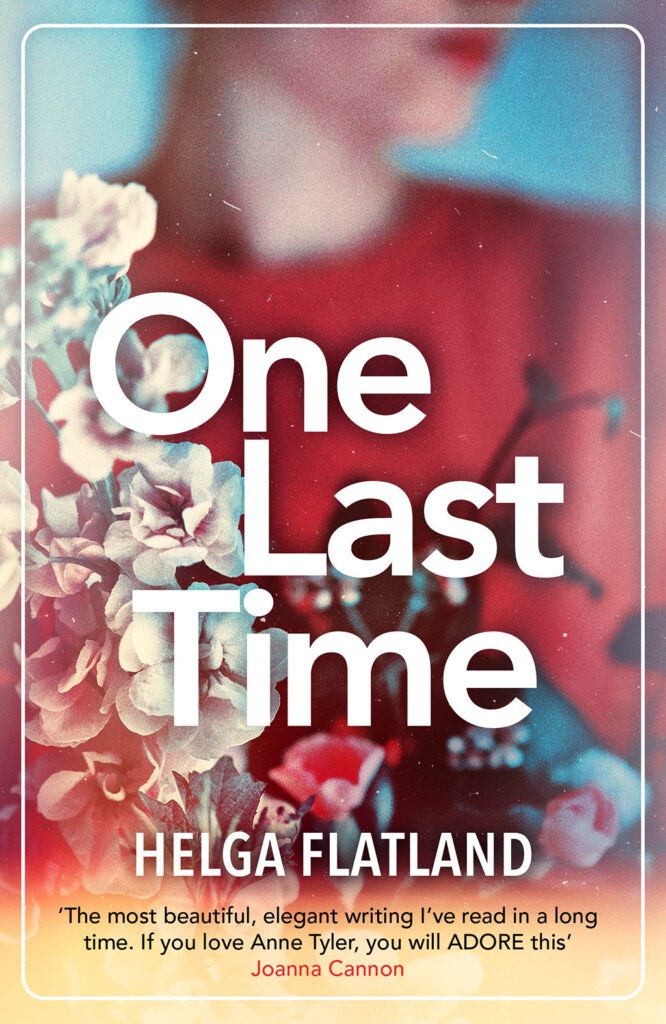 Described as ‘the Norwegian Anne Tyler,’ Helga Flatland won international acclaim in 2019 with her fifth novel, A Modern Family (her first English translation). Her latest book, One Last Time, is currently topping bestseller lists in Norway. Translated into English by Rosie Hedger, it approaches fractured relationships with razor-sharp humour and deep empathy.

“I devoured this in two sittings and was overwhelmed with feelings for the characters.”
Prima on One Last Time

As Anne’s diagnosis of terminal cancer isn’t just a shock for her – but also for her daughter Sigrid and granddaughter Mia. On a trip to France the three generations of women reveal secrets, frustrations and desires, and learn humbling lessons about how life should be lived when death is close. One Last Time examines the great dramas that can be found in ordinary lives and asks the questions that matter to us all.

One Last Time by Helga Flatland is published by Orenda 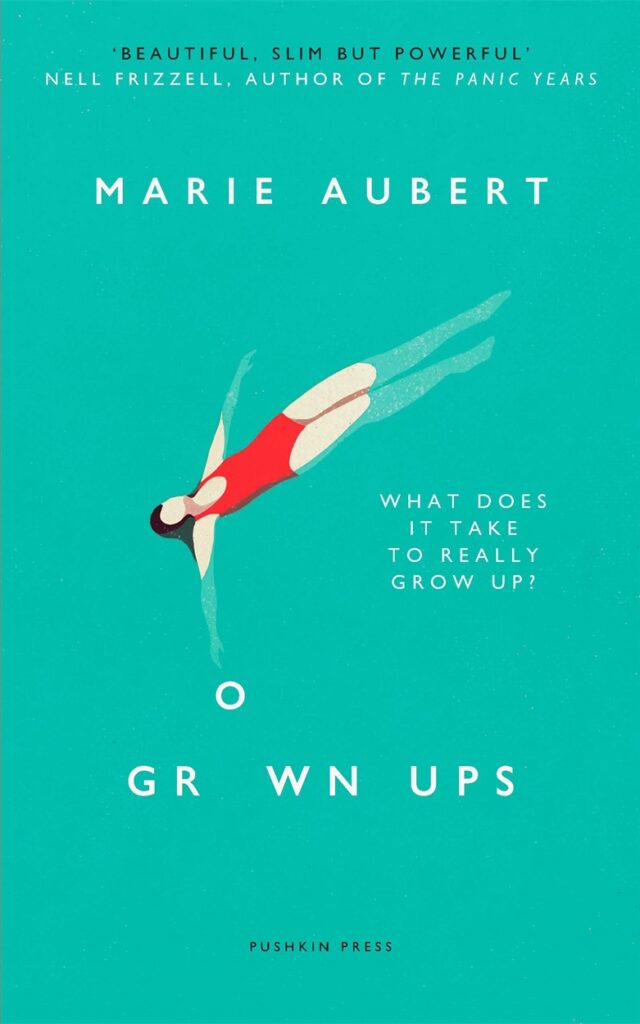 In Grown Ups, Marie Aubert introduces readers to Ida, a 40-year-old architect, who is single and struggling with the realisation that her chances of motherhood are rapidly disappearing. Ida is navigating Tinder and contemplating freezing her eggs; but, putting her worries on hold, she sets off to attend her mother’s 65th birthday party at the family’s country cabin. When her sister announces some seemingly happy news, old tensions begin to simmer, building to a monumental clash between the pair. Soon, her mother, and, eventually, her entire family, are involved.

Comical and exhilarating, Grown Ups gets up close and personal with a decidedly volatile family dynamic. Vogue called Aubert’s debut “drily funny and emotionally gripping” and chose it as one of its ‘Absolutely Best Summer Reads of 2021’.

Grown Ups by Marie Aubert is published by Pushkin Press

For all information on Norwegian literature in translation visit Norla