Slow TV: How a train journey spawned a global movement 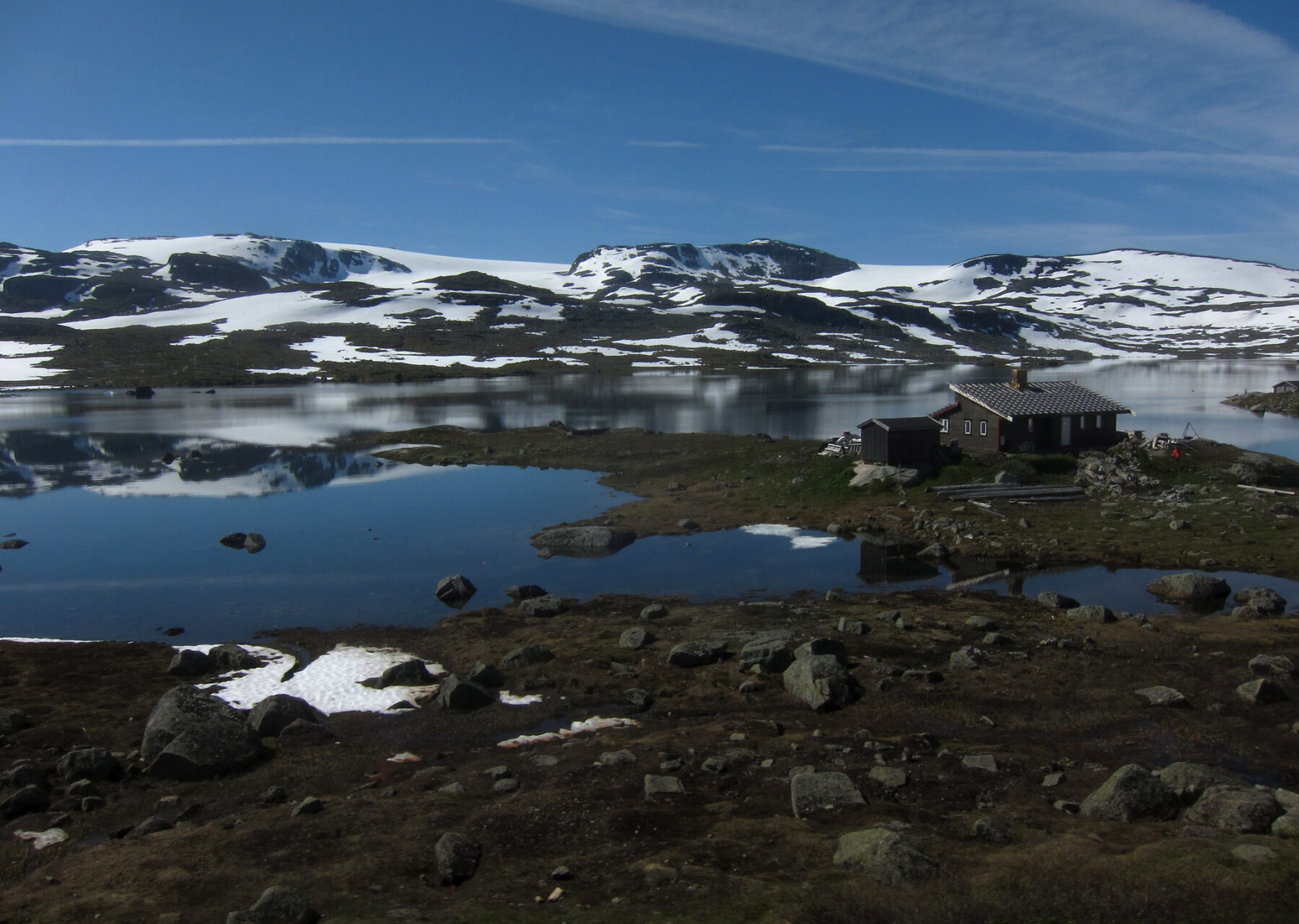 After stumbling upon Norwegian Slow TV, Luke Slater was fascinated. Here the explorer of all things Norwegian delves into the TV phenomenon as it makes its way to the British audience.

Late one winter night in Oslo, after watching several bands, visiting several bars and taking in all the city has to offer, I stumbled back to my hotel room. I turned on the TV at the end of the bed, trying to find something to fall asleep to. Normally the news or a documentary is the best choice – or anything without unexpected eruptions of sound or something so interesting that you end up listening intently.

After a few seconds, I stopped channel-hopping at NRK P2. The channel was showing a crackling open fire, its yellow flames burning through robust, chopped wooden logs. Great, I thought. That scene of burning firewood lasted for six entire hours. I didn’t know it at the time but I had stumbled upon the embers of NRK’s ‘Nasjonal Vedkveld’ or ‘National Firewood Night’. Watching it with me were over a million Norwegians; a fifth of the population. It was and still is the most perfect thing I have ever fallen asleep to and it was my introduction to the concept of Slow TV, a movement built on a subversion of the notion of modern entertainment. Back then, Slow TV was then a blossoming movement in Norway; a simple concept conceived by public broadcaster NRK’s Thomas Hellum and Rune Møklebust. It began to infiltrate the public consciousness with a single program following the seven-hour-long Bergen to Oslo train (or Bergensbanen) in 2009. The journey runs through the heart of Norway and past some of the country’s finest scenery. Yet – except for occasional archive footage when the train entered a tunnel – all it consisted of was footage from a camera mounted to the front of a train. 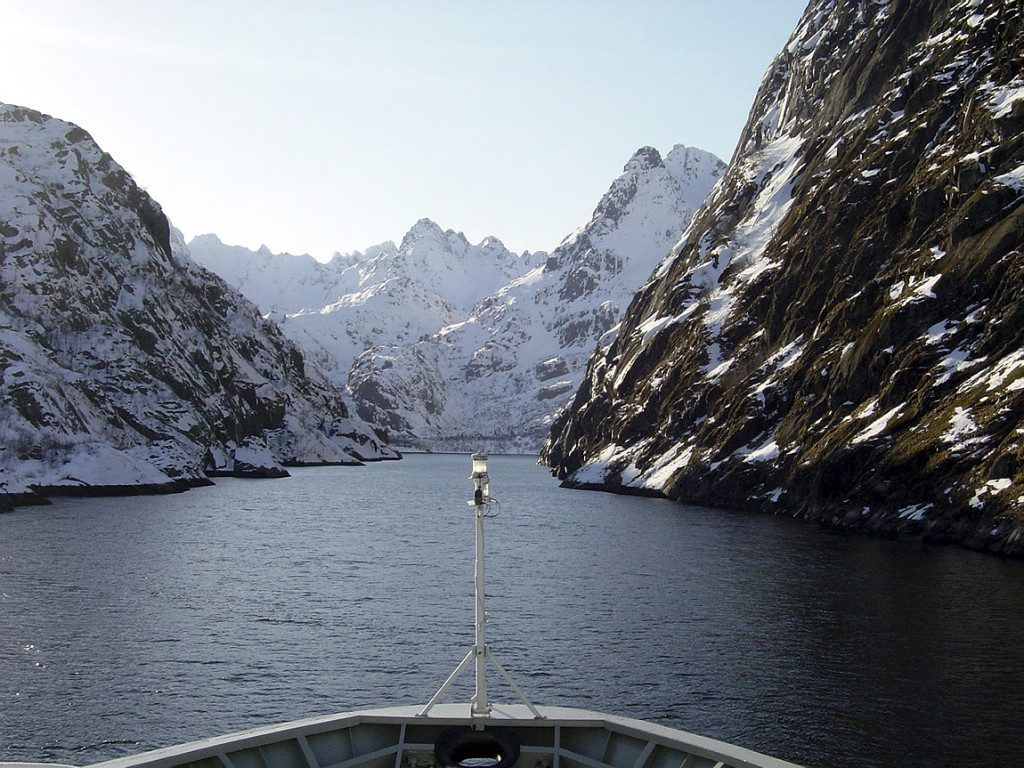 Since then, there have been programs on the mammoth passage of the Hurtigruten ferry, from Bergen to Kirkenes (134 hours or 5.5 days long), the opening day of the salmon fishing season on the Gaula river (24 hours), a boat trip along the Telemark canal (12 hours), a National Knitting Evening (12 hours), live footage from the strong tidal current of the Saltstraumen, among others.

The Slow TV programs vary in content but are all quite similar in approach. Although the Bergen—Oslo train ride had no narration, interviews and only occasional music, Nasjonal Vedkveld was much more than hours of footage of burning wood. The same for National Knitting Night; there were presenters and interviews with craftspeople musicians which took a more cultural perspective. Many of the programs are available to stream on NRK’s website, albeit without English subtitles – but, really, the words are a secondary concern. 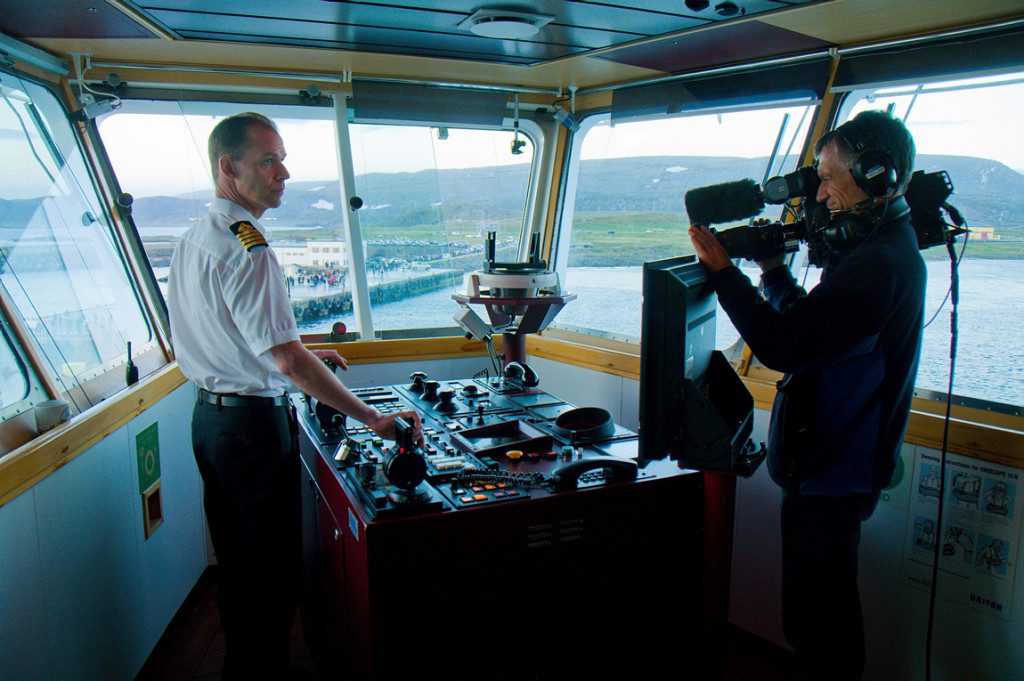 The concept has attracted plenty of media attention, most of it good natured, but it has also inspired a move to British screens. In summer 2015, the BBC launched their own version of Slow TV with a narrowboat journey along the Kennet and Avon Canal, shown on BBC4. This was followed last year by a two-hour program based around the 830 bus through the Yorkshire Dales. Other programmes in the ‘BBC4 Goes Slow’ series include the Slow TV standard of a train journey, in a signal-to-signal trip on the Flying Scotsman. More is on the way.

Like their Norwegian counterparts, viewing figures exceeded expectations (and, some might argue, sense) with an average of 800,000 tuning in to All Aboard! The Country Bus. Perhaps its popularity should be less surprising when you consider that the English have been absorbed by broadcasts Test Match cricket for decades.

Indeed, NRK’s Rune Møklebust told The Guardian agrees with the notion that it isn’t confined to one country. “Slow TV gives us a unique experience, the feeling of being present in real time and space, and I do not think this is a specifically Norwegian phenomenon,” he said.

NRK’s Slow TV has since moved onto bolder and riskier things than public transport, though “movement” still plays a part. At the end of April this year they broadcast the migration of a herd of a thousand reindeer, from Šuoššjávri to Kvaløya in Northern Norway. This was streamed live, with help from drones, a reindeer with a camera fixed to its head, Sami herders who do this every year and many hours of expert planning. It was not without its problems, though, as reindeer are not as predictable as a narrowboat, ferry, train or indeed firewood. The minute-by-minute broadcast had to be suspended so the dramatic finale – the herd’s swimming onto Kvaløya – could be broadcast as planned. 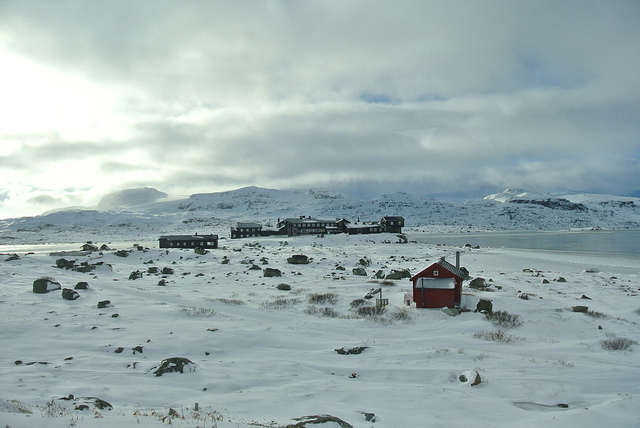 Is it not, though, a bit boring? Well, yes. But it all depends on how you look at it. Slow TV offers something else. Something beyond instant gratification and the all-too-often bemoaned low-attention span inducing habits of the 21st century. Or, as NRK’s Thomas Hellum sums up in a CBS mini-documentary: “Much of life itself is boring. But in between there are some exciting moments and you just had to wait for them.” Here’s to waiting.