In 2022, the fifty-year anniversary of the decriminalisation of male homosexuality in Norway is being marked with exhibitions and events throughout the country. The centrepiece of these activities is the Skeivt kulturår (Queer Culture Year), a joint initiative from the Queer Archive at the University of Bergen, the Norwegian National Museum and the Norwegian National Library.

While today Norway and its Nordic neighbours are recognised as some of the most progressive countries for LGBT+ rights, there was a time when homosexuality was against the law. 2022 marks the 50th anniversary of the decriminalisation of (male) homosexuality in Norway. On 21 April 1972, section 213 of the Norwegian Penal Code, which prohibited sexual acts between men, was repealed – beginning a series of social transformations which gathered momentum over the next half-century.

Strengthening the rights of lesbian, gay, bisexual and transgender people, and counteracting discrimination based on sexual orientation, gender identity and gender expression, are among the main stated aims of the Norwegian government. Artistic freedom of expression can help raise awareness of stigma and discrimination against LGBT+ communities, providing a platform for promoting tolerance and inclusion at home and abroad.

“The queer community has made a decisive contribution to our common culture, and has fought for an openness that benefits the whole of society. But the history of queer Norway has not yet been written, and we still know too little about our queer culture and history”
Statement from the organisers of the Queer Culture Year

In addition to the celebrations on 21 April itself, the Queer Culture Year presents exhibitions, discussions, screenings and seminars, across a network of cultural sites, supported by the expertise of the Queer Archive. “We hope that the culture year will make a permanent change in how collections are viewed within museums, libraries, and archives,” states Bjørn André Widvey, the archive’s senior consultant. “What we aim to do is to go back in time and look for people who lived a life or presented them self to the world in a fashion that was opposite or different to the codes of conduct regarding sexuality, gender, or behaviour, at the time.”

Below we survey some of the cultural highlights of the Skeivt kulturår, offering opportunities for reflection, education and celebration.

The exhibition Pride and Prejudice. LGBTQI+ Stories from Norwegian Cultural History  runs at the Norwegian National Library until 23 April, presenting paintings and legal documents, Biblical quotes and rock music, poetry and pornography, dirty jokes and Eurovision songs, in an expansive survey that draws on an array of books, magazines, manuscripts, photographs, films and audio recordings. The aim, states the museum, is to weave a “complex network of stories of gender, love and liberation.” 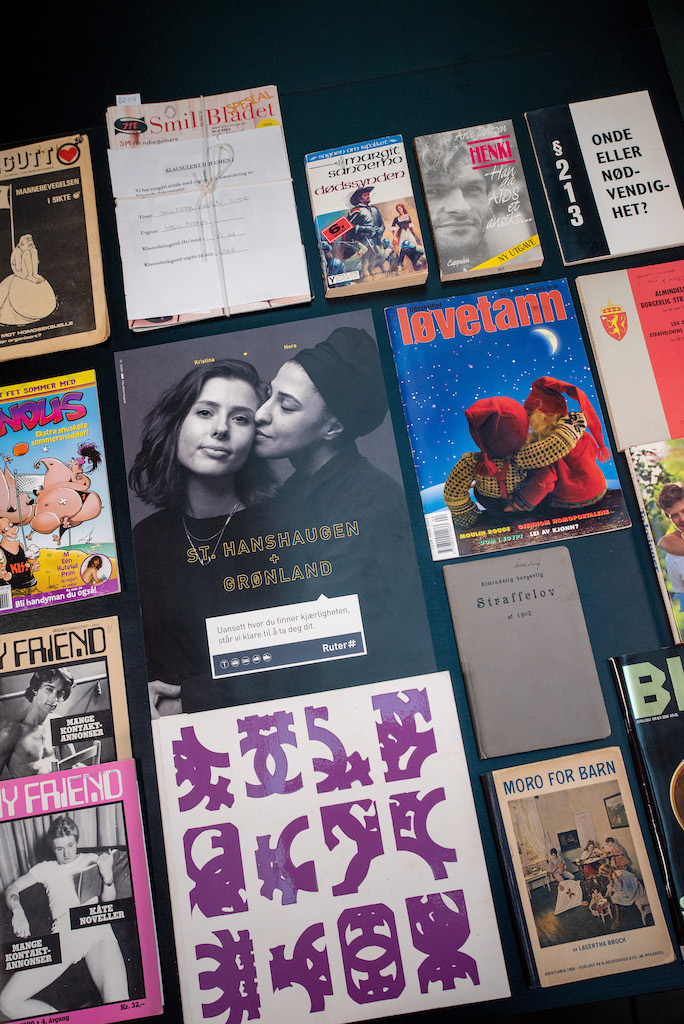 There will be further seminars and activities at the library, free and open to all, taking a queer look at – among other subjects – iconic Norwegian films and the country’s history of drag. In addition, the Norwegian Institute of Local History is publishing a book on queer local history and the National Library will produce a poster exhibition on queer cultural history for presentation at all Norwegian public libraries.

The inaugural programme for the new Norwegian National Museum, which opens in Oslo in June 2022, will include a schedule of activities including podcasts, performances, exhibition tours, talks, film screenings and exhibitions, all delving into queer art and culture. 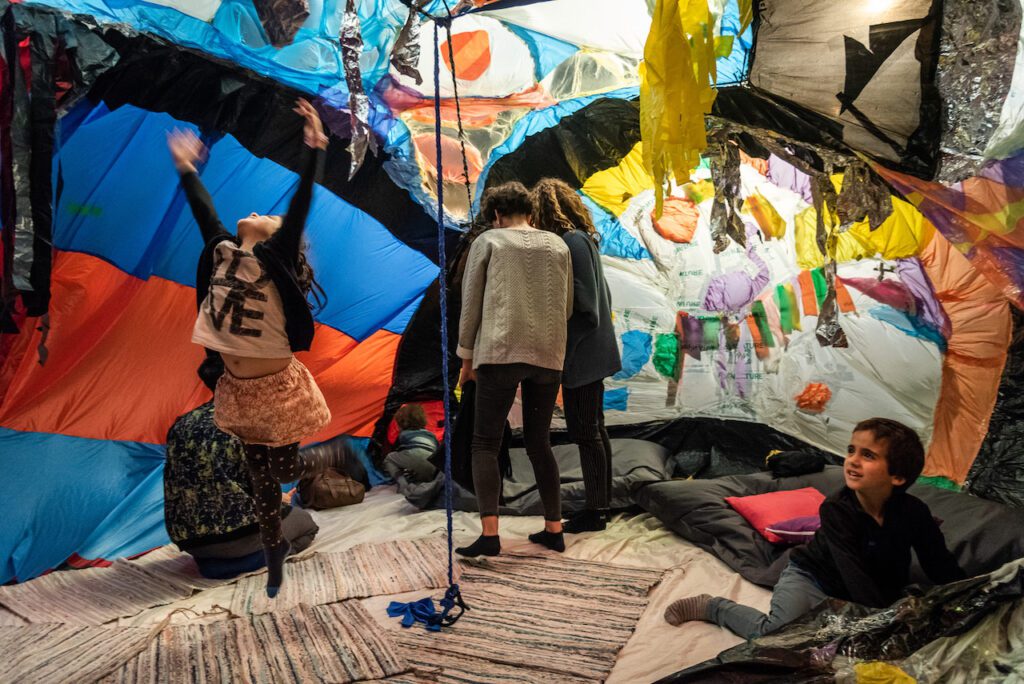 The museum will also make a queer-related contribution to the 2022 edition of the Oslo Architecture Triennale (21 September 2022 – 29 January 2023), the theme of which is Mission Neighbourhood – (Re)forming Communities. An exhibition at National Museum – Architecture situated at Bankplassen, will investigate how concepts of community have shaped architecture and urban development over the last 70 years. As part of the exhibition, the Swedish architectural collective MYCKET will create a site-specific installation. Based on research into queer spaces and the architecture of queer nightclubs, over the past decade MYCKET has created playful and performative works and club concepts using what they call a “queer-dyke-maximalist” aesthetic.

The Skeivt arkiv at the University of Bergen

The Queer Archive – Skeivt arkiv – is located at the University of Bergen, where it will have a prominent presence during 2022. The University Museum of Bergen is staging an exhibition on queer history (opens 3 June). And, in the autumn, the institution’s library presents an exhibition titled Decriminalizing History (opens 1 September) which, curator David Carrillo-Rangel observes, “aims to be a celebration of diversity but also a declaration of queer independence making visible rights and fights that still affect us.”

The university will also host a series of queer-specific conferences: Queer Identity as Political Currency (26 April); Why (Queer) History Matters (29 – 30 August); and Queer History: 2022 – And the Way Forward (27 October).

KODE is staging a variety of events and presentations to mark Queer Culture 2022. For the first time in the museum’s history an exhibition,  The Queer Gaze (1 April – 31 December), will explore the diversity of queer perspectives, stories, and identities in the KODE’s own collection. The exhibition features objects and pictures, subjects and themes, from the Classical era to the present day, all selected to demonstrate how queer experiences, often hidden away, remain a vital part of art history. Audiences will discover what happens when these stories are brought out of the shadows to take centre stage at the museum.

One of the most exciting events during the Year of Queer Culture at KODE is the Bergen Ballroom project, where KODE will team up with Carte Blanche and Mother Cassandra Meraki to offer a venue for ballroom culture in Bergen. There will be free workshops about vogue dancing, drag, and conversations about gender identity and expressions. Not least, in April the museum will hold the Bergen Kiki Ball, Bergen’s very first Vogue Ball. 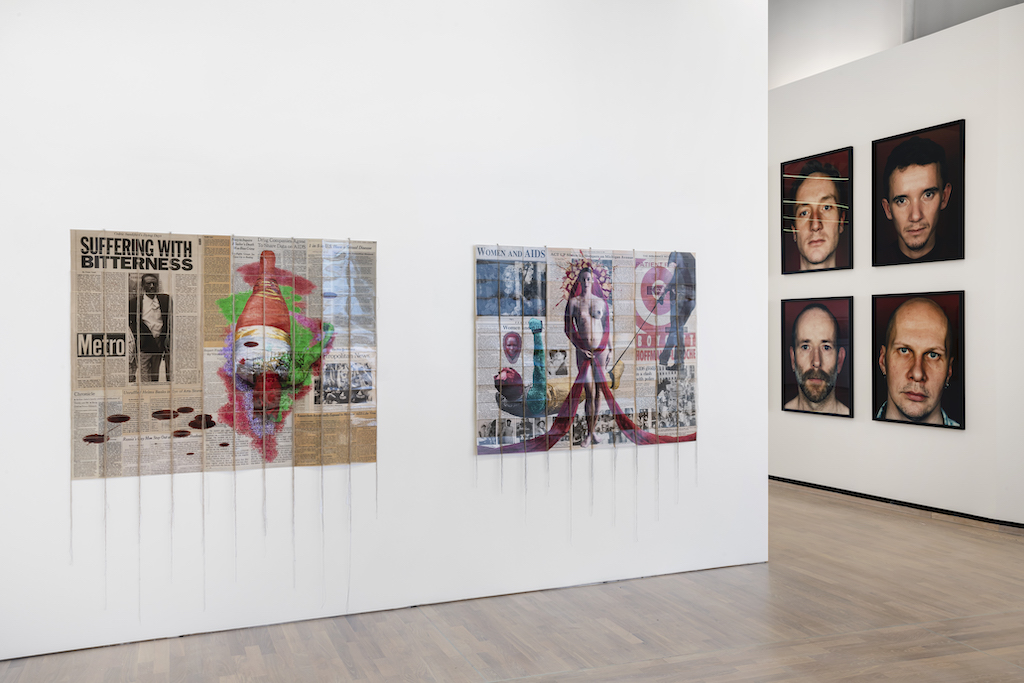 Taking its title from a series of colour prints by Nigerian-born photographer Rotimi Fani-Kayode (1955 – 1989), Every Moment Counts: AIDS and its Feelings (until 22 May 2022) at the Henie Onstad Art Centre draws together some 200 works from 60 international artists.

The exhibition re-establishes the discussion on complex historical, as well as contemporary, representations of HIV/AIDS. In addition to focusing on queer culture, it also assesses the important contribution made by the arts during periods of intense social and political crisis. 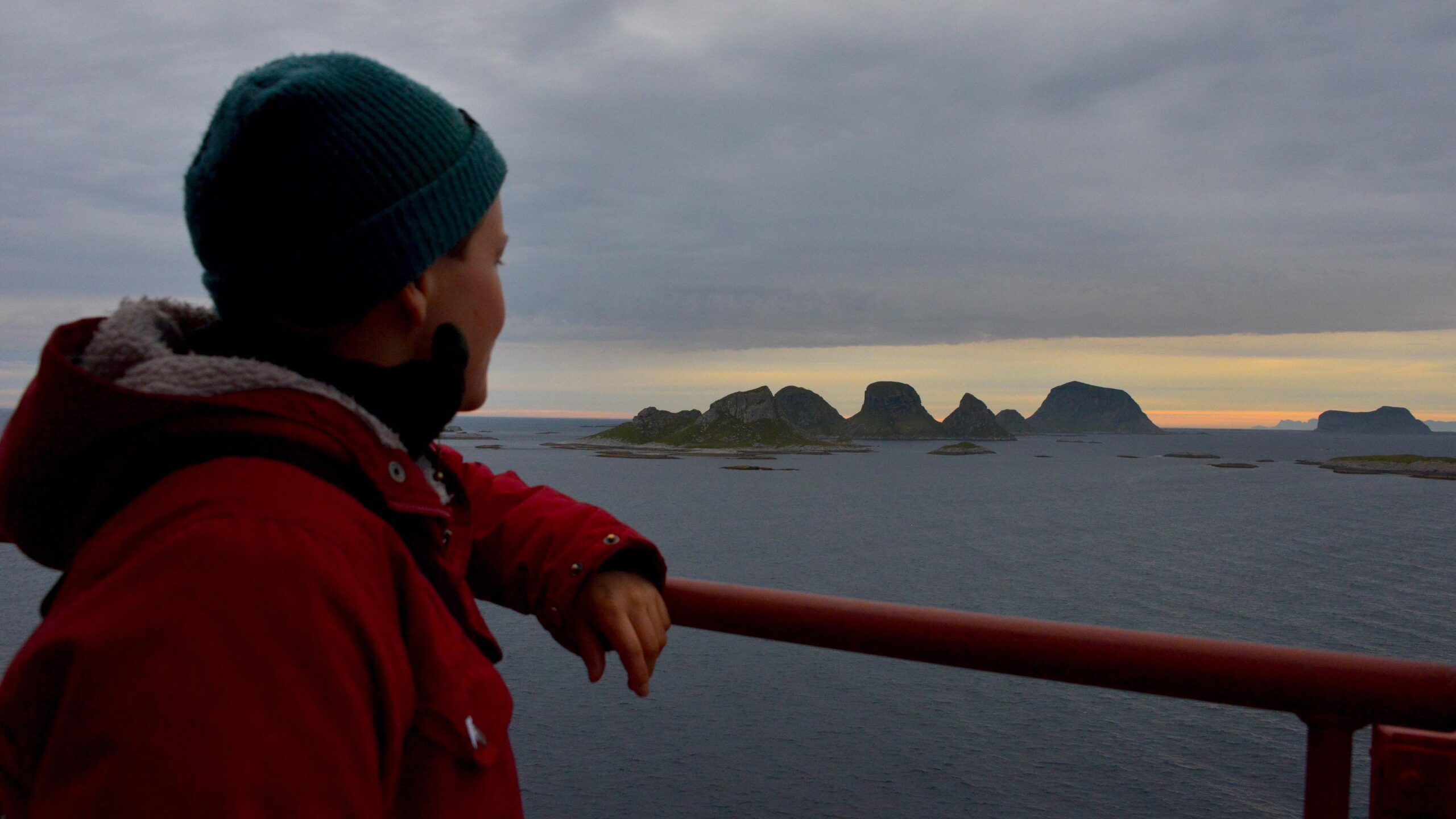 At the Kunsthall Trondheim, Knowledge Keepers (opens 1 December 2022) is a collaborative project between artists Elin Már Øyen Vister, Sissel M. Bergh and Carolina Caycedo – a group that includes women, non-binary and Sámi artists – this exhibition focuses on alternative understandings of the relationships to land and gender which existed before the arrival of Christianity, colonialism and their accompanying power structures. 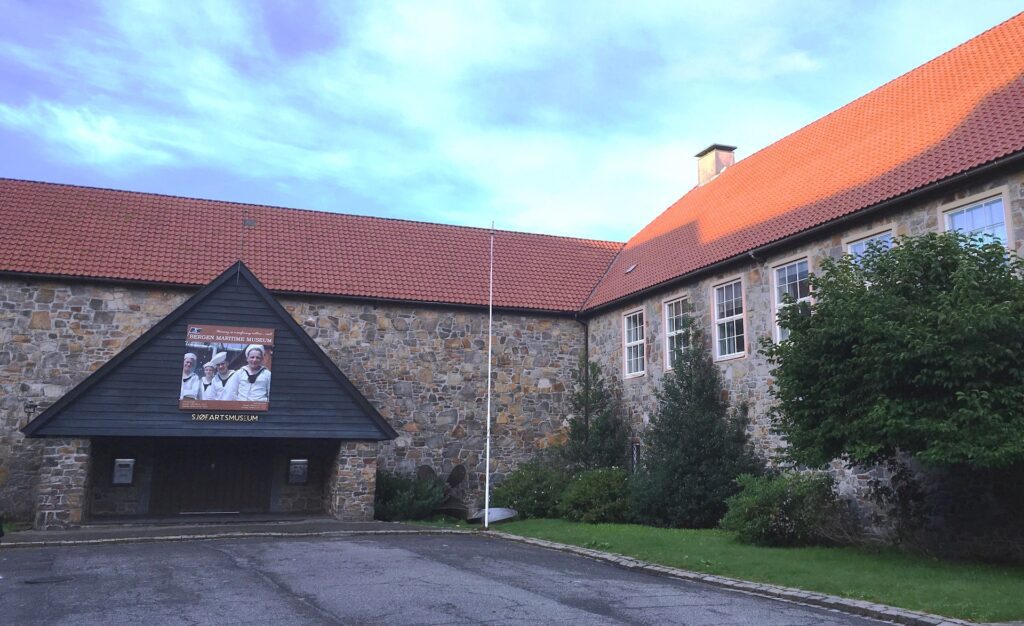 The Bergen Maritime Museum (Photo: courtesy of the museum)

Bergen Maritime Museum Queer Lives at Sea (opens mid-October): This exhibition draws on a museum research project into ‘the ship as home’. Here, both queer and heterosexual seafarers’ experiences will shed light on how, and to what extent, the ship functioned as a home for queer seafarers at a time when homosexuality was punishable on land. The exhibition will, among other things, show how the sea created a space for queer sexual identities. 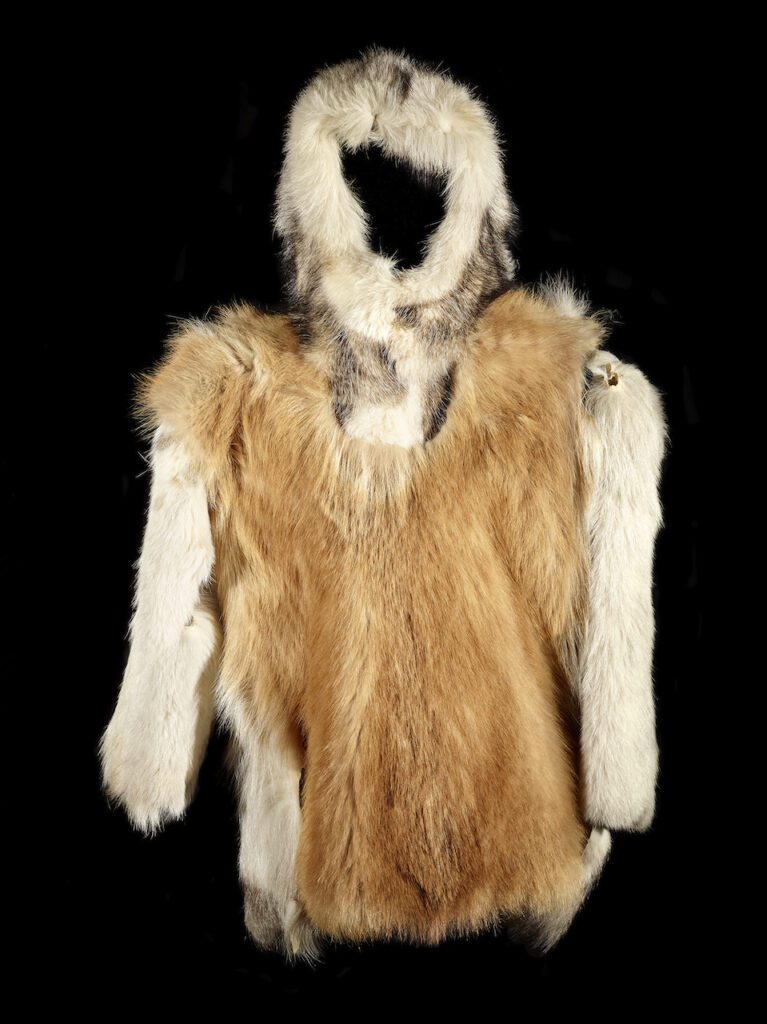 Tromsø Polar Museum The Chair, the Parka and the Rusk: Queering Polar History (opens November): This exhibition will deliver stories from the queer margins of polar history, challenging previous interpretations of objects and accounts from the Polar Museum’s collections and publications. The image above shows one object which is queered in the coming exhibition: a dog fur parka made by Tromsø furrier Johan G. Storstad (1902–1967). Storstad was part of the local enterprise surrounding overwintering trappers’ expeditions to Spitsbergen in the first part of the 1900s. He was also known to be an expert furrier, a social figure, and a gay man with a disarming sense of humor.

For a full calendar of Queer Culture 2022 visit skeivkulturkalender.no