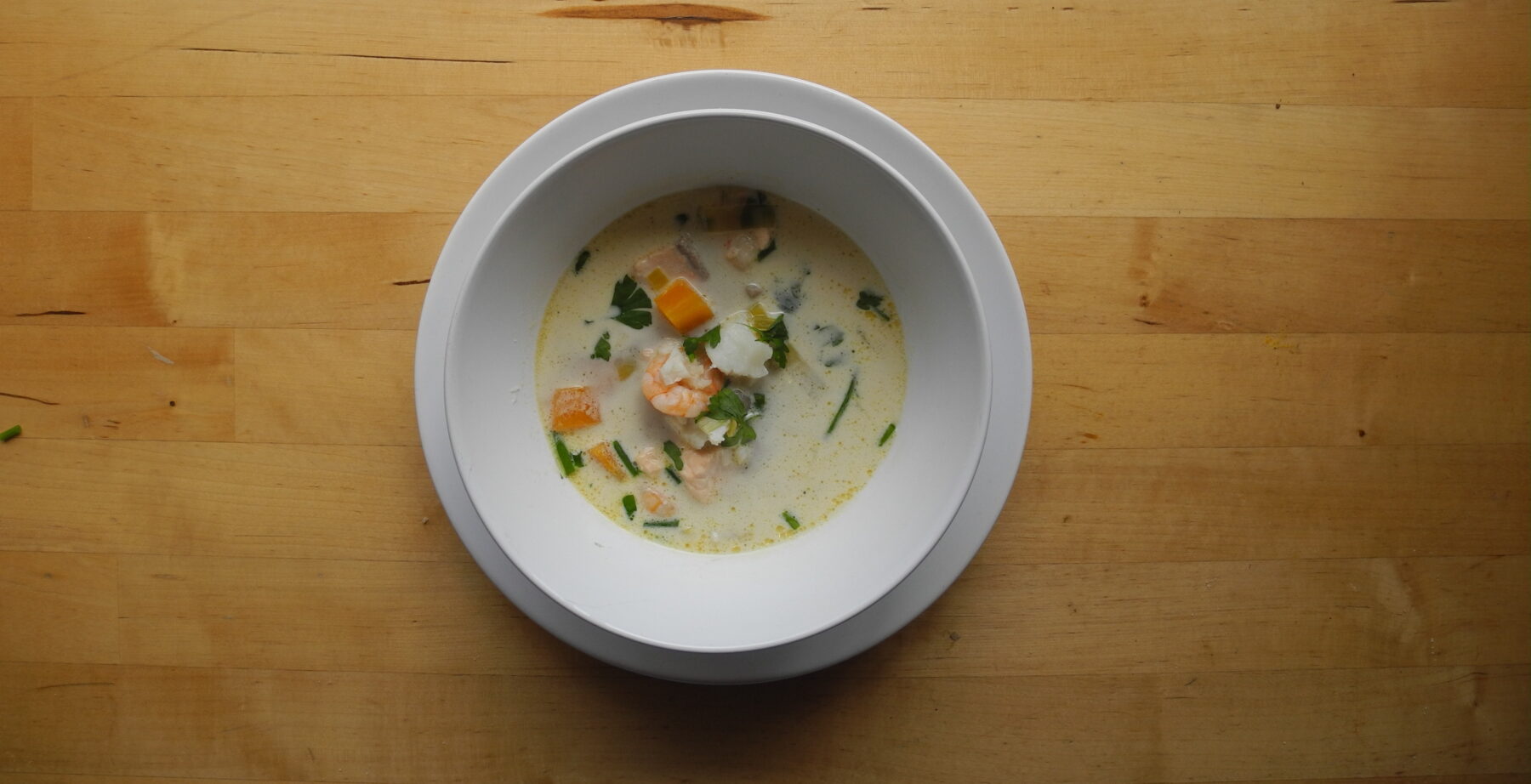 Ever-emerging expert in the Norwegian culinary art, Luke Slater, takes on yet another classic. Enjoying status as a favourite in the every-day kitchen and in gastronomic environments nation-wide, this dish is arguably a cornerstone in the Norwegian food culture. Fiskesuppe is next up.

When I began the Norwegian Staples series, I was particularly looking forward to the traditional fish dishes. If you’re looking at any Norwegian staple, fish is probably first on the list. It’s a country with seemingly endless coastline and they know what to do with a fish or two. Norway’s approach to seafood is what you hope Britain’s could – or should – be. Britain does have a variety of great seafood cuisine, true, but it’s not quite as ingrained as in Norway. Aside from fish and chips, there aren’t the widespread staples. 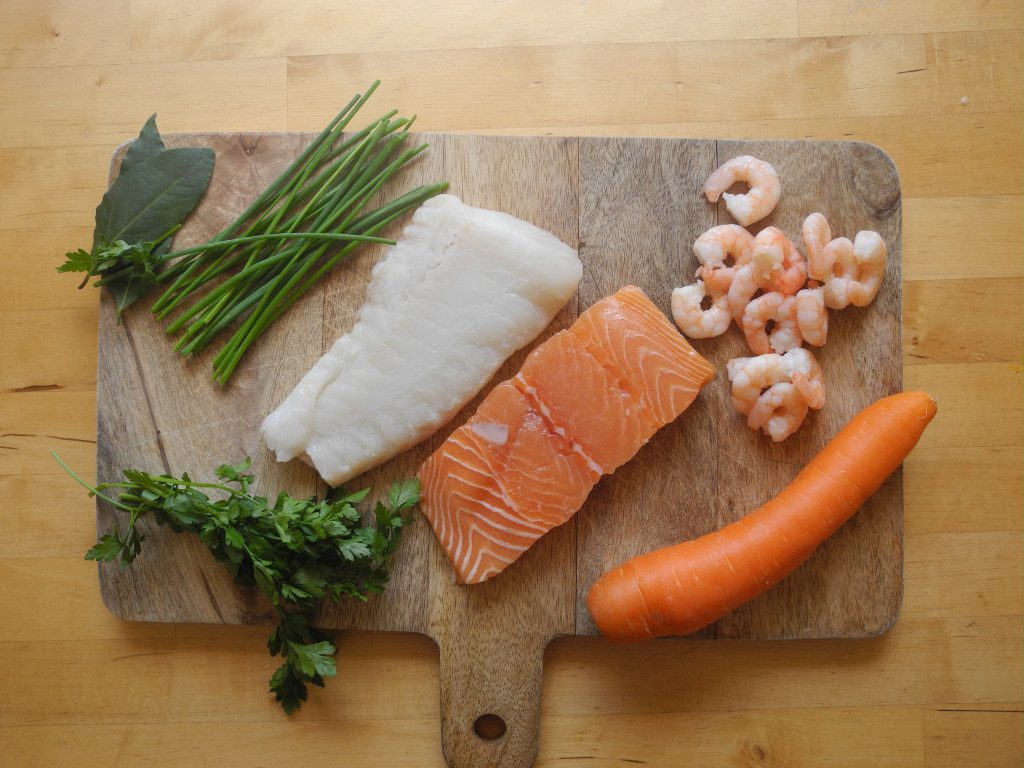 However, I was also apprehensive. Whilst fish dishes done well can be unbeatable, done badly they can be abominable. And as I certainly don’t want to waste my time cooking, eating and writing about rendering a Norwegian national favourite inedible, it makes sense to choose something on the simpler side. Step forward fiskesuppe – or “fish soup”.

As with many traditional soups and stews, there are the main and common ingredients and then the rest depends on what is available, where you’re from in the country or probably what your family has cooked for generations. The main components are fish of various types, typically cod, salmon (I use both), shellfish (prawns for me) and root vegetables. As I detest celery, I will happily use fiskesuppe’s flexibility to avoid it, though I make up for this with plenty of leek. 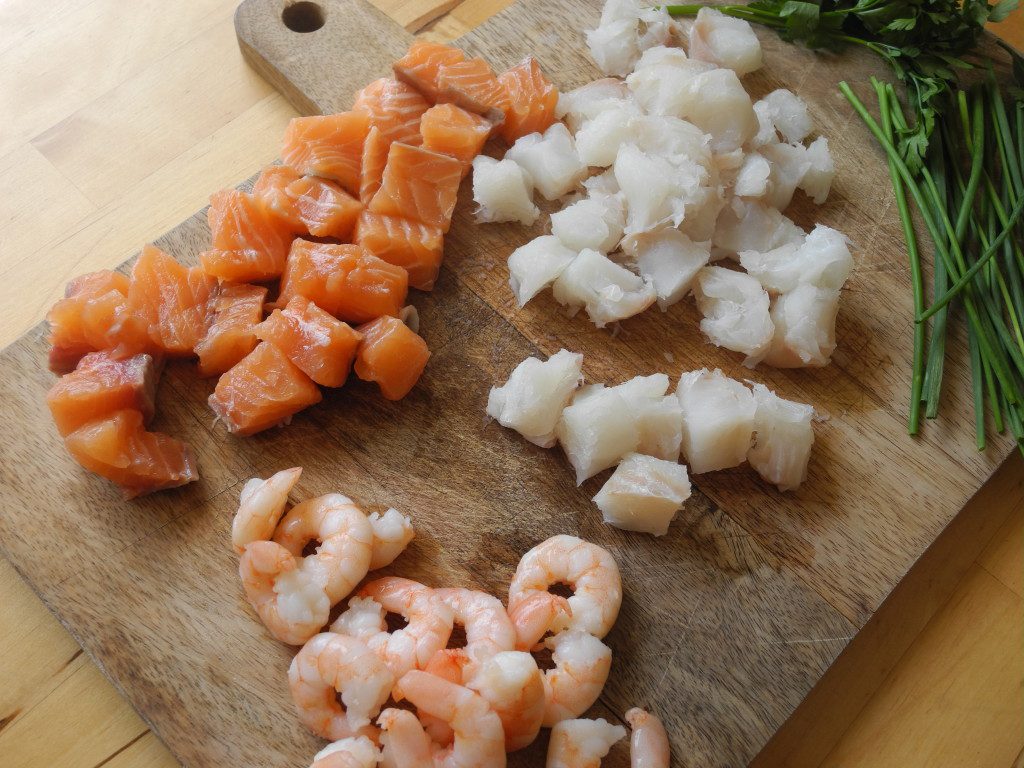 The veg (carrots and leek) goes into a simmering fish stock in a large pan, along with parsley, peppercorns and a bay leaf. Then a little dry white wine for a few minutes before a healthy helping of thick cream to thicken up the broth. Then finally add chunks of cod, salmon and the prawns. Cook until done and garnish with chives and flat-leaf parsley. Ladling the soup into a bowl, it looks like the photos I looked at for reference. Success. But you don’t taste with your eyes. 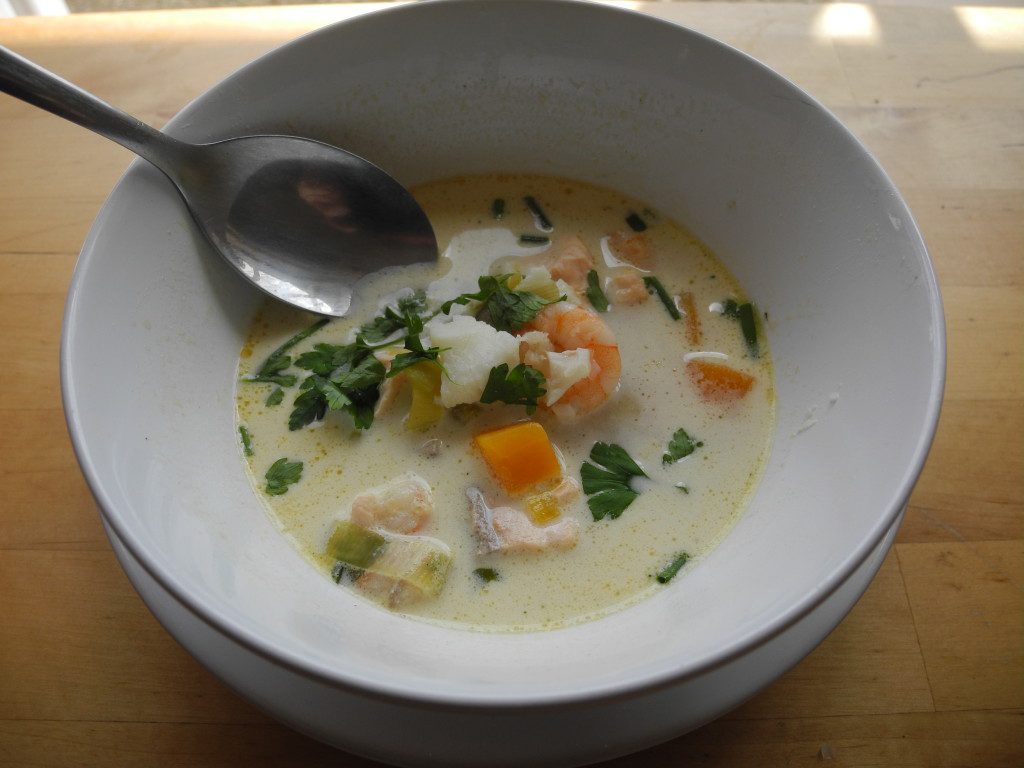 Thankfully I didn’t do too badly. The fish could have been cooked a bit more evenly but it’s not too creamy and the bread dipped in the broth is satisfying. The flavours take me back to some of my first Norwegian trips where it would regularly be on the menu. The contrast between the flaky cod, stronger salmon and vegetables makes fiskesuppe a lottery where every spoonful is a winner.