Unge Ferrari is a rapper and R&B artist, known for his catchy hooks, distinct voice and personal lyrics. Norwegian Arts spoke to him about his musical roots, his new album and going international with Norwegian lyrics.

Unge Ferrari first rose to fame in 2015 with the singles Lianer (Lianas) and Hvis du vil (If you want) from his debut EP Til mine venner (For my friends), and got his entire home country singing along. Since his debut, he has become one of Scandinavia’s most successful musical artist in his genre and has collaborated with an array of different artists. In November 2018, he released his first full-length album Midt imellom magisk og manisk (In-between magical and manical), and is now ready to take on the UK with his music. As part of his album tour, Unge Ferrari will be playing at MOTH Club in London the 12th of March.

Since this is your first interview with NA, let us start with an introduction. Who are you and what kind of music do you make?

My stage name is Unge Ferrari, but my passport says Stig J. Haugen. I’m a 28 year old man from a small town called Hamar, and I make a mix of R&B and pop music in Norwegian. I mix everything I like from different genres of music and wrap it in my own shiny paper. I like animals, music, kind people and clothes.

Even though you just put out your debut album Midt imellom magisk og manisk (In-between magical and manical) you’re a well-established artist in Norway with many hit songs. How did you start out as an artist, and how has your music evolved since?

I played around a lot in my childhood bedroom with my friend 3kk0, we made bad English rap songs in Hamar 12-13 years ago. I then became acquainted with a producer in Hamar that I worked with for a couple of years and, simultaneously, I got to know some great rappers from Horten who were really on the same page as me in regards to my musical expression. Larsiveli and Skogslosjen did a lot for me before I decided to move to Trondheim to study music. I needed a new environment, and I felt I had something in me that I needed to polish, cultivate and get better at. I met so many great people there, and I won a prize for my exam which really made me gain hope that this could turn into something more.

I met some common friends of my biggest idol Arif in Trondheim, and with good timing, luck and a little coincidence, he let me try to put a verse on his debut album, which in turn led to me being signed to the management Nora Collective. I got to play at By:Larm, had Tomine Harket on my first official single produced by another Hamar boy Thomas Jones, and I was in the studio as often as I could.

My music was well received because I had a certain vulnerability in my voice that was convincing, and I could fuck it up a little without it feeling like a gimmick. I have probably become more mature in my expression, but I feel like the things people fell for initially are still with me every time I go to the studio to work on something new.

In March you are playing at MOTH Club in London, followed by South by Southwest festival in Austin, Texas. How does it feel like to “go international” as a Norwegian artist with Norwegian lyrics?

This is one of most fun things in my entire career: that I can break out of Norway with my native language. I love England, and USA, so that I get to see the world and visit destinations I have dreamed about by singing in Norwegian is incredible for me, and something I will never take for granted. Playing gigs abroad is always exciting, you never know if two people or ten show up, but I play the same show for an empty audience and an audience full of thousands of people. Just being able to travel to these places is reward enough. And if I get an extra fan or two outside of Norway I’m soooo happy. 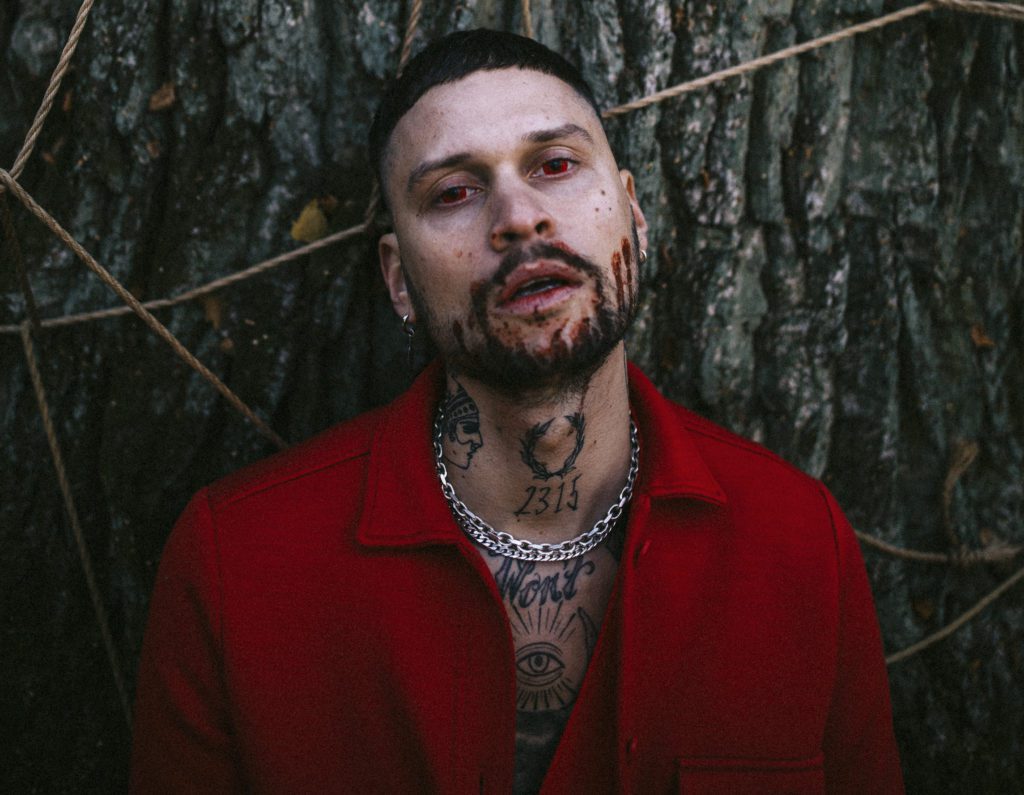 Congratulations on the ‘album of the year’ nomination at the Norwegian Grammy’s (Spellemannsprisen) for Midt imellom magisk og manisk (In-between magical and manical). How was it working on the album and what inspired you?

Thank you so much!

With this album I wanted to bring my best friend and executive producer Filip Kollsete to guide me to be even more personal, give some up-and-coming artists the opportunity to influence the sound, and for the first time I wanted to make an album based on one concept. I feel trapped in-between the title for real, and I have never been so personal before. My friends, producers and I travelled long distances to get inspiration: we were in Miami, San Diego, LA, London, Haugesund, and finally Oslo to finish everything we started.

My inspiration was everything around me, stories I had yet to tell, and collaborations I had yet to do, and just to make an album that I wanted to make such an impression with that it would live forever, and not just die in these times where it’s difficult to keep people’s attention. I wanted the level of the music to be international, the lyrics from the heart, and the sound to be weird and special.

The song Balkong (Balcony) from the new album mixes classical music with R&B, how did the song come about?

My amazing producer Aksel Carlson had a sketch with a piano part and a little melody. We sat in a house in Hollywood Hills playing around without knowing what it would become. When I look back, I think I’ve never worked that hard on a song before. I, like many others, have had tough periods in life, but I haven’t dared to write about it because I felt I wasn’t able to until now. In a total of three months we jumped in and out of the song, did little by little until we were finally left with everything except the chorus. I went back and forth, wrote maybe eight pages of text before I found what I was looking for. I think it’s important to let the music guide me, not to push it, but let it happen naturally. And it happened, even though I had to wait and torment myself a lot. The result was beautiful and the response is still overwhelming.

The music video for Balkong (Balcony) is both beautiful and brutal. What is the thought behind the video?

I let Adam Falk interpret it pretty freely. He wrote the script and put everything together. We wanted something that was pretty to look at, even without sound, and something people abroad would like without having a relationship with me or my music beforehand.

Adam found lots of nice locations in Stockholm, and over the course of three days we filmed all the scenes with help from lots of good people. The video is meant to depict me carrying a heavy burden in a slightly weird world, where I wander around without being completely aware of who I am and what is really happening around me. I am trying to clear myself of this pain, which is the blood in the bucket I hold on to.

You have collaborated with lots of artist, such as Lars Vaular, Tomine Harket, Arif and many more. Who is your dream collab?

Next on the list must be Kesi from Denmark and Veronica Maggio from Sweden. I have a big dream to do something with Post Malone, Ty Dollar Sign and being produced by Pharrell and Timbaland.

What are your plans for the future? What are you excited for in 2019?

My album tour continues until April, and then the summer festivals begins, which I’m really looking forward to. I’m going to play a few shows with my companion Arif again, and I am going to deliver the best stage performance I have ever made. Nothing is better than hearing thousands of people sing your own lyrics, and being able to travel with a gang I love working with.