Flunk have been a mainstay of Norwegian electronica since the early noughties, when they released their debut album, For ‘Sleepyheads Only’. That is now being re-issued on vinyl. 16 years later and they are still going strong, having released their eighth studio album at the end of 2017. We spoke to founding member and producer Ulf Nygaard about their last album, performing live, what they have planned for 2019 and, of course, their upcoming show at London’s legendary 100 Club in February. 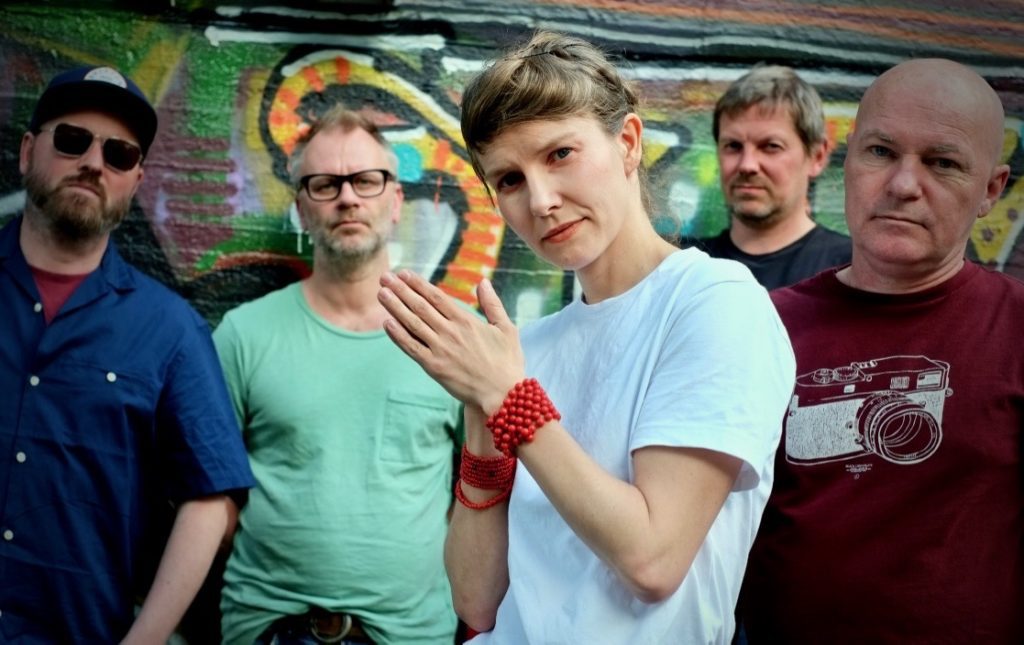 Last year you released ‘Chemistry and Math’, what have you been up to since? Have you started writing new material?

We have been touring, basically. Some of us have been working on side projects, but we also spent a lot of time on preparing for two concerts performing ‘Flunk sings’ with a 40-piece Polish orchestra. Finally, the last few weeks we have actually had time to start work on new tracks.

What was the story behind the artwork for that album?

It’s a much longer story than you would imagine. I am always taking photos of street art when on tour or on vacation, and I often use fragments embedded in our artwork. I photographed this piece off Brick Lane [in London], and we felt it was perfect for ‘Chemistry and Math’. I didn’t manage to find the artist, but decided to use it and hopefully the artist would get in touch with us. And okay it AND like it. She did after a while (an artist called C3) and I think [she] was mildly shocked about finding her piece on a Flunk album. We managed to find her and credit her with her work. So: happy ending for the Umbrella girl. C3 has replaced the piece now, by the way, so it’s gone. 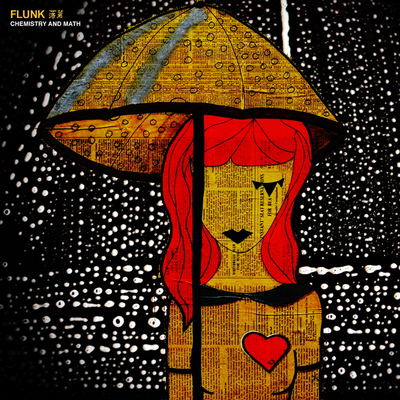 In 2016 you released an entire album of covers, how fun was that to record?

We love doing covers, and those were recorded over several years. We have a Christmas party every December, where we record a cover or two (or three), often with only one mic and pretty bad recording conditions. It’s fun, it’s a ‘recording party’.

You’ve also had a few other notable covers, are they something you’re often considering?

Doing covers is just fun. The job is already done, obviously, and since you can pick only very good tunes, it’s something you think about doing quite often. We will have a shot at one cover in particular for the next album. If we can make it shine in a Flunk way, it will be awesome!

Are there likely to be any new (or older!) covers in your upcoming set?

The current set is always evolving, so hard to say. Last concert we played ‘Blue Monday’ and ‘Only You’ (Yazoo), but there should be a chance to hear ‘See You’ (Depeche Mode). And at the Christmas party this year, we did a pretty nice version of The Stranglers’ ‘Golden Brown’.

How is it to be returning to the 100 Club? It’s one of London’s most famous venues and must be a place you love playing…

It was a great night for us at the 100 Club last time. It was unexpected to see so many people there, and combined with the feeling of playing at a legendary London club, it was awesome. I remember being at the 100 Club years and years ago, and Woody from Madness was there in the audience, which was really big for a small town Norwegian Madness fan.

This year you had a successful Kickstarter for a repress on vinyl, how did that come about and how was it to get support from so many of your fans for it?

We are a lucky band. We have very special fans, and it’s meeting them on tour and all their love (and money) that have kept us going all these years. So the Kickstarter stunt was just another thing making us move on.

What other projects are you all working on at the moment?

Guitarist Jo and drummer Erik do some gigs and recordings with an Oslo band called Wholy Martin, every now and then. Ole, the bass player, is the only full time musician in the band, and he has his solo project OK Wetten and also plays freelance. I do several things, among them launching a new project called Valium Poetry.

Is it nice to come back from those projects and then get back to write and perform together as Flunk?

The recording process can sometimes be a tiny bit painful, actually. It’s not like we sit down with a guitar in front of the fireplace, it’s a looong process. But it’s always like coming home standing together on the stage, playing our favourite songs for our fans.

The highlight this year must be hearing our songs played with the orchestra in Poland. We almost cried, all of us!