Shining are a band who have made a name for themselves with their fearless version of jazz-metal in the last decade or so. Led by Jørgen Munkeby – and his saxophone – their albums Blackjazz, One One One and International Blackjazz Society have been some of the most experimental and intense albums released, fusing, as you would expect. Three years on from the release of their most recent studio album, Shining are back with a new sound and not a saxophone in sight. Animal is still recognisably Shining but with a new slant. We quizzed Jørgen Munkeby about it all.

It has been three years since your last album, what have you been up to since?

I’ve basically only focused on writing this new album! The first demo for this record was recorded in December 2015, just two months after the previous album was released. And since then I’ve been working non-stop for two and a half years writing and recording for Animal. I’ve never worked as long or as hard on any album I’ve ever done, and I’m super proud of the results!

You said you were fed up of playing the Blackjazz stuff – did you have a set idea of how you wanted the next album to sound? Or was there some experimentation?

I think it’s important with a distinction here: it’s not entirely correct that I’m fed up with playing Blackjazz stuff. I still love playing the older songs, and I’m very much looking forward to performing a lot of them on the upcoming tour. But I was not interested in writing more Blackjazz music right now. I think that’s very different.

I didn’t have any set ideas for the album before starting writing. The Blackjazz universe had three studio albums and one live album and DVD that had documented every corner of the musical genre, so in a way Blackjazz had now grown up. It’s ready to move out of its home and to be adopted by anyone else out there who wants to play Blackjazz! 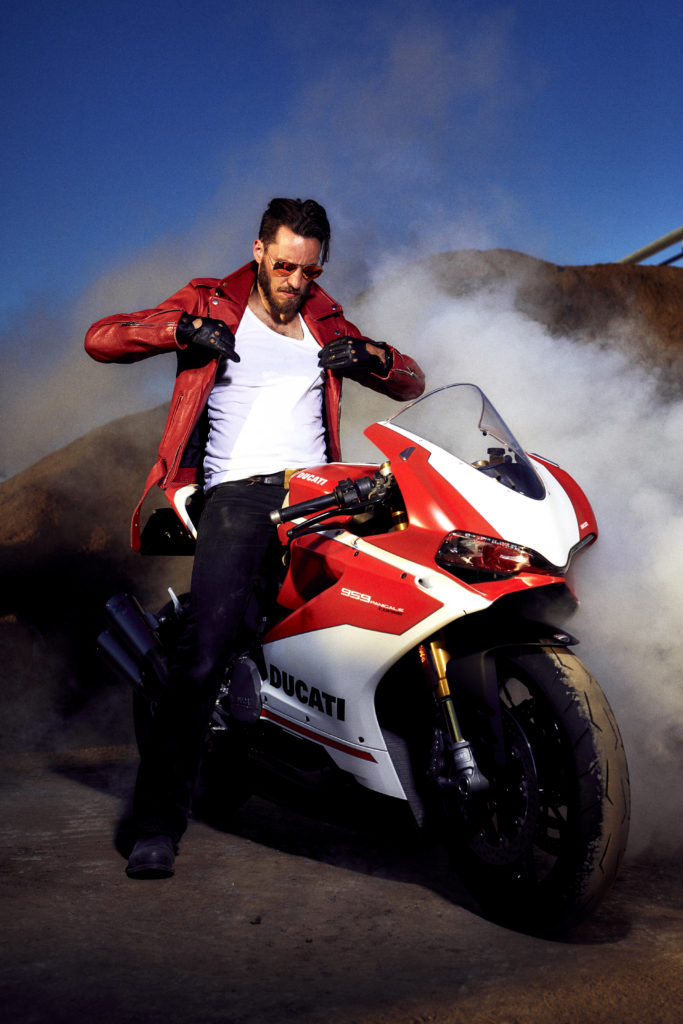 How liberating was it to write and make Animal? It’s fun to listen to and must be even more enjoyable to play…

First of all, it was a helluva lot of work making it! We tried out so many different things and styles and direction in order to arrive at what has now become Animal. But now that it’s done, I’m very proud of it, and it definitely reminds me that we can and should do whatever we want on this earth, as long as we don’t harm anyone else. Feel free! Especially if you’re making music!

What were the biggest challenges in making and writing Animal?

Personally, the vocals were the most demanding part of the process. I needed to learn how to sing in a new way, and it has taken years of hard work. I still work hard at it, because it’s harder to pull this off in live concerts night after night for a full month than it is in a controlled studio environment. But I love to learn, so I enjoy it a lot!

Was having something of a similar sort of intensity to what you have done in the past important? It’s obviously quite a change but it’s still recognisably Shining…

Yeah, we’re still the same band. People who think that we’re suddenly a new band really surprises me! Do they really think that we’ll only play new songs live? The album is just 40 minutes long. That would make for a very short concert.

Was there never a small temptation to put even a little bit of saxophone on the record?

When starting to write, I decided to not force anything. If a song called for a sax part, then I’d put it in. But if no songs needed the sax, then there was no reason to do it. This time I didn’t care what the music was supposed to be called, so having sax parts or not didn’t really matter. The only thing that mattered were making good music.

How has it been playing this stuff live – have you had anyone want you to play Blackjazz stuff at live shows?

Playing this stuff live has been awesome! We’re still playing about 60% music from Blackjazz, One One One and International Blackjazz Society, though.

Where did the idea for the lyric video for Animal come from?

The lyrics for Animal is really about the animal every human being have within. It’s about letting it out, and enjoying what it gives you. Power, lust, aggression, and drive. When it’s midnight the animal comes out!

Have your fans expressed any surprise at this new direction?

Some have been surprised. But we’ve changed direction before, and it’s the same every time. You’d be surprised by how similar comments and reviews are for this album compared to reviews for Blackjazz or One One One!

How would you sum up Animal in one sentence? If you could…

Animal is the album I’m most proud of.

Is there anything else new the fans can expect with the live shows for Animal?

I hope all our fans get to hear the new album in time for the tour, so they can scream along to the songs! Then we can expect one helluva party!

Shining’s new album Animal is out now on Spinefarm. Shining play The Underworld in Camden, London on Monday November 5.