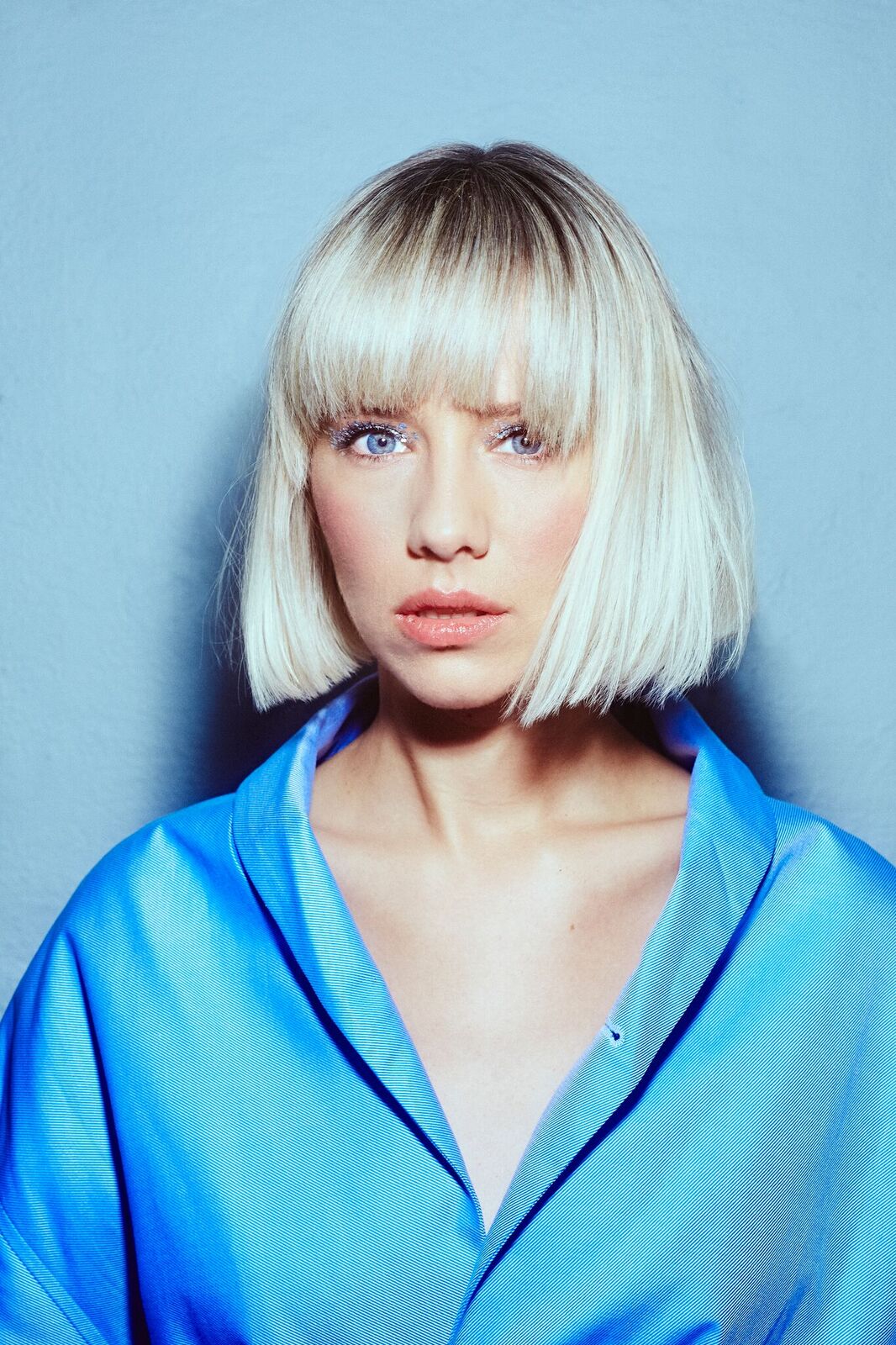 There are heavy winds crackling through the telephone wires as Norwegian musician, Dagny speaks on the phone from her hometown of Oslo. She’s back in the country’s capital after a few days performing in the Philippines. It’s not her first time over in Asia though. “I’ve spent some time in Thailand in a recording studio over there, Karma Sounds Studio”, the “creative utopia” set up by award-winning producer, musician and label founder Chris Craker. But this time around the journey was a little less blissfull for the 28-year-old pop performer thanks to her waylaid ID. “It was a little dramatic because I managed to forget my passport which is not something I normally do but people didn’t seem that surprised as it is a little bit ‘typical me’”, she lets out with an embarrassed laugh. “There were a few hours there at Oslo airport where I thought ‘OK, this whole thing just went down the drain”. Thankfully, with a new flight booked, Dagny could experience the “kind, enthusiastic and energetic” spirit of her Filipino fans.

“Music was always there so much from an early age that I didn’t notice that it was for me in a way. I didn’t come to that conclusion until I was about 16 or 17 so quite late.”

It’s an impressive tour schedule for an artist who, up until the release of her 2016 Ultraviolet EP, was all set to give up on her musical dream. “By that time, I’d been working on music for nearly 10 years. We were doing lots of gigging and writing but it didn’t really lead anywhere”, she explains over the bustle of the coffee shop she’s just arrived in. “It felt like it wasn’t giving me anything anymore so I decided to start applying for schools and maybe move back to Norway and find a new dream, I guess”. In a sort of final bid attempt to themselves, Dagny and her band members at the time (“two English musicians, Harry and Richard”) holed up for a few days in a studio in London Bridge to play out some new tracks. One of those would turn out to be breakthrough single, ‘Backbeat’. And this time, people were finally listening. “It was our digital distribution that kind of picked it up and somehow Beats 1, Zane Lowe and Apple got a hold of it. Suddenly everyone was emailing and calling, bringing us out to LA and NYC. Since the day it premiered, it’s been crazy”.

The EP also set in motion a bunch of huge collaborations from American songwriter and multi-instrumentalist Børns (someone who’s not shy of teaming up with pop heavyweights supporting Charli XCX and New Jersey force, Halsey) on hands-raised-sing-along ‘Fools Gold’ to her more recent collaboration with fellow Norwegians and EDM trio, Seeb on boozy banger, ‘Drink About’. It feels fitting to find the musician at the heart of such a cooperative music making scene having grown up surrounded by creative types. Her mother is celebrated jazz singer, Marit Sandvik, and her father is Bebop Guitars collaborator and jazz musician, Oystein Narvoll. But actually, despite its proximity, being a musician didn’t always feel like her natural career path. “Music was always there so much from an early age that I didn’t notice that it was for me in a way. I didn’t come to that conclusion until I was about 16 or 17 so quite late”.

Instead of unearthing pop gems, Dagny was far more allured by the artefacts and adventurous careers of Indiana Jones than indie types. “I wanted to be an archeologist”, she admits. “For me, that sounded adventurous and intriguing, digging for stories and treasures. It was obviously a super glamorised version, I’d probably seen too many movies”. An alarm sounds on her phone and she takes a moment to quieten the sound on her side, a little distracted at first but quickly back with her genuinely warm and candid tone. “I had a little period in my teenage years when I was obsessed with drumming and wanted to become a drummer. But the actual music and the songwriting came quite late which is weird because it was right there under my nose the entire time”. 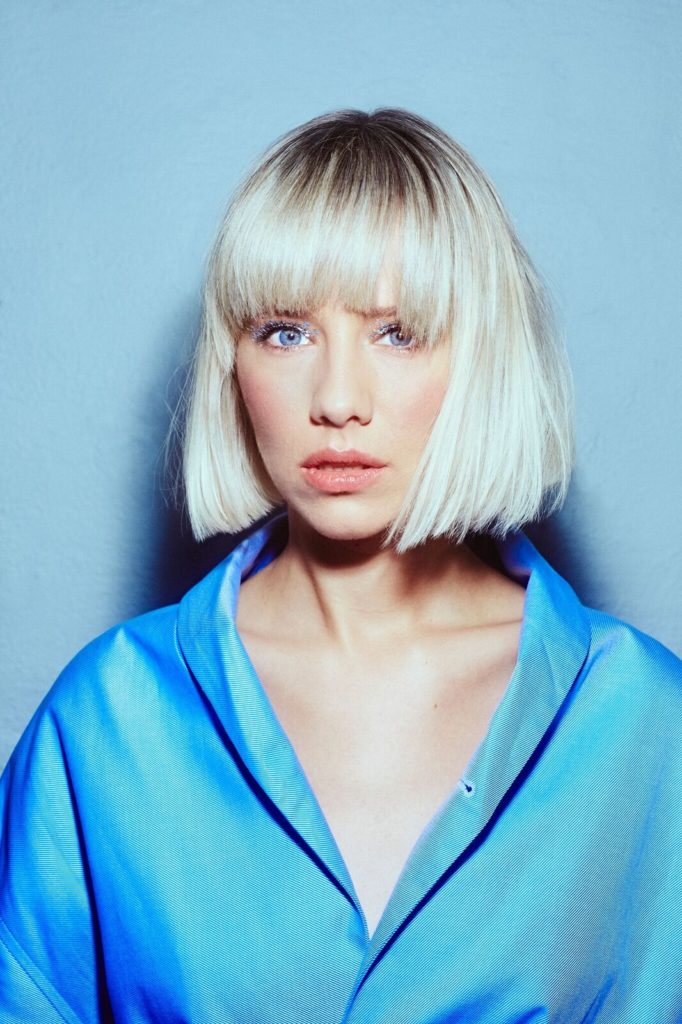 It becomes clear quite quickly on speaking with Dagny that she’s a hugely ambitious artist but with a strong sense of realism – a genuine authenticity and modesty compared to her brazen American counterparts, not a far cry from Harrison Ford’s Indy then really. “Norwegian artists want to be real. It’s not necessarily super showy, the way American pop is”. It’s certainly true of some of the acts we’ve seen come out of the country in recent years. From woodland warrior, AURORA to more recent off-kilter electronica entrants Das Body, long gone are the days of half-hearted industry sorts letting the Scandi sound past them by. Instead, AURORA looks out over her insane million-streamed empire and home-county heroes, Highasakite bagged the Best Pop Album at the annual Spellman awards. Dagny’s certainly noticed the rise in support. ”Once things started to come out of Norway – artists like Kygo, these different acts – people started looking to Norway and they realised there’s a lot of cool stuff going on here. It’s like we all sort of helped make way for each other. There was suddenly a space for Norwegian musicians to prove that we have a place in the worldwide music industry”.

She’s not wrong. Since those formative EP days, Dagny and her band have pretty much been on the road touring Europe, Asia (admittedly on separate flights) and the US, joining indie funsters Lany on their Stateside tour last November. The songwriter is aware that the live scene has dominated her plans somewhat and, as the nights draw in, she’s itching to get back to her flat in Oslo and to tackle that highly-anticipated new material. “This year was mostly going to be about releasing music but we’ve toured so much. I’m excited to step back a little this winter to focus; spending time in my flat, digging out something from within”. Presumably it’s difficult to multi-task between energetic live performances and introspective reflections on the road? “It’s hard to get in that zone when you’re constantly on the go. I need to spend some time just getting more music out there.”

“There was suddenly a space for Norwegian musicians to prove that we have a place in the worldwide music industry.”

It’s the well-worn dichotomy between the fizzing, freewheeling tour star to the artistic enigma. And for a relatively new artist, Dagny places a lot of importance on honing her craft for her but also her loyal legion of fans. “If you look at a lot of artists, even today there’s a lot of pressure that you have to be current and in people’s faces. Most musicians have a period where they take themselves away from that to focus on writing”. Whilst ‘Backbeat’ might have broken her through the sound barriers, Dagny’s sincerity and infectious self-determination will propel her into the next phase, post-winter hibernation. “Lots of cocoa and open fires”, she tells me wistfully. “You owe everyone to do that though. To make something feel real and true, the best you can make, because it all comes down to the songs and you can’t do any of the other stuff if you don’t have them”.

Interested in Norwegian pop? There’s more where it came from:

What’s jazz got to do with it?