For two decades, the Norwegian photographer Christian Houge has explored the complicated relationship between humanity and nature. This theme lies at the heart of his troubling new series about the life and death of a glacier, works that are included in ‘Forever Changes’ at Street Level Photoworks in Glasgow.

“Our current situation with global climate change and our so-called progression is resulting in disappearing glaciers, burning forests, rising sea levels, worsening storms and droughts,” Houge says. “We have also forgotten the importance of animals in culture, symbolism, myth and religion.”

Born in Oslo in 1972, Houge has used photography in exceptional ways to scrutinize those changes. He set fire to stuffed foxes and flamingos for his Residence of Impermanence series (2017- 2019), while his series, Death of a Mountain, captures a Swiss glacier draped with UV sheets (intended to halt the enormous melting process). For this series he has been nominated for the Leica Oskar Barnack Award and the Prix Pictet, and received an arts grant from the Norwegian government. 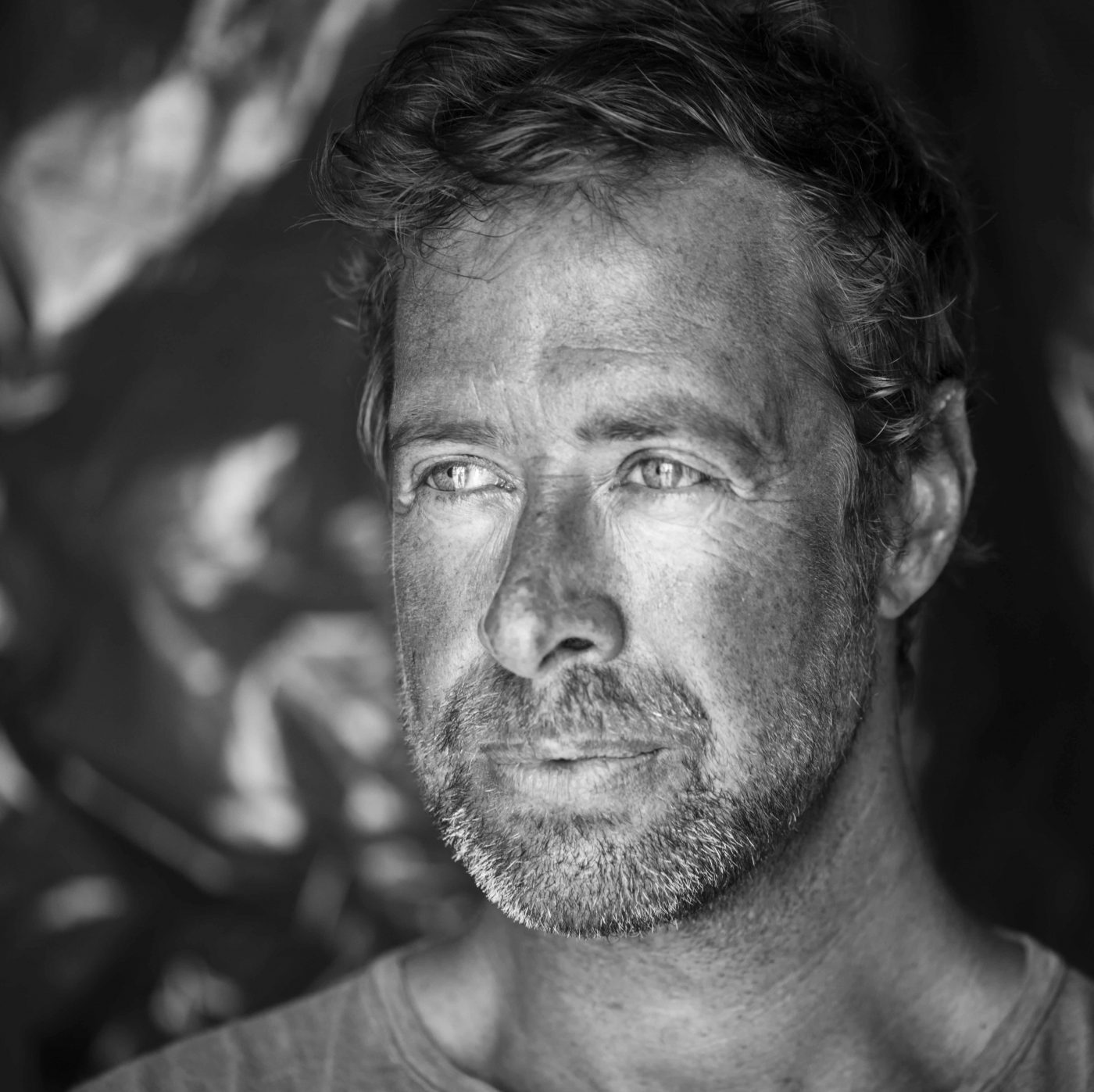 At the Glasgow exhibition, his works appear alongside those by other Nordic photographers responding to similar issues. Following its opening, Houge talked to Norwegian Arts about being an outsider within nature, photographing wolves and long moonlit exposures.

Could you tell us a little about what drives you, as a photographer, to explore humanity’s relationship with nature?

Being curious and obsessed with asking questions outside of the norm, the tool of photography has given me so much during the past 27 years. I have always felt very close to nature and I have always been an outsider, in the sense that I have been interested in things other than my immediate society. Our curious relation, and conflict, to mother nature has been a big part of this exploration throughout all my series. I often find myself in quite harsh, and otherworldly, environments trying to express some of these questions, which I want the viewers to ask themselves when it comes to the environment. 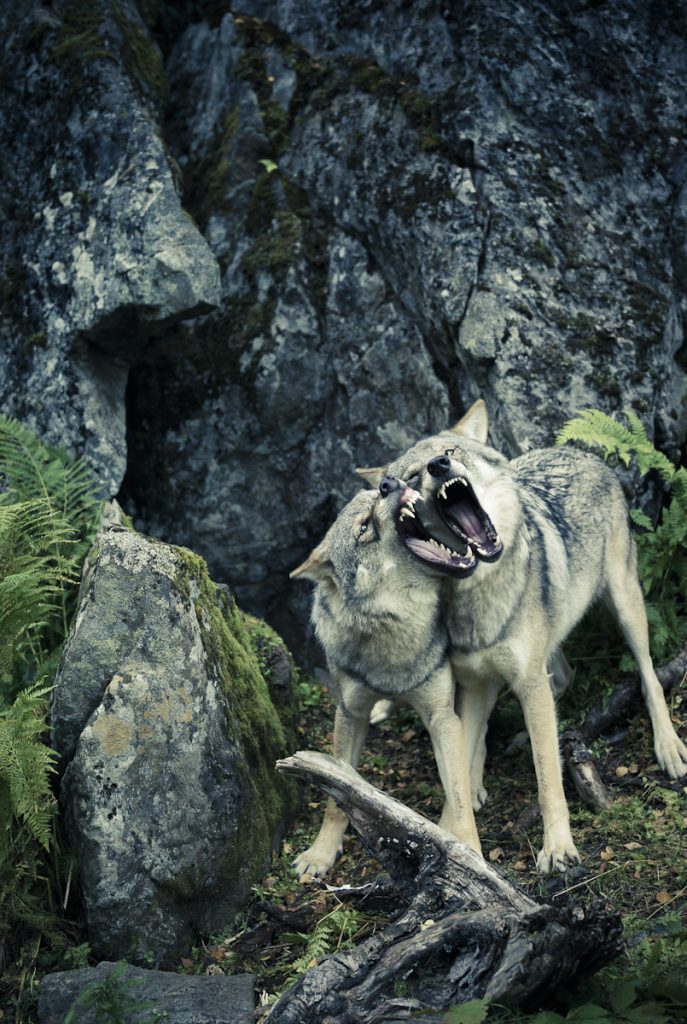 Shadow Within series by Christian Houge, 2010-13 (courtesy of artist)

My work on the remote island of Spitsbergen, close to the North Pole, lasted 14 years. I was back every year, working with high-tech installations in a very primal landscape. This outward search for answers to our environmental future was juxtaposed with another series focused on the Global Seed Vault, which protects the world’s most precious seeds. Both these series were made with analogue large-format cameras and a lot of patience – one exposure in moonlight could take up to 14 hours.

I’ve also spent three years working with wolves, this last part of raw nature which refuses to yield to Man’s progress. One of my most recent series was a performance in which I burned old rare trophy animals, closing a circle if you will, giving the animals a last breath of life before they were sent off and freed from limbo.

The past three years, I have followed up my strong interest in glaciers and made a series both in Norway and Switzerland. These were shown at a solo exhibition at Buer Gallery (Oslo) in April 2021. All of these series are meant to provoke feelings in the audience and create a dialogue. I feel that is what creates change.

Untitled 4, 2017, from Death of a Mountain series by Christian Houge

In your Death of a Mountain series, you document a very eerie landscape in the Swiss Alps. What drew you to this location?

Covering parts of the Rhone glacier in Switzerland with UV-resistant blankets to halt glacial melting serves as a metaphor for man’s feeble attempt to stop the inevitable. I worked on the glacier across several trips, from 2016-2020. It caught my attention after I saw an interview with a glaciologist explaining their effort to halt the melting process. In the interview there was a direct translation which inspired my series title. Humankind has always used these giant organisms as not only an important source for fresh water, but also as important references in the landscape, as living mountains in their own right.

Being close to a glacier, you really feel how alive they are, moving sometimes several centimetres every day. The glacial ice recedes up to 40 metres each year, melting several meters in depth, similar to the receding glaciers worldwide. Death of a Mountain examines our relationship to nature and its fragility. The series is also an homage to an ancient giant. As if tens of thousands of years culminated into an organism’s last breath of life.

As with the Shoreline (1968-69), the installation by the French artists Christo and Jeanne-Claude, my exploration of this glacier helps to re-contextualize and de-familiarize a well-known natural setting and reveal its essential form.

Untitled 10, 2019, from Death of a Mountain series by Christian Houge

What are the difficulties, practically and artistically, to photographing this kind of subject matter?

The format I have chosen for this series is a 6x17cm analogue panoramic film which requires a patient process and technical skill. The glacier keeps changing its appearance and personality, making each meeting more like taking new portraits of a person. It was important to me to make photographs that are abstractions, sometimes resembling a death veil, war-torn ruins, still objects, or wet bodies covered with cloth, providing a strong juxtaposition of both visual beauty and decay. This symbolism is further explored in the melting grottoes under the glacial ice where there is a beauty in death. I wish for the viewer to find their own association and most importantly make a series in which I am ‘humanising’ a part of nature. This death can help underlining the urgency of issues that need to be resolved.

I work with heavy analogue equipment, making the actual photography very slow and meditative. This demands a totally different way of approaching the compositions I am looking for. The right light is essential as well, being in the right spot at the right time, again and again. Of course, the major difficulty is the fact that you can hurt yourself by falling into deep crevasses. 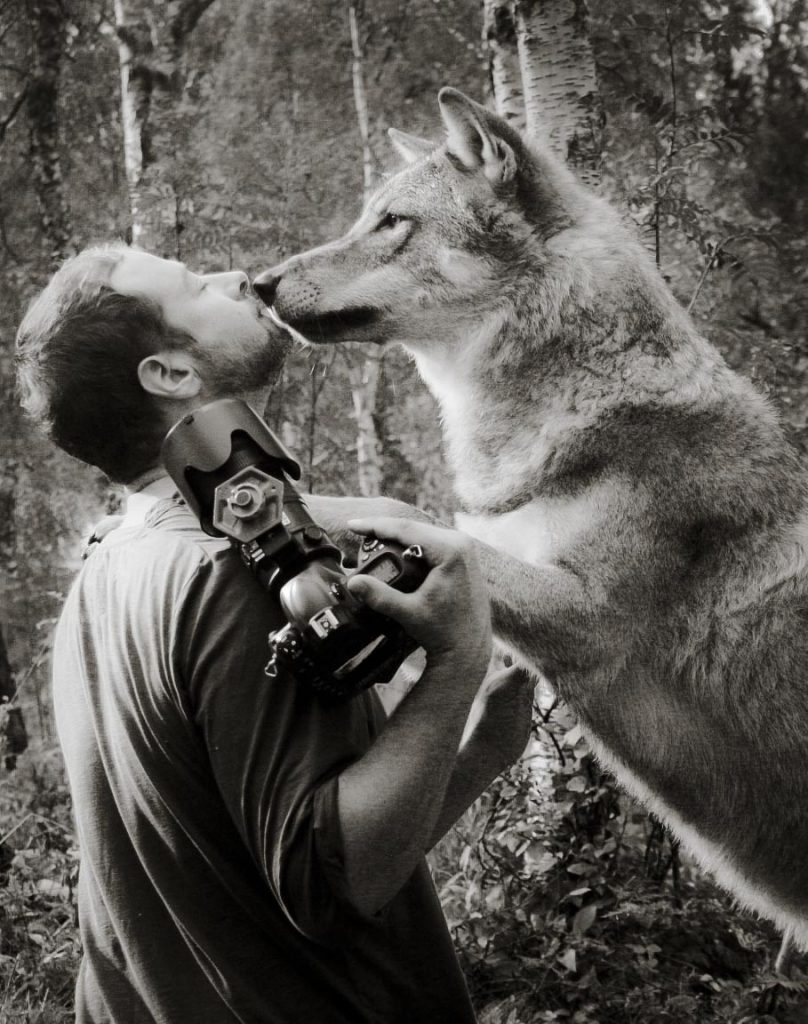 Christian Houge working on the Shadow Within series, 2010-13 (courtesy of artist)

In the Glasgow exhibition, your work appears alongside that of artists from across the Nordic region. How do you think they interact?

I feel it works well. I think it is important for the Nordic countries to come together like this and Street Level has been a great opening for more collaborations in the future. The diversity in expression of other artists is interesting. I am definitely in good company and the gallery seems to be genuine in delivering this important message. Environmental art can have a major impact on the audience, to help them see themselves in a bigger picture. This is what we need now. 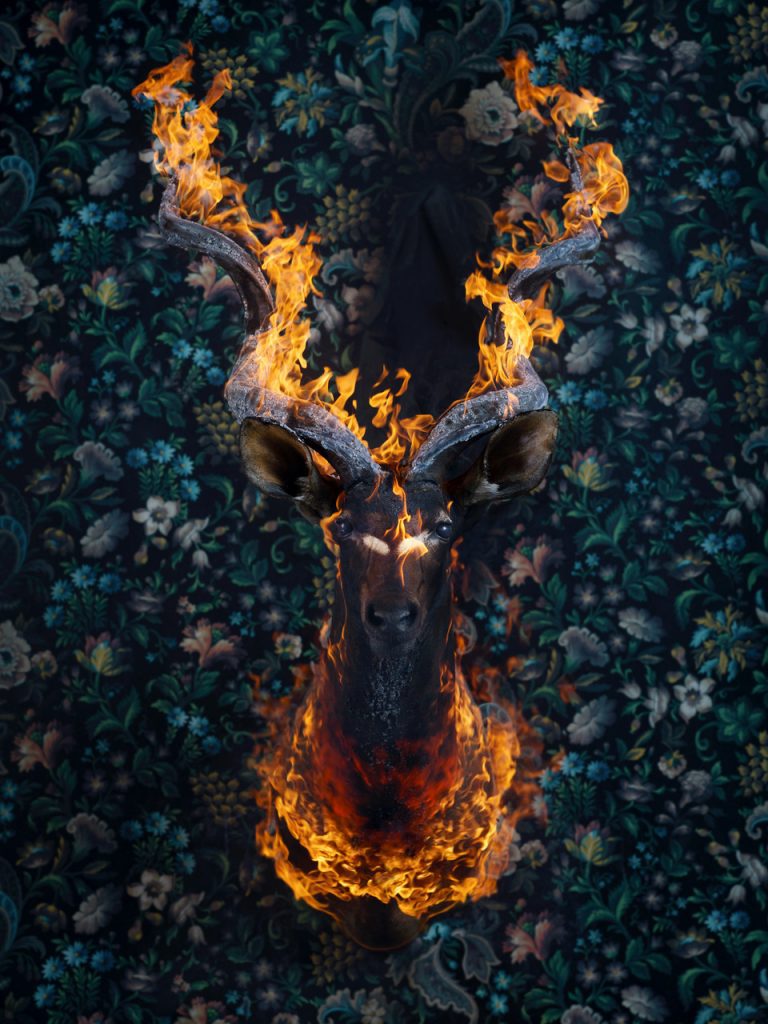 What has changed during 20-years’ work, regarding the subject and your view of it?

Well, I see that the issues we faced twenty years ago have just escalated, sometimes exponentially. I think people are starting to realise how all the dramatic environmental events are actually connected to one another. I am learning a lot from my own research, talks with glaciologists and, recently, about oceans while making large pieces for my In Human Nature series (2015-21) about the research vessel REV Ocean.

Finally, do you have a few personal Norwegian culture tips?

Norway in general has breath-taking nature. Coasts, fjords and mountains. I was on a road trip in the Lofoten Islands this summer and I was amazed at both the dramatic landscape and the beauty.

Oslo is really becoming more international, with the Deichman library, the new Munch Museum and that area, which really represents a new kind of identity. We have a more modern city centre now, while it is still only a 15-minutes’ drive to the vast forests surrounding the capital and their skiing possibilities. This is quite unique.

Forever Changes is on view at Glasgow’s Street Level Photoworks Gallery until 30 January 2022.

Top Photo: Death of a Mountain series by Christian Houge (courtesy of artist)

21 December 2021 / Christian House is a freelance arts and books writer for Financial Times, Sotheby's and The Art Newspaper. Categories