When Scottish Composer and pianist Alexander Chapman Campbell decided to take a break from music and set out on a 650 kilometer pilgrim route from Oslo to Trondheim, he unexpectedly bumped into several pianos on his way. What started out as a trail into the Norwegian wilderness, away from music, ended up in the album Journey to Nidaros, which is out beginning of next month.

First of all, we have to ask you, why did you decide to set off on an ancient 650 km long Norwegian pilgrimage route from Oslo to Nidaros Cathedral?

For many years I was interested in the idea of pilgrimage; of journeying towards a place of spiritual significance and of being open to the experiences that might unfold while undertaking such a trip. I’ve also always loved both walking and being in nature, and having visited Norway briefly as a child I knew I always wanted to go back and explore the country more fully. The prospect of all these things coming together was an exciting one!

Where did you hear about the trail?

Having decided to explore Norway on foot I simply typed ‘long distance foot path in Norway’ into my search engine, and the St Olav Way came up. 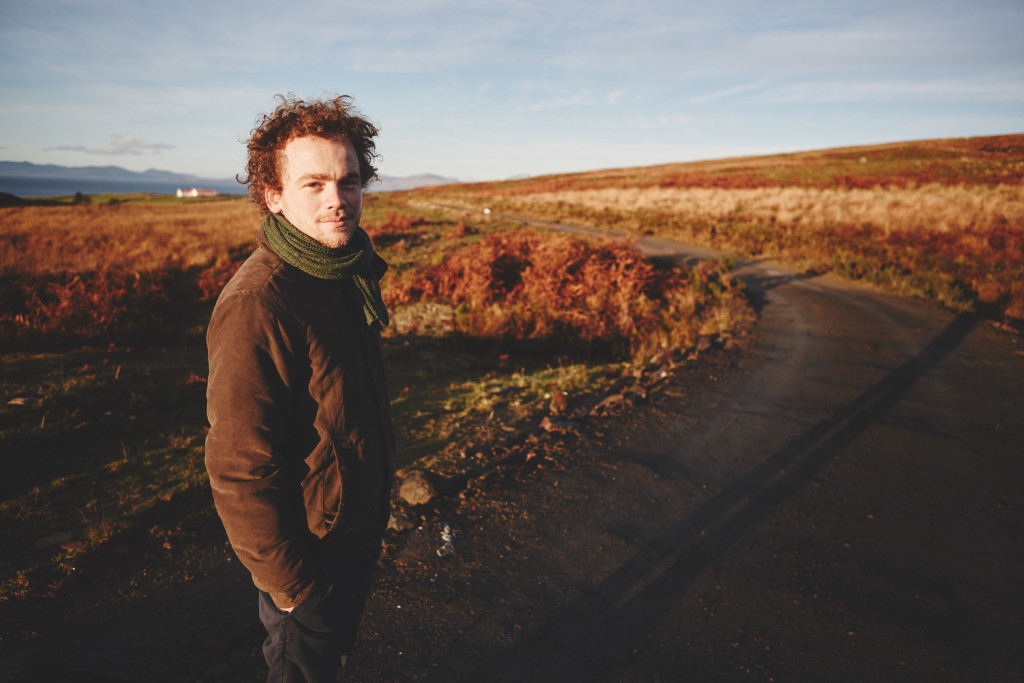 You wanted to do this trail to get away from composition and work, but then you ended up making an album of the journey instead. Can you tell us more about this transition?

Before I left for Norway I didn’t have many thoughts about the trip – I simply knew that this was what I wanted to do. I had a desire to be in wilderness, to bring a tent and cook simply with the stove and food that I carried. I wanted to be completely immersed in nature. It was planned to be a rich, beautiful and challenging adventure, to completely take me out of my comfort zone and my familiar world, and that included music. It was not that I was trying to get away from music, I just didn’t expect to find pianos in Norway! And I felt like the break might do me good; that it might refresh me and inspire me for future work. I was told I’d meet very few people during my trip, so the idea of playing pianos (which is where I always compose music – I can’t just pluck it out of the air) simply hadn’t occurred to me. But in the end I found and played over twenty pianos during the five-weeks of walking, mostly in churches or in people’s houses (I became increasingly confident in asking people if I could use their piano!). Having always been drawn to pianos when inspired or moved by experiences, I ended up being very grateful to have a chance to play these instruments and to be able to express my journey in music.

What inspired you along the way?

Travelling through a land on foot was an amazing experience. I loved the sense of freedom that it brought. I remember feeling a great sense of expansiveness and excitement, and every turn in the path offered the promise of something new and unexpected. I also have a great love of mountains, so to be amongst them day after day (especially during the middle part of the pilgrimage when my path took me through the Rondane National Park), moving from one beautiful vista to the next, offered me endless material for inspiration. 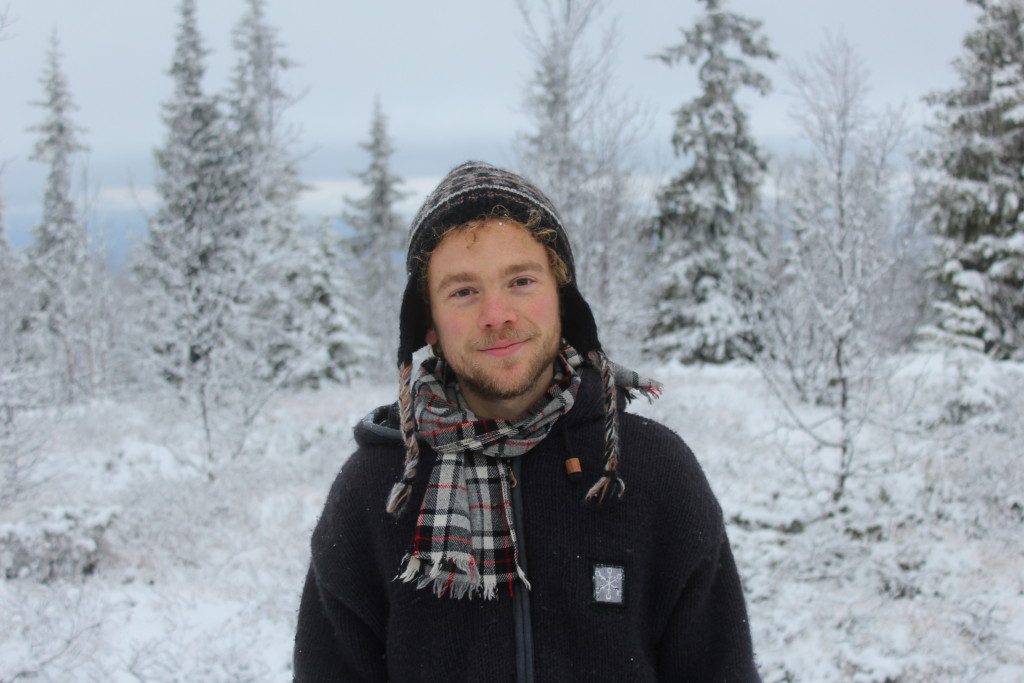 Can you tell us about your best memory from the trip?

One memorable experience was my first night camping. I’d walked all day deep into the forests north of Oslo. I found an open area on high ground to pitch my tent, and after battling with mosquitoes and having eaten a small meal cooked on the stove I retreated to my tent. Just as I was falling asleep a violent lightening storm swept out of the north and came directly overhead. My great camping spot – high and exposed – suddenly didn’t seem like such good idea! What made it worse, was my tent was designed to be held up with a walking pole, which I’d done, so that the metal point was directed straight upwards! Nonetheless, I remember feeling more exhilarated than scared as the rain and wind lashed at my tent and the constant shifting lightening created a strange glow through the canvas. Short of running into the forest towards lower ground, the only thing I could think of doing was to put on my rubber-soled sandals and crouch until the storm passed. I have no idea how much that would have helped if my tent had been struck by lightening!

When did you understand that this had to become an album, and not just a few songs?

Once the first piece was written the idea of creating a full album of music that would ‘follow’ my pilgrimage came to me, but I wasn’t sure if I’d find any more pianos. It was exciting finding each instrument, and slowly adding to the collection. 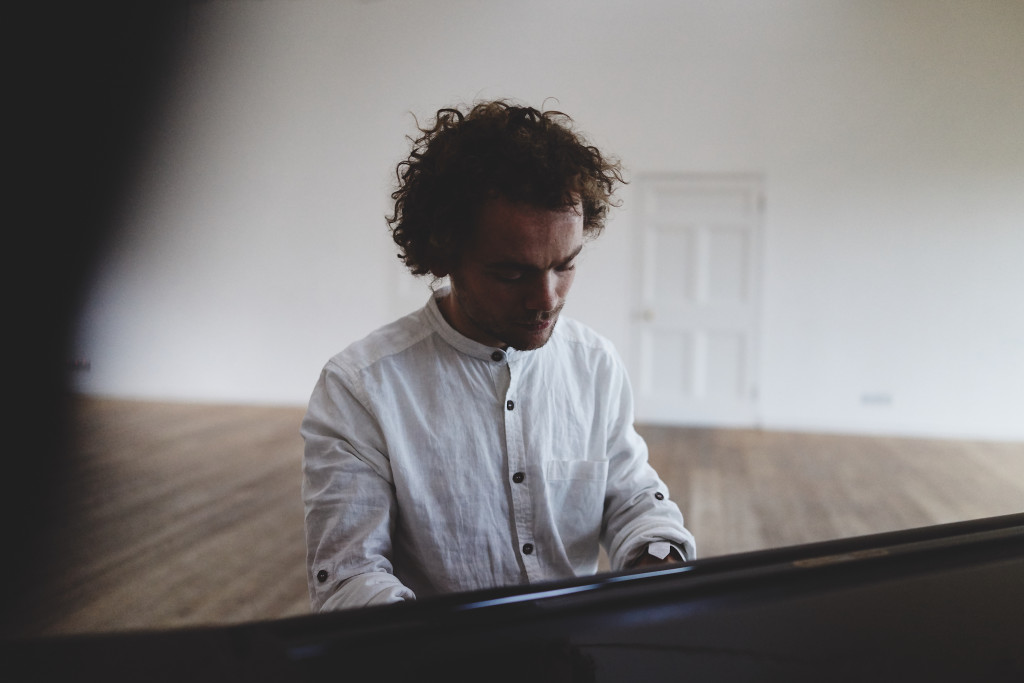 I certainly love the music of Grieg and I thought about him from time to time while travelling through Norway. But when composing during the trip I was focused simply on the moment and the experiences that were moving through me at the time. I try not to think of other music when composing, but instead to simply allow my own ideas to emerge.

The release is set to the UK next month. Have you got any plans on going on tour in Norway?

A few weeks after the release date I’m due to become a dad, so any thoughts of a tour in Norway have been postponed! But I do hope that it’ll happen some time soon.

Dont miss out on Alexander’s new album Journey to Nidaros, out 6th April 2018.

All other photo’s including top photo: Hugh Carswell