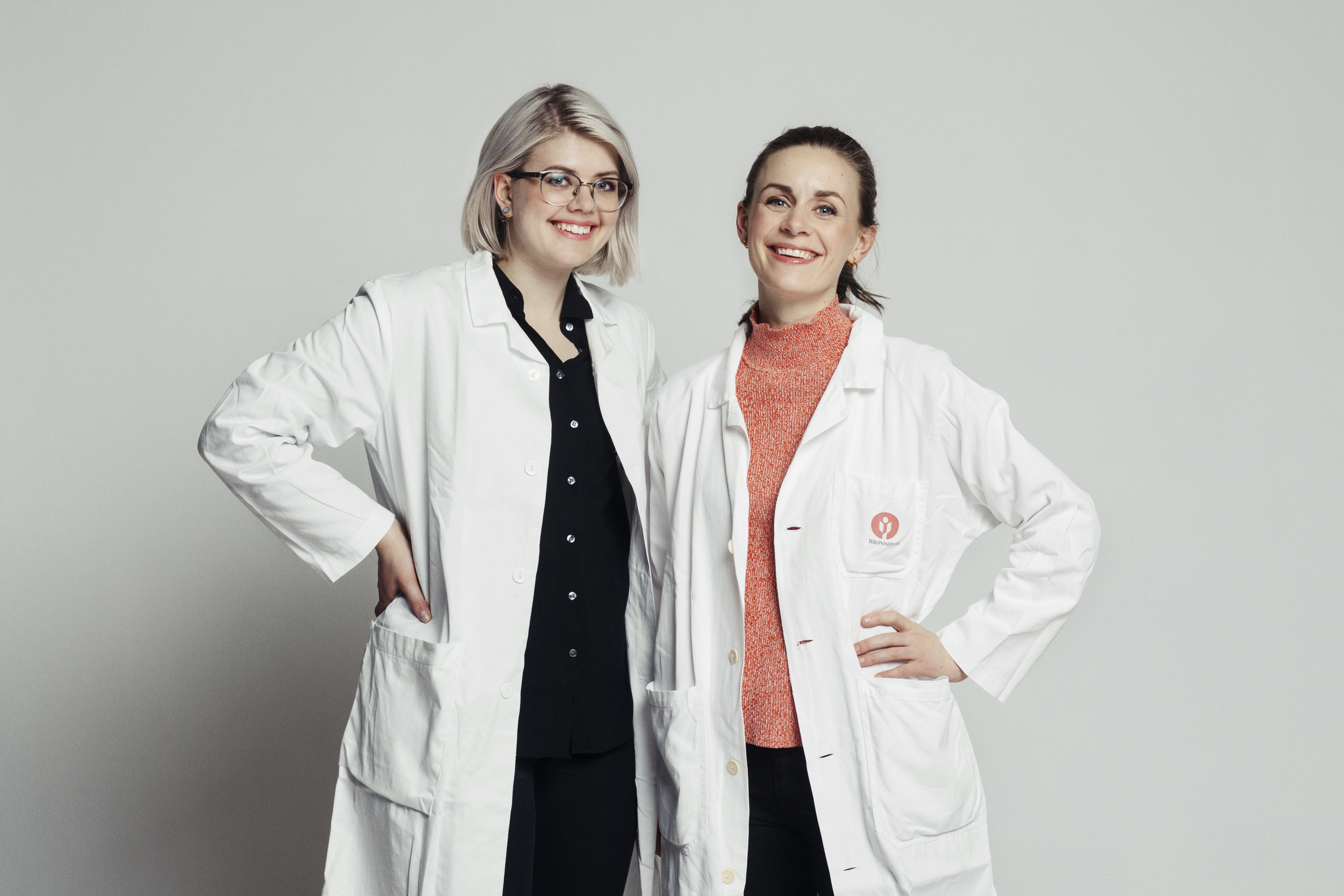 The Norwegian success book The Wonder Down Under: A User’s Guide to the Vagina has been sold to 33 countries all over the world and this week it is launching in the UK. The Authors Nina Brochmann and Ellen Støkken Dahl bring up topics many women (and men!) are afraid to talk about, like discharge, menstruation and the female orgasm, in the hope of debunking myths and bringing the female anatomy on the agenda.

First of all: What made you write this book and who is it written for?

We actually wrote this book with our friends, who are in their twenties and early thirties, in mind. They asked us so many questions about contraception, cervical cancer and HPV, sex and hemorrhoids that we felt it was about time that young women got a book like this, with all the answers to the questions they are too ashamed to ask their doctors about. But of course, there is a lot of information in this book that is maybe too “basic” for the average thirty year old woman, which we have included with teenage girls in mind. Sex for the first time, for example. We think it has turned out as a book that both young and old women can read and learn a lot from, just different parts. We know about a book club with women in their early 80s who read it  – they loved it!

The Wonder Down Under has made a considerable impact on the Norwegian debate when it comes to the female anatomy. What do you want the book to achieve here in the UK?

We certainly hope it is the beginning of a major change in medicine! Up until now, women have been underprioritized in research, medical schools, and financially over public budgets, making women’s diseases less understood and with less effective treatments. We find it pretty telling that the disease endometriosis, a disease that affects up to 10 % of women, is something we had to attain medical school to hear about. This disease can cause debilitating pains and affects fertility! If men walked around with excruciating pains in the balls, we feel confindent we would have heard about it and that it would have been a national priority to find better treatment. With the entrance of more women in medicine, we hope that the focus will be shifted and that new fields of research will grow. 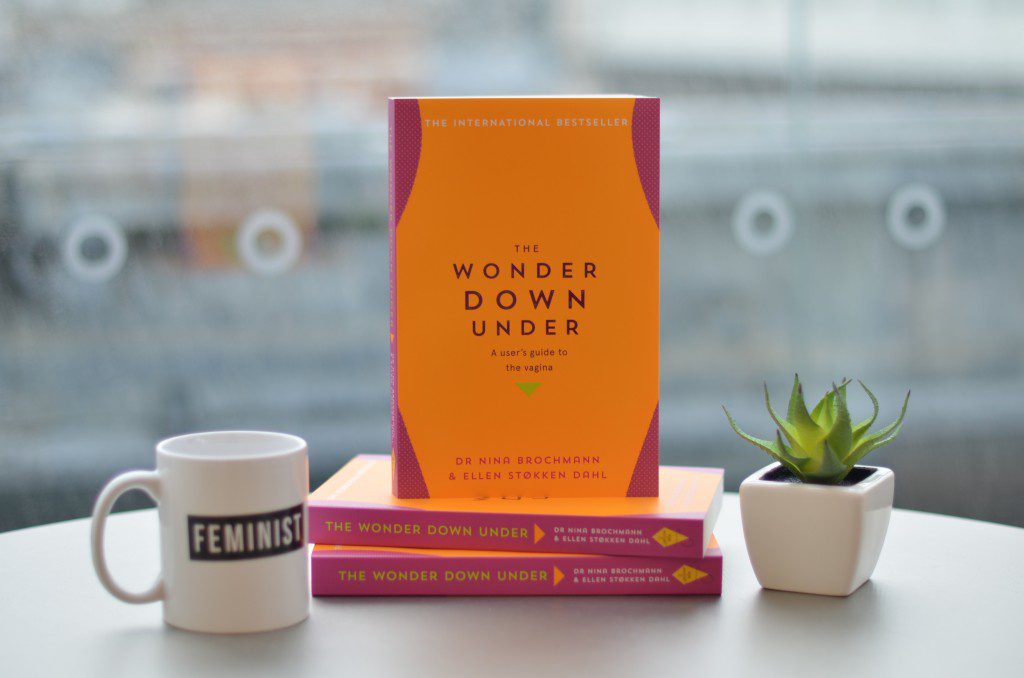 The Wonder Down Under. Photo: Hodder Marketing

Your book is written for women, about women. Should men also read your book? And if so, why?

Men should read our book if they take the women in their lives seriously, be it girlfriends or daughters! They will get a much better understanding of how the female body works and will also pick up a few tips for their own sex lives, for example the CAT position! Also, a lot of the information on sexually transmitted diseases is highly relevant for men.

You often mention different myths in the book. Why do you still think these kind of myths exist in 2018?

One of the most incredible things about writing this book and studying medicine, was to realize how much “common knowledge” about the female body is actually wrong and to see how it, despite this, continues to be reproduced in society. There are several other things as well. For example, the distinction between vaginal and clitoral orgasm is just nonsense: An orgasm is an orgasm however you achieve it. Both of us, like a lot of other women, always felt like it was more special to achieve orgasm from vaginal sex and it turns out that this distinction comes from theories coming back from Freud and his contemporaries. It’s the man who has elevated the so-called vaginal orgasm to a pedestal, despite the fact that the majority of women have their orgasms from clitoral stimulation.

What was the most shocking thing you discovered about the female autonomy whilst writing this book that you didn’t know from before?

One of the things we discovered researching for this book is that the clitoris is a huge, internal organ that has up to 8 erections per night, and that humans are about the only mammals that menstruate. It’s us, a bat and some apes. 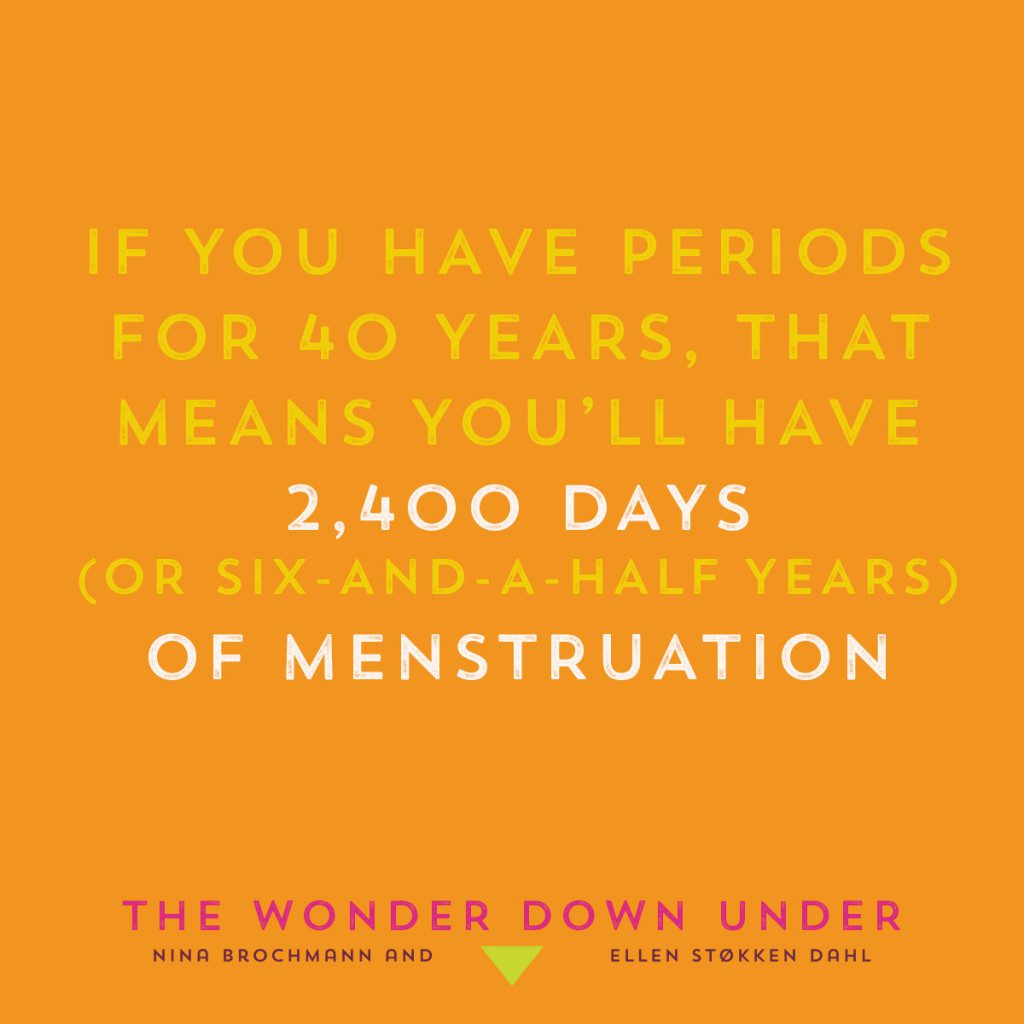 The rights of your book has been sold to 33 countries and it has already been translated into several different languages. Why do you think it has become so popular?

Our book definitely contains a lot of information that most women never talk with their doctors about, like problems with lust and orgasms, discharge and smell. Also, there’s a lot of things that women should know about their bodies that are way too complicated to talk about in a fifteen minute consultation.The fact that the book is being translated to 33 languages now, is incredible and still a bit of a fairytale for us. But when we think about it, it doesn’t really come as a shock. If women in Norway have these questions, then why shouldn’t women in the rest of the world have them?

What would you say are the most important take aways from The Wonder Down Under?

Our mission is that young women should be confident and proud of their incredible bodies! The female body is really a wonder. Also we want to provide a counter weight to all the tabloid focus on female sexuality and looks, we want to show women exactly how diverse our bodies are and help them see the beauty in it. Second of all, we want to provide them with a reliable place they can look up their medical problems and questions. Way too many women gain their knowledge about their body, their sexuality and their contraception from non-medical sources that often spread misinformation and cause more worries than help. We want to give an honest and non-judgmental guide to the female sex.

There has been talk about this book being very timely. Why do you think now is the time for a book about women’s vaginas?

We believe that the combination of a very health and body focused generation (for good and bad) and the new social media where women across the world can share experiences and information, has created a new awareness and urge for change. Young women want to be in charge of their bodies, and to do that, they need proper information. We meet girls and women all the time that have very basic questions about how their bodies work, so sadly it does not seem like we are finished yet.