Well-known as one of Britain’s most famous art curators and directors, former co-director of the sucsessfull Serpentine Gallery, Dame Julia Peyton Jones, is now ready to showcast one of Norway’s most famous and controversial  painters, Bjarne Melgaard – opening at Thaddaeus Ropac Gallery in Mayfair.

Why did you choose Melgaard, and what is it with this artist that trigged your interest?

Bjarne Melgaard’s engagement with painting, sculpture, drawing, installation, architecture, fashion, literature, film as a gallerist and curator as well as a cultural commentator makes him one of the most interesting practitioners of his generation. His work has not been seen in London since his important exhibition at the ICA in 2012 and it is timely that Galerie Thaddaeus Ropac is showing a new body of work completed since he returned to live in Oslo after a prolonged period in New York.

Where did you first discover Bjarne Melgaard?

I have been conscious of Bjarne’s work for some time. However, it was his show at the ICA in London, with all its ambition and complexity that underscored his importance for me. 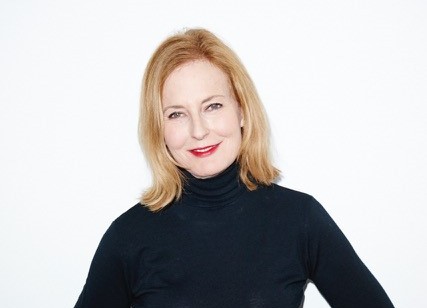 “Bjarne’s vision is a singular one and like all artists his work is unique”, Dame Julia Peyton-Jones tells Norwegian Arts.

How does Bjarne fit in under Galerie Thaddaeus Ropac’s profile?

Galerie Thaddaeus Ropac represents a roster of artists from a range of backgrounds that cover various concepts and techniques; everything from Joseph Beuys to Antony Gormley to Bjarne himself. The Ropac programme is constantly evolving to incorporate young, active and, in Bjarne’s case, ‘radical’ artists. Displaying Bjarne’s work concurrently with that of Sturtevant, a similarly pioneering artist of her day, perfectly exemplifies the Ropac profile.

What can Bjarne, from your point of view, supply to the modern art scene?

It is Bjarne’s appetite for culture in the broadest sense and his engagement with a range of cultural forms from painting to fashion to literature, that makes him such a fascinating artist. It is remarkable to think that he has written 14 novels, and is incredibly active and respected on an international stage. His work exemplifies his engagement across art forms and across cultures.

Bjarne’s work is also incredibly intimate. The physical exhibition here in the London gallery Bodyparty (Substance Paintings) is an introspective body of work and Life Killed My Chihuahua, the virtual extension, is a digital insight into Bjarne’s practice presented via the gallery’s Instagram platform (@thaddaeusropac). There is a rare honesty in his art that, through this digital time capsule and its innovative curation, will leave a lasting impact on the art world whilst drawing intriguing connections between London and Oslo.

Which artist would you compare Melgaard to, here in the UK?

Bjarne’s vision is a singular one and like all artists his work is unique. England has many important artists and it is exciting to present Bjarne’s work in the context of London and in particular at the Galerie Thaddaeus Ropac, which is situated in the heart of the city.

Do you have any upcoming projects at the moment, or visions for new curator projects?

The work of the Gallery is incredibly varied and dynamic with an exciting year ahead. I shall be engaged on a range of projects and I am greatly looking forward to seeing how they will play out over the course of 2018.