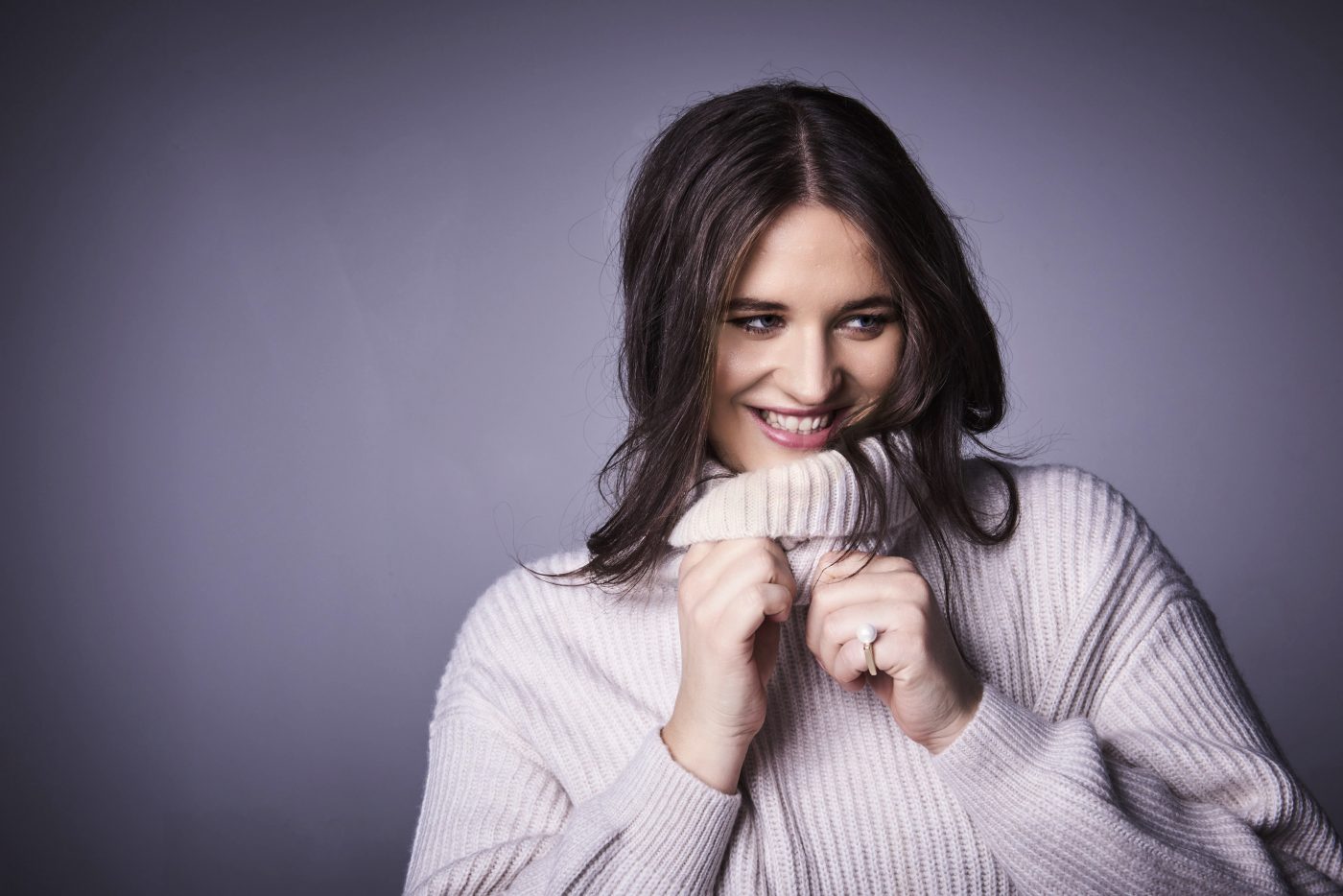 Following a whirlwind few years, Norwegian soprano Lise Davidsen has found herself back in Oslo waiting for the coronavirus crisis to abate and the opera world to open up once again. Andrew Mellor chronicles her meteoric rise and asks her what she has learnt from life in lockdown.

In January, the soprano Lise Davidsen moved back to Norway after almost a decade away. She was settling into a new apartment in Oslo when she travelled to London to sing the role of Leonore in Beethoven’s Fidelio at Covent Garden. Not long after the production opened, it was closed by Covid-19. The world then shut down too. Davidsen made it home a week later, and has been at home since. “This is the longest I have been in Norway for twenty years,” she says. 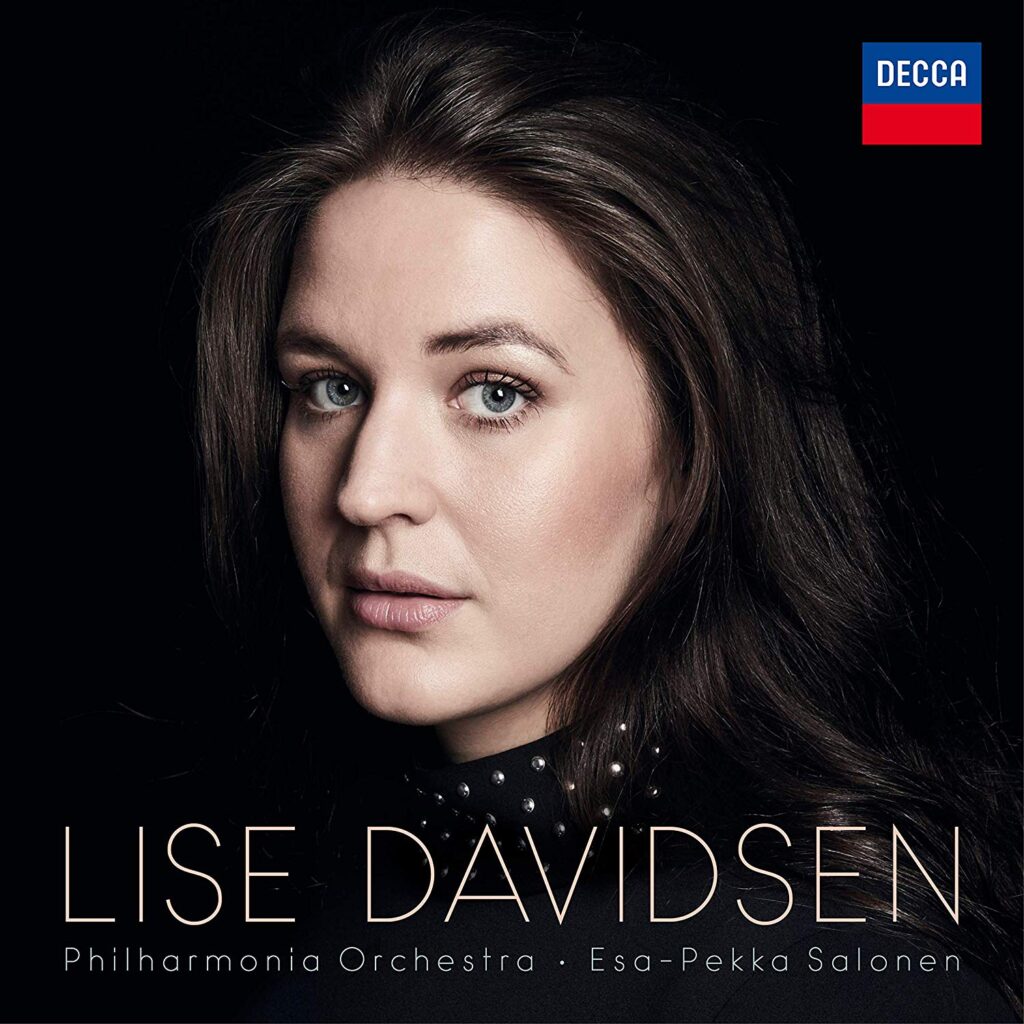 In July and August, Davidsen was due to be at Bayreuth in Germany, singing principle roles in two Wagner operas – a mark of how far her career has come since she graduated from the Royal Opera Academy in Copenhagen in 2013 and won the Operalia Competition two years later. “I didn’t have any work that summer, so it was just a matter of going along [to Operalia] and singing,” she recalled when we first met, in 2016; “I was the weird Norwegian one in the corner.”

Victory, and the ensuing chatter, moved Davidsen’s name to the top of the opera industry’s most-wanted list. But for the following few years, she played it cool. Her first major appearance on opera’s beloved summer festival circuit came at Glyndebourne in 2017. The role was Ariadne in the Strauss opera of the same name. “One of the greatest voices I have heard,” concluded The Observer’s critic. Most audiences who hear Davidsen’s voice are taken aback by its clarity, its presence, and its fulsome smoothness born apparently of another dimension. It is as splendid as it is uncomplicated. 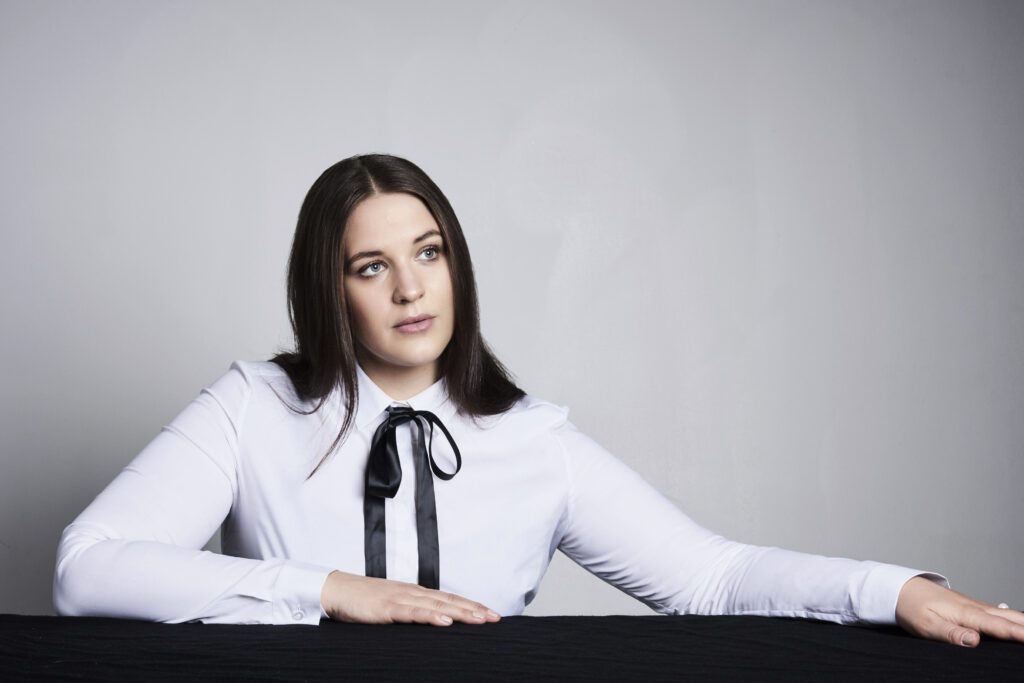 Davidsen was raised in the small town of Stokke, around 70 kilometres south of Oslo, with “no musicians or singers, or any interest in opera” in her family. At a local choir she found her voice, and seemed set on performing her own songs accompanying herself on the guitar. “I liked the fact that I was good at something,” she recalled. Soon enough, she was introduced to choral and baroque music, and by her late teens she was studying voice at the Grieg Academy in Bergen while moonlighting in the Norwegian Soloist’s Choir, a major springboard for vocal talent.

In Copenhagen, Davidsen’s teachers insisted her voice was made for heavier music than the Bach and Handel on which she’d imagined she would build a career. She was steered in the direction of music she knew nothing about – Wagner and Strauss – and that she would soon be associated with more than any other. In 2019, she released her debut album for Decca, singing both composers with the Philharmonia Orchestra, including Strauss’s Four Last Songs. It was impossible not to hear history echoed in the combination: the songs were introduced to the world, on 22 May 1950, by the Philharmonia Orchestra and a soprano from rural Norway named Kirsten Flagstad (also signed to Decca). 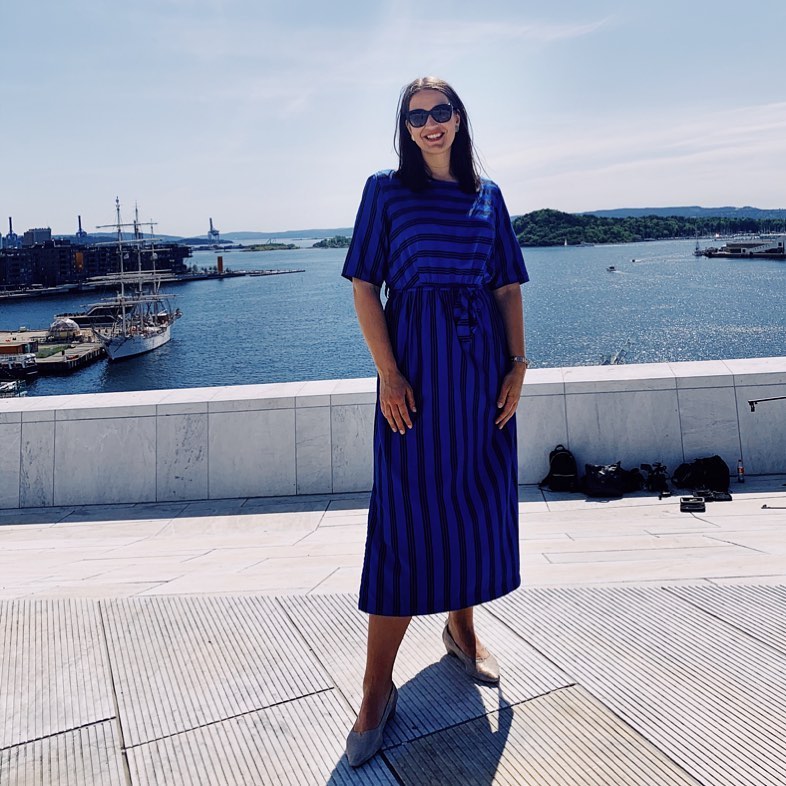 If 2015 was the year that made Davidsen’s name, 2019 was the year she truly got into her stride. As well as releasing her album, she made her debuts at Bayreuth and the Metropolitan Opera in New York. It had all been carefully planned. “My agent helped me find places where I could try roles first, before going to Bayreuth and so on,” Davidsen told me in 2019 in Copenhagen, where she lived at the time. “I was keen that things developed in my voice first.” Even then, there was a sense of nervousness in the artist that stood in direct contrast to the power and confidence of her voice. “I may have been developing very fast since we last met,” she admitted. “It might look like it’s all been going one way. But sometimes I feel as though I want to creep back to my cottage and not exist.”

A certain reticence may still be present – underneath or perhaps even woven into Davidsen’s regal stage presence, especially in concert, and in the uncomplicated way she uses her voice. But the quality of that voice is approaching the superlative and there are few who don’t hear it. “An astonishingly mature Bayreuth debut at just 32,” concluded The New York Times of her portrayal of Elisabeth in Bayreuth’s Tannhäuser; the same paper heaped praise on her performance as Lisa in The Queen of Spades at the Metropolitan Opera in December 2018. In January of this year, just before singing her Leonore at Covent Garden, Davidsen told Erica Jeal of The Guardian that 2019 was “the first year that I have actually enjoyed some of it, some of the circus.”

That “circus” – the whirlwind routine of an international opera singer – involves living out of a suitcase, endless airports and hotels and working with just a handful of regular colleagues. In Oslo since 18 March, Davidsen has performed only twice, both times as a soloist in the Oslo Philharmonic’s ‘Mellemspill’ series, which web-streams small-scale performances while concerts with full orchestras and audience are still not allowed. The Covid-19 crisis has hit every performing musician hard, especially those who, like Davidsen, rely on performance fees. “On a good day, I am grateful this didn’t happen last year, which would have been a disaster for me,” she says, on the phone from her apartment. Are there positives? “It’s not bad for me to have a calmer period. It’s not bad for me to practice and to have more time with family and friends. But there’s a difference when you know you have work and money coming; that’s what gives you the peace to enjoy the quiet. As it is, we don’t know when we’ll be back again.”

But opera will survive and Davidsen’s career will survive, for as long as her voice retains its form. “I knew I couldn’t go two weeks without practicing. I don’t work like that,” she says. “I need to do it, otherwise I lose my purpose.” While she was away in London, her father set about soundproofing her apartment with the help of acoustic carpets. Singing in lockdown has its disadvantages: “My neighbours are not happy about it, but we are trying to find a solution.” 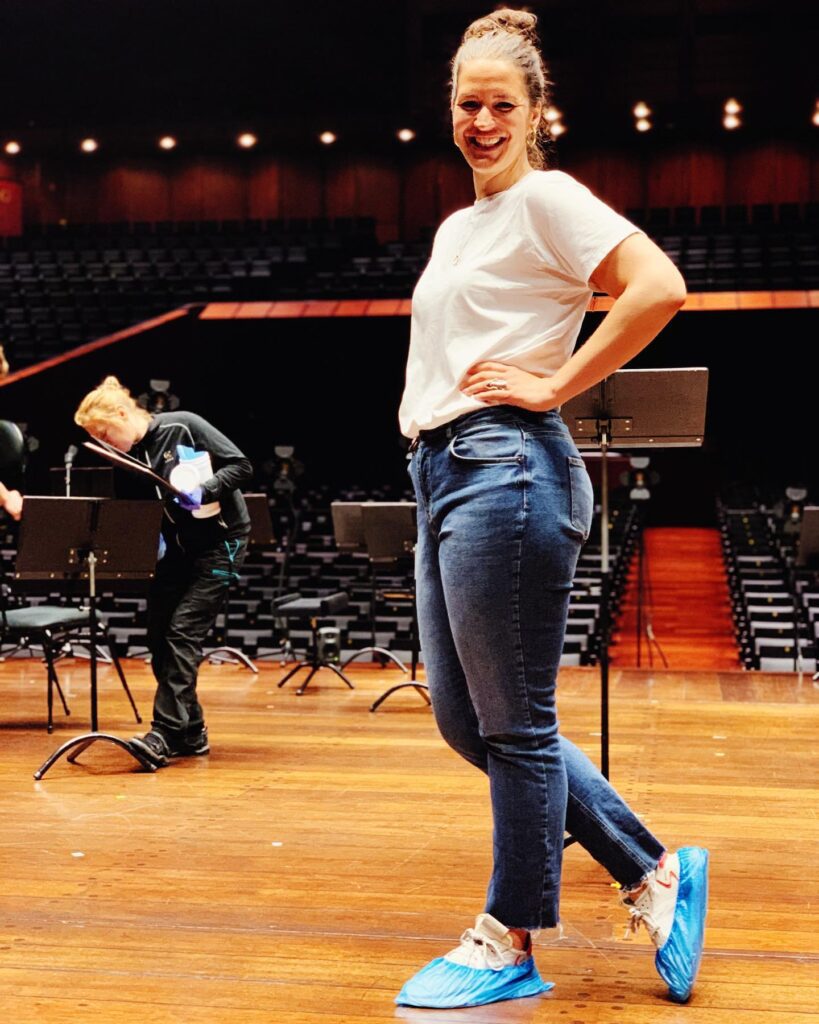 Since the lockdown took hold, many musicians have got to know their neighbours that bit better. They have also developed local, spontaneous musical partnerships which would have been unthinkable three months ago. Davidsen’s concerts with the Oslo Philharmonic have brought her closer to the orchestra’s musicians even while social distancing guidelines remain in place. “It’s been a bit more personal. I got to know the musicians much better than normally and the fact that we know each other more makes it easier to communicate. I hope that will be something we can do in the future. But in my position there will always be an aspect of local work versus big world stages.”

Which of those global stages Davidsen will get to perform on this Autumn remains uncertain. She should be at the Deutsche Oper Berlin singing Sieglinde in a new production of Wagner’s Die Walküre in September, which looks precarious; appearances at the Met have been cancelled. And there is the hope that she will be in Vienna to reprise a signature role, Ariadne, in November and December. 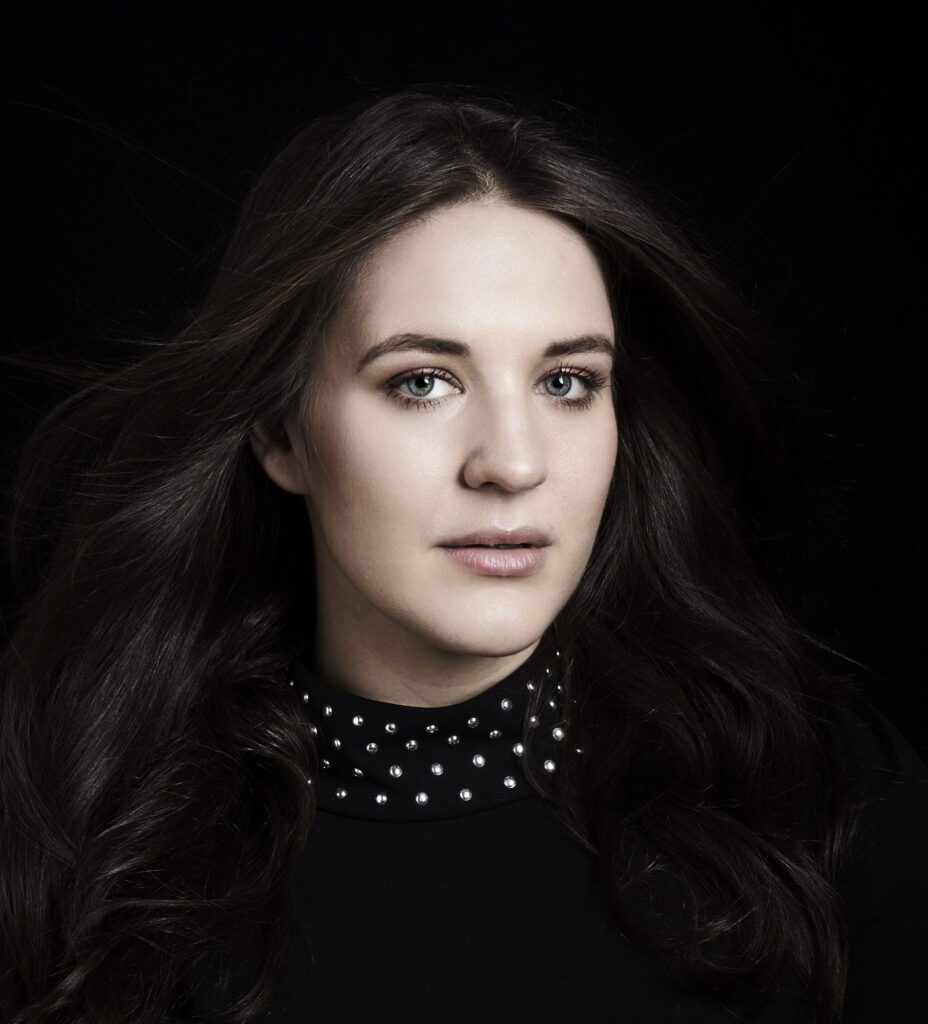 Looking more secure is her participation in an Orchestre de Paris tour in which she is due to sing Chrysothemis alongside Irene Theorin’s Elektra in Strauss’s hair-raising opera (“It is sort of my dream to work with her,” says Davidsen). After Beethoven’s Leonore – “one of the most technically difficult roles I have sung” – the short but draining role of Chrysothemis, who tussles stringently but briefly with her deranged sister, is one that signals a heavier repertoire on the horizon. And, with luck, she will make it back to London in September for the recording of her second Decca album (and, yes, it will include more Wagner).

Nobody wants Davidsen to bridge the gap between the momentum of 1919 and a juddering restart in late 2020 more than the soprano herself. “I know I will be back, and I will be so happy when I am. But somehow I hope it doesn’t happen too quickly, so that I get overtaken by nerves. Of course, there will always be nerves. But this situation has made me grateful to be able to do what I do. Hopefully next year I will be singing at Bayreuth, looking back to now as I sit on my balcony with my two newly-bought flowers. I will take that with me when I am constantly travelling and missing my family.”

Lise Davidsen: Works by R. Wagner and R. Strauss is out now on Decca Classics