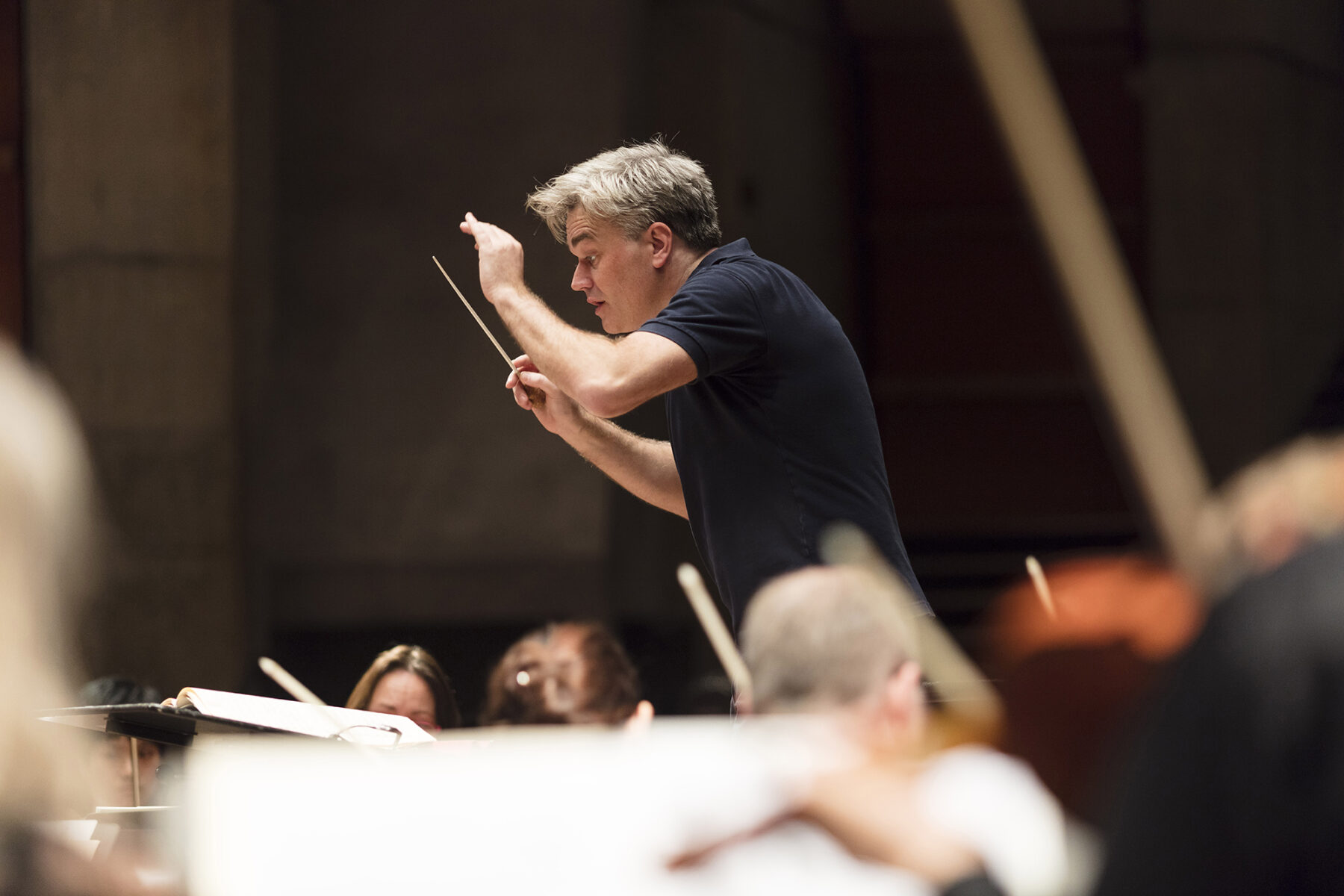 As the British conductor Edward Gardner launches a new season with the Bergen Philharmonic Orchestra – and a new recording of Sibelius – he sits down with Boyd Tonkin to discuss his affinity with the music and landscape of Norway’s dramatic west coast.

When Edward Gardner took over as chief conductor of the Bergen Philharmonic Orchestra in 2015, his initial contract ran for three years. The partnership clicked from the start, with a string of acclaimed recordings and performances, both in Norway and around Europe. After American conductor Andrew Litton’s reputation-boosting spell in charge, Gardner further raised the international stature of the Bergen ensemble – founded in 1765, and one of the world’s oldest. Both city and maestro liked the results, and the Gloucester-born conductor stayed, and stayed. 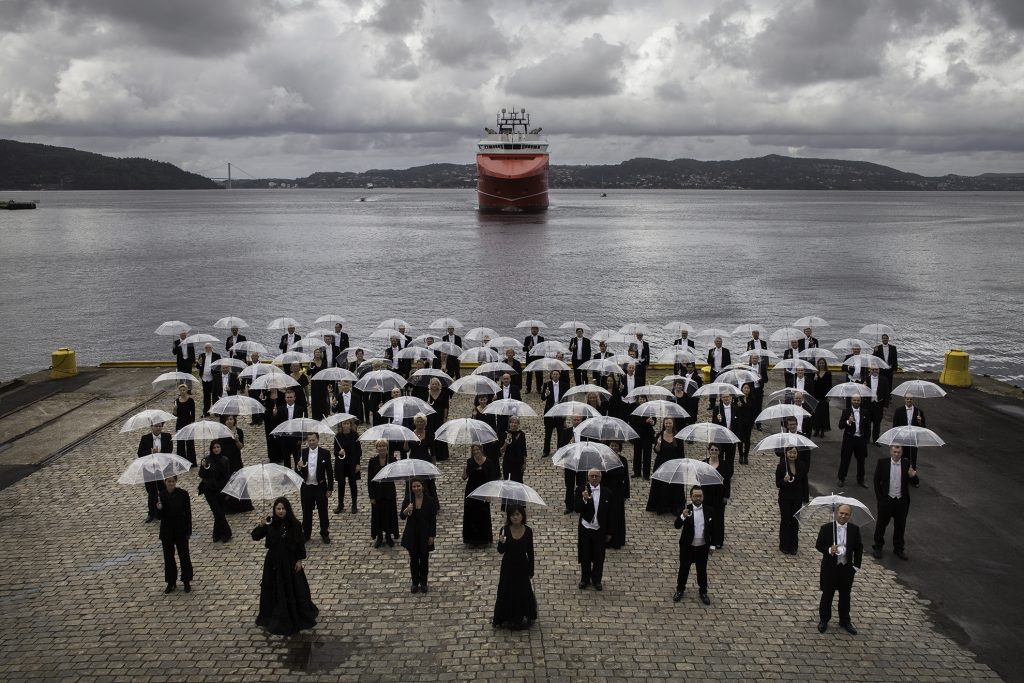 Last year, he agreed to extend his Bergen stint again, until 2024. The hundred-strong orchestra’s chief executive, Bernt Bauge, greeted the news by commenting that Gardner has been “an incredible force and inspiration for the Bergen Philharmonic, even more so during the pandemic.” Yet, later this month, Gardner begins a second, simultaneous high-profile role as principal conductor of the London Philharmonic Orchestra. He’s “aiming for a 50:50 split” of his time between London, where his 11-year-old son is at school, and Bergen: “We’ll see how it goes”. So now he has to juggle a close relationship with the Norwegian civic ensemble, grounded in its beautifully sited coastal city of 300,000 people, with a new position at the head of one of the foremost orchestras in a global metropolis of eight million-plus. “I’m sure they’ll bring out different things for me,” he says. “They’re different worlds, and they energise me in different ways.”

As with every top-flight classical musician, Gardner’s cross-border balancing act came to a juddering, Covid-enforced halt early last year. Travel restrictions meant that he could not come to London to break the ice with the LPO, which in 2019 chose him to succeed the great Vladimir Jurowski. Meanwhile, he jokes, “The core orchestra in Bergen has seen almost too much of me!” 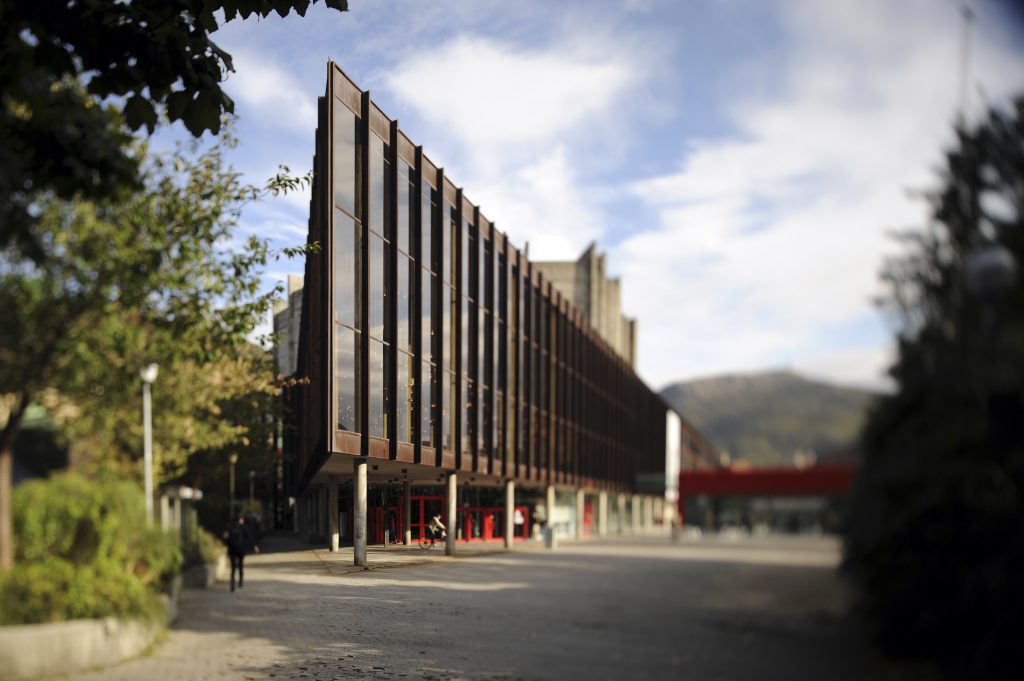 As near-normality returns to the musical world, his North Sea-hopping schedule seems feasible again: “It feels as if the world is just opening up enough to do it.” One cultural difference that helps him manage his diary is that, in Norway, weekends remain work-free so that “people can engage with nature”. Even now, however, he worries that “It might be that audiences are a little reticent for a month or two or three. That’s totally understandable.” He argues that “Our job is to show with passion what we do best and act as a magnet to bring people back into the concert hall.”

Wherever he has worked, Gardner’s energising presence on the podium, his adventurous choice of repertoire and his dynamic rapport with players and singers have made him just that sort of musical magnet. Born in 1974, he took his first steps in musical performance as a boy chorister at Gloucester Cathedral. He won a scholarship to Eton, then moved on to King’s College, Cambridge, as a choral scholar. Training at the Royal Academy of Music led to early, and formative, professional work as a répétiteur (singers’ coach) at the Salzburg Festival, followed by jobs as assistant conductor of the Hallé orchestra in Manchester and music director of Glyndebourne Touring Opera. In 2006 he launched into a much-garlanded decade as music director of English National Opera, until Bergen came calling and his Norwegian period began.

“I’d never been at the helm of a civic orchestra before. I love the importance of an artistic institution being embedded within a community”

In-demand conductors or soloists sometimes seem to float in mid-air between airport lounge and concert hall, scarcely ever touching solid ground. Yet Gardner has put down roots in Bergen and looks forward to the next phase of his association with orchestra and audience. “The Bergen Philharmonic is a musical family to me,” he says. “I’ll never lose that connection with them.” When he arrived, the stewardship of a much-prized local orchestra in a modestly-sized city proved a novel, and invigorating, task. “It’s something I’ve completely fallen in love with,” he reports. “I’d never been at the helm of a civic orchestra before. I love the importance of an artistic institution being embedded within a community. I’m always meeting people, whether it’s baggage handlers at the airport, or people in shops, or hairdressers, who adore what we have here.” 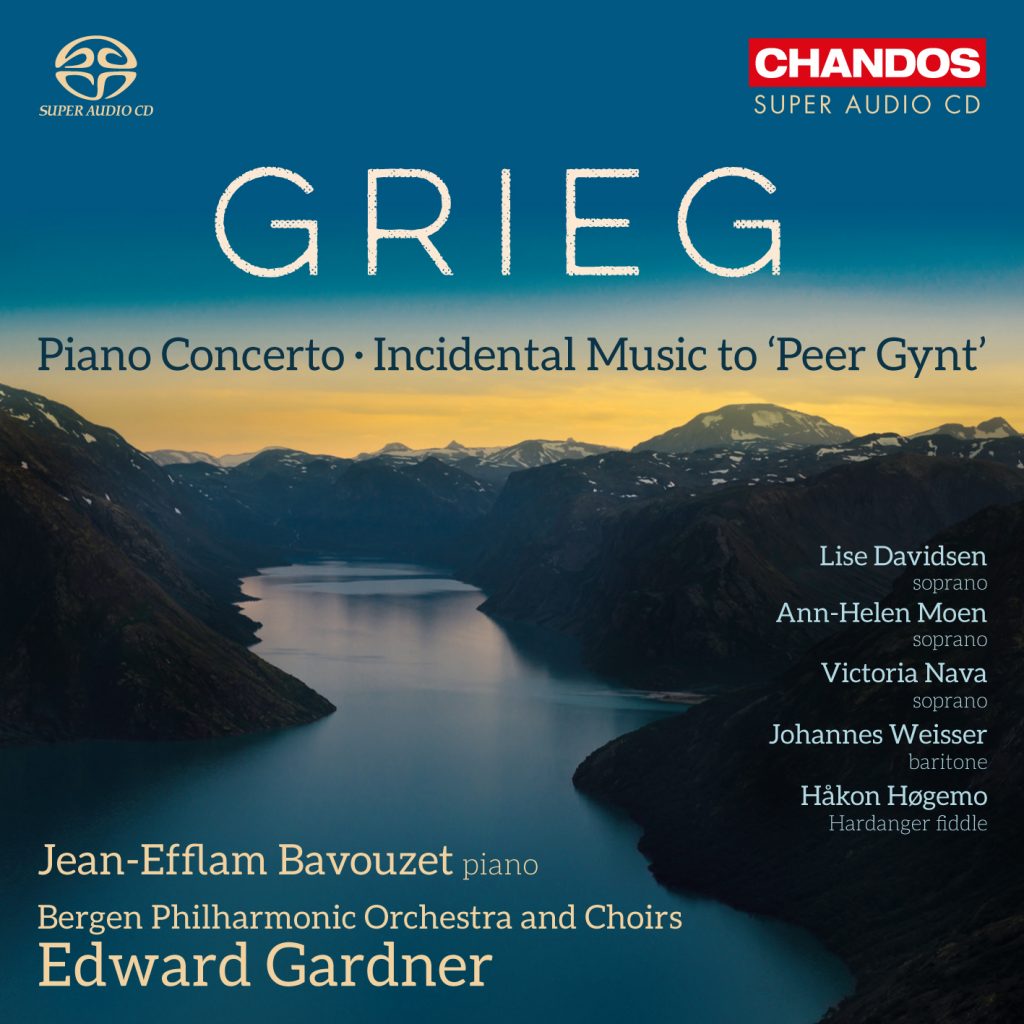 As with other British musicians who work elsewhere in Europe, he relishes Bergen’s longer, more relaxed rehearsal routines compared with the breathless, breakneck pace of much orchestral life in the UK. “If you’re working all week with the Bergen Philharmonic – or, let’s say, the National Youth Orchestra in Britain – you have to dig deep every day. That quality I would love to take back to the LPO.” I wonder how his five years based at Bergen’s Grieghallen – an imposing, 1500-seat modernist auditorium in the city centre – have changed him, and the orchestra? “We’ve found a way of making music together, and I enjoy it so much,” he replies. Communication between them has grown more intuitive, closer to “shorthand.” “I know what I need. They know what I’m looking for. There’s a trust there which is really wonderful. There are times when I have to be strong and push them in a particular direction, and there are times when they rescue me.” He reflects that “I find it quite symbiotic and humbling, the way our relationship has progressed.” The words they exchange, though, remain mostly in his mother tongue. He still hopes to improve his Norwegian but says, almost regretfully: “They’re all so bloody good at speaking English.”

“We go up into some of the seven mountains and do big hikes around. That’s the most exhilarating thing.”

The Bergen Philharmonic has a proud heritage that is inevitably entwined with the music of the city’s most famous son, Edvard Grieg. Gardner recalls that, before he came, he had conducted little Grieg – “but luckily, I adore almost every note”. They have just recorded Grieg’s Symphonic Dances and he discovered that “Everyone in this orchestra has their personal thoughts about this music.” Close identification with a local hero can bring its drawbacks, though. “The orchestra gets asked to play [Grieg’s] Piano Concerto everywhere they go. In their minds, there’s a little bit of ennui about that. But when we get in front of that music, they still love it. I sometimes think it’s my job to refresh that love a bit.” His spell at the helm has also seen a widening of the orchestra’s repertoire, from Polish, Czech and Hungarian masters (Szymanowski, Janáček and Bartok) to landmarks of modern British music. 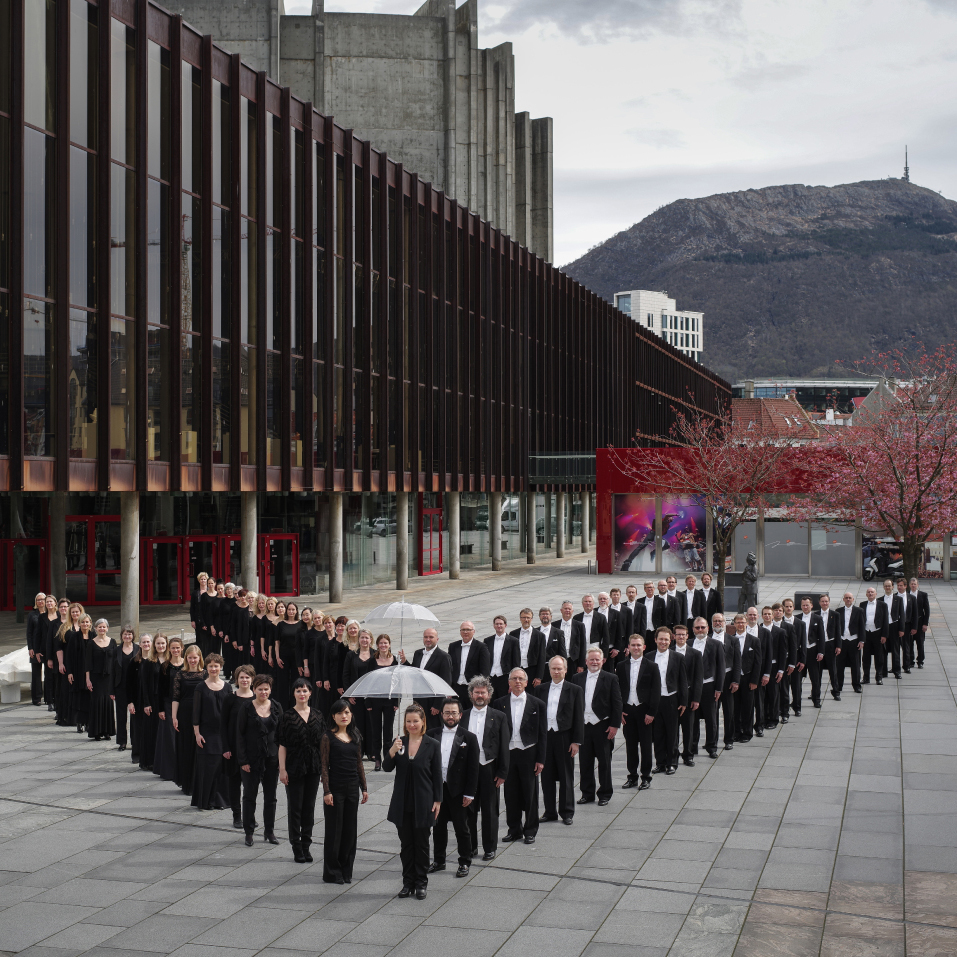 The growing shelf of Gardner’s recordings with the Bergen Philharmonic for the Chandos label has opened the ears of countless listeners who live far from the Grieghallen. In 2020, for instance, their version of Benjamin Britten’s opera Peter Grimes appeared to a storm of plaudits. As well as the strength of Gardner’s soloists, critics – justifiably – raved over the orchestra’s sumptuous, muscular string sound and the emotional punch of the Bergen chorus. That choral distinction has proved a hallmark of several other recordings. “In this tiny city you can find 200-strong choruses who sing as well as any choir I’ve ever worked with,” he says. “It’s definitely a strength.” Their latest Chandos release sees the Norwegians cross over into Finland for a selection of works by Sibelius. It showcases the rising-star Norwegian soprano Lise Davidsen, who studied at Bergen’s Grieg Academy. Gardner first met her when, in 2015, he was overwhelmed by her performance of a  Wagner aria. Now, he says admiringly, “She’s an artist I want to work with for all of my career.” 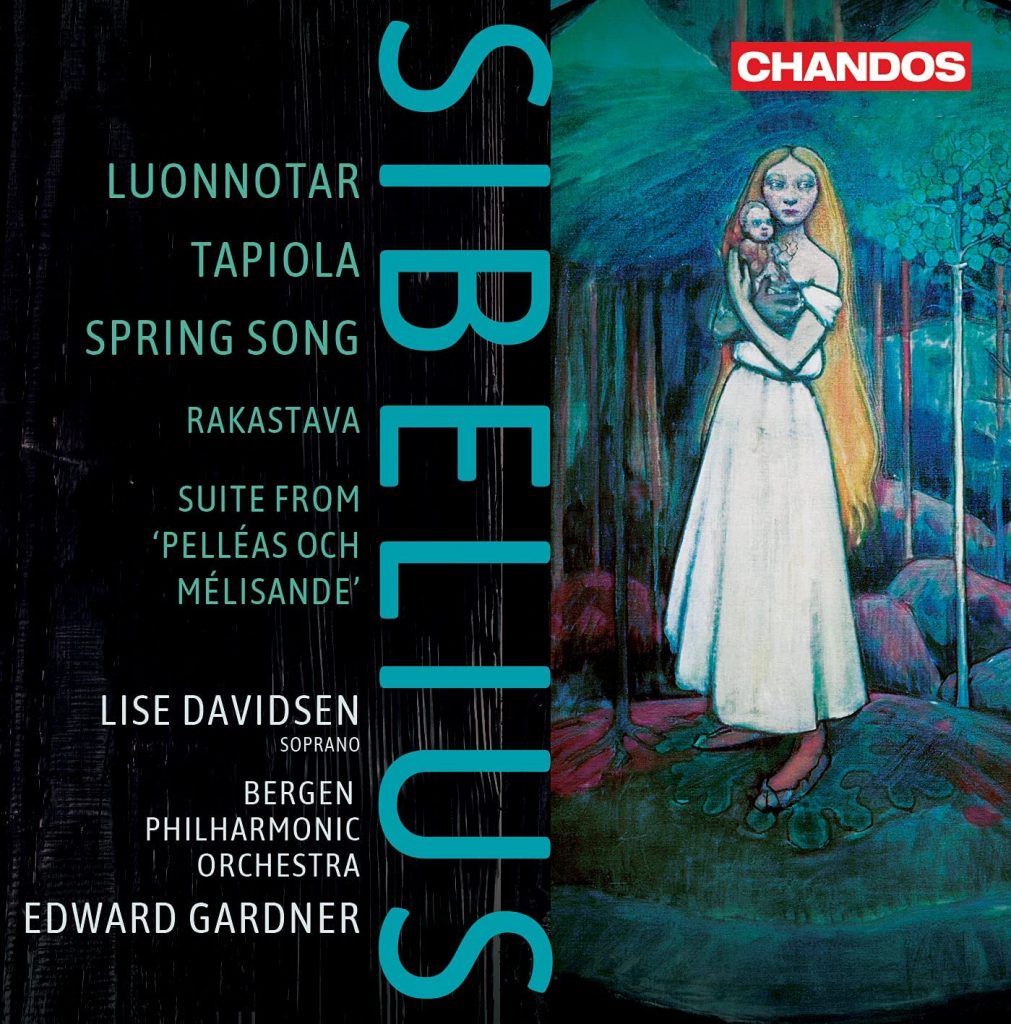 As a former chorister, with ten years at English National Opera under his belt, Gardner carried a special affinity for musical theatre and large-scale choral pieces with him to Norway. At the Grieghallen and elsewhere, he has made concert stagings of operatic work a speciality. “I’ve always loved doing it,” he says. “You’re responsible for the temperature and the pace of these enormous behemoths of music… There’s something spectacular for me about opera in concert when it’s really achieved. It puts much more on the audience, but it can be a most beautiful thing.” As with many post-war palaces of culture, some listeners think that the Grieghallen can lack warmth. “Finding a way of projecting intimacy to this big, wide, amphitheatrical, open, airy space is difficult,” Gardner admits. Conversely, though, it’s “fantastic for the biggest pieces” – such as Peter Grimes. Besides, he doesn’t share the musician’s habit of grumbling about venues. “It’s our job to create what we can create.” And, on 25 September, he will launch his creative tenure at the LPO with a concert staging of Michael Tippett’s rarely-heard 1955 opera The Midsummer Marriage. 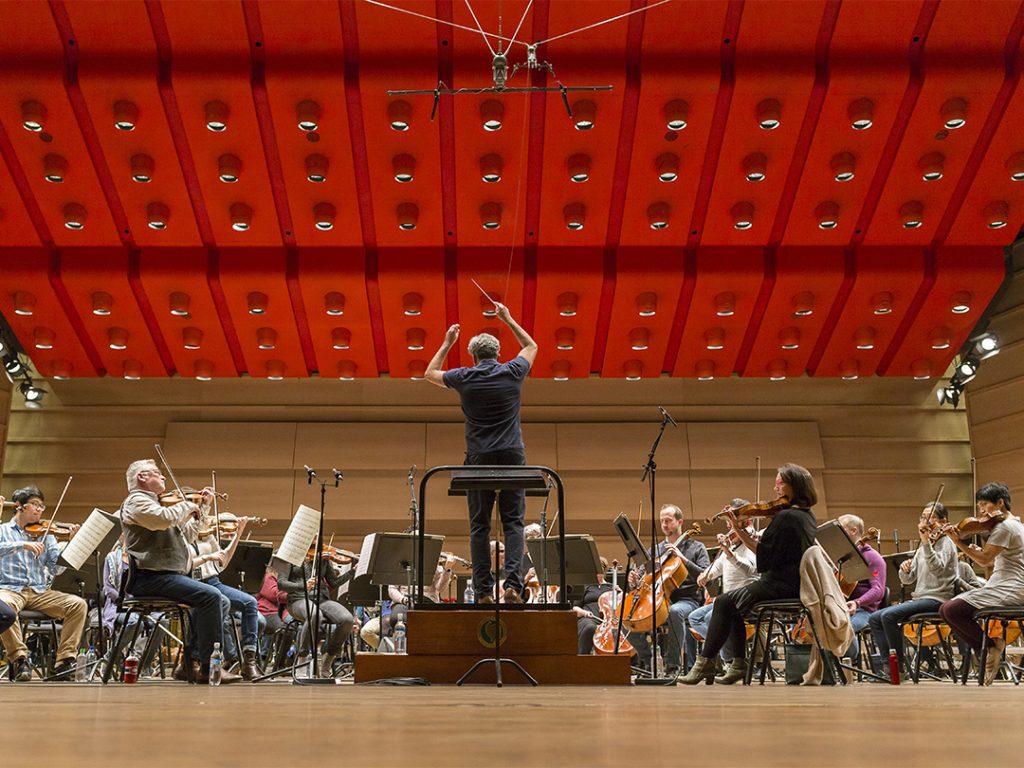 In Bergen, meanwhile, his upcoming dates include Stravinsky’s revolutionary Rite of Spring alongside the same composer’s Symphony of Psalms. That will mean another collaboration with his outstanding Bergen chorus, the Edvard Grieg Kor, and its chorus-master Håkon Matti Skrede. Gardner and Skrede share another passion for their non-musical downtime: “We go up into some of the seven mountains and do big hikes around. That’s the most exhilarating thing.” The “seven mountains” that encircle Bergen offer favourite trails for walkers – even if locals sometimes disagree over which peaks should be on the list. There’s no such ambiguity about Gardner’s choice of the chief benefit that his ongoing alliance with the city’s orchestra has given him. “Trust,” he says. “Trust in what I want to achieve as a musician, and trust in what the musicians in front of me can achieve.”

Want to receive updates on new articles and Norwegian events in the UK? Click here to sign up for our newsletter.

7 September 2021 / Boyd Tonkin is a journalist and author whose writing on arts and books appears in international media including The Financial Times, The Economist, The Times and New York Review of Books Daily. His reader’s guide to global fiction, The 100 Best Novels in Translation, has recently been published in paperback. He is Special Adviser to the International Booker Prize, which he chaired in 2016. Categories