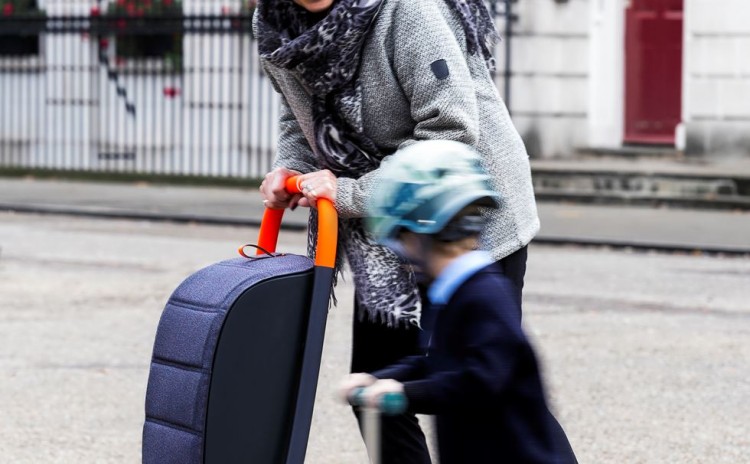 As our population ages rapidly, designers meet new challenges in the goal to make our society more age-friendly. The exhibition New Old at the Design Museum explores the potential for design to enhance the experience of our later lives.

New Old, an exhibition exploring how design and designers can meet the challenge of a rapidly ageing society, opens at the Design Museum on January 12th, 2017. How can design help people live fuller, healthier and more rewarding lives into old age? New Old rethinks design approaches to ageing, from robotic clothing to driverless cars. Onny Eikhaug, Programme Leader at Norwegian Centre for Design and Architecture is responsible for the Norwegian contribution to the exhibition where four Norwegian design projects are explored, whereof three are winners of the Universal Design Innovation Award.

Since it opened in 2010, the new St. Olavs Hospital has received international acclaim and won several awards for its innovative, people-centred architecture, which brings nature, the city, employees and patients together in an untraditional atmosphere. The idea of Universal Design and a guide with fundamental principles throughout the process were established from the beginning. The level of satisfaction is high and the hospital has become an attractive gathering place for citizens of all ages, with outdoor spaces and parks for recreation for all levels of abilities.

The planning of the new light railway in Bergen began in 2006, and it is the first public transport system that utilises Universal Design at all levels and is one of the most successful urban planning projects in Norway after the Second World War. It has made the city accessible for everyone, and passenger numbers have consequently grown more rapidly than expected.

A winding walkway in a modern park that provides good social inclusive spaces in the heart of Oslo. The landscapers Østengen & Bergo made Universal Design a key driver throughout the process. They worked closely with different user groups to gain valuable input and insights throughout. The square is used by many people living and working in the area and people meet for outings with pushchairs, bikes and wheelchairs. The square demonstrates that Universal Design in the urban public space can be elegant and functional whilst meeting accessible standards.

Kahoot!, founded on an inclusive, people-centred design philosophy, is now one of the world’s fastest growing learning brands based on gaming technology. From a bottom up approach, trust, respect and belief in the ability of each individual to learn is at the heart of their strategy. The biggest Kahoot! event ever, which took place in Oslo at Telenor Arena, revolved around seniors becoming savvy digital citizens with the power to learn whatever they want, no matter their age.

New Old takes place in the Helene and Johannes Huth Gallery on Level 2 of the Design Museum in Kensington from 12 January to 19 February 2017.