Is clay here to stay?

As Norwegian designer Marit Tingleff’s work is included in a major exhibition about contemporary ceramics, Katie Treggiden investigates the resurgence of this ancient material among Norway’s artists, designers and craftspeople.

From 14 May, Salisbury’s New Art Centre will host Material Language: New Work in Clay, an exhibition of ceramic art, including work by Norway’s pre-eminent ceramic designer and professor of ceramics arts at Oslo National Academy of the Arts, Marit Tingleff. The exhibition reflects a growing movement towards the use of clay among contemporary Norwegian designers and makers. 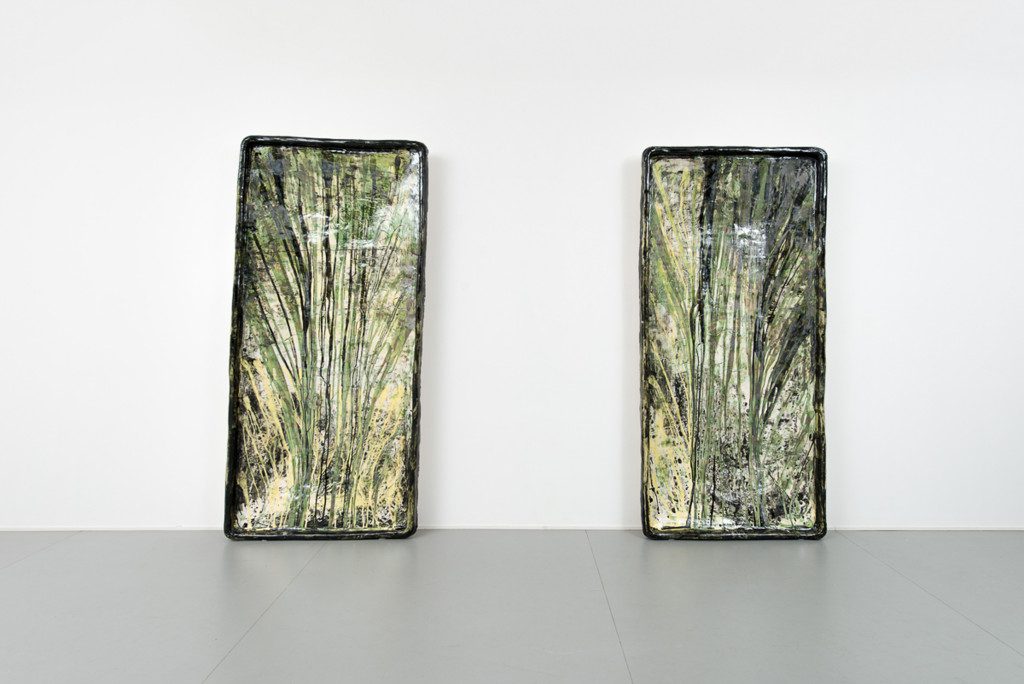 Looking In Looking Out I and II, by Marit Tingleff.

Norway’s ceramics history is comparably short – whereas elsewhere people were using clay as early as 29,000 BC, Norwegians traditionally made domestic objects out of wood and iron. It wasn’t until potters from Germany and Holland arrived in Norway in the 16th century that the first potteries were established.

Porcelain factories, such as Porsgrund Porcelain Factory, began to appear on a larger scale in the 19th century, preceding what ceramic artist Anja Borgersrud describes as Norway’s “glory years” in ceramics 1920 – 1960. Nora Gulbrandsen was the country’s first female industrial designer and, from 1928 to 1946, head of design at Porsgrund. Tias Eckhoff designed the iconic det Riflede tableware at the same factory. Porcelain manufacturer Figgjo opened in 1941, quickly followed by earthenware factory Stavangerflint AS in 1949. Contemporary artists began to make ceramics in the Leach tradition – and in the 1960s young people opened workshops all over Norway.

“Because of this special history, Norwegians do not connect strongly to any particular ceramic tradition, which is liberating,” says Tingleff. “But it also means there is a limited knowledge about ceramics.”

Recent exhibitions such as 100% Norway at the London Design Festival and Structure during Milan Design Week suggest that that’s changing. “Young people want to develop their intellect and experience working with their hands, and clay has so many possibilities for this,” she adds. “Our students are exploring the material in radical ways, free from tradition and expectations, which is really interesting.”

Christina Peel is one such artist. She works with thin flexible porcelain sheets, which she folds into tessellating origami-inspired forms. “I love working with clay,” she says. “I love the diversity of the material, the textural qualities and the fact that it lasts forever.”

Noidoi has created Meld, a pendant lamp made from two pieces of cast stoneware. “When you think of ceramics you think of something fragile,” says co-founder Cosmin Cioroiu. “By using it in an unconventional setting, we hope to evoke curiosity and to show this material’s other qualities.”

Keen to describe herself as a ‘kunsthåndverker’ (craftsperson) rather than a designer, Anette Krogstad says: “Every time you work with clay, you learn something.” Her Steinlav collection is a series of hand-thrown stoneware platters, glazed to resemble Norwegian lichen.

“People have been using clay for tens of thousands of years, and it is really special to feel a connection with people across time and geography,” says Ann Kristen Einarsen, whose Stilleben bowls and pots are made of different types of clay in simple forms and glazed on the inside only. “Clay has enormous potential. With all the problems of man-made materials, like plastic polluting the ocean, it is better to use old materials in new ways.”

But what is driving this renewed interest in clay, the like of which hasn’t been seen in Norway for some 50 years? Einarsen attributes it to a reaction against the digital revolution: “Clay is close to nature and full of history,” she says. “We touch our computers and phones more than ‘real’ things – we are longing for objects with soul.” 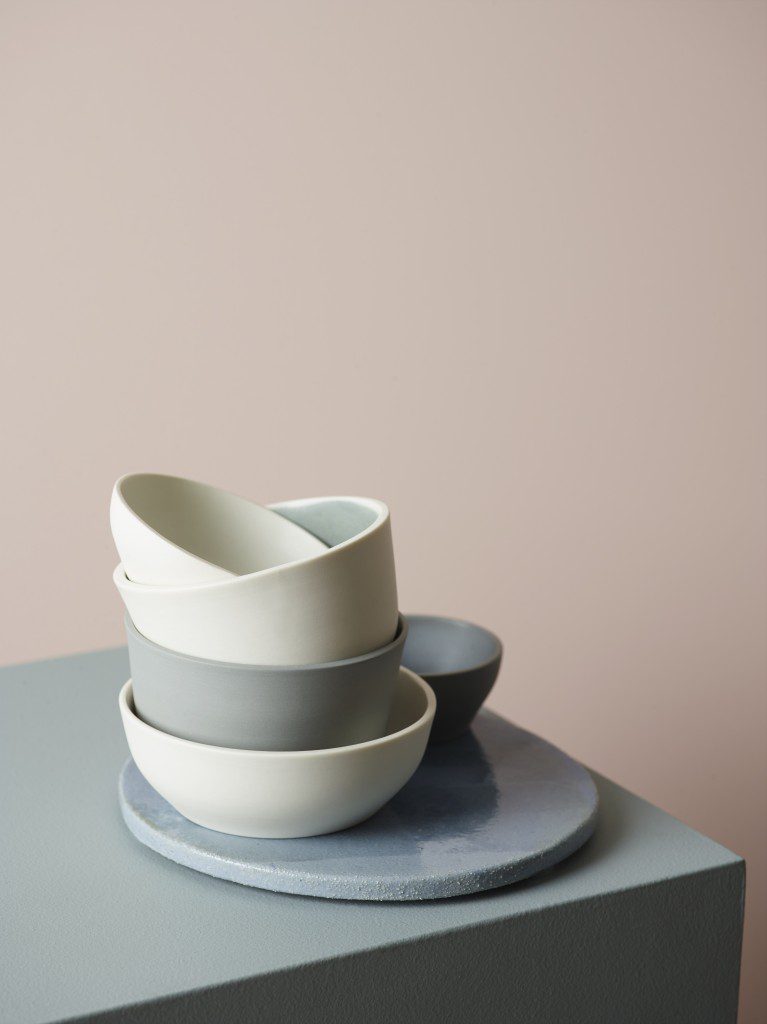 Sara Skotte, whose tableware collection, Tillit (which is the Norwegian word for trust), is handmade from stoneware, elaborates: “There is a lot of talk about the fact that pottery is back, that handmade is in focus,” she says. “It is about knowing where products come from and a strong desire for sustainability.”

“It is all connected to the wider revival of craftsmanship,” adds Peel. “It is a backlash against consumerism: people want to know about the origin and authenticity of an object.”

But is it just a passing fad, or is clay here to stay? Marit Tingleff is optimistic. “Humankind has worked with clay since the dawn of civilisation, so I think the use of the material will continue as long as there is clay in the ground.” 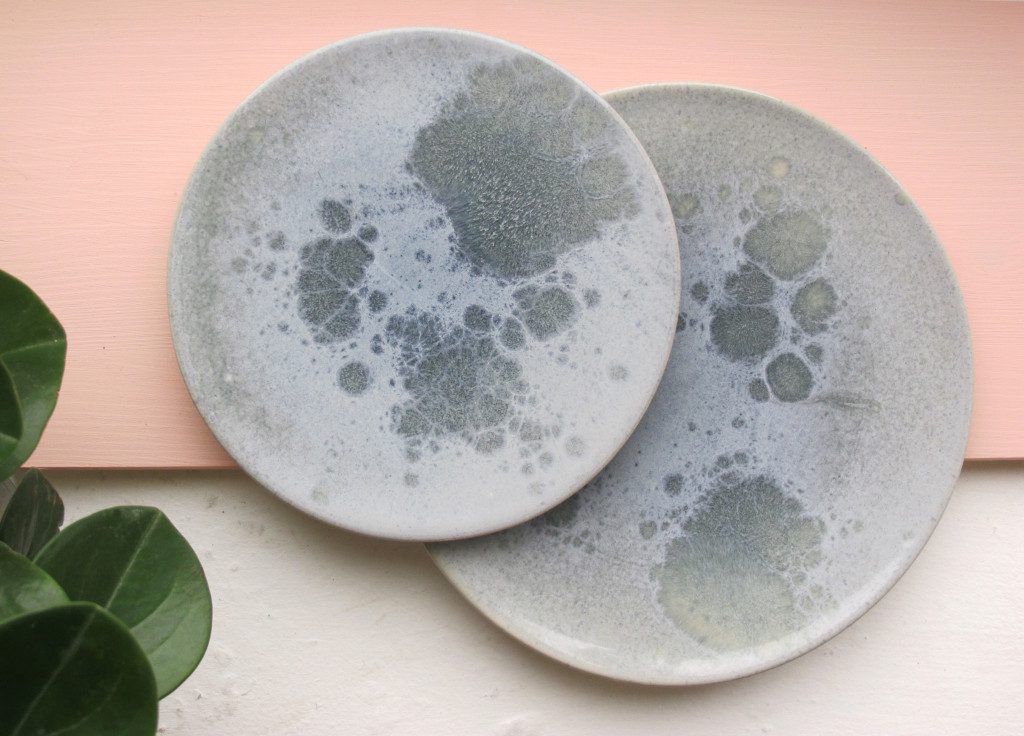 Material Language: New Work in Clay is at the New Art Centre until 24 July 2016.