Edy Poppy moved from Norway to France at the age of 17, changed her name from Ragnhild to Edy and started exploring love and sex within a different language and a different culture. The result is her book ‘Anatomy. Monotony.’, a part-fiction-novel, part-biography, about an open relationship, which just published in the UK. Norwegian Arts speaks to Edy about lust, fear, hope, identity and the rollercoaster experiences that comes with writing as a living.

“I’m going to give it one last chance with this novel before I burn it. Then I won the competition and everything changed.” That novel was Anatomy. Monotony. The competition was for a new love story and was run by Gyldendal, one of Norway’s most prestigious publishing houses. The year was 2005 and the writer was Edy Poppy.

The novel, Anatomy. Monotony. – which has recently been translated into English – is a love story, yes, but an unconventional one that hides nothing. Put simply, it tells the story of the narrator Vår, her lovers, her husband Lou and their open relationship. It is also about places: Montpellier, London, Amsterdam and Bø in the Norwegian rural county Telemark. American novelist Siri Hustvedt described Anatomy. Monotony. as “a devilish hybrid. Part autofiction, part literary, cinematic, and musical dance of allusions, and part chronicle of the mute body’s aches and pains and lusts and needs.”

Edy Poppy’s life before her first novel was published was one of transience and contrasts. Born as Ragnhild Moe and raised on a farm in Telemark, she moved to Montpellier in France at 17 and met the man that later became her first husband. She then moved to London, working in art galleries and as a model – and writing all the time.

“I was very uptight and shy and the Norwegian language was not really helping me. Through the French language I discovered another way of thinking about body and sexuality and identity and who I could be.”

France changed her perspective and way of thinking, as a person and a writer. Much of this inspiration came from her French then-husband, who drove her to write and to reject the Scandinavian law of Jante that says: You are not anything special.

“I was very uptight and shy and the Norwegian language was not really helping me. Through the French language I discovered another way of thinking about body and sexuality and identity and who I could be,” Poppy says. “That’s what attracted me to France in the first place, to meet culture and to also meet a way of talking about sexuality that I was not used to.”

“In the beginning, I was writing it more like a diary. Then I started to look more for an emotional truth and realised that I have to lie a little bit to get closer to the truth.”

Somewhere in all this Ragnhild Moe became Edy Poppy – a nod to Edie Sedgwick, Andy Warhol’s muse, and the addictiveness and beauty of the poppy. The traditional “Ragnhild” was then an identity left behind in the Norwegian countryside. This traditional name, Poppy says, was her parents’ dream for her, fitting to a girl raised on a Telemark farm. But her artist name was her own dream and one she wanted to fulfil and explore.

Poppy worked on her book relentlessly. She strived to be “happily frustrated”, doing jobs that were interesting, but not satisfying enough. The drive to write and create never ceased. Paradoxically, this made her happy. Her debut novel was the fruit of several years labour – taking inspiration from her own life and relationships – and its form changed over time.

“In the beginning, I was writing it more like a diary but then somehow, I felt that I didn’t recognise myself in the diary. I started to look more for an emotional truth and realised that I have to lie a little bit to get closer to the truth,” she says. Ragnhild though, became a character in the book, written in the third-person narrative.

“It was special to get recognised by the country where I was raised, where I felt like an outsider. Finally being appreciated for whom I was made me become friends with Norway and my background again.”

After several years without finding a publisher, Poppy was about to give up. Then her mother sent her a newspaper cutting of the Gyldendal competition for a new novel about love.

“I found it in my letterbox and thought, well, okay why not? I have nothing to lose. At this point I had tried so hard,” Poppy says. Anatomy. Monotony. won and was published in Norway in 2005. This made her rethink her relationship with her homeland.

“It was special to get recognised by the country where I was raised, I had moved away at 17 and I was not sure if I would ever come back. I felt like an outsider there. I even thought about changing my nationality. Finally being appreciated for whom I was made me become friends with Norway and my background again,” she says. 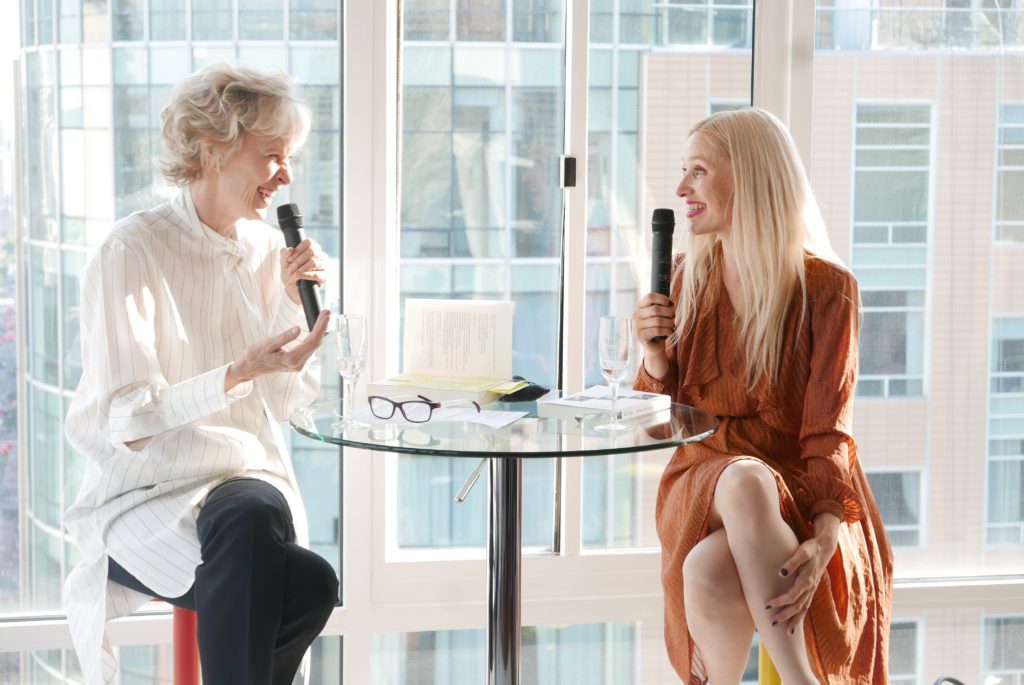 But as well as the personal acceptance, there was a shift of mentality in the country. The Norway Poppy left behind as a teenager was one she felt was, perhaps conformist, or at least sceptical of the outsider. The reaction to her book – an explicit, honest and open one – was a surprise.

“I came back with an artist name and extravagant clothing and a novel about an open relationship. I thought they’re going to kill me, they’re not going to accept this,” she says.

“This novel is like a good friend. The main characters, Vår and Ragnhild, both, in their own way, represent a young me. They exist forever in this book and I enjoy meeting them.”

Indeed, you could view Anatomy. Monotony. as an early contribution to the current set of reality fiction in Norway. Unlike Karl Ove Knausgaard though, Poppy says she has people asking how they can become characters in her writing, rather than wanting to be left out.

But how does she feel looking back on Anatomy. Monotony. now, 13 years after it was published?

“This novel is like a good friend. The main characters, Vår and Ragnhild, both, in their own way, represent a young me and they exist forever in this book and I enjoy meeting them. It’s not dead for me. It’s something that’s in my body, this story, so I can always tune into it again,” she says.

People still want to talk to her about Anatomy.Monotony. They still turn to its pages for the questions it poses.

“It never stops. People are so curious about this subject matter and even if there are more people exploring it, there doesn’t seem to be more relevant literature about it,” she says. “The world is in a really interesting state at the moment with technology that enables people to meet in all kinds of ways. I guess the question of how to live and how to love is very open nowadays.” That’s maybe why Anatomy.Monotony. has a relevance again and again and again,” she says.

Anatomy.Monotony. is out in the UK now on Dalkey Archive Press, translated by May-Brit Akerholt.

22 June 2018 | Luke Slater is a freelance writer and music journalist who has written for Metro, BBC, Drowned in Sound, MUNCHIES and the Quietus. Categories