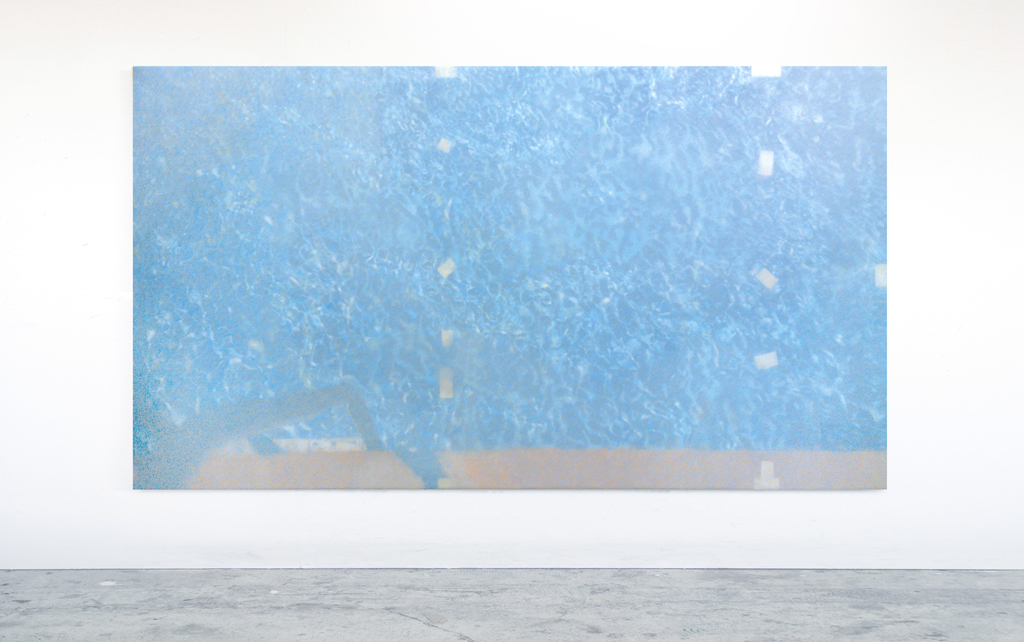 The London-based Norwegian artist and speedily rising star Martine Poppe talks to us about pubs, ducks and other inspirations.

Your latest exhibition centres on a duck and a golden nugget. Why?

The show is called Anatidaephobia, based on a Gary Larsson cartoon that states, ‘Somewhere, somehow a duck is watching you’. I got the title from a Wikipedia list of fictitious phobias, when I was freaking out about titles. What caught my attention was the idea of a presence watching. I made drawings of ducks on some of the paintings, which are only visible from certain angles. Golden Nugget is the title I have given the sculptures I made for the show, as a reference to Linda Nochlin’s essay ‘Why Are There No Great Women Artists?’.

Which artist, alive or dead, do you admire most?

I change my mind every day! At the moment I am very interested in the works of Sigmar Polke. He managed a balance between a theoretical approach and light-hearted results.

How does London inform you work?

The London art community is enormous. I feel that I’m always discovering something new, whilst being immersed in the city’s prevalent attitudes. If I were to work in Norway, I expect I would be equally informed by what’s going on there. It is always important for me to take part in the dialogue of the works around me.

Where are your favourite places to be in London.

It all depends on my mood. If I were missing seeing nature, I would probably borrow my housemate’s dog and head to Abney Park. It’s an old fashioned graveyard that is completely overgrown with ivy. If it’s a rainy winter day, I’d want to be nestled in Jeremy Bentham’s, a pub with a cosy top floor right by my former university in Bloomsbury. Then there’s Shoreditch and Hackney for Sunday afternoons with friends, and the galleries in Bethnal Green.

I get up, have a coffee and a shower, then head to the studio where I eat my breakfast. Thereafter I work until midnight. It’s pretty straightforward really, interspersed with more sociable periods, when I spend a great deal of time going to private views. These phases usually depend on my next deadlines.

What do you miss most about Norway?

The countryside, as well as my friends and family. I used to spend all my holidays in Gudbrandsdalen at my family’s old cabin, Søristua. After my great grandmother passed away, my family would rent it. Now I’ve taken up the lease, and I’m excited to be returning there in December. Besides that, I strongly associate Oslo with Christmas, as well as having a coffee in a warm classroom early in the morning. Strangely I really miss that, quite possibly because insulation in the UK is abhorrent!