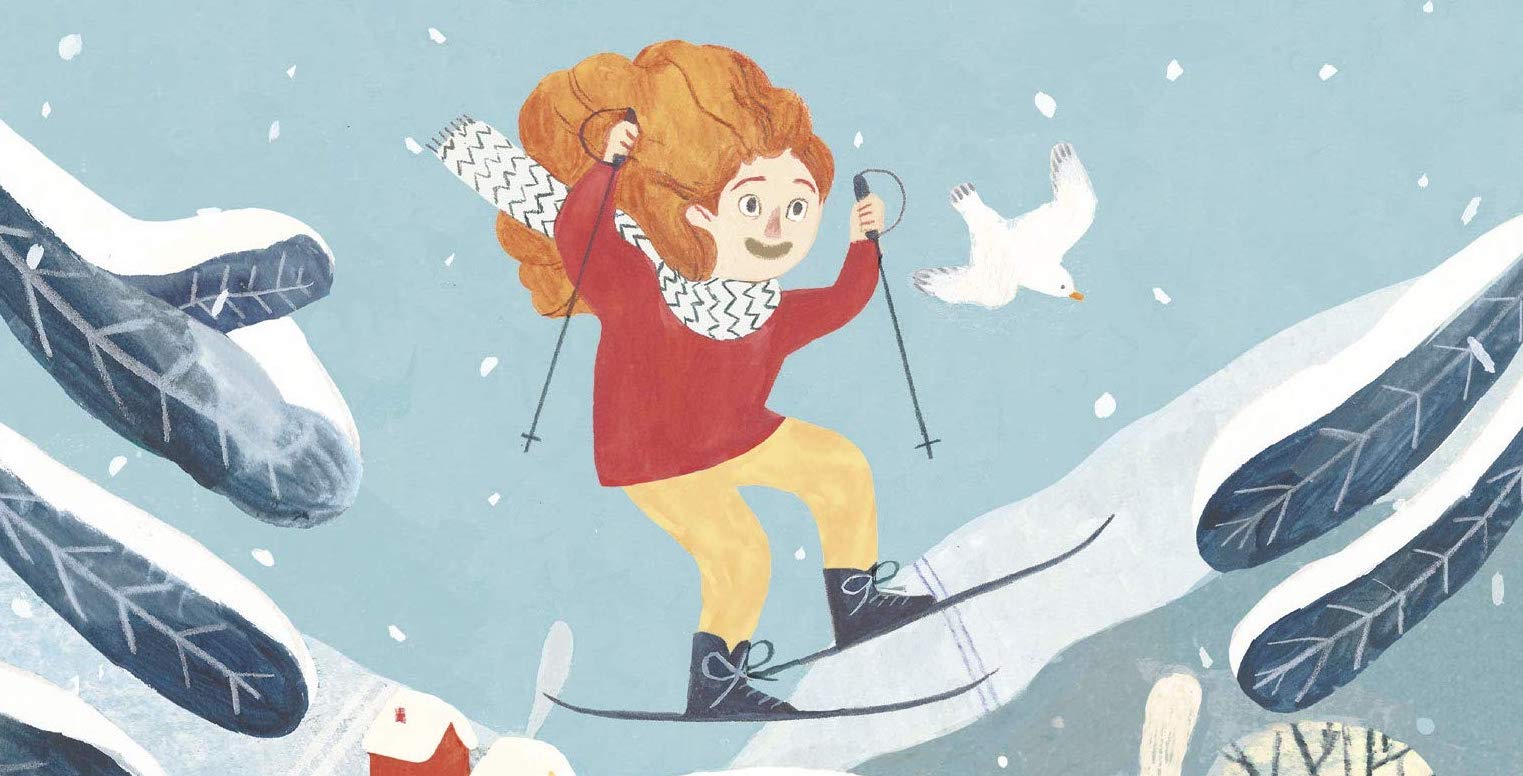 Not content with past triumphs, Norwegian children’s literature has flourished in recent years as it engages with new, sometimes challenging, subjects. Lee Randall surveys a field in which young readers can enjoy extraordinary antics and address difficult topics.

Click here to read more on literature from Norwegian Arts.

Tradition holds that the Golden Age for Norwegian children’s literature was between 1890 and 1920. This was the era of Dikken Zwilgmeyer, author of the ‘Inger Johanne’ series about a small-town girl, the ‘Peik’ stories of Barbra Ring and the feline escapades of Gabriel Scott’s courageous cat, Sølvfaks. 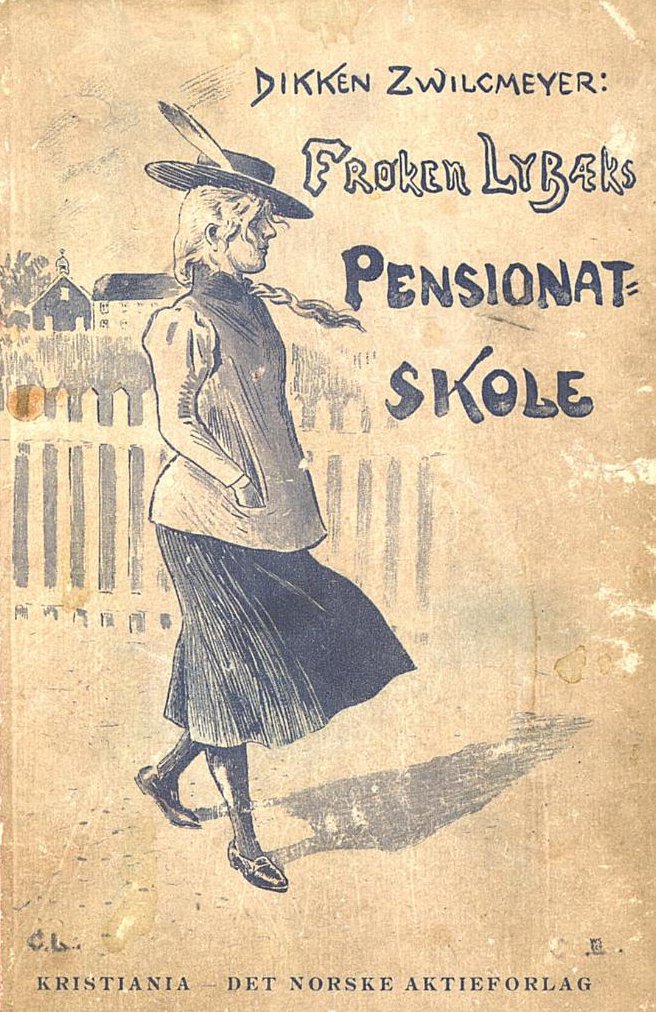 But gold is imperishable, and regularly reconfigured. Today’s books for young readers – in the fields of both children’s and YA (young adult) books – are exciting and innovative, rich in ideas, emotions, colour, and imagination. It’s clear that it is in the midst of a new Golden Age.

The landscape wasn’t always so vibrant. For years, many books for children published in Norway originated elsewhere. The success of the 1995 English-language version of Sophie’s World by Jostein Gaarder marked a turning point. A translated novel for teenagers about the history of philosophy was perhaps a surprising success, but you can’t argue with global sales of over 40 million copies. 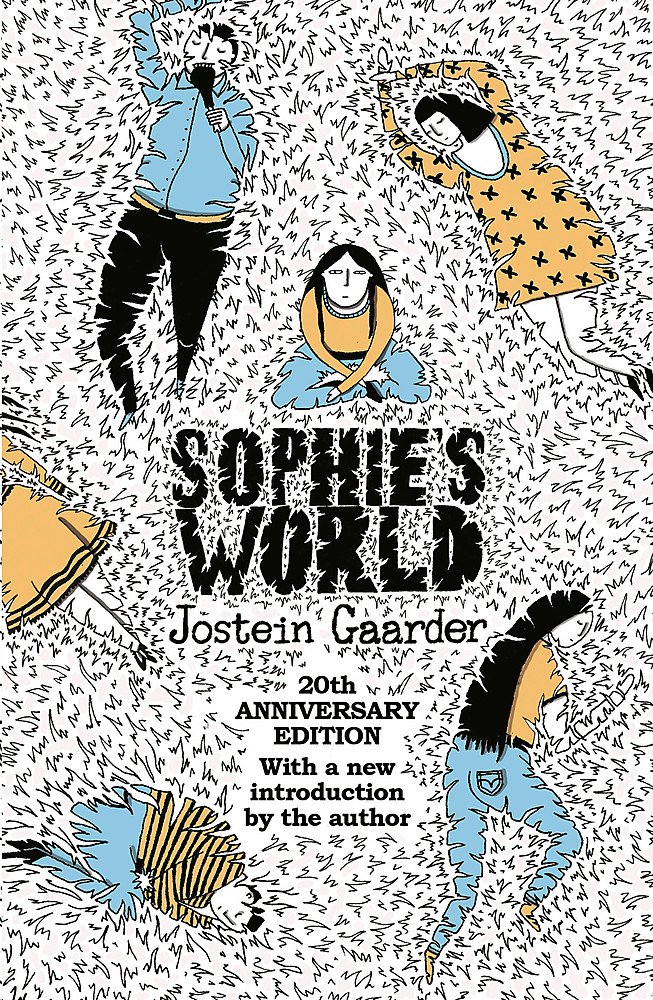 “Before that, I don’t think anyone was really aware that Norway had interesting [children’s] authors,” says Andrine Pollen, senior adviser for children’s literature at Norwegian Literature Abroad (NORLA). There is, she adds, “a big difference how many of our authors are published abroad now compared to the 1970s.”

The books are as varied as their creators. They include award-winning stories about children enjoying nature, negotiating siblings and bedtime, solving mysteries and going to school. Alongside are books that address poverty, grief and subjects often considered taboo, such as pornography and mental illness. There is even a deadly trip to the Moon: Johan Harstad’s 172 Hours on the Moon was chosen by a jury in 2014 as the best Norwegian YA book of all time. 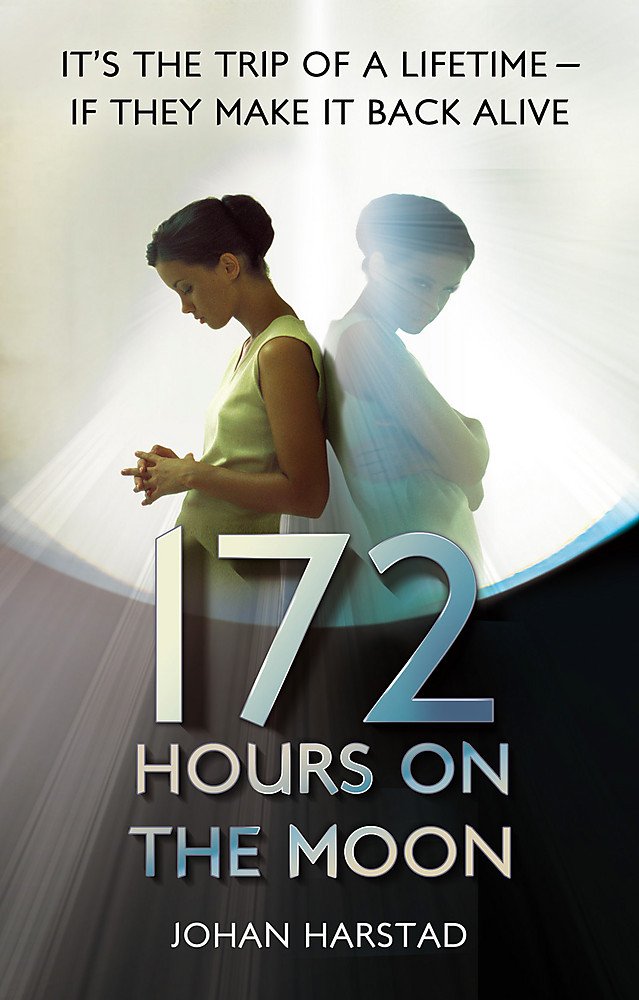 172 Hours on the Moon by Johan Harstad (Atom)

Increasingly, Norwegian authors are being translated into English for the two largest markets, the US and the UK. One of the most beloved and successful is Maria Parr, author of Waffle Hearts, Astrid the Unstoppable, and Lena, the Sea, and Me, marketed for readers aged 9-11.

Parr’s books are “modern classics,” says Emily McDonnell, her UK editor at Walker Books. “The combination of the idyllic rural settings, laugh-out-loud escapades, and the tenderness and warmth of Maria’s writing have created stories that feel timeless, and which are a joy and comfort to read. I love the feistiness of her protagonists, but as we peel back the layers, we find vulnerability too.”

Parr never shies away from exploring the difficult emotions that children go through, explains McDonnell. “Her books look at loss in its many forms, as well as the complexities of evolving friendships.” She adds that Waffle Hearts, featuring Lena Lid – “Norway’s very own answer to Pippi Longstocking” – was “like nothing else on our list.” 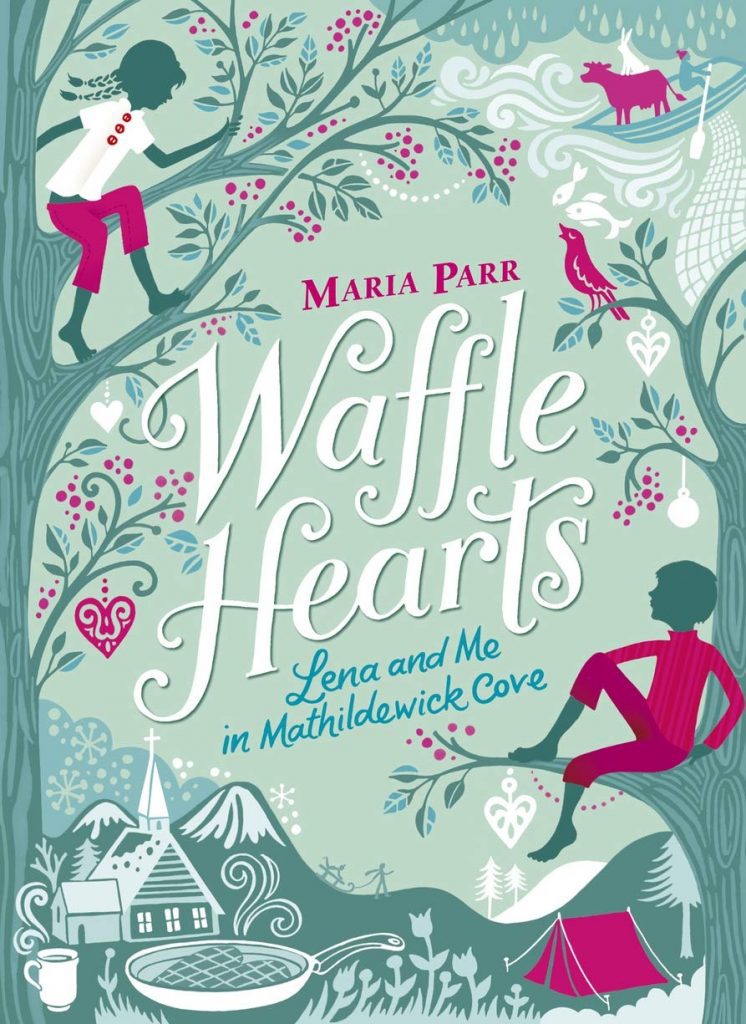 “It certainly feels like there’s a disproportionate amount of great writing from Norway (and some other Nordic countries), by the standards of a country of only five million people. There’s obviously a strong children’s literature tradition, as well as a rich folk tale tradition.”
Daniel Hahn

In Norway, books are seen as a stimulus to creativity, and a vital element in shaping a positive national identity. Every Norwegian municipality has a public library, and the 1985 Library Act mandates that they “serve children on the same terms as they serve adults.” Elementary schools must also have libraries.

The Norwegian Cultural Council buys 1,500 copies of children’s and YA books to stock in libraries and schools every year. As in Britain, books are exempt from the 25% rate of value-added tax; in addition, grants and promotion programmes exist for authors. The state contributes to royalties through a refund system, and book prices are protected for a period initially following publication.

This purchase scheme applies to new titles deemed of sufficient quality by an evaluating committee. Publishers, guaranteed sales of at least 1,500 copies of most new books, know that a print run of 2,000-3,000 copies of a title is economically feasible.

“This system encourages authors to write in different genres,” Pollen says. “It encourages publishing houses to invest time, money, and resources in new authors. This has encouraged the publication of more and more Norwegian authors.”

Anne Stefi Teigland, Associate Professor at Western Norway University of Applied Sciences, sat on a committee assessing non-fiction for four years. She maintains that the system “makes it possible to publish books that are not dependent on the average tastes of people walking into a bookstore. It’s made it possible for [some] authors to publish one book for children and one for adults each year; and it has boosted the quality of the books for children.” 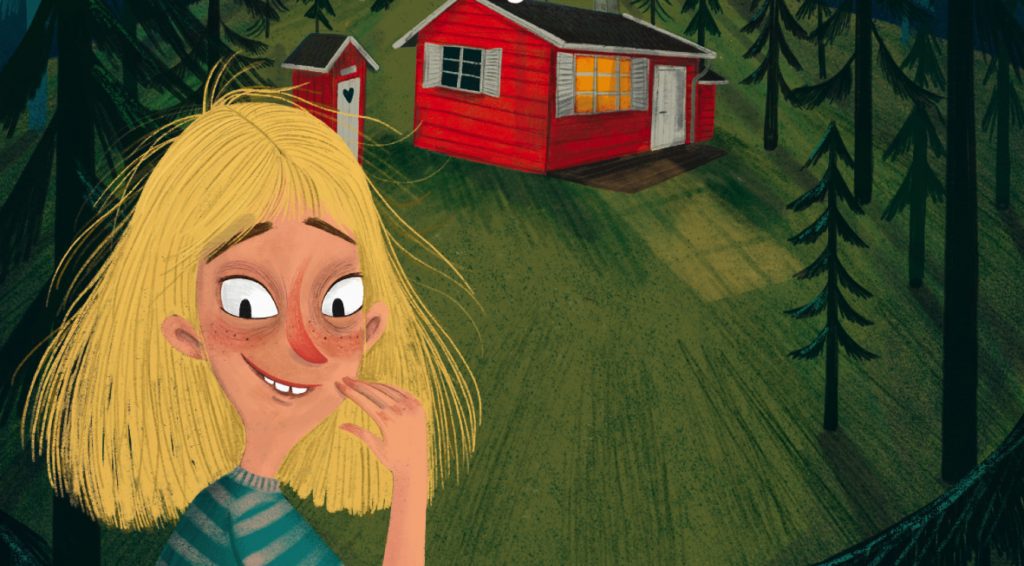 The British writer and translator Daniel Hahn, who edited The Oxford Companion to Children’s Literature (2ndedition), observes: “It certainly feels like there’s a disproportionate amount of great writing from Norway (and some other Nordic countries), by the standards of a country of only five million people. There’s obviously a strong children’s literature tradition, as well as a rich folk tale tradition. We often see a disproportionate presence in the Anglo market from countries where there are generous and strategically clever organisations devoted to the dissemination of their writers’ work. Of course, the brilliant books have to be there in the first place, and great translators, but having organisations that can support sample translations, publishers’ translation costs, author tours or whatever it may be, certainly helps.”

The Subject is Life Itself

Maurice Sendak, the American author of the much-loved Where the Wild Things Are, once said: “Truthfulness to life — both fantasy life and factual life — is the basis of all great art.” He refused to lie or pander to the idea of innocence, which can deny children access to knowledge and power.

Sendak understood that literature is a compelling way to address trauma. Many of Norway’s most striking books for children embrace this ethos, and since the start of this century, the picture book market has been flooded with books speaking to the fact that children have intense emotional experiences. While they may lack the language to express those feelings, they deserve access to information and a safe place in which to explore them. 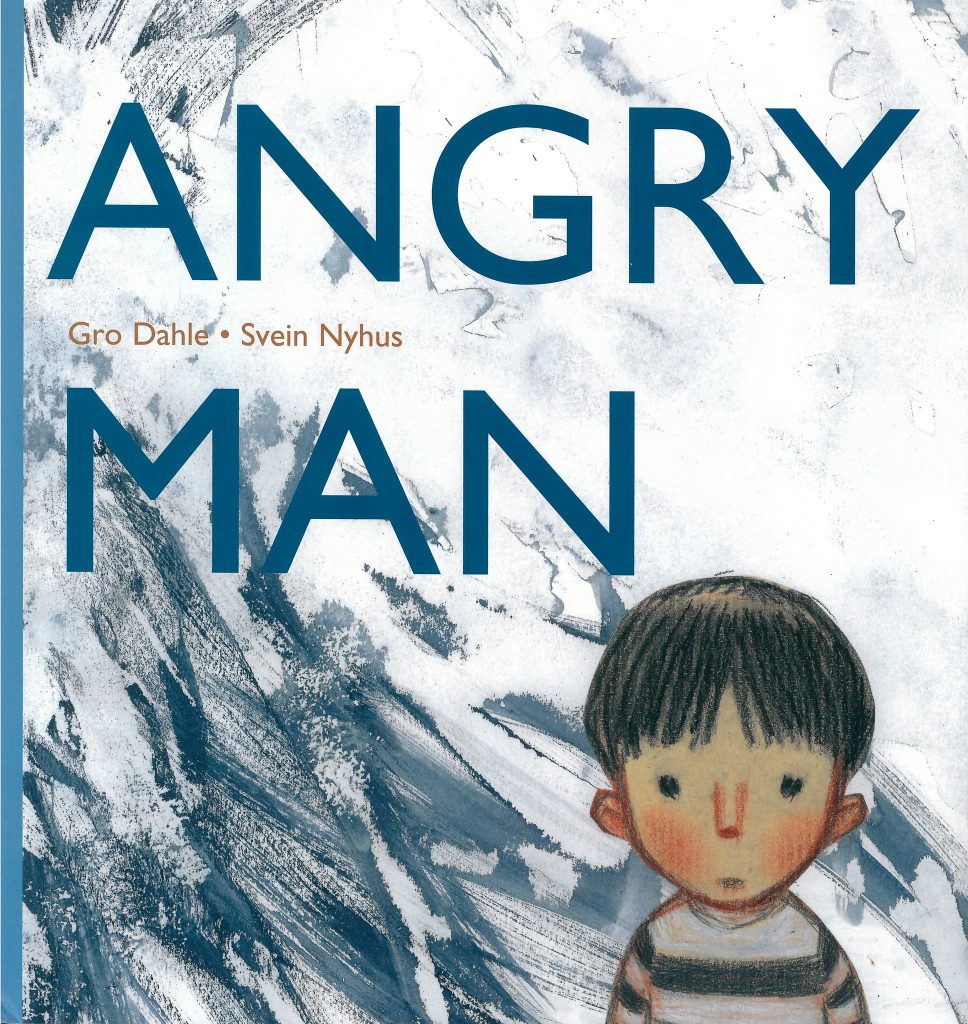 And so, in Norway we find books such as I Am Death by Elisabeth Helland Larsen and Marine Schneider, in which Death is introduced as an indispensable figure, allowing for the emergence of new life. Or Angryman, by Gro Dahle and Svein Nyhus, about domestic abuse. In an interview for the North/South Books blog, its translator Tara Chace said, “I do think [Angryman] has a ‘Nordic’ sensibility, particularly in its willingness to tackle difficult topics artistically but also matter-of-factly. Scandinavian children’s books don’t shy away from topics that Americans often find difficult to acknowledge bluntly in the context of children’s literature.”

There are other examples: Ulf is Unwell, by Rebecca Wexelsen and Camilla Kuhn, finds a sick dog visiting a vet being told that he is, in fact, dead; Gulraiz Sharif’s Listen Up!, which explores the clash of cultures facing a second generation Pakistani boy in Oslo; and My Father’s Arms Are a Boat, by Stein Erik Lunde and Øyvind Torseter, in which an anxious boy asks why his mother will never wake up again.

Lande explains that humour can sweeten any message. “Most books are not taboo busting, they are about everyday life – going to school, having trouble with your siblings, or your parents. There’s a lot of humour, a lot of laughing and a lot of slapstick.” For a good example of this trend, she recommends Torun Lian’s award-winning Alice Andersen series, about an anxious young girl. 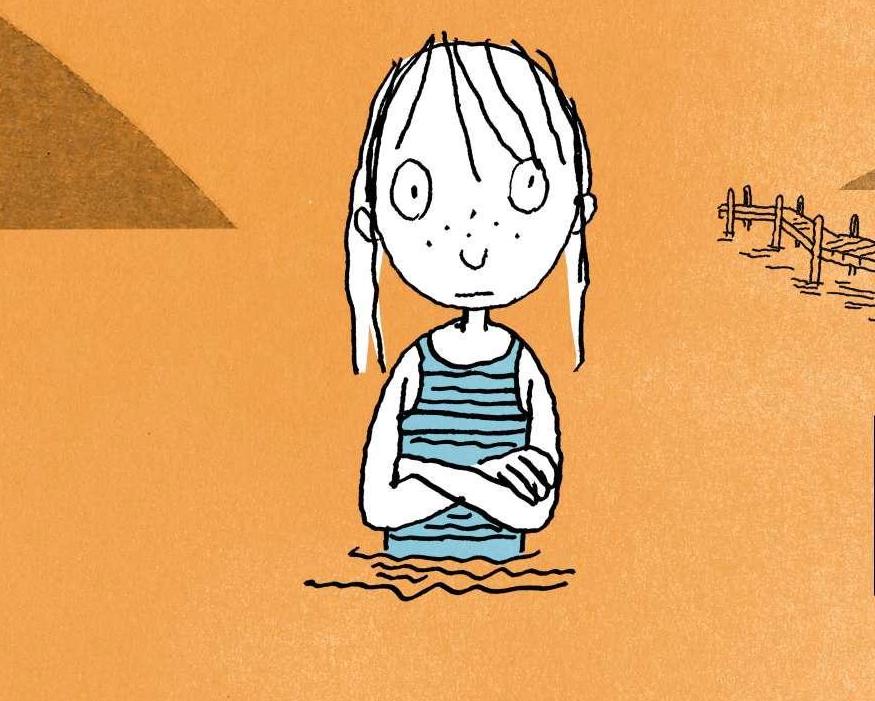 Anne Stefi Teigland also recommends Lian’s books, along with Ingeborg Arvola’s Buffy By books (illustrated by Nora Breck), about a girl growing up in poverty. “Children need stories that help them realise they are not alone, stories that can help make them strong. Even though they are very poor, Buffy remains very positive throughout everything.” At present, Lian and Arvola have yet to be translated into English.

Edinburgh-based translator Kari Dickson, raised on a diet of Nordic stories courtesy of her mother, most often translates Norwegian children’s books into English for the American market. “I did a fantastic book by Arne Svingen, Ballad of a Broken Nose, about a boy who dreams of being an opera singer, but whose troubled mother thinks he needs to go to boxing to man up a bit. The Americans really liked the book and topic, but they worried: ‘Is the ending happy?’” 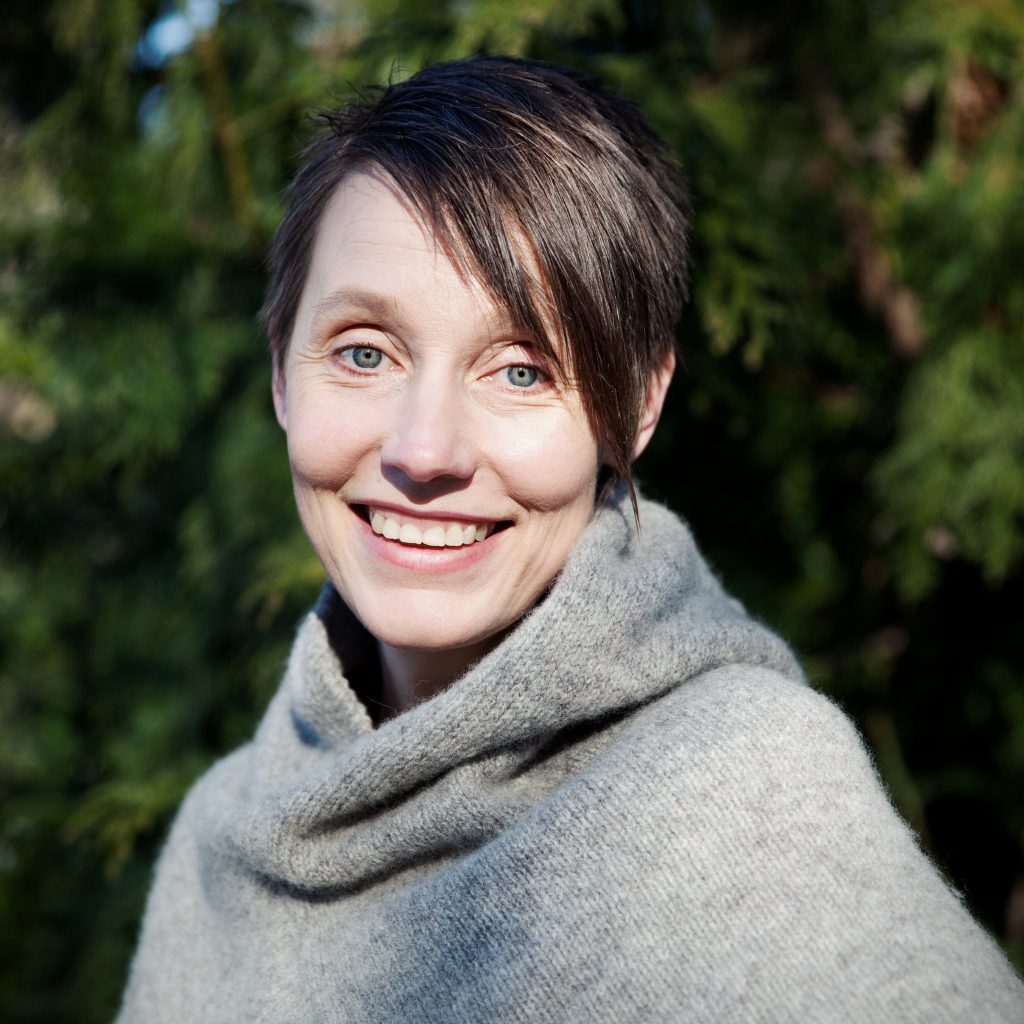 Daniel Hahn says, “Compared to the UK market, a number of northern European countries have very different attitudes to the portrayal of certain subjects in books for the youngest readers. (And even more when compared to other markets.) Sex and death are the two most obvious. Books dealing with these subjects do sometimes get translated, though I don’t think you’d ever see them in one of the really big houses here.”

Unsurprisingly, when it comes to non-fiction, books tend to reflect current social concerns. In the 1970s, many featured anti-authoritarian themes, or issues such as teenage pregnancy. Today, many explore the environment, and issues around gender and sexuality.

“There are some excellent examples,” says Anne Stefi Teigland. “Bjørn Arild Ersland’s non-fiction books start off with a question. In How Old Does a Tiger Get?, illustrated by Per Dybvig, he confronts the fear that his older cat might die by finding out long it might live, and why different animals have different lifespans. It’s an interesting topic, philosophically handled.” She also cites his work, Imprisoned: A Book About Sitting Inside, which asks what it’s like to be in prison and, unusually, features photographs rather than illustrations. Neither title is currently available in English.

People in Their Own Right

Teigland explains that Norwegians “view children as competent citizens: children are human beings, not becoming human beings — they’re people in their own right.”

Therefore, writing for younger readers is a high-status job. Kari Dickson says: “Children are given the same quality, and the same sort of information as adults. Books for young readers are given equal credit and weight as other work. The illustrations are often incredible.”

In Norway, the esteem given to YA and children’s literature is evident. Its authors and illustrators – like its young audience – thrive in an environment that supports and encourages their growth. And, in common with its libraries, which are no longer silent shrines but vibrant hubs of activity, Norwegian children’s literature now buzzes with ideas and the full richness of life.

For more information visit the Books From Norway site run by NORLA.

Update, 18 August 2021:
The writer of the Buffy By books, Ingeborg Arvola, has been announced as the winner of the 2021 Norwegian School Librarian Association’s Literature Award. The award will be presented in Fredrikstad on 3 September. More information is available here (in Norwegian).

13 August 2021 / Lee Randall is a freelance writer, editor and book festival programmer based in Edinburgh. Categories