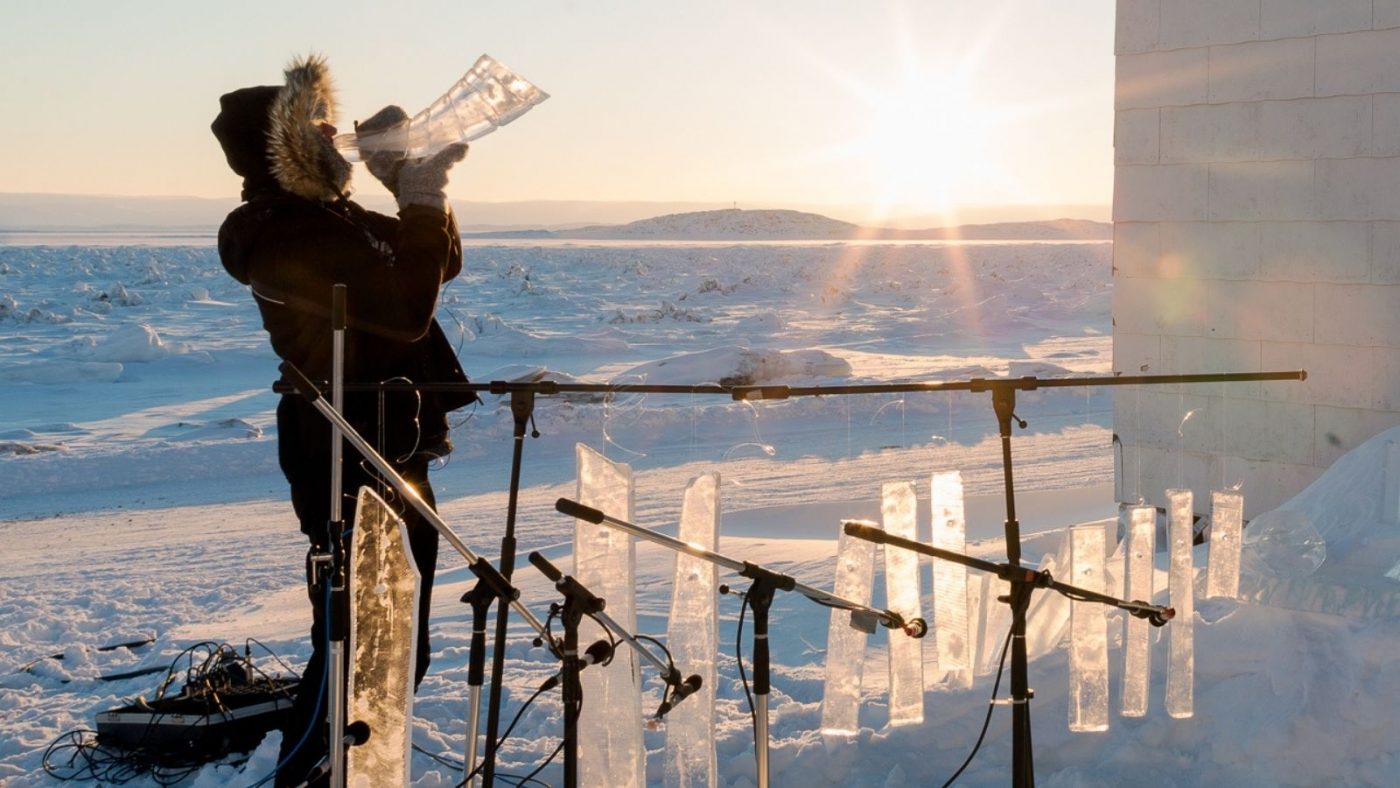 As the EFG London Jazz Festival 2021 opens, Fiona Talkington talks to some of the Norwegian jazz musicians performing this year. Reconnecting with old friends, she hears new stories of playing music through the pandemic, firing up an audience and the unknowable sound of ice.

If you want to know where Norwegian trumpeter Nils Petter Molvær is right now – musically speaking – you only have to listen to ‘Median’, the opening track of his latest album Stitches. Here is a man and his trumpet, producing the purest, most lyrical of sounds, totally at ease. 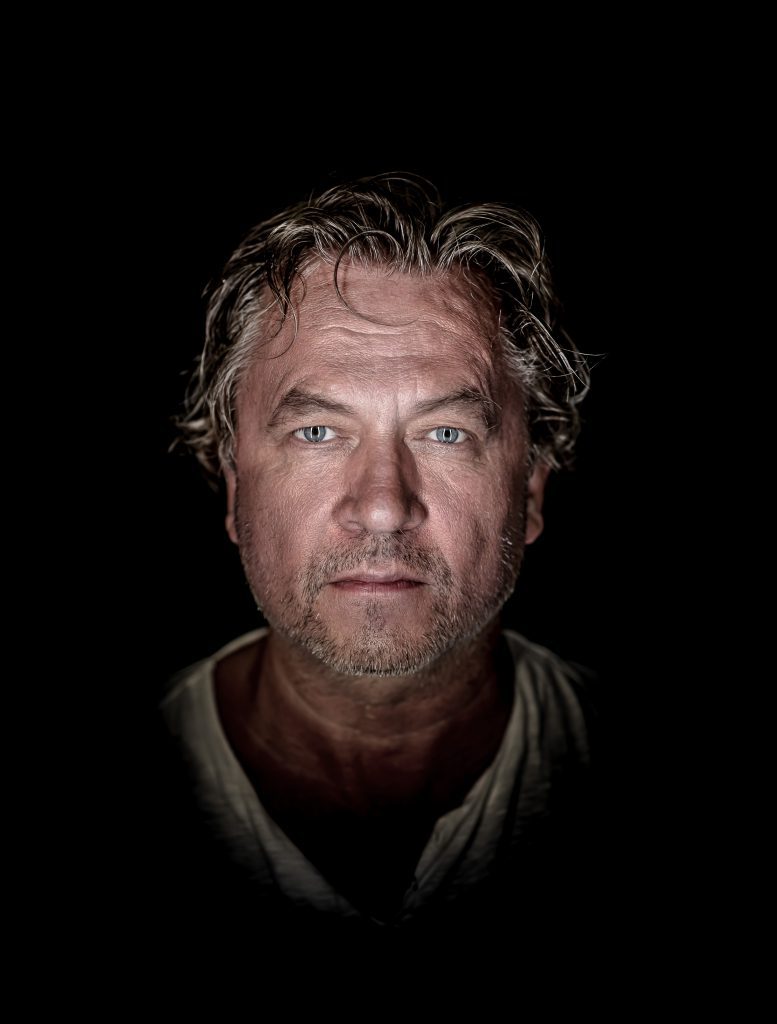 Following his haunting fanfare, comes his band: the eloquent, incisive Erland Dahlen on drums and Jo Berger Myhre (the architect behind the jazz ensemble Splashgirl) on bass. Stitches features guitarist Johan Lindström, who is currently touring with Ane Brun, so appearing in London is the ever-adventurous Juhani Silvola, the Oslo-based Finnish guitarist, composer and producer.

“It’s about making music together and more and more about giving everyone the freedom that they want,” says Molvær about his new collaborative direction. “I like to work with people who have their own ideas”. One of the biggest names in Norwegian jazz, Molvær felt he had got to a point, after the last few albums, where “it was too difficult to be a trumpet player in a powerful sound world. Now there’s space for me to play softly. There’s a mutual respect in the band, there’s no competition, and I love that.”

The pandemic was tough on Molvær, who was very ill in hospital with Covid. During his recovery the trumpet helped him get back on track, playing long notes for hours on end, rebuilding strength in his lungs. “The trumpet’s my voice and the extension of my voice, but it’s not like I have a personal love affair with it,” he laughs. “It was my training apparatus after hospital. But it’s my instrument, my living, and I haven’t finished learning, I haven’t finished with anything, I want to make it even more personal.”

Stitches brought the band together for just five days in the magical Ocean Sound Recording studios outside Ålesund, just as lockdown sent everyone back to their own form of isolation. But they had enough material to share and with Myhre’s help in particular, there was an organic weaving together to release an album which has an underlying honesty, that brings together the authenticity you hear in the music Molvær composes for theatre, ballet, and film, with the sound that draws audiences to him all over the world. Returning to London, back to a live audience, he has discovered a renewed energy. Playing to the biggest crowd for a long time in Salzburg recently he saw hundreds of people in masks going crazy – “it was like being in a Japanese sci-fi movie”. 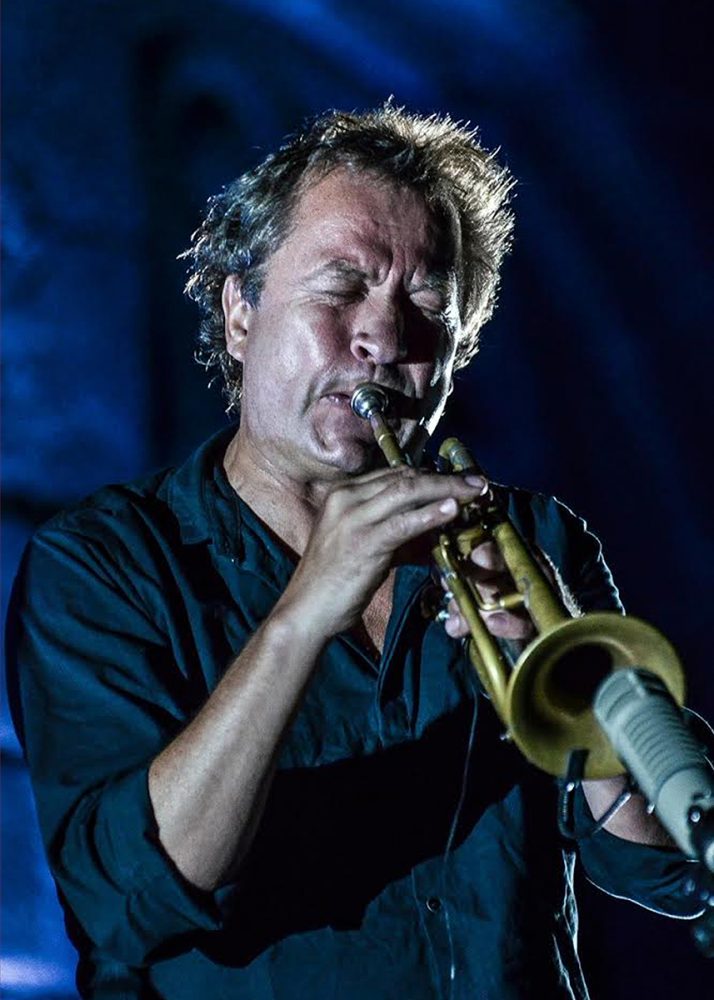 Guitarist Hedvig Mollestad is also excited about returning to London. The Hedvig Mollestad Trio (with Ellen Brekken on bass and Ivar Loe Bjørnstad on drums) last played in the city in 2014 at the Royal Festival Hall, opening for jazz fusion guitarist John Mclaughlin. But they now have their own large UK following.

The music world first noticed Mollestad when she won the Young Jazz Talent Award at Moldejazz in 2009. Following that success, she teamed up with Brekken and Bjørnstad, fellow students at the Norwegian Academy in Oslo. Her Moldejazz experiences go back to childhood, when her trumpeter father took her to hear Carla Bley, and later Bob Dylan and Van Morrison, the excitement of live music making a huge impact.

Mollestad grew up in nearby Ålesund where there wasn’t a big live scene, but one major influence was Ungjazz (Youth Jazz), a new local festival which she helped to run. And then Martin Revheim, who was to become one of the gurus of the Norwegian Arts scene (now the director of Sentralen in Oslo), began to spread his excitement of the Norwegian scene: this included a wave of musicians emerging from Jazz studies at Trondheim Conservatory. Mollestad calls this “the generation that changed everything”. Revheim brought bands such as Wibutee and Jaga Jazzist to Ålesund. “These things lit a fire in me long before I knew that I was going to go down that path,” says Mollestad. 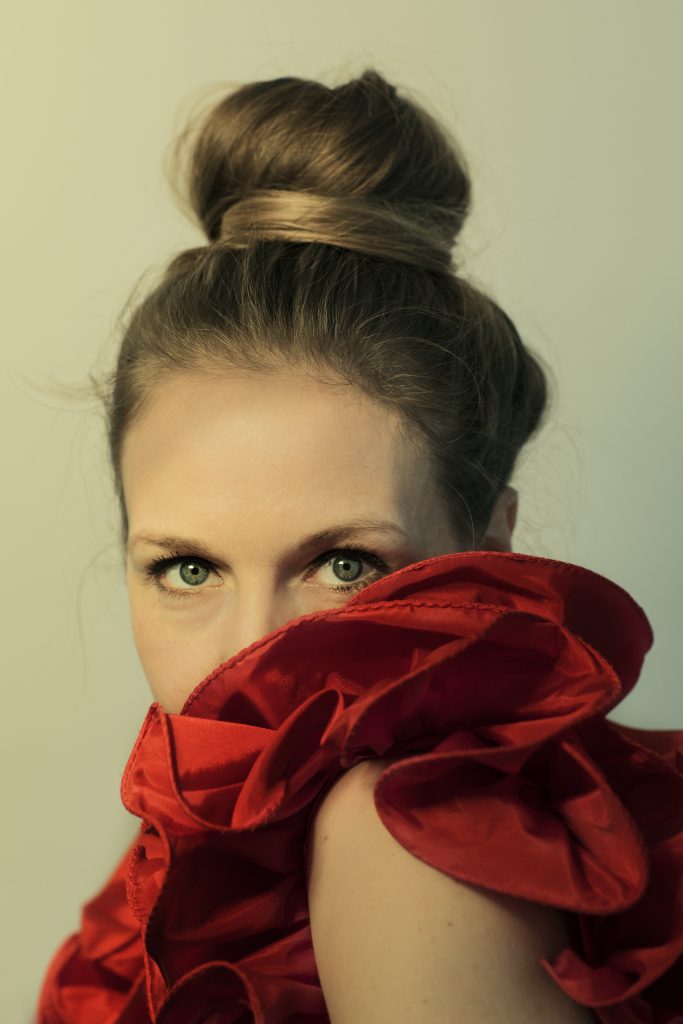 Her father also introduced her to early Miles Davis, Dizzy Gillespie, and John Coltrane, all of whom she adored and “loved on a harmonic and melodic level, not so much rhythmic because I had played very little with bass and drums together… I’d never played with drums until I was in my twenties.”

Mollestad began playing what she describes as “jazz things” – standards – with the Trondheim Jazz Orchestra, with Jarle Bernhoft and Hilde Marie Kjersem, doing things that inspired her. But, she says, “I needed to find the core in me. There was an imbalance playing with other bands, I wasn’t content because I should have something that was my own priority.” With Bjørnstad and Brekken, she also played standards; but they gradually realised they needed to progress. “It was more fun to play ragged and let go of the notion of perfection.”

“I got a kick out of discovering rock music that was more about basic rhythms and, because I hadn’t been touched by that in my teenage years, it was new to me. I felt like a kid, I felt I’d discovered something very new that made me feel free.” Top of the list was Black Sabbath, but there were also influences from Jazz guitarists Terje Rypdal and John Abercrombie and the prog-rock lineup The Mars Volta. 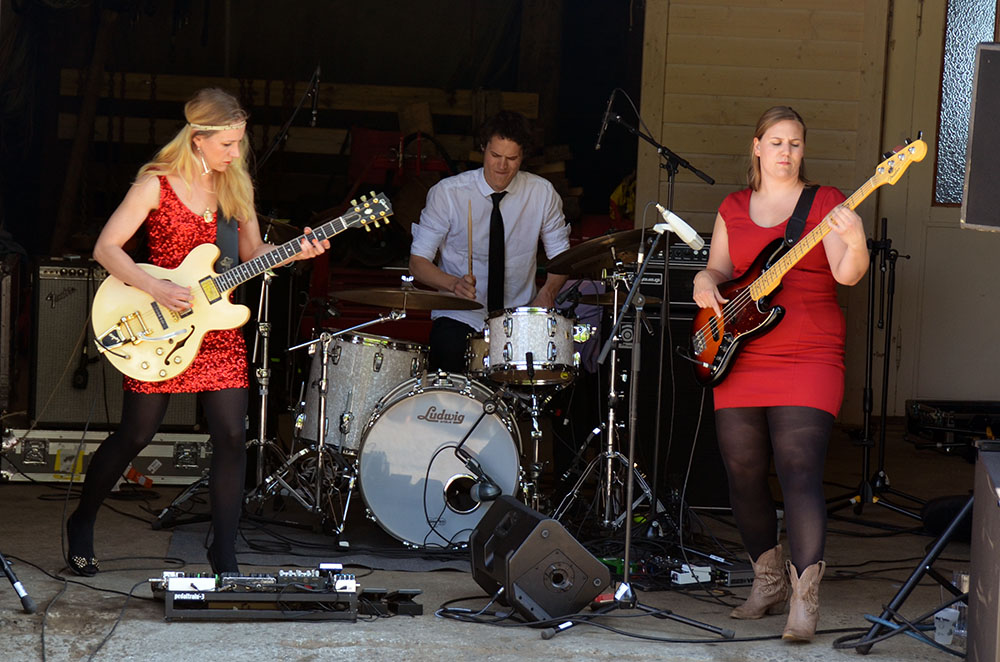 The Hedvig Mollestad Trio played a lot of live gigs, which helped them develop. Shoot! (Rune Grammofon, 2011) reminded their growing fan base of these high-octane shows. Reviewers quickly labelled them as jazz-meets-rock, but their personalities emerged, as did the relentless drive, the daring lyricism and the spirit of chamber music, all painted in the fiery red tones that lit-up the live shows and their outfits. And the audience have been an element: “What they bring in front of the stage affects the energy and level of magic between the musicians,” says Mollestad.

Earlier this year the trio released the album Ding Dong. You’re Dead. A pandemic album? “It was conceived with the pandemic in mind, but we tried for it not to be that visible,” says Mollestad. “It felt good to make this record under these circumstances, to have the space to do it, and I think we wouldn’t have made it if the pandemic hadn’t happened.” Audiences new to the Hedvig Mollestad Trio should listen to ‘All Flights are Cancelled’ – the opening track to their new album – and feel the floor move and imagine the stage lighting up. Live music is back and the Hedvig Mollestad Trio is back in town.

“You can either go with nature or go against it. I decided to go with it”
Terje Isungset

Terje Isungset arrives in the UK  along with a freezer trailer containing his ice instruments. He’s been working with ice music for 21 years. When we first met, he was playing with the legendary Swedish folk band Groupa. But, even then, he talked about playing with rocks, stones and moss – it wasn’t long before the possibilities of playing with ice emerged. Isungset is now world-renowned for his ice-music. Why ice? “It’s because I’m a drummer. When you’re a drummer you can choose your own instrument, or make it.” Invited to play at Moldejazz, he incorporated materials from nature and recorded factory sounds from his home town of Geilo. Just a year later he was invited to play in a concert behind a frozen waterfall: “You can either go with nature or go against it. I decided to go with it,” he notes.

On a trip to the Ice Hotel in Jukkasjärvi, Sweden (with trumpeter Arve Henriksen and pianist Iro Haarla), Isungset met the instrument-maker Bengt Carling. He soon learned how to make instruments himself – using ice. It was “trial and error, lots of mistakes, but I heard sounds that I had never heard before. It’s like finding a flower that no one has discovered before”.

I was at the very first Ice Music Festival that Isungset staged, some 15 years ago, in the town of Geilo in southern Norway, under the first full moon in January. It was an adventure, going to the top of the mountain where Terje, with ice drums, ice bells and ice trumpet, and singer Sidsel Endresen made extraordinary music. 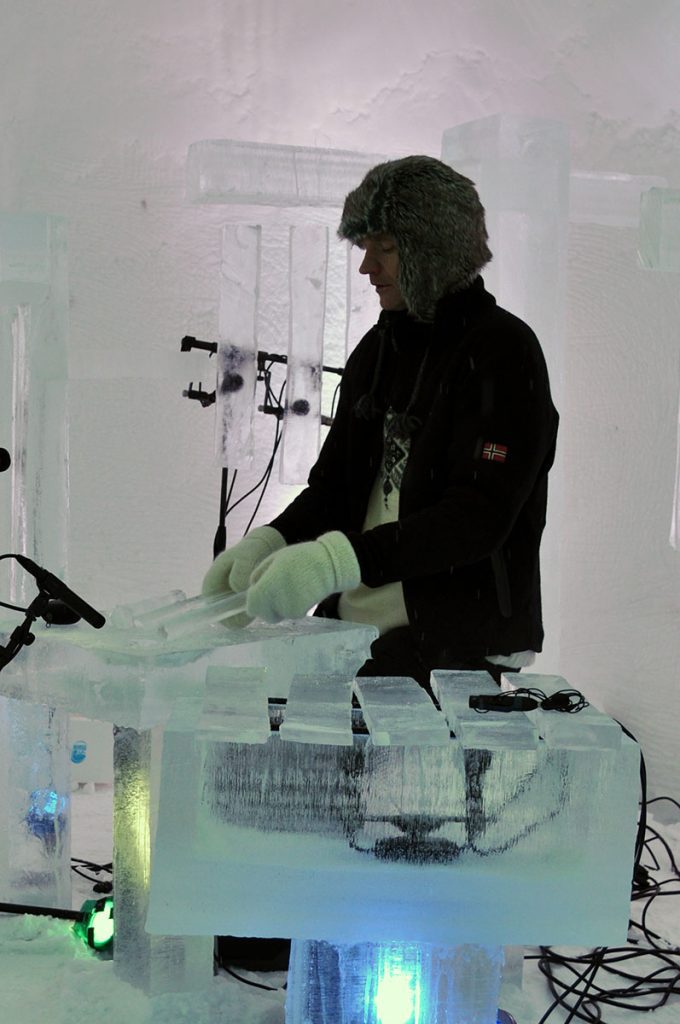 A few years later, the festival attracted international attention, with a range of artists and instruments. On my next visit I heard ice harps, ice cello, ice marimba, and went onto the frozen lake to harvest the ice. At the time, Terje said that he could tell how the ice might sound by looking at it. That has changed: “It’s not true anymore that I can see if it sounds good or not – the only way is to cut a piece and check the sound. These things are a big unknown.”

His respect for nature has been a constant; but, I wonder, how have audiences changed over his 21 years of ice music? “I’m always talking about the environment,” he says. “We knew all these things 20 years ago but people understand more now.”

Isungset’s music is at the heart of everything he does. His brilliant ice crew looks after the logistics. “Mostly I just try to be in the music, in the moment, not to use the brain at all, not to think about reaching out. I’m just a channel for the music, it’s about sound. But sometimes, afterwards, I think that this was something. The best moments are when I have no thoughts.”

12 November 2021, Fiona Talkington is a BBC Radio 3 presenter and co-founder of the award-winning Late Junction programme. She has been working with Norwegian musicians and artists for over 25 years. Categories