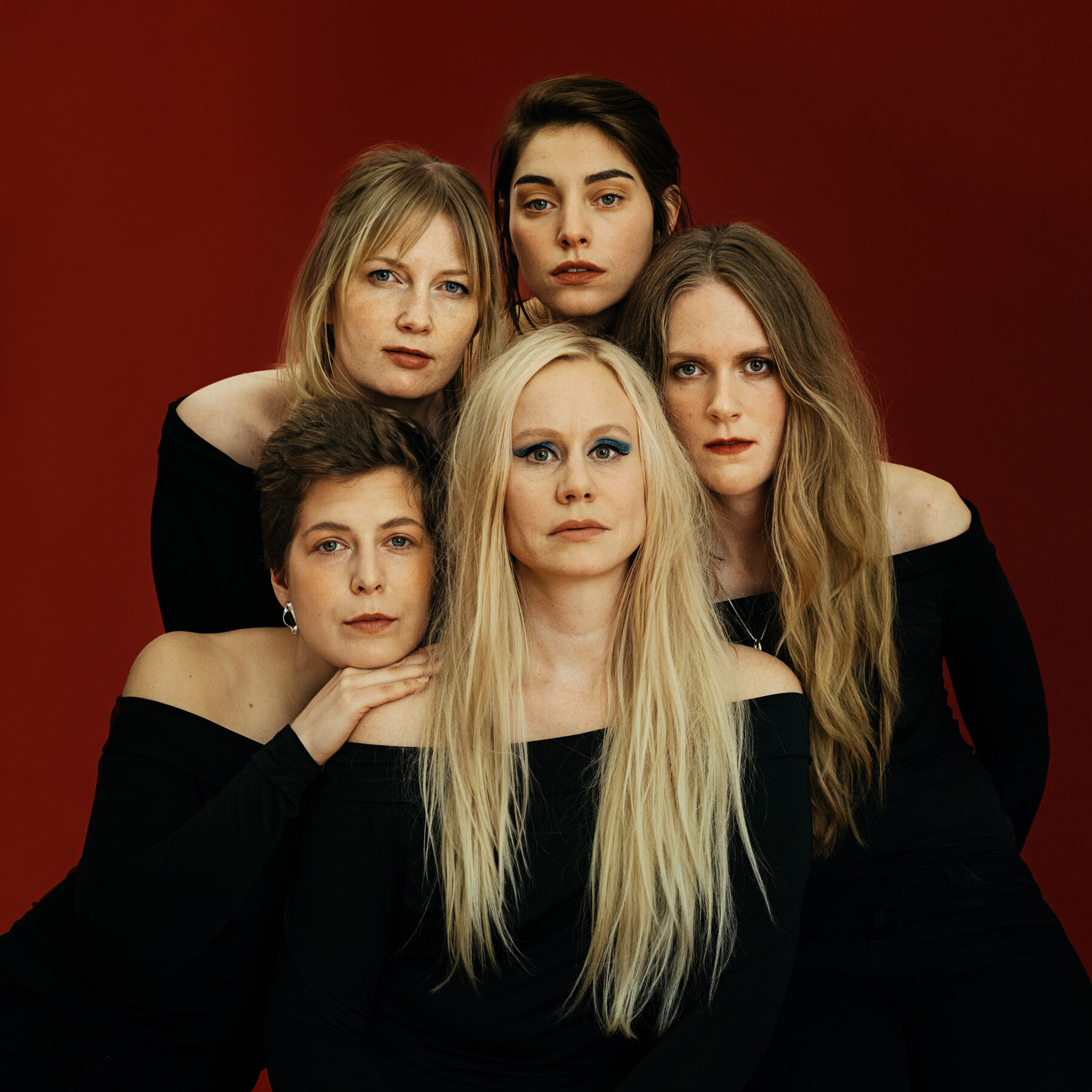 For well over a decade, prolific Norwegian songwriter Susanna has written and recorded some of the most inscrutable pop music in the world.  Ahead of herrecord release next month, NA speaks to Susanna on sound worlds, sustainability and the surrealist landscapes of Dutch medieval painter and album muse, Hieronymus Bosch.

A classically trained vocalist, pianist, and composer, she formed duo Susanna and the Magical Orchestra at the top of the naughties and in the years to follow would reimagine herself in numerous guises – from her collaboration with transgressive avant-gardist, Jenny Hval to reinterpreting one of Norway’s most influential poets Guvnor Hofmo as part of a poetry evening in Bergen. Last year’s Go Dig My Grave project is the latest string in the artist’s recent solo records, heavy in haunting cover versions of everyone from Lou Reed to Joy Division.

2019 sees Susanna return in yet another new setting: this time assembling a new collective The Brotherhood of Our Lady drawn from members of bands like Skadedyr, Stina Stjern, Listen to Girl and Propan.

As this is an Introducing article for Norwegian Arts, let’s get the introductions out of the way. Who are you and what do you do?

I am Susanna. I’m a recording and performing artist. I run my own label, SusannaSonata. I am my own manager. I do a lot of booking and administration. I’m very close to the process of releasing and performing my music.

You assembled a new group of musicians to accompany you for this record, The Brotherhood of Our Lady bringing together some real rising stars from the Norwegian music scene; how did that group of creatives come together – did you approach all of the artists individually or had you collaborated together previously?

No, the reason why I did it was that I got this commission from a festival here in Norway for totally new music. Of course, I could’ve chosen to have worked with my already existing bands and collaborators but I wanted to make something brand new. I hadn’t worked with any of these musicians before but I knew them a little bit and had heard them in other projects so yeah, it was a long process to find those musicians and to picture how this could come together. 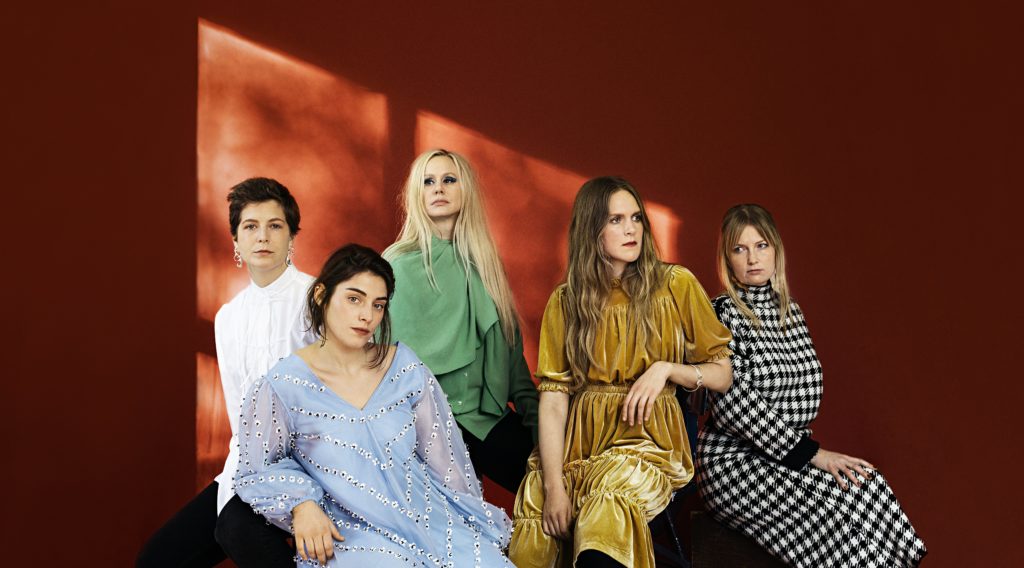 When Garden of Earthly Delights was originally commissioned for Vossajazz Festival in 2017 it feels like that was more of a personal project so did you have to adapt these song structures for the Brotherhood? How much have the songs adapted and changed since the original performance?

It was a period of lots of rehearsals with this music that I made to sort of learn how we all sound and what sort of sounds we could make together. The whole thing was originally recorded as one piece live. So whilst the songs have been the same all the way through, it took a while to put the songs in the right sound world but also setting for the live performance. It is the same sort of track order and everything but live there’s a little bit more improvisation, and a little bit more of a transition between the songs.

You recorded the album in the extraordinary Ocean Sound Studio on the Northwest coast of Norway, a fully equipped wooden hut that sits on a rocky outcrop at the edge of the sea. How do you think that experience shaped the final output of the new record? Was it important for your creativity to go back to nature?

Yeah, it is an amazing place. I think absolutely it has a lot of impact on where you work and what kind of surroundings you are in when you’re recording. Of course, there are a lot of elements that go into a process like this but I think to be there just right by the sea and to have small breaks during the day and go walking was really special.

You’ve said the first single from the new record, ‘City of Hope’ is largely inspired by the works of medieval Dutch painter Hieronymus Bosch. Tell me about your relationship with the artist and how his imagined landscapes influenced you as a musician?

I actually quite recently, or maybe even before I started working on this project, discovered the paintings of Bosch. I have sort of seen them because they’re part of our culture and history so I guess there are snippets of those pictures around but I didn’t really know about him, when he lived so I was really blown away by the fact that he’s like a 14th century painter and did these fantastical, surreal pictures long before the surrealist period.

I actually got to go to Den Bosch in The Netherlands for the big exhibition that was there. I think it was the first time they managed to collect that many of his paintings in one place. They’re all spread around, that was just a spectacular exhibition really and people came from all over the world to see it. At some point, the museum was sold out of tickets which has never happened before. They had to extend their opening hours. After I bought flight tickets to go to The Netherlands to see the show, I found out that ‘Oh, it’s was sold out. You can’t get in’ but then they extended the opening hours. They started at 8 in the morning or something so I got in in the morning and managed to see it all.

It’s not like a soundtrack to his paintings but I’ve used a lot of his titles so ‘Shape of Fools’, ‘Death in the Miser’; those titles are titles for his paintings. I’ve started new stories using those as a starting point alongside the world we live in today. I think it’s very interesting to work like that, using an older topic and really get inspired by something and take it from there.

You’re a classically trained vocalist, pianist, and composer – when did music first come into your life? Did you grow up in a musical household?

Yeah, sort of. I’ve been singing all my life. Music is really important part of my life and always has been. I remember making some songs on the piano probably after I started to take some piano lessons when I was around seven or something. Small simple pieces (laughs). I liked very much to just sing songs. I’d make up my own songs especially when I was in bed when I was about to go to sleep. I often went through all the songs I knew and then started to make my own. So that was probably the earliest moment connecting with the music.

That’s an interesting approach considering all of the huge covers you went on to reimagine, following a similar approach recounting the hits that you know…

It feels related, definitely. And also people say they fall asleep when they listen to my music so…(laughs)

Speaking about the new release you said, “Humanity has never been more enlightened and competent to make sustainable solutions for everyone, but we still close our eyes to poverty, environmental issues and lack of equality.” If someone reading this was motivated to start making even a small change, what would you recommend?

I think that I am just more aware of the situation today so I really like to ask myself if I actually need that new piece of clothing or that new thing. I really try to not buy so many new things and maybe use some second-hand things or try to make things a little bit more sustainable that way. Do my little thing and not contribute to the over-consumption in society but there are a lot of other things as well, of course, that are on my mind. It can feel very powerless when the people who actually govern and rule the world make decisions that are against every change for a sustainable way of living. It’s crazy times. It feels like there are so many things that I thought when I grew up, after having the second World War in the history that we would never go back to the kind of extreme point but what we see today is that we’re heading totally in the wrong direction again. Alongside technology and the digital revolution, it’s all quite scary.

January starts off with some concerts already. Next year, I’m doing concerts as a solo artist, duo, trio and with The Brotherhood of Our Lady and also with my Go Dig My Grave project that was released last year. We’re playing some festivals so I’m looking forward to it all. There are also some other projects that I am working on; new recordings and new live performances. I would love to come to the UK with this new music so let’s hope that will happen too!

Garden of Earthly Delights’ is out Feb 22nd via the SusannaSonata label.