Jenny Hval’s debut book from 2009 is finally translated into English. We caught up with her editor, Cian McCourt of Verso to speak to him about Paradise Rot and Hval’s writing.

Jenny Hval is certainly best known as a musician. Her most recent full-length albums have been critically acclaimed. 2015’s Innocence is Kinky featured in many publications’ best of the year lists, including The Guardian and Pitchfork and 2016’s Blood Bitch placed similarly well. But alongside her atmospheric and thought-provoking music Hval is also a writer and has had several novels published in Norwegian.

This year, though, Hval’s first novel has been translated into English. Paradise Rot is a strange story told through the eyes of Jo, a Norwegian who moves into a converted warehouse in an unfamiliar town in Australia. American writer Chris Kraus says Hval “creates a parallel world that’s familiar but subtly skewed. As intriguing and impressive a novelist as she is a musician, Hval is a master of quiet horror and wonder.” Now, let’s hear from her UK editor about what made him choose Paradise Rot for Verso.

How did you first hear about Jenny Hval?

Her name had been familiar to me for a little while, and I knew the title track from Innocence is Kinky, but it wasn’t till Apocalypse, Girl was released that I began to appreciate what an interesting artist she was.

How did the decision come about to publish Paradise Rot, Jenny obviously has a few novels published in Norwegian?

I read in an interview that Jenny had been published in Norway and I got curious. So we took a look at Paradise Rot as well as an intriguing non-fiction book she’d published a little later. But we’ve been looking to expand our fiction list, and the novel seemed a more immediately relatable book. 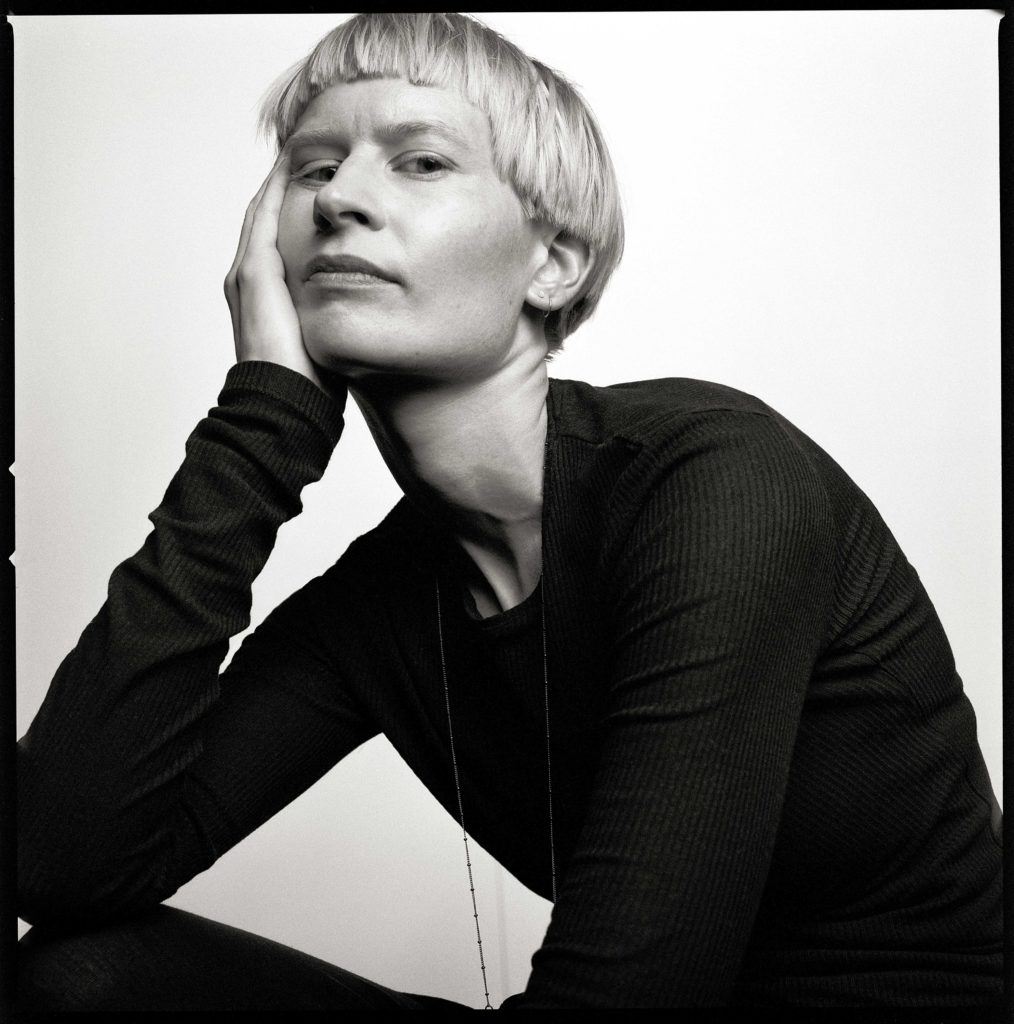 What most struck you about Paradise Rot and Jenny Hval’s prose when you first read it?

Unfortunately, I have zero Norwegian so, until the translation was delivered, I had only read a small sample of her writing. But what I saw in that sample reflected the frank lyricism I enjoy in her music.

How involved was Jenny in the translation by Marjam Idriss?

Marjam and Jenny were in touch throughout, and so we received an excellent and thoughtful translation. Jenny was also heavily (and graciously) involved in the subsequent editing with me and then our star copyeditor. We all had fun getting this book into English.

Why do you think Paradise Rot is a good fit for Verso?

Verso has always published bold and intelligent writers, and books that add something to political and cultural discourse, and both the author and work fit with that project. 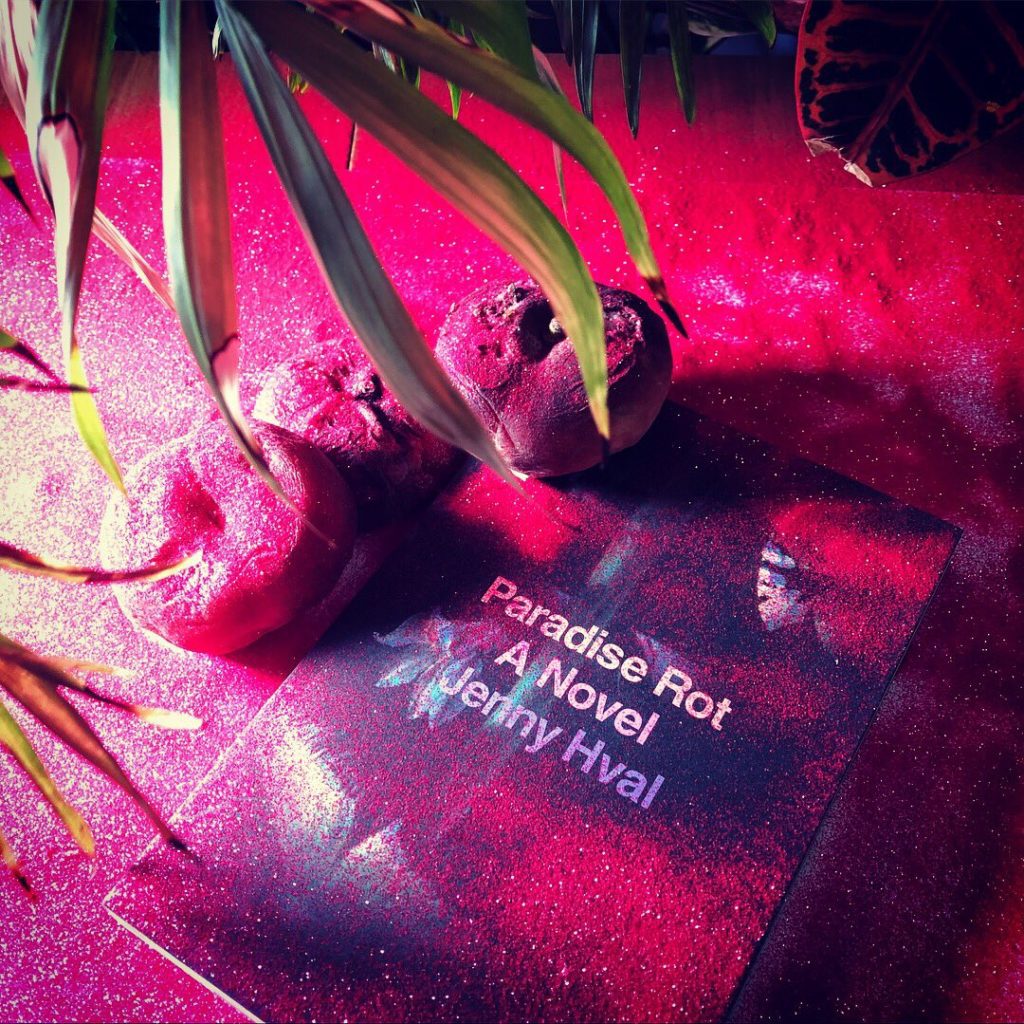 What are the qualities and characteristics that mark out Jenny Hval as a writer?

I think these qualities overlap with those that make her such an intriguing musician: there’s a tactile, collaborative aspect to all her work. I don’t necessarily mean collaborative in a collegiate sense (though that’s certainly true of Jenny), more a willingness to engage with a physical or cultural environment – this is evident in her live shows and in the references she makes in her lyrics. Her writing has that curious, responsive quality too. The narrator of Paradise Rot is very attuned to her environment and how the world around her is shifting and responding to her presence.

Jenny had an album called Viscera and that dealt with (as a lot of her music does) themes of the body as well as language. How important are the corporeal and the aspect of language to Paradise Rot and its appeal?

We’ve all found ourselves in strange environments and unpleasant situations, and I think where Paradise Rot really succeeds is in how Jo’s reaction to circumstances is so very corporeal; she’s not stuck in her head with her thoughts but aware of how her body (and the bodies around her) are behaving and reacting. Bodies are strange but relatable things, and finding the language to write about them with candidness and sensitivity is one of Jenny’s strengths.

Jenny’s music is often described as ‘provocative’ and that may well be a loaded word but how much does Paradise Rot provoke the reader; whether with ideas or imagery?

I think critics can be too swift to label any work that has a focus on the body as provocative – which I’d consider more an empty term than a loaded one. There are some striking images in the novel, but no one’s out to provoke anyone (I don’t think).

Paradise Rot is out now through Verso.