Norwegian movie director Harald Zwart is well-known in Hollywood for directing high-grossing films such as The Karate Kid and Agent Cody Banks, but has also directed music videos for the Norwegian band a-ha. This November, Zwart and his team combine the two genres and come to London to present the new musical Séance – based on the true story about the greatest murder mystery in Scandinavia in the 1930s.

How did you end up with this story and how did this idea of a Norwegian musical start?

We had a summer house on the Island of Hankø, and I grew up next to the original house where this murder mystery took place. It was part of our childhood lore. My dear “Aunt Liv” was the daughter of the police prosecutor who tried his best to get the case tried in the court, but the case eventually got dismissed. Her father ended up writing a book about it instead. Aunt Liv asked me to make a movie of the story. But instinctively we knew it was a natural to be a stage play. 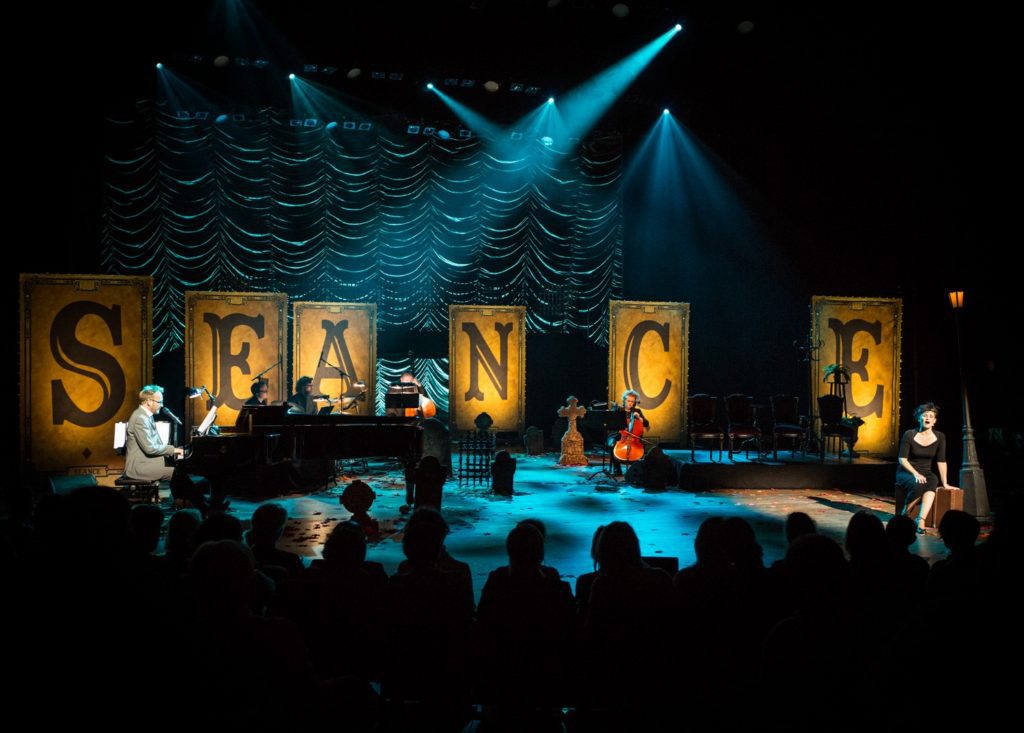 Veslemøy (producer and my wife) and I were working on this story for quite some time and struggled with finding the right angle to the inner life of the characters. Then, one summer evening in 2011, when Karoline Kruger and Sigvart Dagsland came to visit us in Hankø, they played some new material on this old piano of ours and it sounded like something characters in this milieu could have sung. That’s when Veslemoey looked at me and expressed the bold idea… – let’s make the most famous murder mystery in the history of Norway into a musical.

That same night, I have to admit, we went ghost hunting down the hill and peeked through the windows of the old house where it all happened. It was scary – all that energy surrounding us and all of a sudden, feeling our characters’ presence. Perhaps they decided to come forward because we had just come up with the crazy idea. Perhaps the universe had conjured the spirits for us. Sigvart and Karoline brought in the best lyricist in Norway, Mike McGurk, and we brought in the experienced American playwright, Allison Robbins, to help with dialogue and other additional writing.

How is it for you as a movie director to switch from doing mostly films to doing a play and a musical like this?

I’d written this piece originally as a movie. Once we realized it was perfectly suited for the stage, we needed to bring a musical team together and create a “family” well-versed in musical composition. Taking what I had learned from my early theatre experience in Bergen, we wanted to see if we could bring it to the stage before turning it into a movie. When Paul Taylor Mills at Andrew Lloyd Webber’s The Other Palace, (his incubator theater for new musical works) invited us to do a workshop, they teamed us up with the brilliant director Philip Wilson and casting director, Will Burton CDG. We have been steadfast in our development and never lost sight of our goal of bringing this spellbinding story to life. To this day, no one knows whether she killed her father or not.

How did you adopt the musical to fit in to the Brits (if that is the case)?

Great emotional stories are universal. We changed some of the specific nomenclature and some character names but we were dedicated to keeping this Norwegian and true story true to Norway and depicting the zeitgeist of the times of post World War I when spiritism was believed to be a science. Our goal was to make this very Norwegian mystery accessible to a non-Norwegian audience.

It has been mentioned that Seance is “Ibsenesque”, in what way is Séance is inspired by Ibsen?

Hedvig’s wish in the Wild Duck, to be “seen” by her father, which drives her to despair, has common ground with the medium of our story. Both characters did everything in their power to be good, obedient daughters, sacrificing their own needs at every turn. They were products of their time, secondary to the men in their family, a position that made life for them nearly unbearable. What are the consequences of oppression and inadequate tools for dealing with grief.

Are you planning any new projects in the UK in the future?

Follow this link for more information about Séance and to book tickets.