at The Other Palace 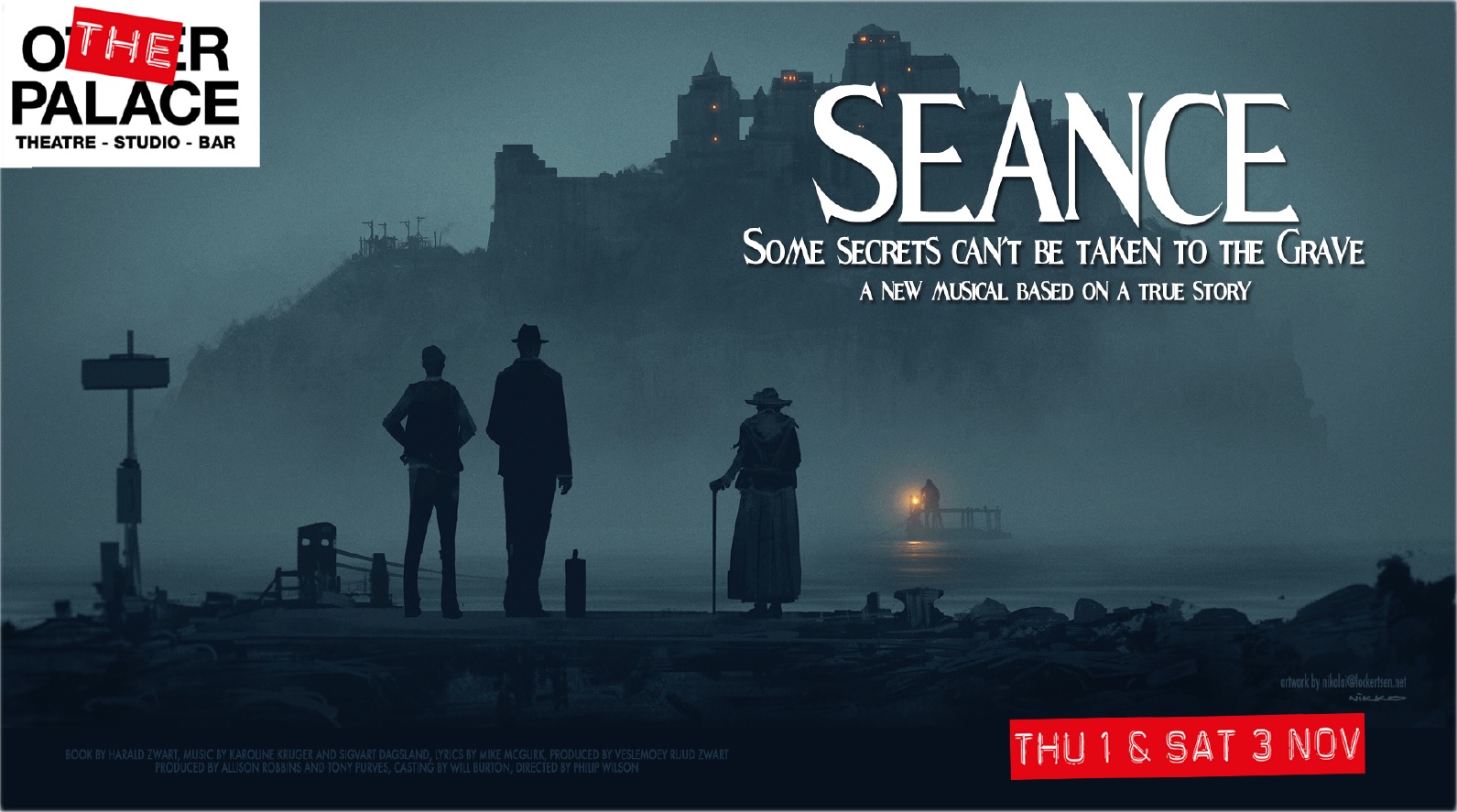 Séance is a new Norwegian musical written by movie-director Harald Zwart, based on the true story about the greatest murder mystery in Scandinavia in the 1930s. The case was never solved.

A young woman, the medium Elisabeth Turner (Ingeborg Køber), was accused of murdering her father after predicting his death . Was Elisabeth an innocent medium or a dangerous killer? The story is told through her defense lawyer, who himself was harboring a big secret.  A snap-shot of the patriarchal society, of Norway in the 30’s set in an Ibsenesque, gripping love story of two people who would’ve been perfect for one another had they met under different circumstances.

Séance is produced by Veslemøy Ruud Zwart who had the daring idea of turning this Norwegian Noir Story into a musical. Original music made by Karoline Kruger and Sigvart Dagsland, two of the most renowned singer/songwriters in Norway, and lyrics by Mike McGurk.