Ibsen at a glance

The famous Norwegian playwright, theatre director and poet Henrik Ibsen is known to have written some of the world’s most notable and profound plays. We asked Norwegian author and biographer of Ibsen, Ivo de Figuereido, to break down his five favourite works, and give us his take on why he thinks Ibsen is still relevant today – over 100 years after his death.

Yes, I know, these are two plays. But they are inseparable. Brand is the fiery priest who believes that God demands ”all or nothing” from his followers. He himself lives by his own words, to such an extent that he sacrifices the life of his wife and child for his calling. Peer Gynt is Brand’s opposit, a man with no principles what so ever. And yet he never gives up his ambition to ”be himself”. Ibsen had his breakthrough with these two rebellious plays that broke thoroughly with every aesthetic rule of his days. The fact that they still capture, proves Ibsen’s genious more than anything.

This is Ibsen’s darkest play, and it is impossible for us to grasp how much it shocked Ibsen’s contemporaries. Helene Alving has tried to protect her son Oswald from his dissipated and alcoholic father, Chamberlain Alving. Now the chamberlain is passed, and Helene tries to chase away the ghosts of the past by building an orphanage for her husbands money. But the ghosts are not so easily exorcised; the orphanage burns to the ground, Oswald goes insane from the syphilis he inherited from his father, and Helene herself realizes that indeed she had a part in her husband’s fall, by denying him that ”joy of life” he so desperatly longed for. The sins of the fathers lives on. As well as those of the mothers. 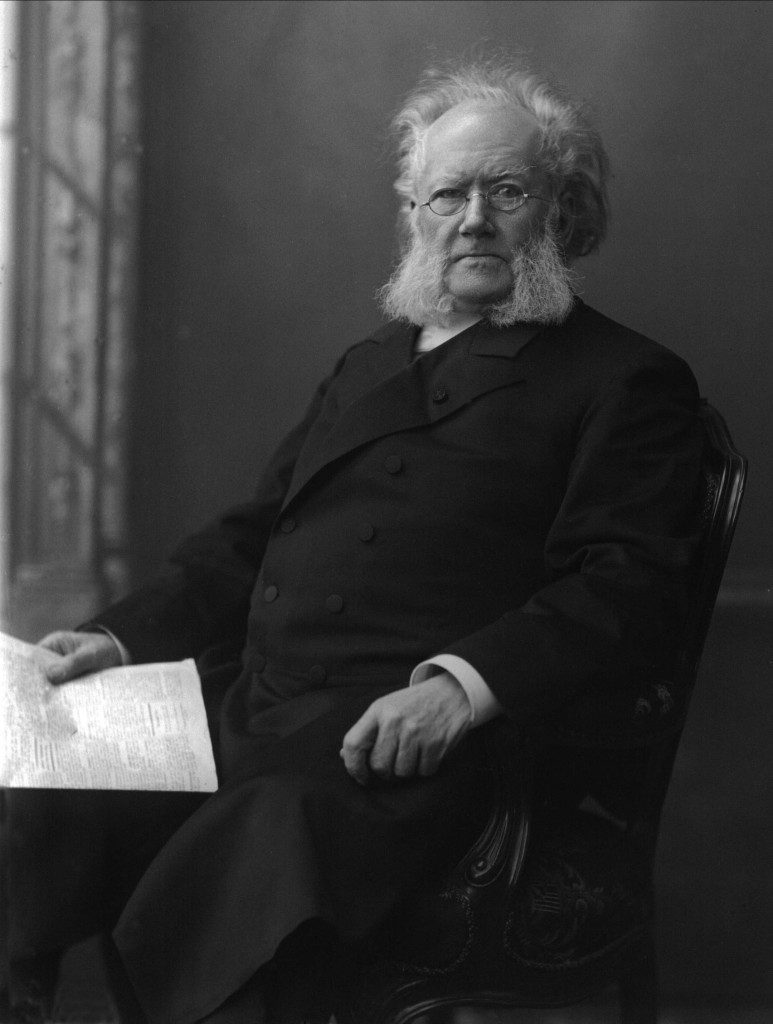 Turns out that Ibsen was a pioner in environmental activism! Doctor Thomas Stockmann discovers that the water in the spa of his hometown is polluted. He thinks himself a true hero when he publicly demands that the spa shut down. As it turns out, the spa also is the main income source of the town, and what Stockmann ripes is not gratitude from his fellow townsfolk, but scorn. Is Stockmann a hero for blowing the whistle? Or is he a clown because he actually believes that people will change their ways when confronted with the bare and naked truth? And, yes, if you remove the pollution from the water and throw in a shark, you’ve got Stephens Spielberg’s Jaws…

This is often considered as a weak play because of it’s happy ending, so rare in Ibsen’s oevre. To me it’s one of his most beautiful works. Elida Wangel suffocates in her marriage. She longs for the sea, and for the mysterious love of her past to return. When he finally shows up, her husband does what no other male Ibsens heroes does; Doctor Wangel listens to Ellida, asks how she feel about her life, before giving her his blessing to choose the life she craves for. This is all Ellida needs to hear to renounce her lover and return to her husband. No dying from syphilis, no slamming with doors. Just a peaceful reconcilation between an ordinary couple who embraces the little love in life.

What is true of Lady from the sea, is even more true of Little Eyolf. Never before, nor after, did Ibsen find so much poetry and greatness in such small lives. When Eyolf was a baby he fell of a table because his parents, Rita and Allmers, were making love in another room. The accident partly paralyzed the child, and growing up the sound of Eyolf’s crutch, indeed his very existense, keeps the parents feeling of guilt and shame alive. When Eyolf dies by drowning, the stage is set for an intense chamber drama with to grief-stricken parents torn between guilt, denial, jealousy, egotism and a sincere wish to redeem themselves and find a new purpose in life. Ibsen was never as close to the human heart as in Little Eyolf. 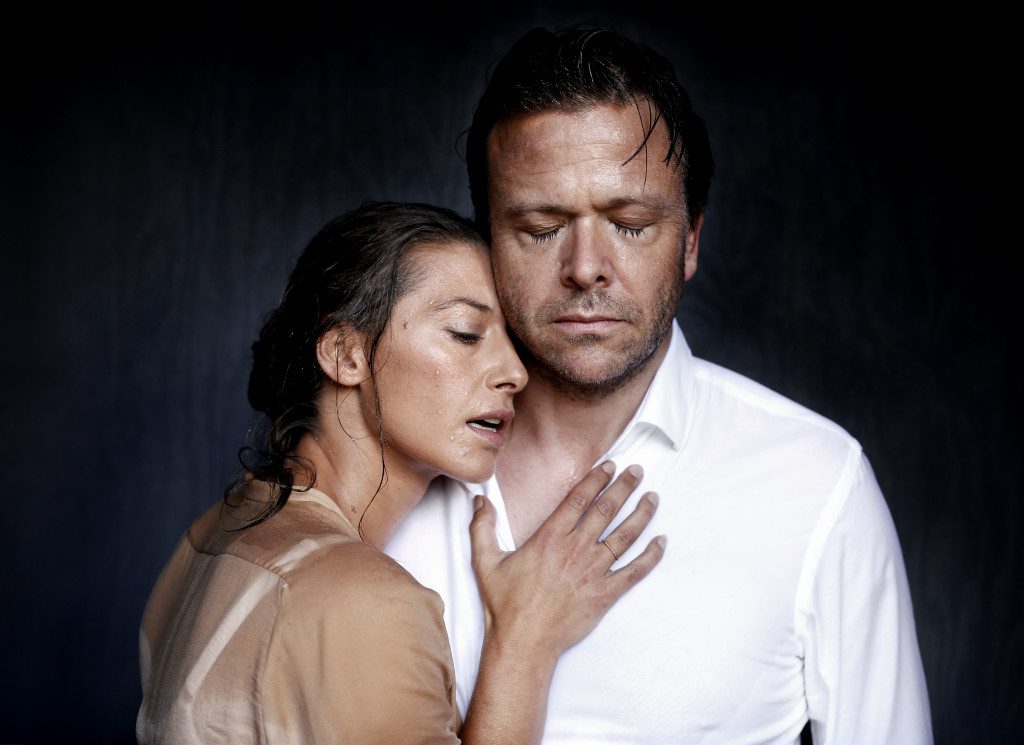 Ivo de Figueiredo has written several books on Henrik Ibsen, and in January 2019, one of his books Henrik Ibsen. Man and mask is being published in the UK, whilst one of Ibsens plays, Little Eyolf is to be shown in Norwegian this April.

Now that you’ve mentioned these five plays we have to ask you, Ivo, why did you choose to write about Ibsen? What kind of book is this?

Henrik Ibsen. Man and Mask is the new full scaled biography of Ibsens life and work, and these days I’m counting down to the release of Yale UP’s English edition on January 14th 2019. In the biography I have tried to capture Ibsens life and work, and to show how Ibsen throws light on European cultural and intellectual history from the romantic age to the modern Europe of the 20th century. As the enigmatic “poet-prophet” he formulated the questions of his own time, as well as ours: How are we to live as individuals in the flux of modern experience, relying on the firmness of our own self, and at the same time learn how to live with others, our loved ones, our family, dealing with society as well as the ghosts from the past and the hopes for the future.

What kind of relation do you have to Henrik Ibsen’s work yourself?

When I started writing the biography, I had only read two or three plays. So I didn’t start out as a Ibsen fan, but during the writing process, and ever since, I am dedicated to his plays, and always return to them. 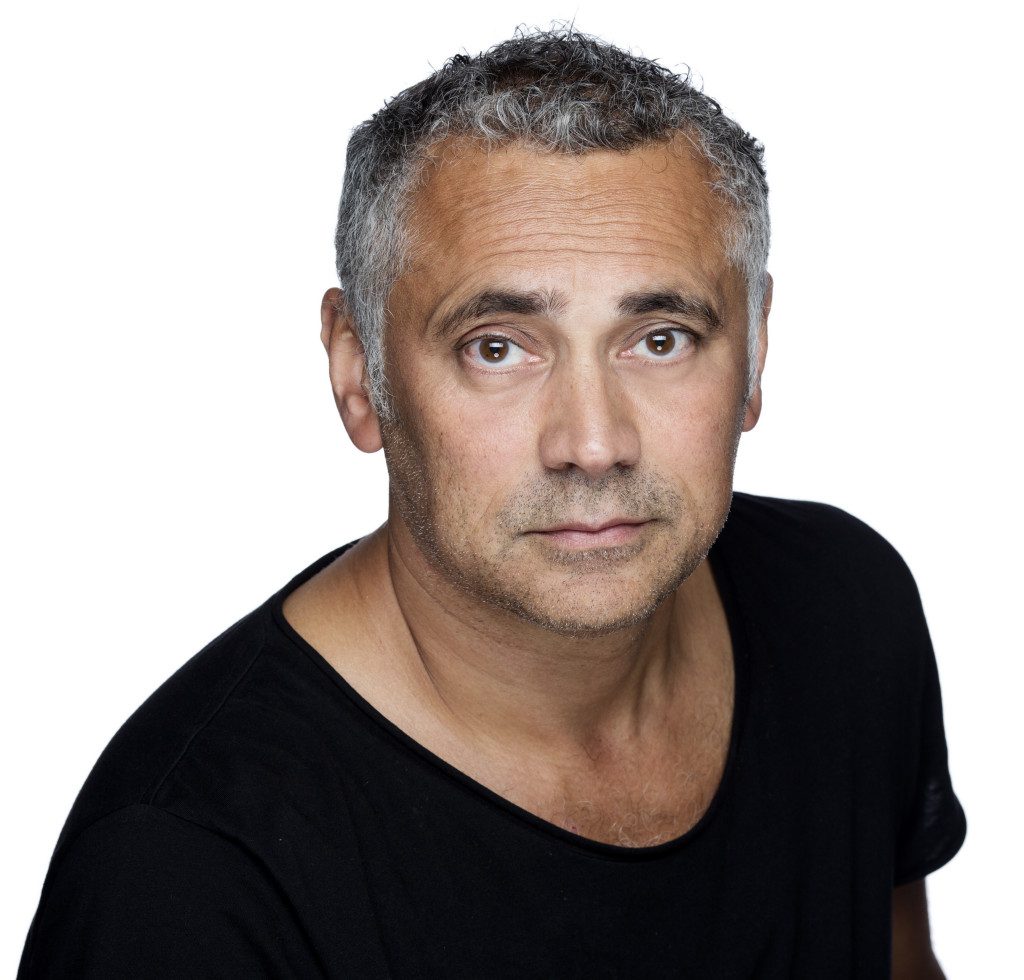 What, from your point of view, is it that makes Ibsen’s plays so special?

His intense scrutiny of the problems of identity and individuality, I suppose. But also his self scrutiny. Ibsen never creates a hero without placing dynamite at the pedestal. This goes specially for the characters that are advocating his own views, like Dr. Stockmann in An Enemy of the People, whom Ibsen expose with absolute mercilessness. Yes, and I love how he creates his own myth, posing as the ”poet sfinx” of the 19. Century, carefully exploiting modern media. I believe he was the first superstar in the age of mass media. Prophet and pop star in one.